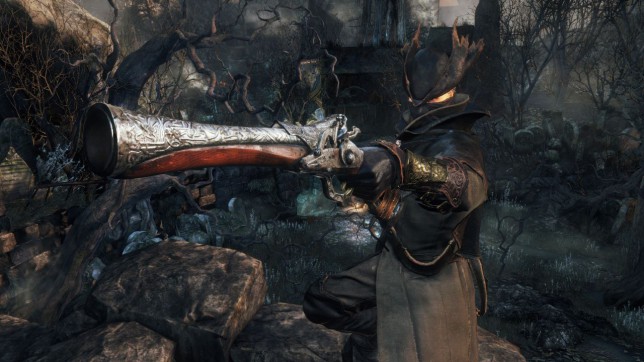 Speculation of a Bloodborne remaster or remake perked up following what looked like a Sony teaser on Twitter; one which was then deleted.

Elden Ring may be the current FromSoftware hotness, but for many Bloodborne is still their best title – and one of the best video games of all time. Which is why everyone’s been so confused that Sony hasn’t so much as mentioned the game since the PlayStation 5 launched.

Despite fans’ pleas and claims that there’s literally nothing stopping Sony from updating the game for the PlayStation 5, there hasn’t been so much as a whisper from the company regarding the game.

At least, not until recently. The official Sony Twitter account recently made a less than subtle reference to Bloodborne, immediately sparking assumptions that an announcement was coming… until Sony deleted it.

The original post can still be found thanks to people saving it for posterity. All it really showed is a blurry, but still recognisable, portion of Bloodborne’s box art with the caption ‘Can you see it? Which PlayStation game cover are we zooming in on?’

Giving the teasing manner of the tweet, it’s hardly surprising that already fervent fans would immediately suspect this meant something more.

Unless this is some big brained attempt at viral marketing, however, Sony’s removal of the tweet suggests that it saw the speculation ramp up in response, realised it was getting fans excited over nothing, and took it down so as not to let things escalate.

Once again, fans have been left disappointed, although it’s at least yielded some humorous responses and perhaps has taught Sony to be more careful about referencing Bloodborne in the future.

Bloodborne is available now for PlayStation 4.