Bravely Default 2 is not without its funny moments. Despite its focus on survival, the game has its humor. A huge amount of extra fun players will get out of the game is through the power of memes.

There is plenty in here to compare with other games or media franchises that it’s hard to unsee once these pictures are seen. Some things will point out the game’s inconsistencies be it through story or gameplay mechanics, while others will be there just for the fun of it.

There will be some spoilers on that note so be warned. 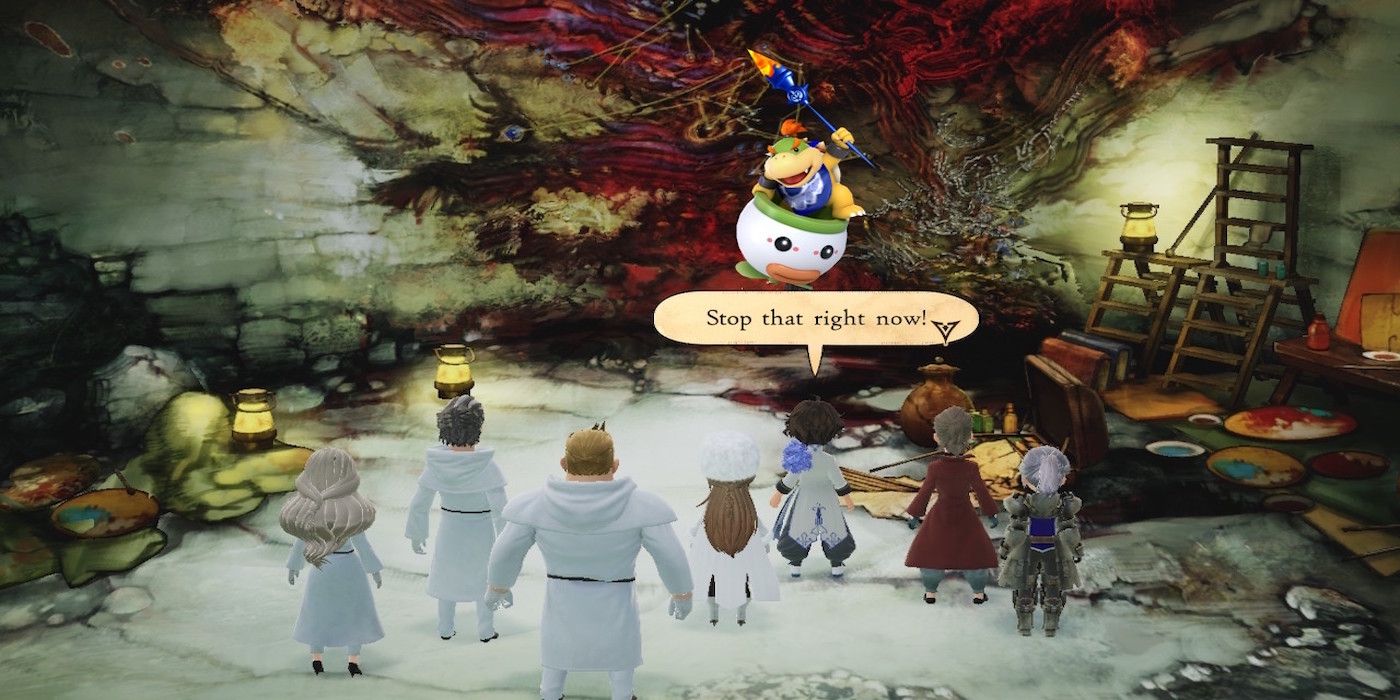 Folie is a Pictomancer, a painting mage essentially, who is behind all kinds of magical painting shenanigans in chapter two of the game. It makes sense then that Bowser Jr. could just as easily be behind these misdeeds since he also loves magical paintbrushes.

The big difference here is that he probably wouldn’t cause a genocide, at least we hope not. That’s a bit too dark for Nintendo. 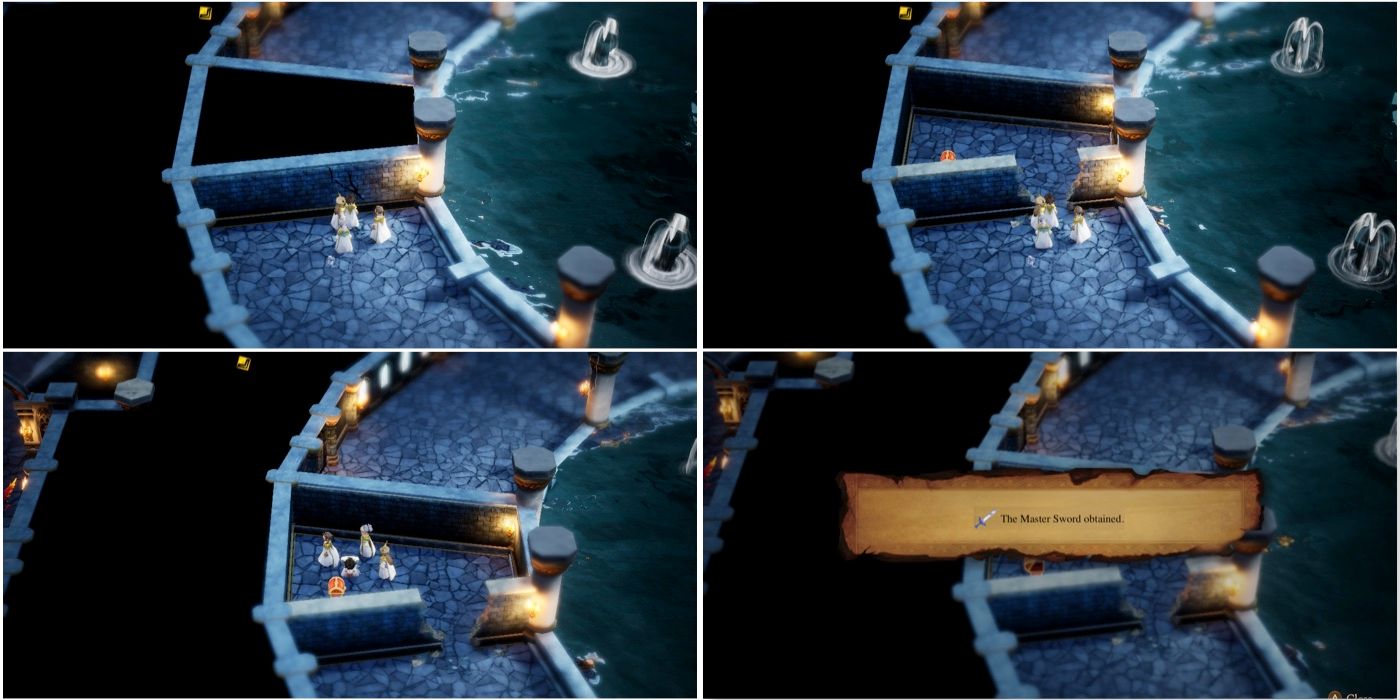 There is an odd mechanic that feels out of place in the game inside the basement of the Rimedhal church. Here, and only here, players can use their sword to knock down walls in order to reveal hidden passages.

Like the grass cutting, it’s a mechanic very reminiscent of the Zelda series. That’s why it’s funny then that the chest contained the Master Sword in this meme, even if it doesn’t make sense.

8 BB On The Beach 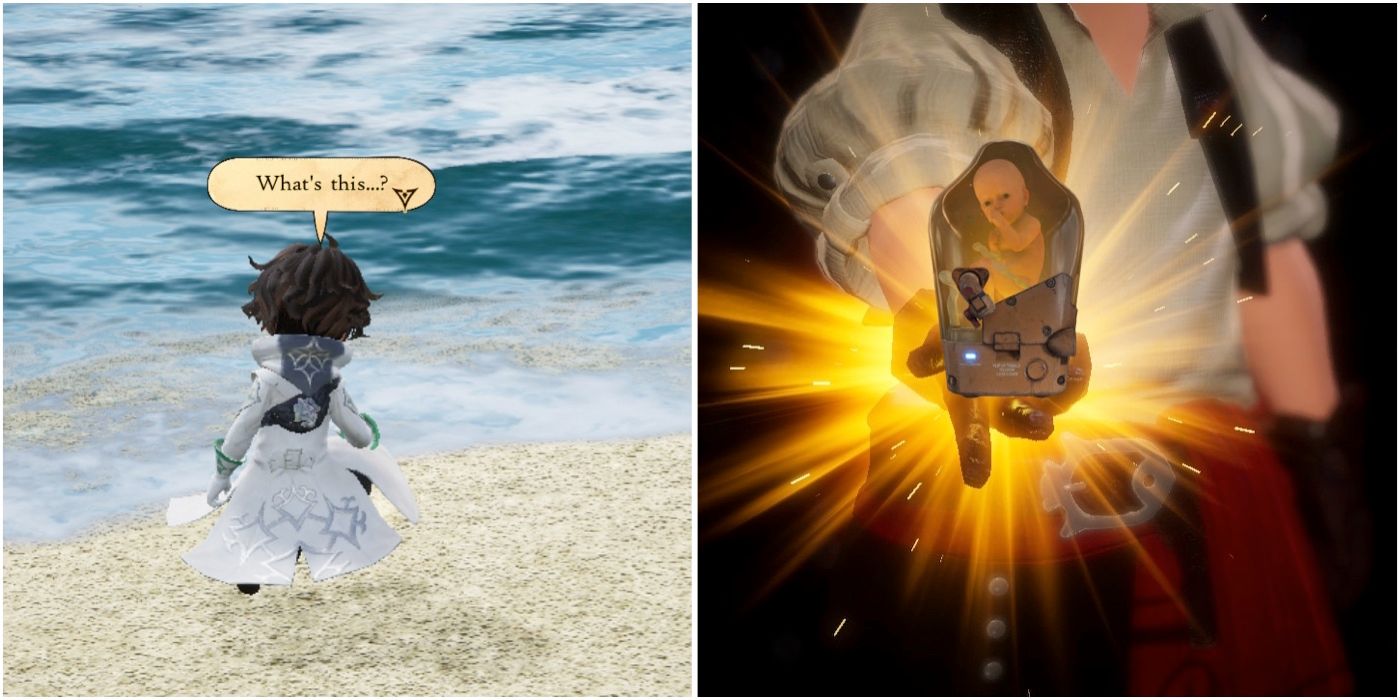 Seth saying “What’s this?” followed by him holding out his hand could be a series of memes about anything. Since it’s on the beach though, it does make some thematic sense for him to find a BB from Death Stranding.

That game has beaches to spare. That would be an odd crossover, but a delivery man Job could be interesting.

7 The Jedi Of Light 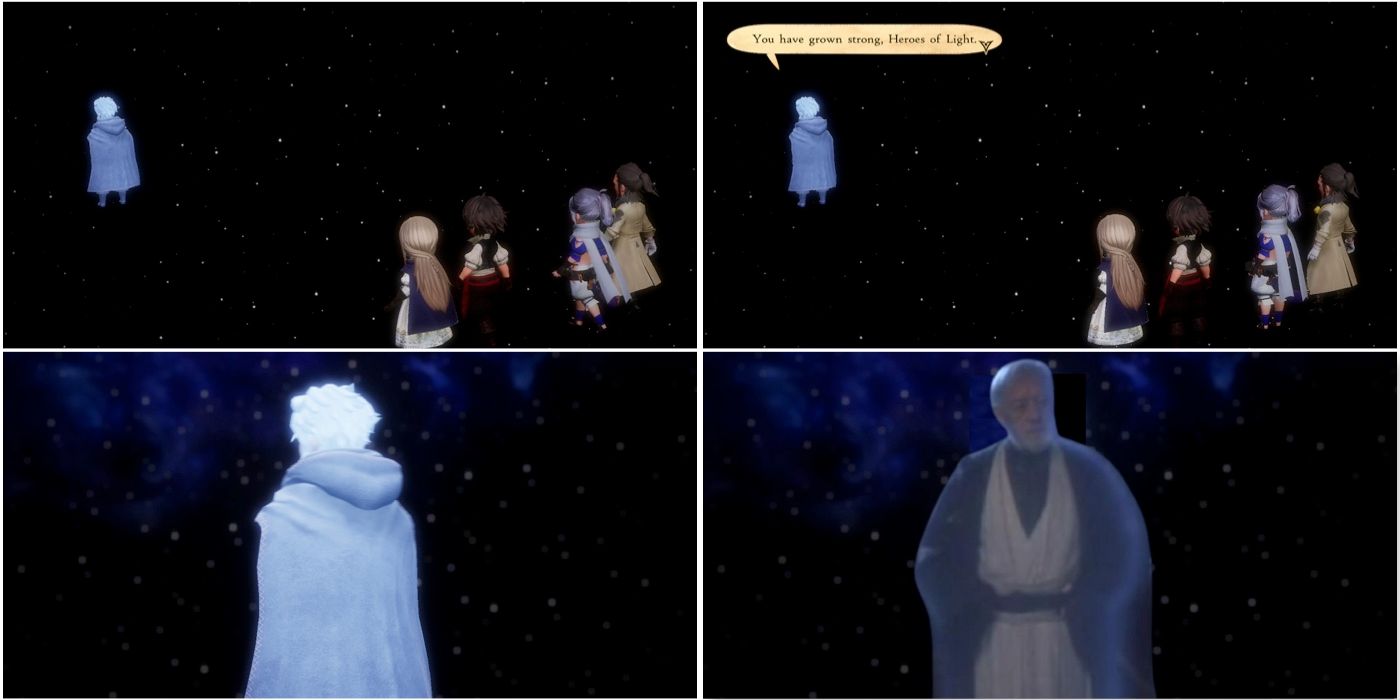 Whenever someone is seen as a blue ghost in any kind of media, it’s hard not to think about Star Wars. One can bet that that is exactly what the team at Square Enix were thinking when they made Sir Sloan into a blue ghost.

It makes comedic sense then to have this reveal be Obi-Wan instead. The Warriors of Light are practically Jedi anyway, which would be another fun crossover Job to see in this game come to think of it. 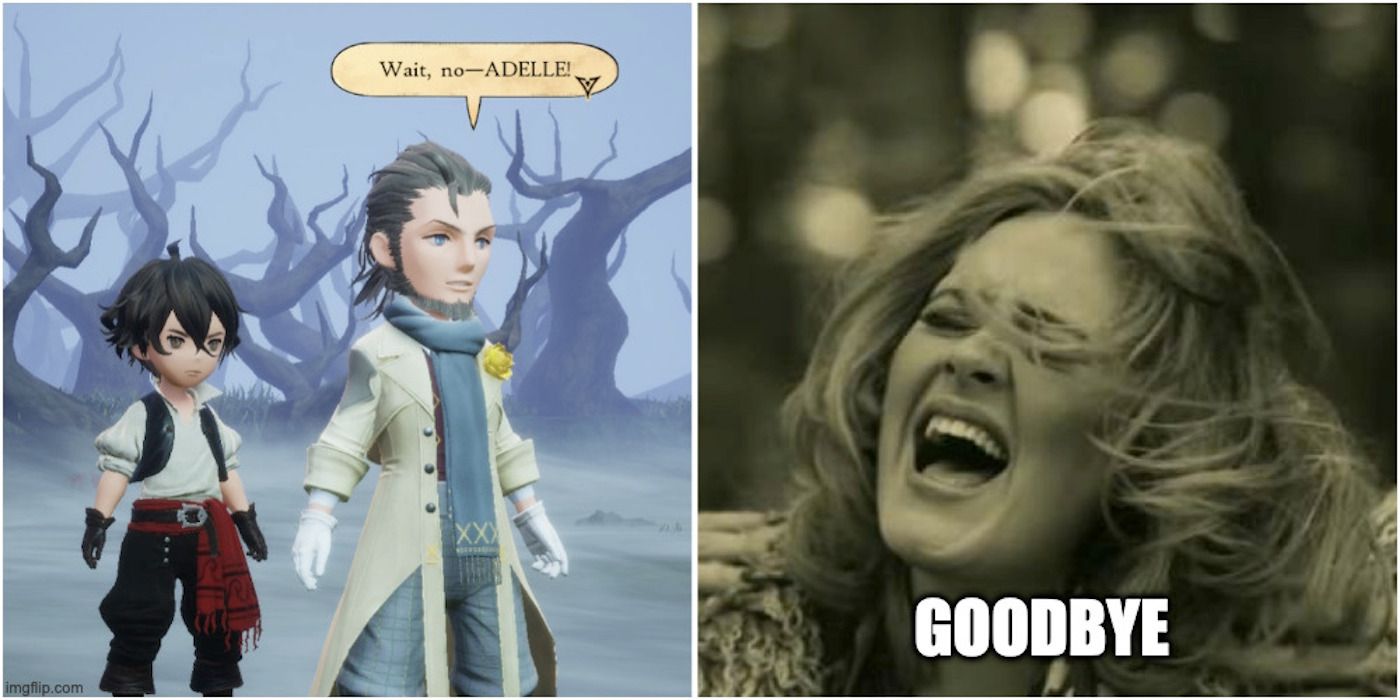 The spelling of this game’s Adelle and the pop singer Adele are different, but it doesn’t make this meme any less funny. It’s a playoff of her famous song Hello, as if that wasn’t obvious.

The scene in question from the game is the second false ending players can get. Elvis and the others have to say goodbye to Adelle as she seals off the fairy world to protect mankind from the Night’s Nexus. 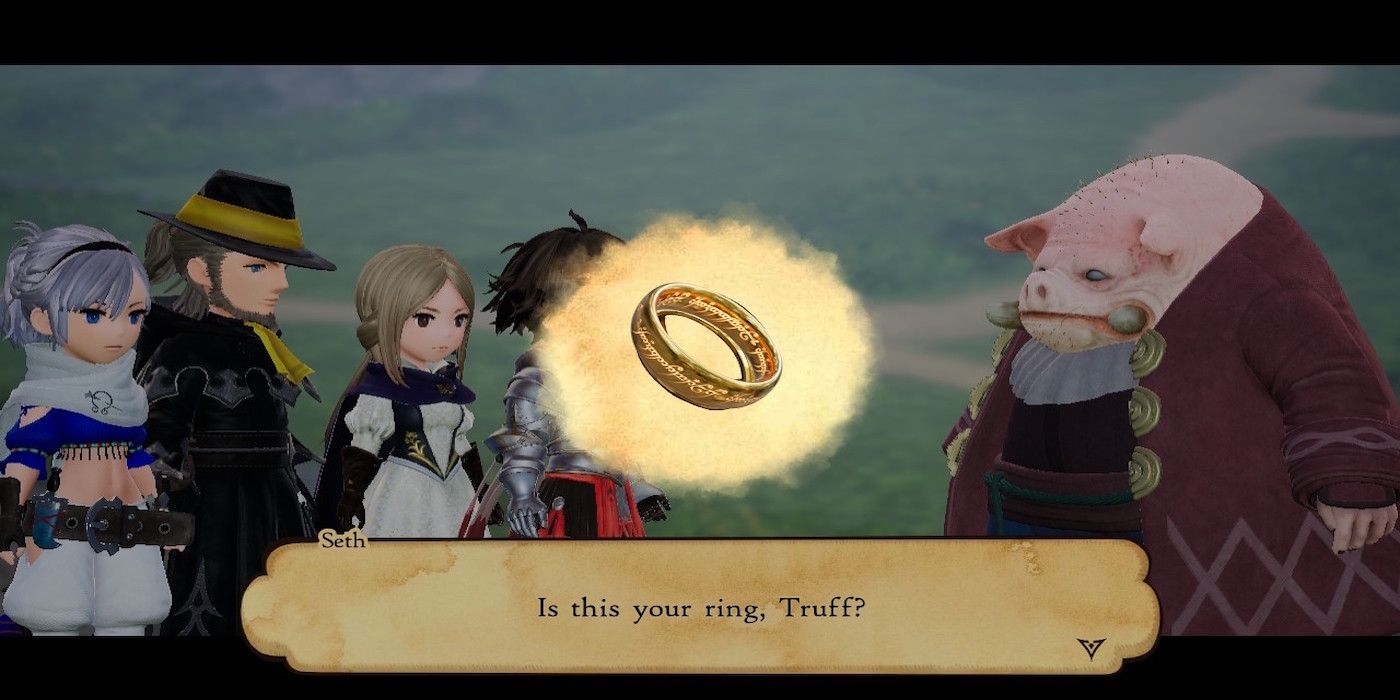 There is a mandatory quest that players must take on in the beginning area of the game. Human’s Best Friend starts off with this pig monster, Truff, looking for his ring. He then teaches the party how to cut grass, leading to this discovery.

Now, obviously, the ring they find in the game is not the One Ring from The Lord of the Rings, but it sure makes for a funny meme. 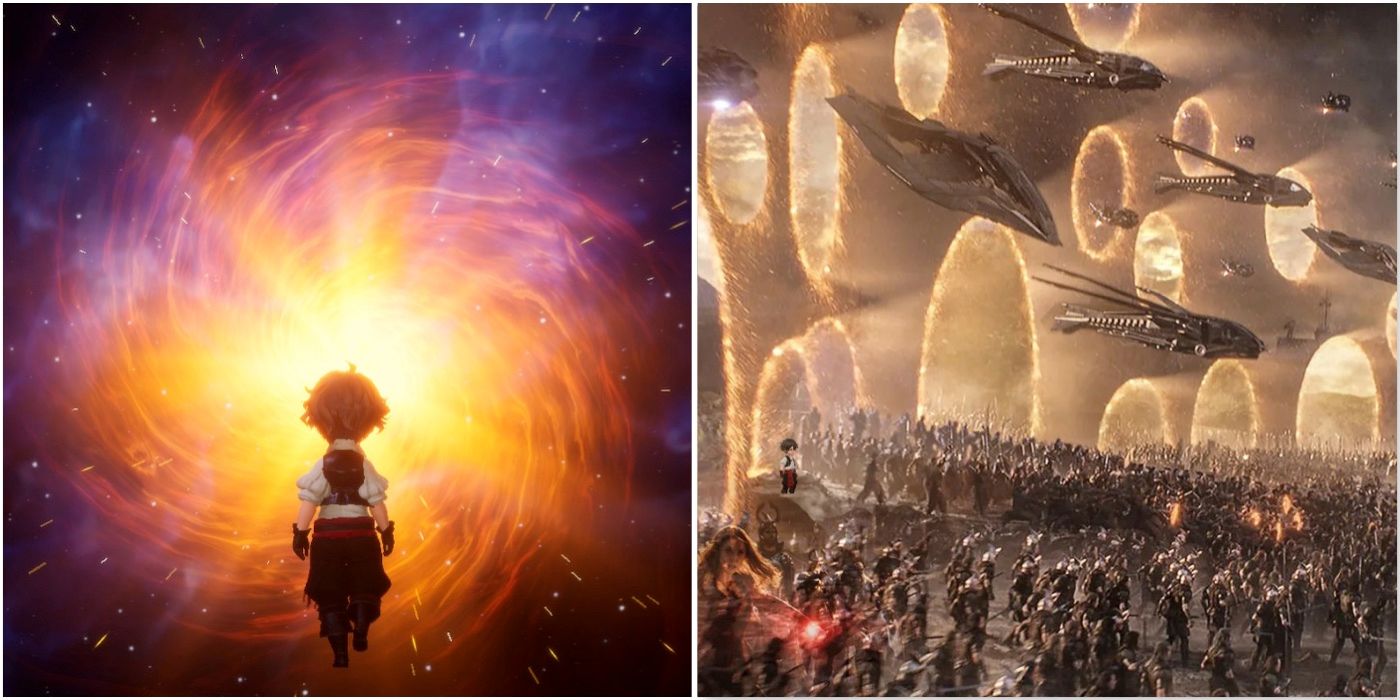 This is another meme that could work on many levels. Whenever someone, like Seth, awakened to their crystal powers, they left their subspace area through a portal. This portal could take them anywhere that would be funny, but seeing as the colorization is close to this movie, using it for Avengers: Endgame is pure comedy gold.

It’s a bit hard to see but Seth is indeed in the picture on the right, ready to fight Thanos at any cost. 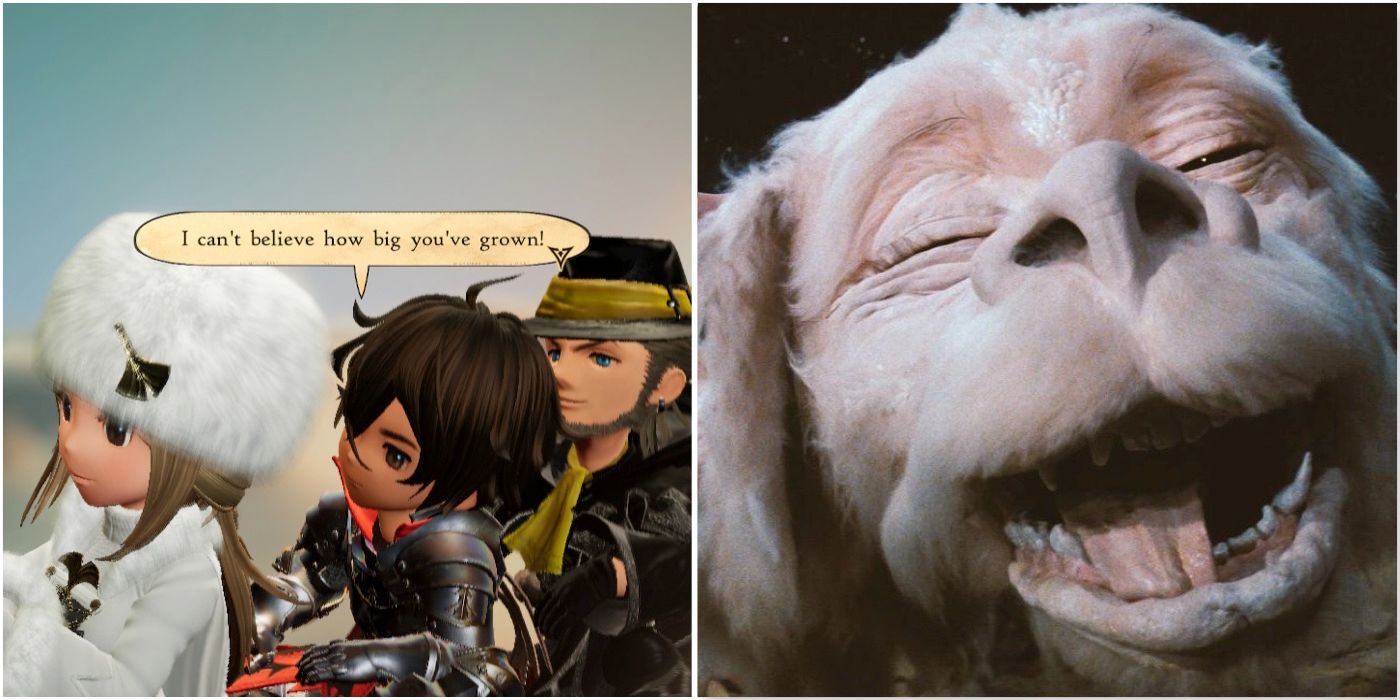 When the team is about to explode on Adam’s airship, they are rescued by Martha and Gwilym. Now, the way this scene is framed, it looks like an homage to The NeverEnding Story.

For those unaware, Falkor is a luck dragon that also carries fated passengers on his back. Gwilym and Falkor look different from each other in this game but the joke still fits either way. 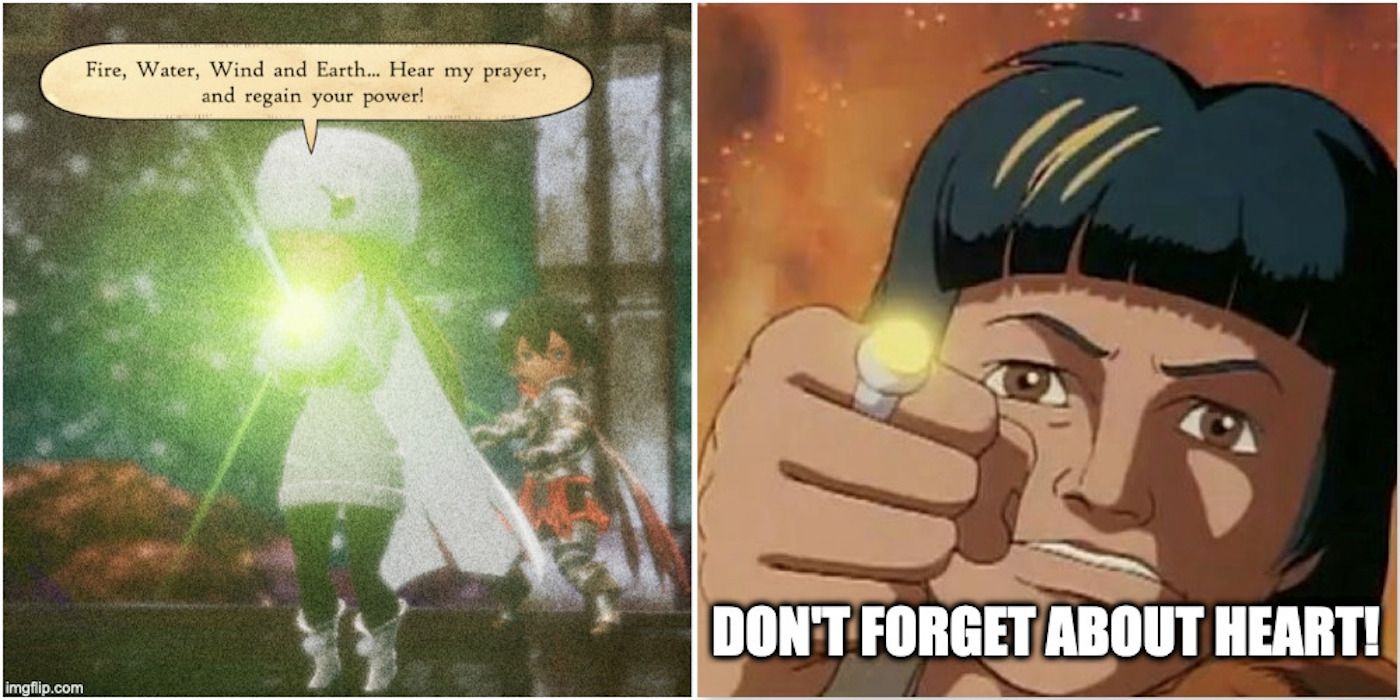 Captain Planet is no stranger to memes as are a plethora of ’80s and ’90s cartoons. It works well here since Gloria is beckoning most of the elemental rings from that show.

The only one missing is Heart, whose power was controlled by Ma-Ti. Everyone usually forgets about Heart. It was the joked about lame power even at the time. 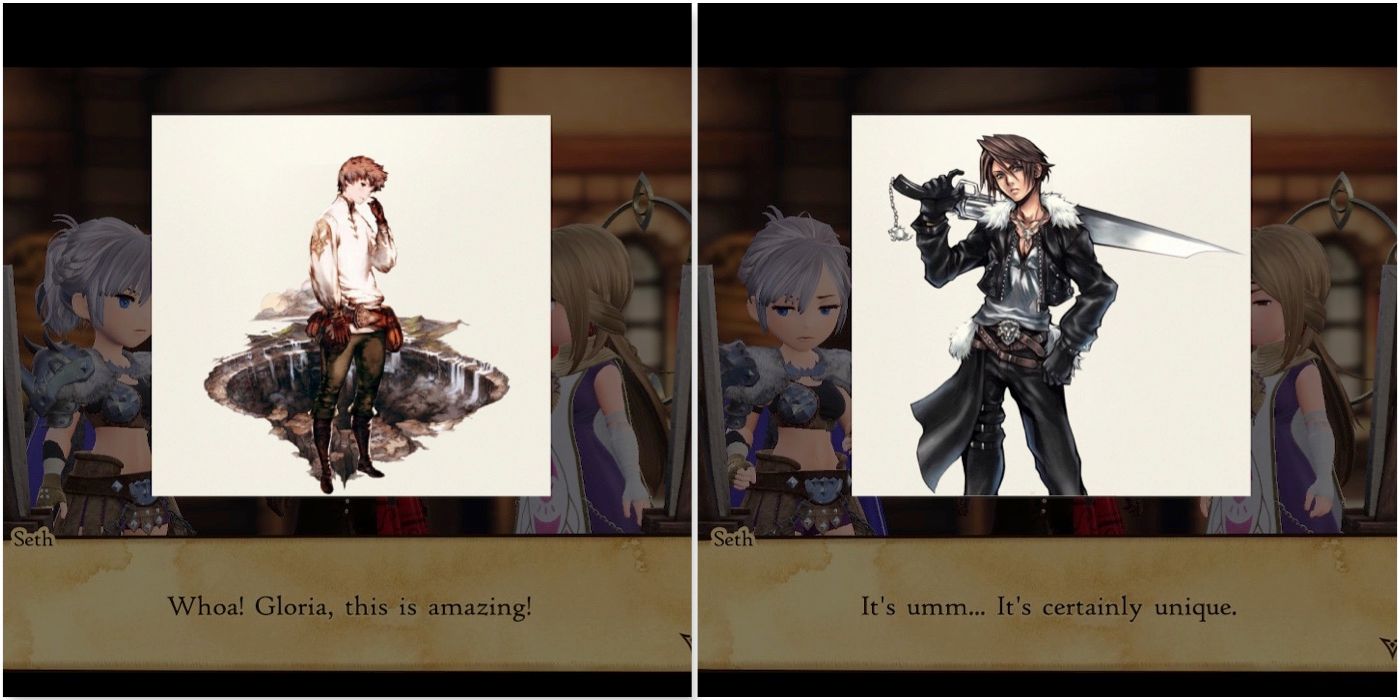 The Big Brush-Off is a side quest that players can take on about halfway through the game. Players need to find some pigment in the world so that Adelle and Gloria can have a painting contest based on drawing Seth.

The real paintings are almost meme-ready themselves, but the substitutes here make it even funnier. For Gloria, she painted Tiz, the hero of the first Bravely Default who looks a lot like Seth. For Adelle, she chose Squall who also looks like Seth especially with the costume.

Tristan Jurkovich began his career as a journalist in 2011. His childhood love of video games and writing fuel his passion for archiving this great medium’s annals. He dabbles in every genre, but he’s particularly fond of RPGs and portables. Secretly he enjoys the Just Dance series a little too much. Aside from writing, Tristan also hosts a plethora of shows on his YouTube Channel, ReActionExaminer.