Brigandine: The Legend of Runersia offers you a selection of difficulties based upon your faction choice. Some of the larger ones such as the Republic of Guimole or the Mana Saleesia Theocracy start you off with many settlements and resources to build up your armies. Smaller nations such as the Shinobi Tribe are more difficult for newer players, as you have less leeway for mistakes, due to your smaller scale.

Bordered by powerful enemies, this faction must rely on a skillful commander to claim their freedom. This guide will teach you who exactly the Shinobi Tribe are, their strengths and weaknesses on the campaign map, and some early game strategies for establishing a strong military foundation.

Who are the Shinobi Tribe? 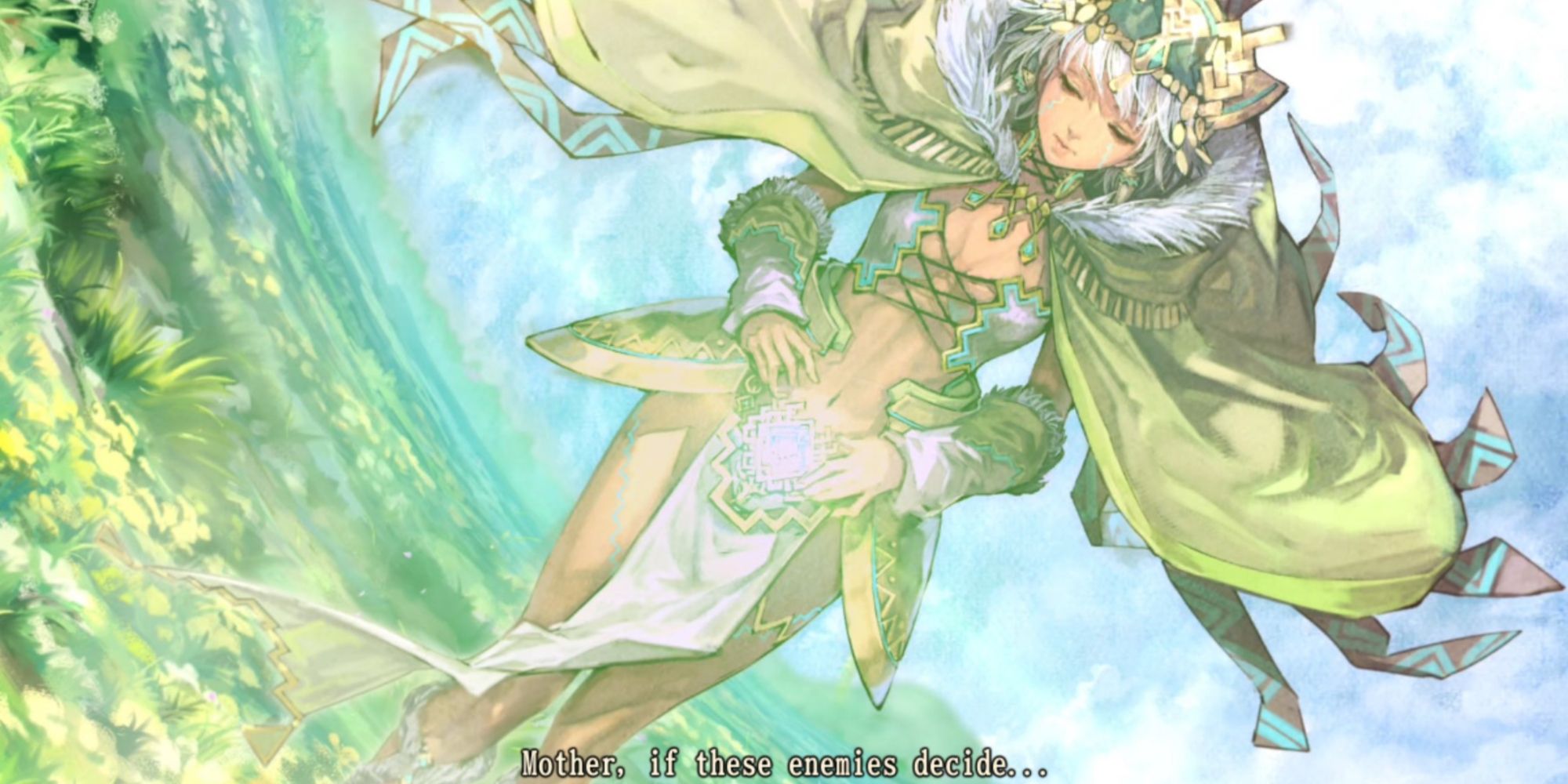 The Shinobi Tribe is a mysterious matriarchal culture that lives deep within the former Hazam Nation. A mountainous, forested region, the tribe's homeland serves as a strong natural barrier against would-be aggressors, and the Tribe has defended their leafy home for generations. They possess the Brigandine of Freedom, which represents the dream of their people: to be truly free from influences or dependency on other, larger nations. Their people are adept magic users, and regularly hire themselves out to other factions as spies or mercenaries, to financially support the Tribe.

Your faction leader is Talia, daughter of the Delia, the Shinobi Tribe's Chief. After witnessing the death of your best friend; Rei, you will don the Brigandine of Freedom and attempt to lead your people to find their path. Talia is a strong warrior and healer, who is skilled in the art of Shinobi magic, although she only begins the game at level eight. She is not an exceptional unique class, and you may find yourself relying on strong combinations rather than solo carrying battles with her.

Situated amid four large nations in The Norzaleo Kingdom, The Mana Saleesia Theocracy, The Republic of Guimole, and The Holy Gustava Empire, the forest fortress is a small nation and must contend with threats on all fronts. You will start with only five settlements, making you the joint smallest faction in the game, although your capital of Mezza is safely tucked away in the heart of your lands. In general, your starting location is fairly safe, as although your resources are low, there are only two entrances you need to worry about.

Your beginning Rune Knight levels are not the greatest in terms of strength, so you may benefit from a slow start, while you build up some levels through questing. Talia, Medessa, Sid, Jose, and Toby are your go-to Knights, and you should focus your resources on strengthening the armies of these champions. Toby is probably your strongest Rune Knight, as his Bazoo Knight class allows him to become the highest evasion character in the entire game. When used correctly he can effectively dodge enormous of amounts of damage, so he is well worth investing time into levelling.

Your twelve starting Rune Knights are: 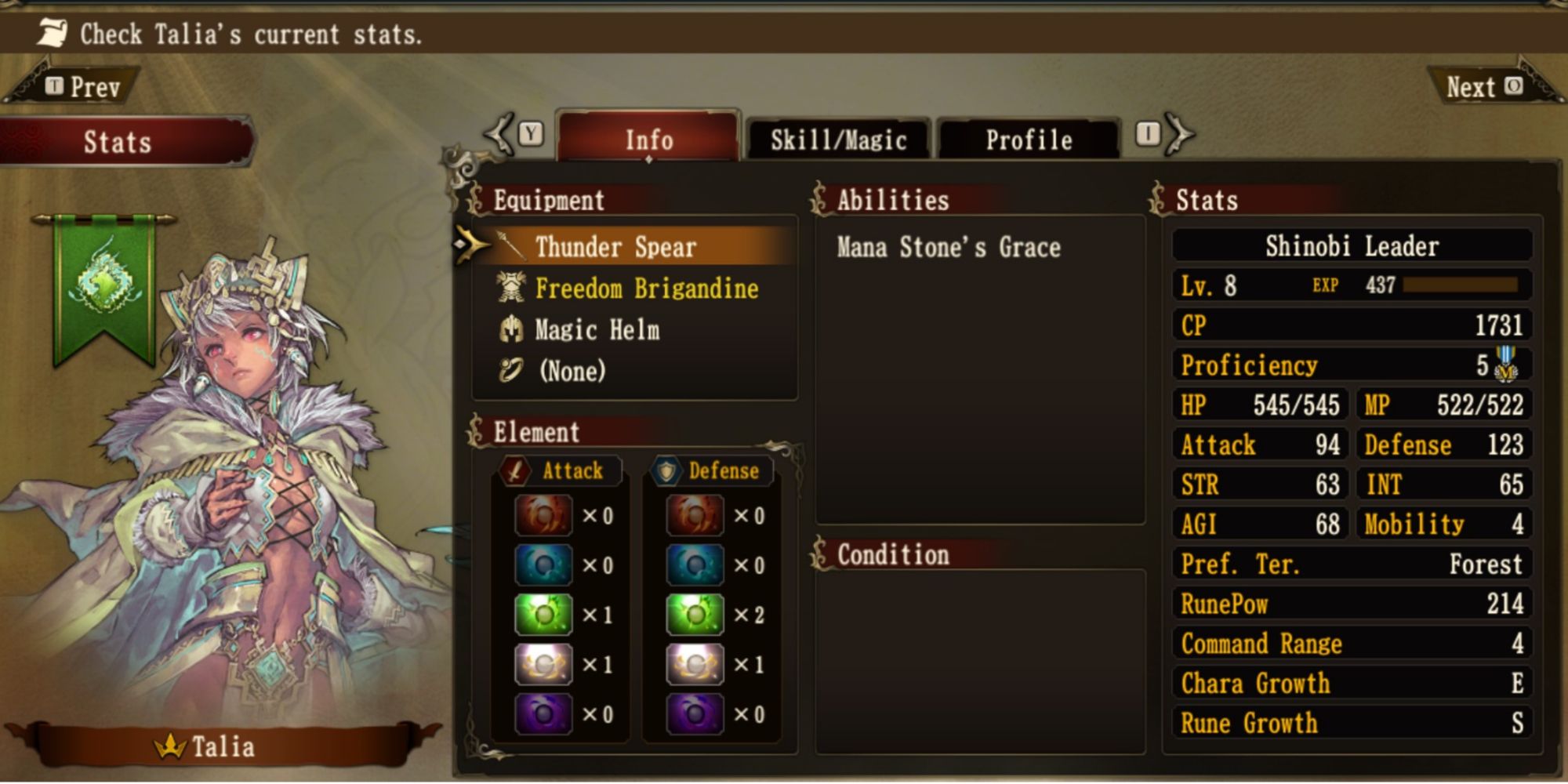 On your Western border, the settlement of Fupai provides entry into The Republic of Guimole, and by extension, The Norzaleo Kingdom. Upon taking Cornwern, you will either be able to travel North or South, and this is the key settlement to hold if you wish to expand into Western territories. Generally considered the safest strategic gameplay, traveling North into the Norzaleo Kingdom will not expose you to any new fronts from which to defend. Push into Harmonia from Cornwern, and leave an army behind to defend. As long as you keep your Eastern territory safely guarded, you should be able to plunder your way through the Kingdom and meet up with your other border to the North. This will give you a safe piece of land and should be doable provided you are not stabbed in the back too often by other nations.

As with all factions, stacking the Elemental monsters is the strongest, yet cheesiest tactic. Their Prism Shot will allow you to snipe any enemy lord with minimal casualties and is by far the easiest way of playing the game. However, it can be quite boring, so feel free to mix things up with a variety of monsters. You need not rush into conquest, as some of your Rune Knights could do with some training, and after claiming The Norzaleo Kingdom's territory, you could comfortably sit and consolidate. The Republic of Guimole is rarely a large issue, as they have other nations to contend with.

Just remember to keep some strong armies in the Koaloopa settlement, to prevent an invasion from the East.