Bright Memory: Infinite is teeming with ferocious boss battles to test and build your skills. As well as General Lin's henchmen and the ancient soldiers who teleport in through mystical portals, Shelia must go up against fantastical creatures with only four guns at her disposal.

One of the bosses you'll face off with is The Giant King, a gargantuan monster who has to be defeated not once but twice. If you're having trouble dodging his gigantic hammer attacks, this guide will give you tips and tricks to get past him in a snap.

How To Beat The Giant King — First Round 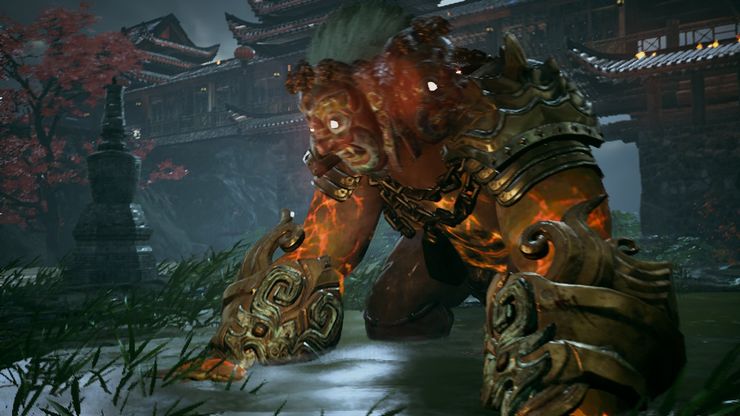 The Giant King drops out of nowhere into Chapter Three, 'Surrounded'.

In this first stage of the battle, his attack moves are centred around his melee hammer weapon and his ability to crush you underfoot if you get too close.

For these reasons, you'll want to keep your distance from him at all times, denying him the chance to stomp you out or whack you with the giant hammer.

Standing well away, slice him up with some ranged Blade Slashes and follow them up by pelting him with sniper rounds. Sniper bullets deal the most damage per bullet out of all four gun types at Shelia's fingertips, so combine these with some Incendiary rounds from your handgun to lay waste to the Giant quickly.

He will come crashing down soon enough — but the fight's not over yet.

How To Beat The Giant King — Second Round 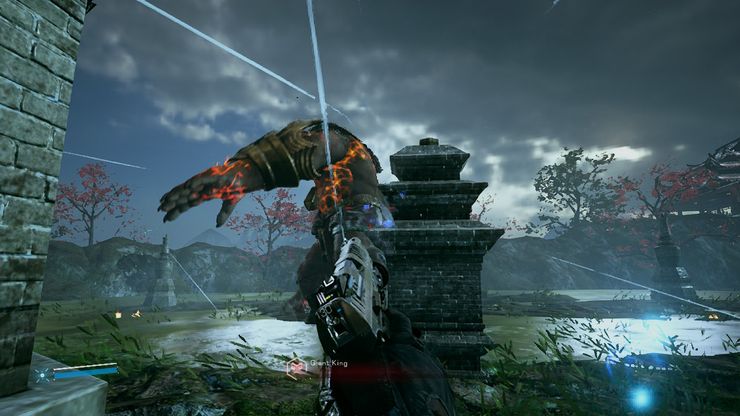 When the Giant King regenerates, he is back in action with some killer new moves to boot.

Now, he's ditched the massive mallet for some humongous boulders instead. He starts to throw them at you, enraged, whilst also lashing out with punches and kicks.

These can be easily dodged, and you should make use of his vulnerability when he stoops to pick up his rocks by swapping to your shotgun and unloading your regular ammo and Shrapnel Bomb ammo into him.

The Shrapnel Bombs litter fiery pellets in a wide spray that continues to burn and deal sustained damage over time. This is similar to Sticky Bombs — the sniper rifle's special ammo type — in that you don't have to be actively shooting in order to keep dealing damage to your target. However, it's unlikely that you will have all these abilities unlocked to their full potential at this critical mid-point in the game, so you'll have to be judicious when using those Reliquaries to upgrade skills.

If you have any Incendiary Grenades left over, now is the time to use them. You can also try switching it up with some Exo Unit Arm attacks, including the Shock Punch which does hefty damage and staggers him nicely.

Be careful — the Giant has a mean stomp, and you'll have to get up close and personal with the guy in order to land Shock Punches properly. If you want to keep a safe distance, try a Ground Quake move instead. This Exo arm ability sends a shockwave through the ground, damaging and staggering anything in its path.