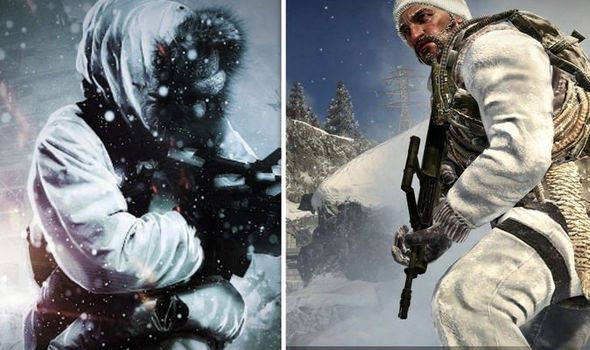 After months of waiting, fans will get a glimpse of the new game during a reveal planned for 5pm BST on August 10.

The extent of the reveal is yet to be confirmed, but fans will be hoping for more than just a cinematic trailer or logo.

After such a lengthy wait for any kind of information, fans want a release date and extensive gameplay footage, or maybe even a look at next-gen upgrades.

The timing of the reveal was confirmed by COD influencers such as CharlieIntel, who recently received a mysterious Call of Duty crate.

The locked crate can only be opened when Activision sends out a code at 5pm later today.

Visual glitches featuring the message, “know your history”, started appearing in Warzone late last week. This was followed by the appearance of mysterious gas cannisters scattered throughout the Warzone map. Other leaks suggest the reveal will take place in the Gulag.

Express Online will update this article once the Call of Duty 2020 reveal goes live later today.

Of course, if recent leaks are anything to go by, the finer details of Call of Duty 2020 may have already been revealed.

It all stems from the release of an alpha build for Call of Duty 2020, which was discovered on Xbox servers last month.

Codenamed ‘The Red Door’, the Call of Duty 2020 alpha build has already had its contents leaked by expert dataminer Prototype Warehouse.

It seems the campaign will take place in locations such as Germany, Russia, Vietnam, and even Nicaragua.

Multiplayer, meanwhile, will take place on maps based in everywhere from Moscow to Miami.

According to the leak, Warzone will add a new forest area, ski slopes, Russian location and a Duga radar POI.

Previous reports have suggested that elements of Call of Duty 2020 will be integrated into Warzone, so the leak certainly checks out with the recent in-game teasers.