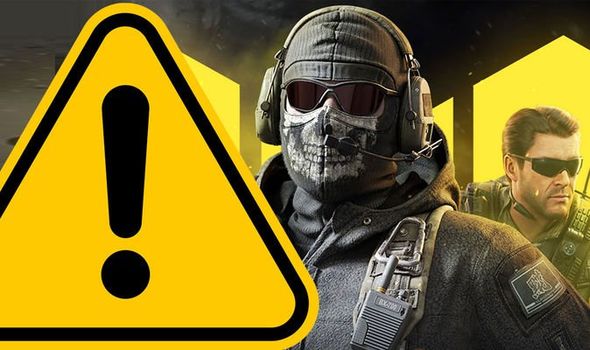 Call of Duty is one of the most iconic and popular gaming series around. And one fan of the hit shooter has been left in a frustrating situation after allegedly spending over £4,000 on the game, only to be served with a ten year ban. As reported by Dexerto, the unusual scenario was outlined by a Call of Duty Mobile player on Reddit.

The COD fan claimed they received the ban after moving from Pakistan to Australia.

After moving thousands of miles around the world, the Redditor said they found their prized Call of Duty Mobile account – which they spent over $6,000 on – was blocked.

At the time of writing that’s the equivalent of around £4,373.

That is a whopping amount of money to spend on the free-to-play game that is available for iOS and Android smartphones.

The gamer explained that after arriving in Australia they decided to load up Call of Duty Mobile – and were swiftly handed a 10 minute ban.

At first the Call of Duty fan didn’t think much of this, but was then given a one hour ban.

And then, later on, the gamer was left stunned as they were allegedly handed a whopping 10 year ban.

“However, yesterday I received a 10 minute ban but I didn’t think much of it as it was only 10 mins.

“When I hopped on today, I got banned again for one hour. I have no idea why this is happening.

“I am not using any third party apps or hacks or anything like that.

“My other account which I registered in Australia is working fine.

“So I think this could be because the game detects I am using a VPN since the other account was registered in Pakistan.”

The poster went on to add: “I have spent over $6000 on this account and do not want anything to happen to it. I am afraid to log on this account, because I don’t want anymore bans Please help”.