The STB 556 is arguably the strongest assault rifle in Call of Duty: Modern Warfare 2. It has an absurdly low time-to-kill, virtually no recoil, and a mobility stat that's closer to an SMG than an assault rifle. If you love hard-hitting weapons but can't stand slow strafe speeds, the STB 556 was made for you.

Not much is required for the STB 556 to shine, but a good build can turn this weapon into a long-range laser or a hard-hitting SMG/AR hybrid. This guide will cover two builds for the STB, ranging from mid-range dueling to a CQC powerhouse. From attachments to loadouts, here are the best builds for the STB 556 in Call of Duty: Modern Warfare 2. 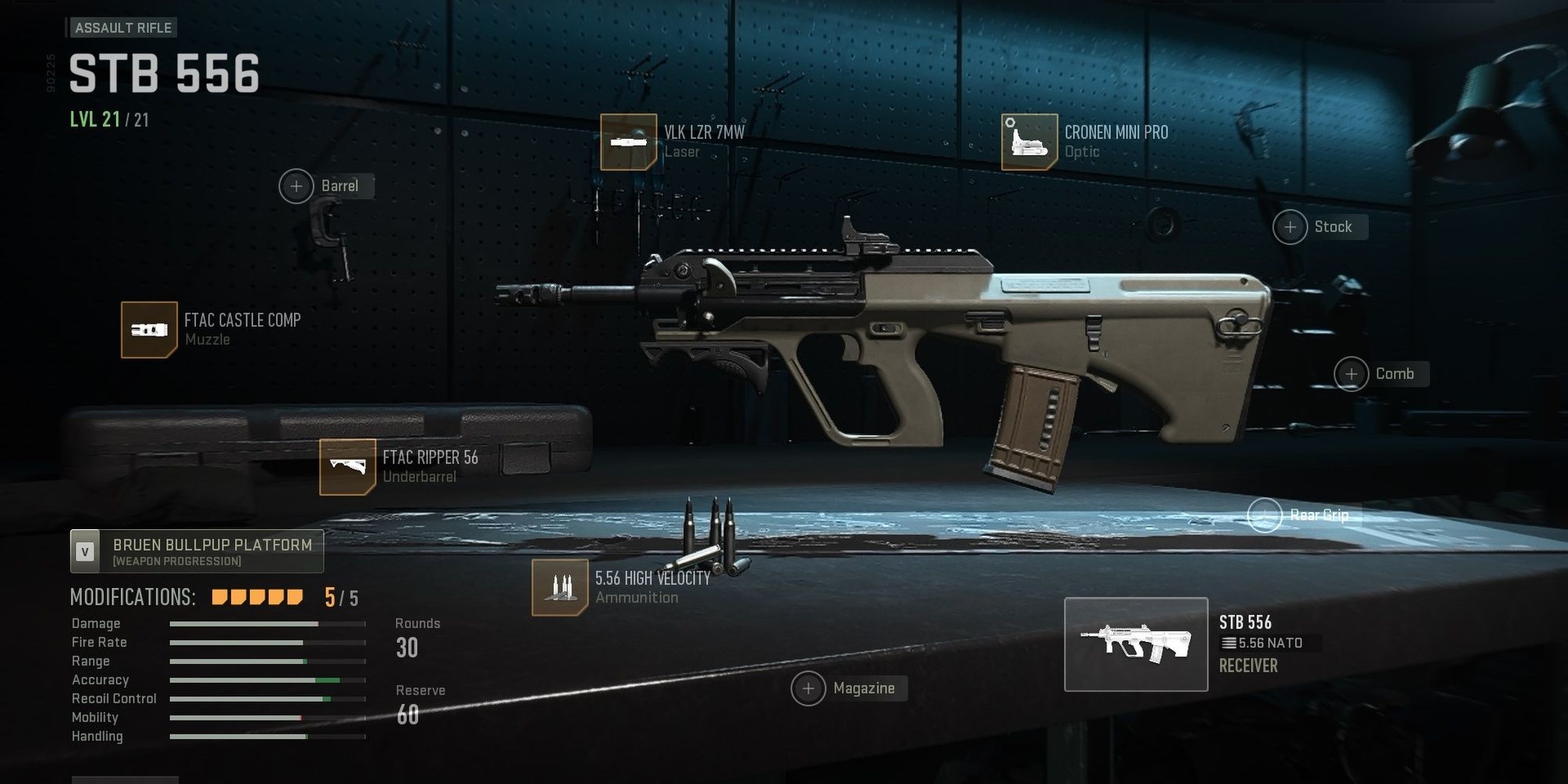 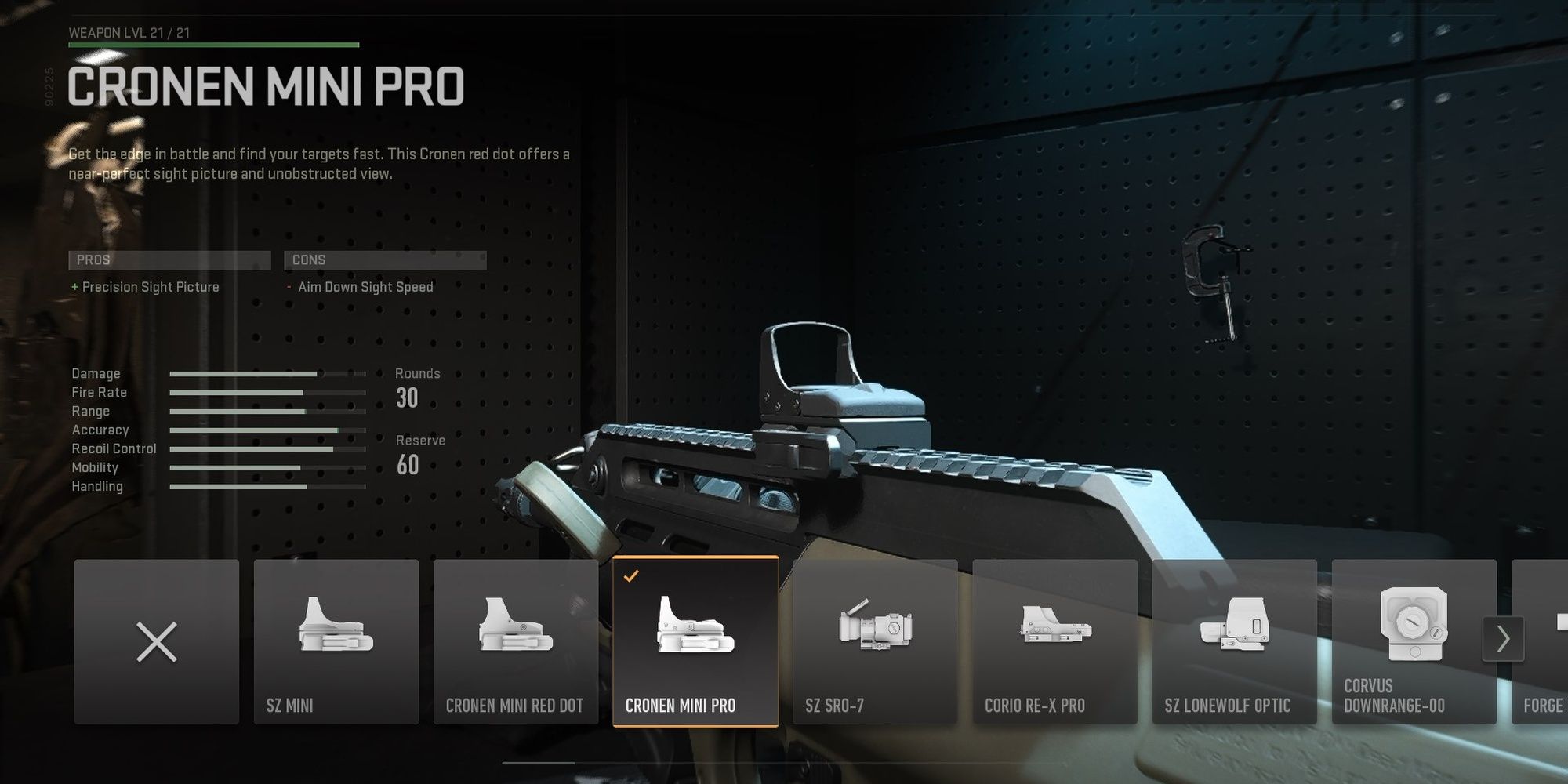 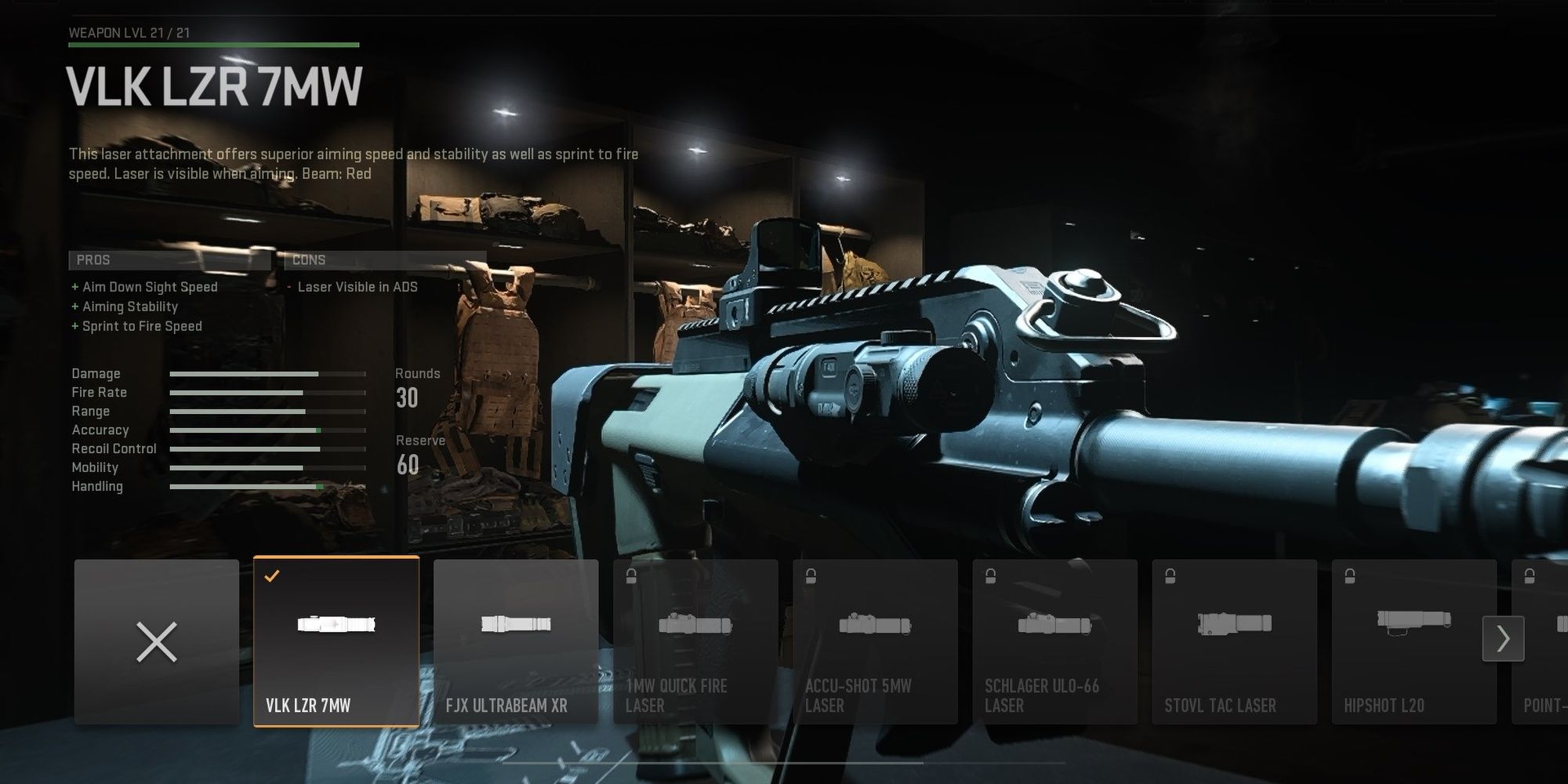 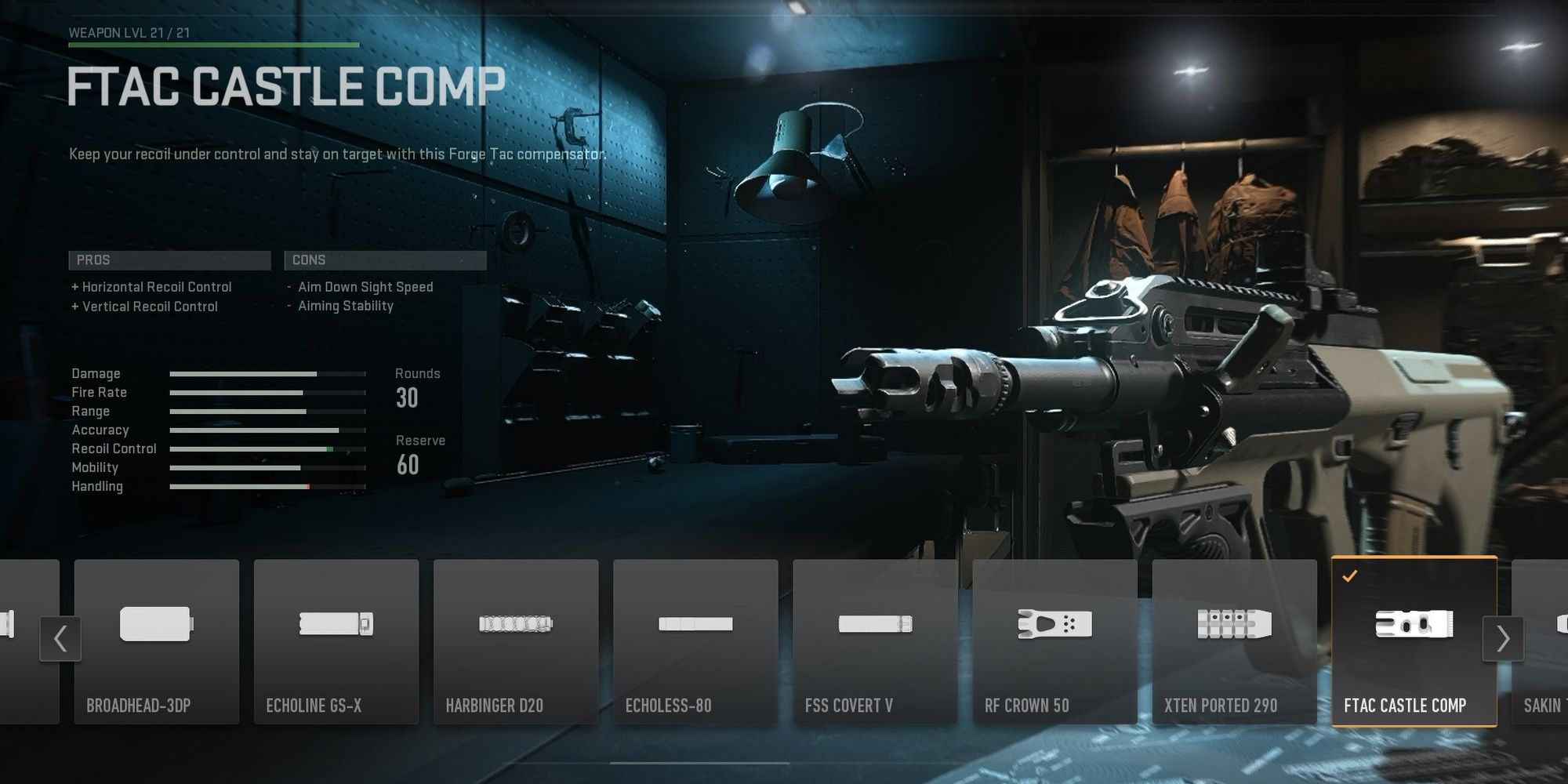 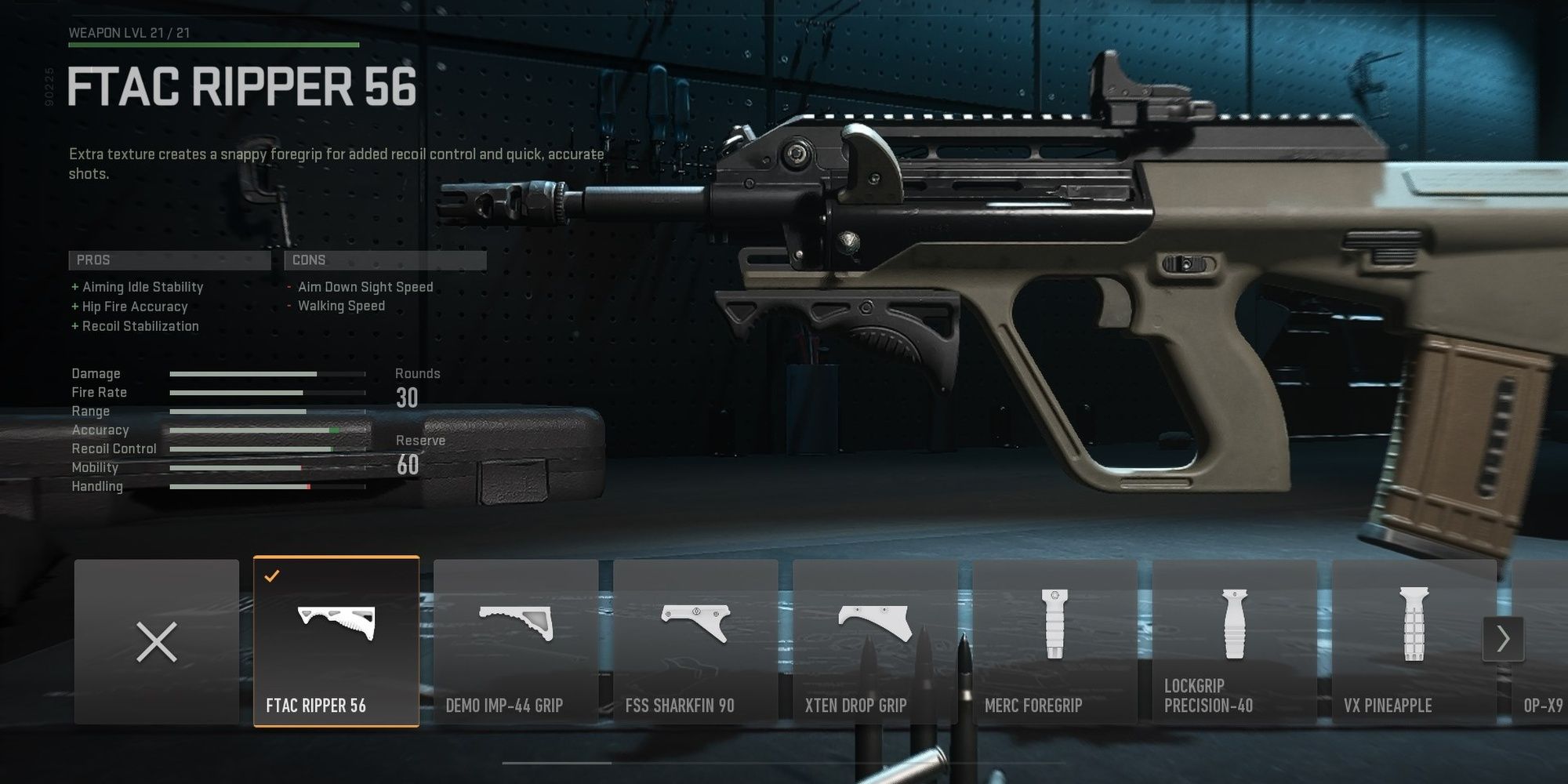 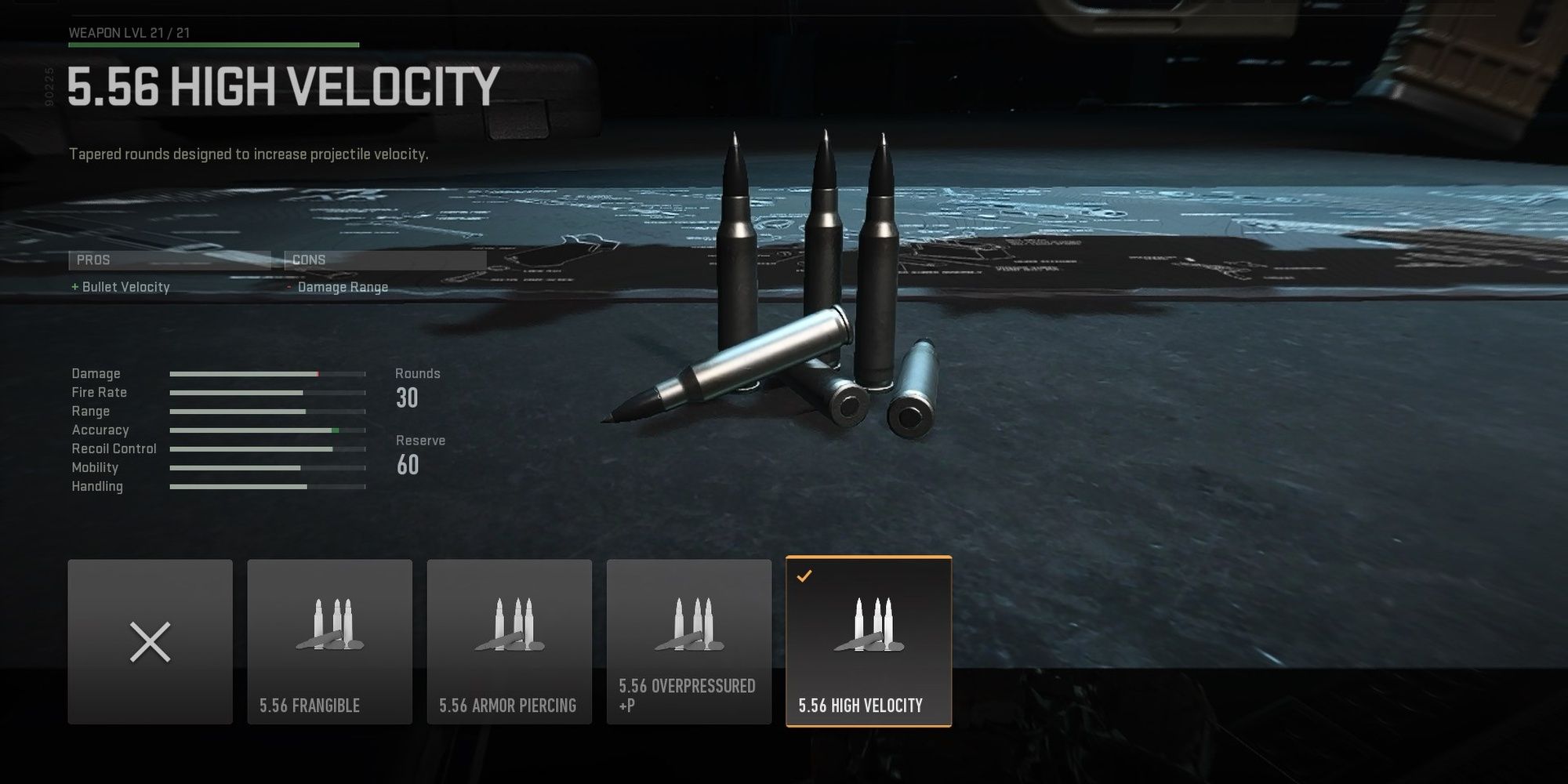 This build focuses on maximizing the STB's accuracy, leaning more heavily toward the gun's assault rifle qualities. Quite a few accuracy-boosting attachments are used to ensure your reticle stays on target for mid-range dueling. We use any optic—we like the Cronen Mini Pro the most—alongside the FTAC Ripper 56 underbarrel to drastically improve our accuracy. The FTAC Castle Comp muzzle break tightens our spray pattern, then we top it off with 5.56 High Velocity ammo for general long-range consistency. To compensate for the slower draw time, we use the VLK LZR 7MW laser attachment.

You'll do well in all game types with this STB build, especially in 6v6 modes. The weapon handles similarly to the M4 but with a slower fire rate. Keep your duels to medium range, aim for the chest, then let the gun's inherent recoil climb toward their skull. Bear in mind that the STB has somewhat strict damage falloff, so you want to avoid long-range duels at all costs. CQC fights work well here, but those who love playing aggressively will want to use our next build instead.

Complement the STB with consistency perks and equipment. Since you'll be holding your ground most of the time, a Trophy System and the Ghost perk work exceptionally well. Ghost will hide you from UAVs for the second half of every game, making pre-aim deaths much less common. The Trophy System is for objective modes like Hardpoint where you need to remain stationary. For more mobile play, use Dead Silence. Everything else is down to preference, but we'd be hard-pressed not to recommend Drill Charges for combating campers. 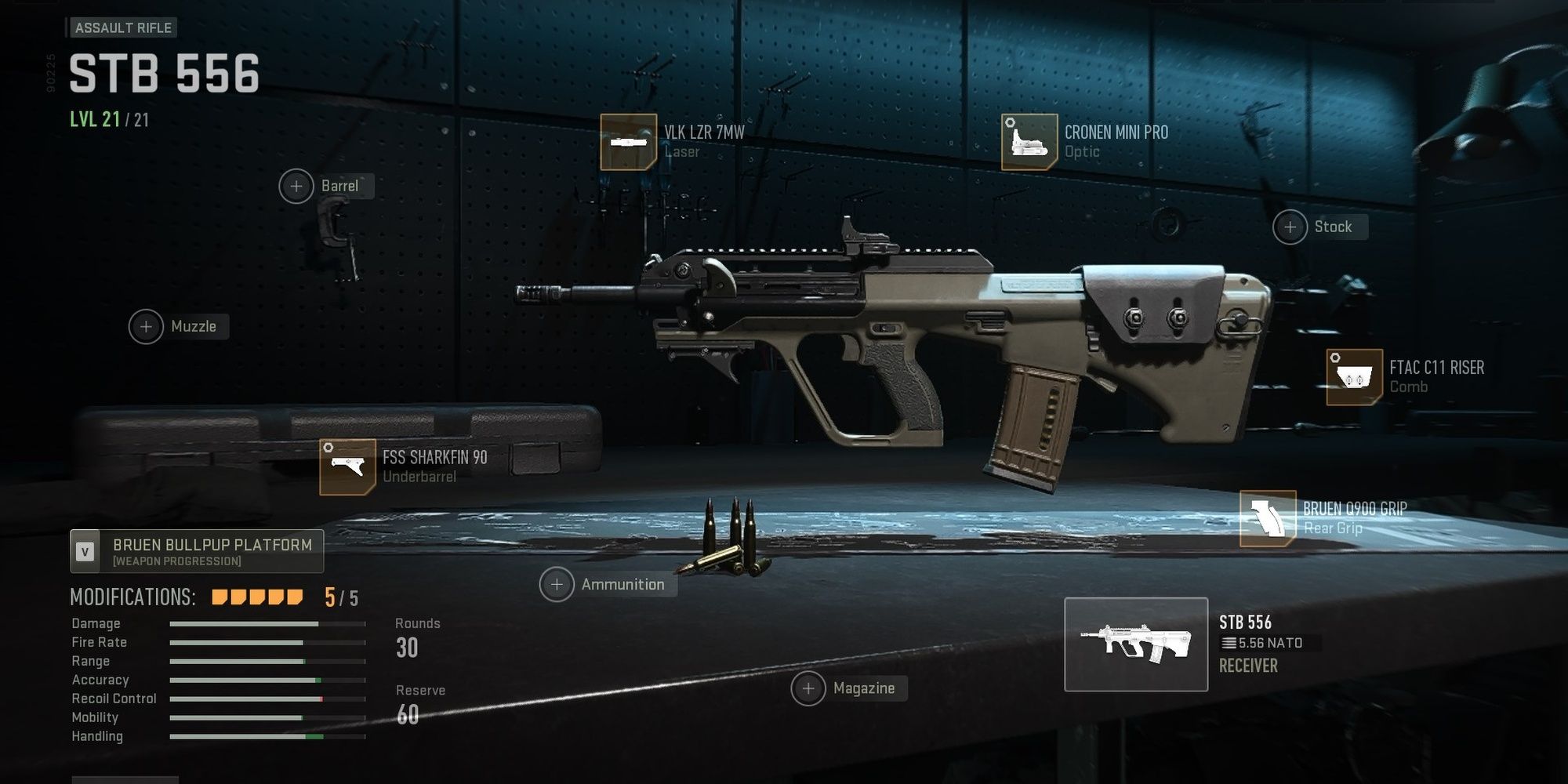 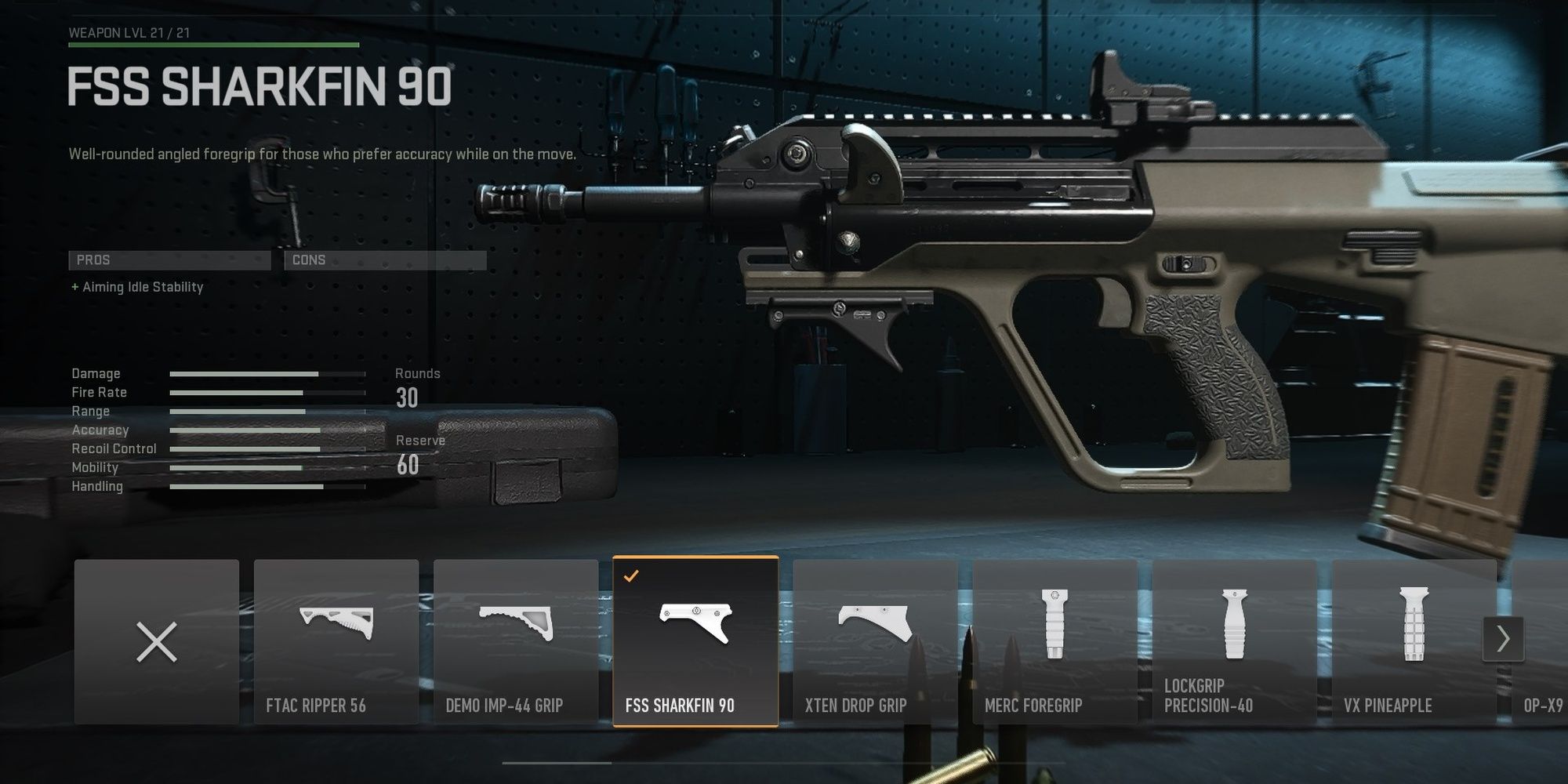 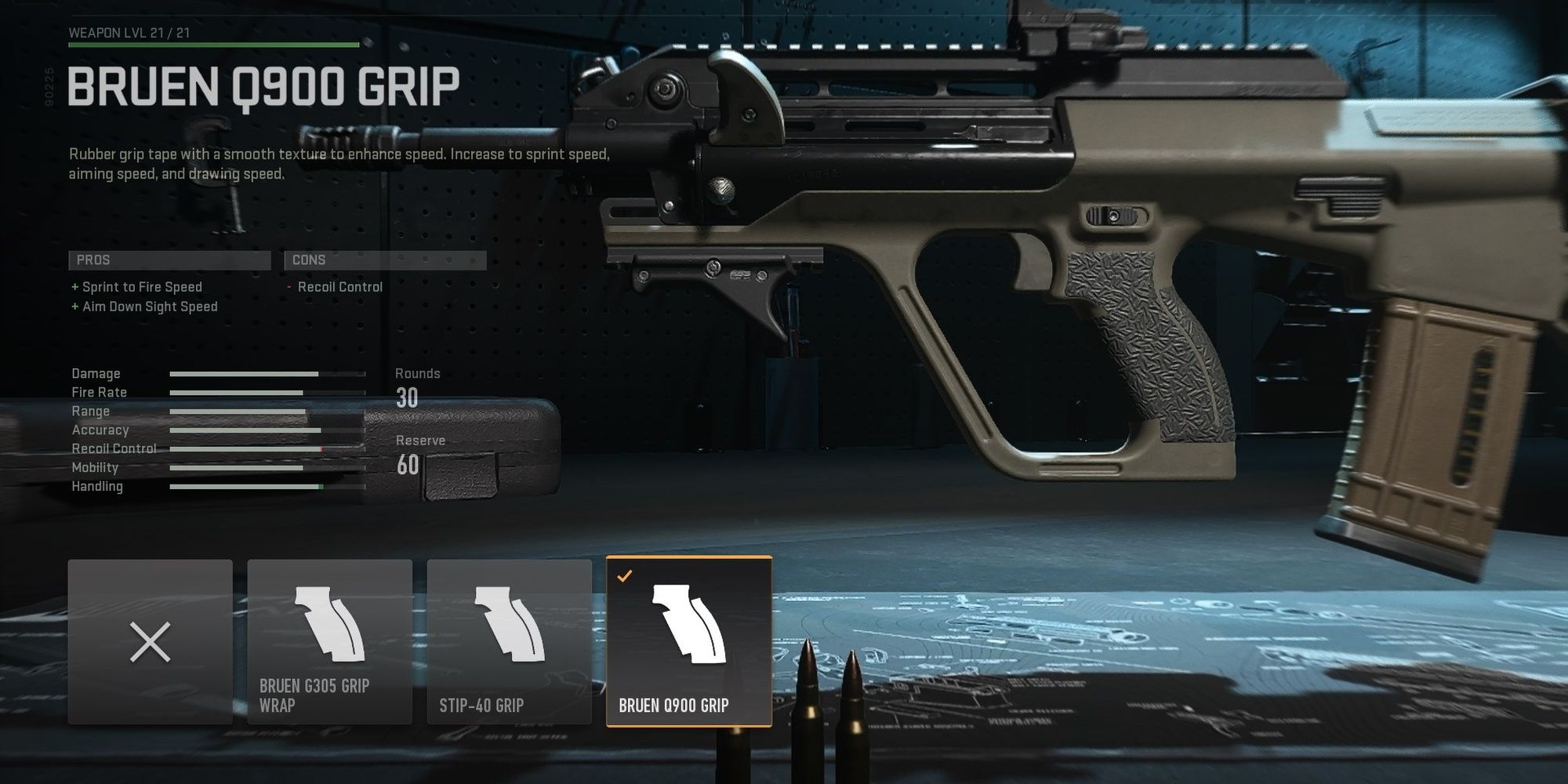 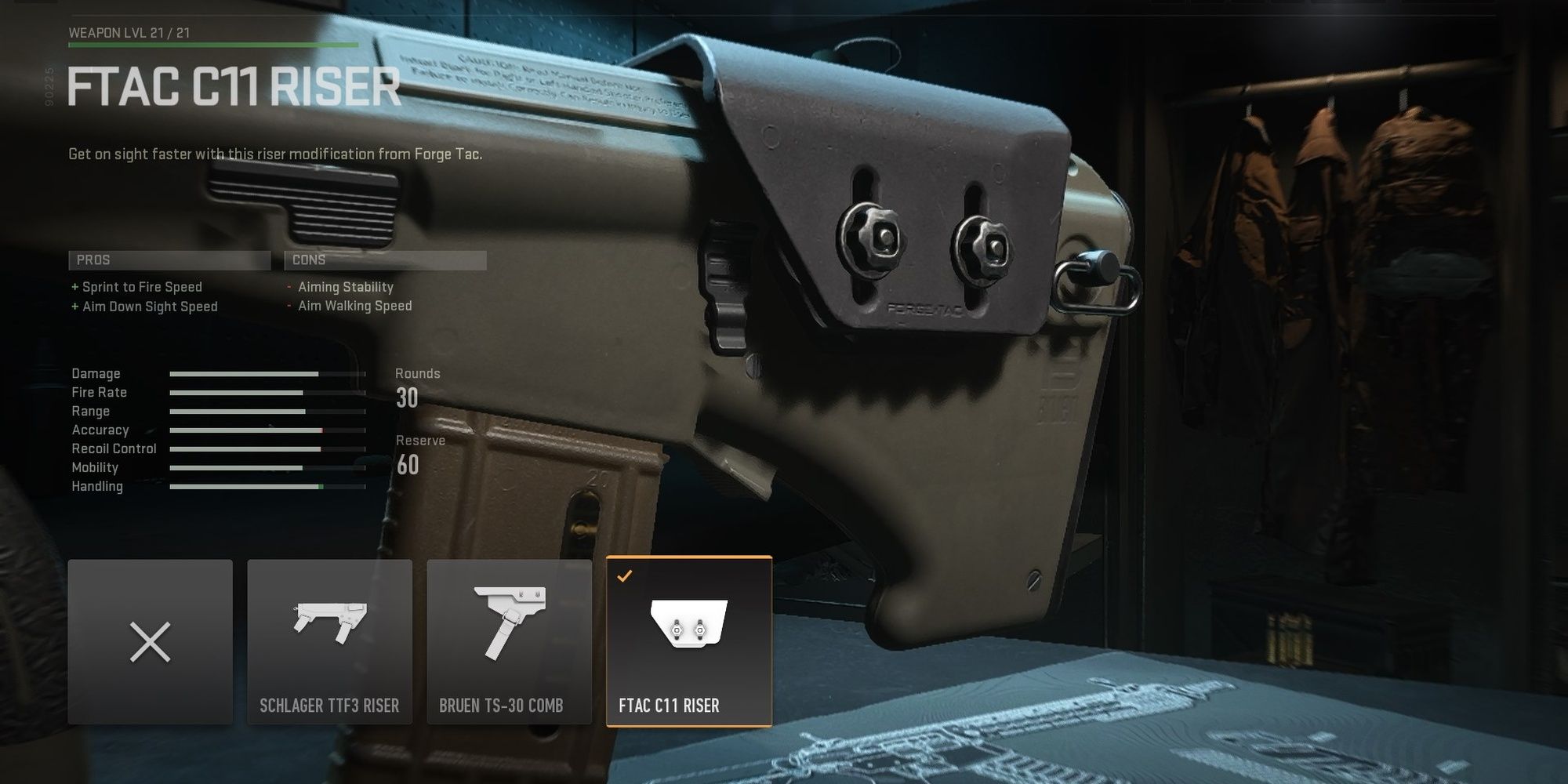 Aggressive gameplay is the centerpiece of this build. While you can't increase the mobility of the STB 556 that much, you can drastically increase the weapon's ADS speed and sprint to fire time, allowing you to use the STB like an SMG. We use the VLK LZR 7MW, Bruen Q900 Grip, and FTAC C11 Riser to increase the weapon's ADS speed while reducing its sprint to fire delay. An optic is installed to make aiming easier, and we use the FSS Sharkfin to increase our accuracy with no drawbacks.

Use this weapon as an SMG, sprinting around the map and quickly firing at your opposition. The short TTK of this weapon allows you to outduel just about every automatic weapon in MW2, even the MX9 that's supposed to fill the role of this build. Your accuracy will struggle at long distances, so we recommend sticking to short or mid-range fights with this gun. Use another build if you mainly play Ground War or Invasion.

Speed is your ally, so you'll want to build your loadout around rapid healing and movement. We highly recommend using Stims and the Quick Fix perk. Stims immediately start health regeneration and reset your tactical sprint duration, and Quick Fix effectively triggers a Stim after a kill or while standing on an objective. For a fast-moving build like this, Quick Fix is incredibly useful. Pair this perk with Fast Hands for rapid reloads and equipment usage. We also recommend any pistol with a fastdraw grip to instantly swap weapons, allowing you to retaliate if you get caught mid-reload.

For field upgrades, we recommend Dead Silence and DDOS. Sound is the bane of your existence, so equipping Dead Silence will make it easier to tactical sprint around the map. It also increases your movement speed slightly. Against teams using mines and other equipment, quick use of your DDOS is all you need.