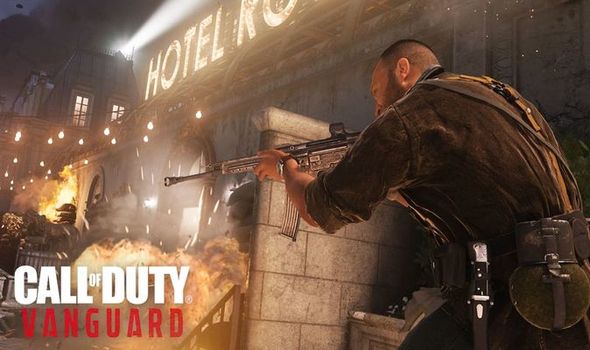 Unfortunately, however, there are one or two limitations that fans need to be aware of.

For starters, this is a PlayStation-only beta, which means Xbox Series X/S, Xbox One and PC fans will have to wait a little longer to get stuck into the action.

Secondly, this weekend’s Call of Duty Vanguard beta is only available to pre-order customers.

If you want to get a code to participate in the beta, you’ll need to pre-order the game either online or at retail.

Call of Duty Vanguard costs £69.99 on PSN, although you can grab the PS4 version for less by purchasing a boxed copy at retail.

On the plus side, the Call of Duty Vanguard beta doesn’t require a PlayStation Plus subscription to access, so that should save you some cash.

If you haven’t pre-ordered the game, there are a couple of options available to you.

With the beta taking place this weekend, it’s worth following some of the bigger Call of Duty streamers for code giveaways.

Likewise, Activision may also give codes away on Twitter, so it’s a good idea to keep an eye on social media.

The only other option is to wait until the Call of Duty Vanguard open beta next weekend.

The Call of Duty Vanguard open beta takes place from September 16, and is available on all platforms, even without a pre-order.

In terms of content, the Vanguard beta will give fans an extended look at the newly introduced Champions Hill game mode.

Champion Hill made its debut during the recent Alpha test. It’s described as a multi-arena survival tournament, “where tactics and strategy combine with quick-action, close-quarter gunplay”.

Reach level 20 during the multiplayer Vanguard beta and you’ll receive a bonus Weapon Blueprint for the full game in November.