During the mission "El Sin Nombre", you can find a map on the table behind Diego before you kill him (thanks, Insider Gaming). This map depicts a large space that looks perfect for a battle royale backdrop, keeping Warzone staples like a major city, mountains, and an airport.

It already featured in multiplayer as a 6v6 map called Mercado Las Almas, so it wouldn't be out of the realm of possibility for it to be used again in Warzone 2 as the setting for its own larger-scale fights. Previous leaks earlier in October also claimed that Warzone 2's second big battle royale map would be Las Almas, lining up with this easter egg in the campaign. 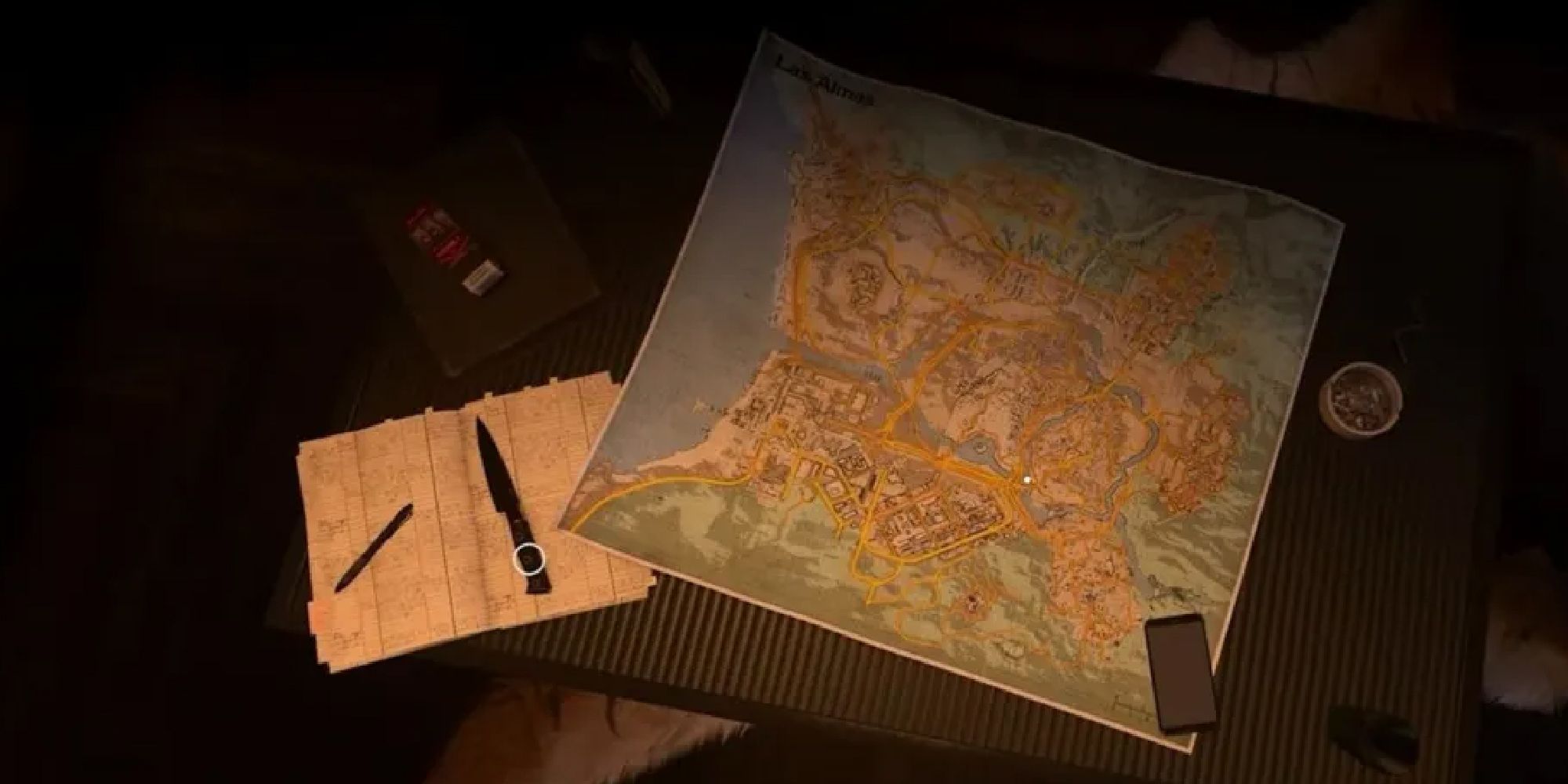 The map is locked in by mountains on three sides and water on the other, with rivers flowing through. There are cities, dense areas filled with buildings, remote but elevated spots perfect for scouting and sniping, and a large stretch of an airport that would no doubt be a hotspot for drops if this does turn out to be Warzone 2's second map, but it'll be a while before we find that out for sure unless Activision announces anything early.

Speaking of long waits, Activision has confirmed when we can expect a ranked mode to make its way into Modern Warfare 2, and it won't be anytime soon. If you're itching to prove your skill in Call of Duty multiplayer, you'll have to wait until 2023 as Treyarch announced that it's "working with [its] partners to deliver: Competitive Modes, Ranked Skill Divisions, Visible Skill Ratings, Top 250 Leaderboard, [and] Competitive Rewards".

Something else to look forward to is the possibility of Rust returning as it appears in the Santa Seña map, leading fans to believe it'll be isolated into its own 6v6 down the line.