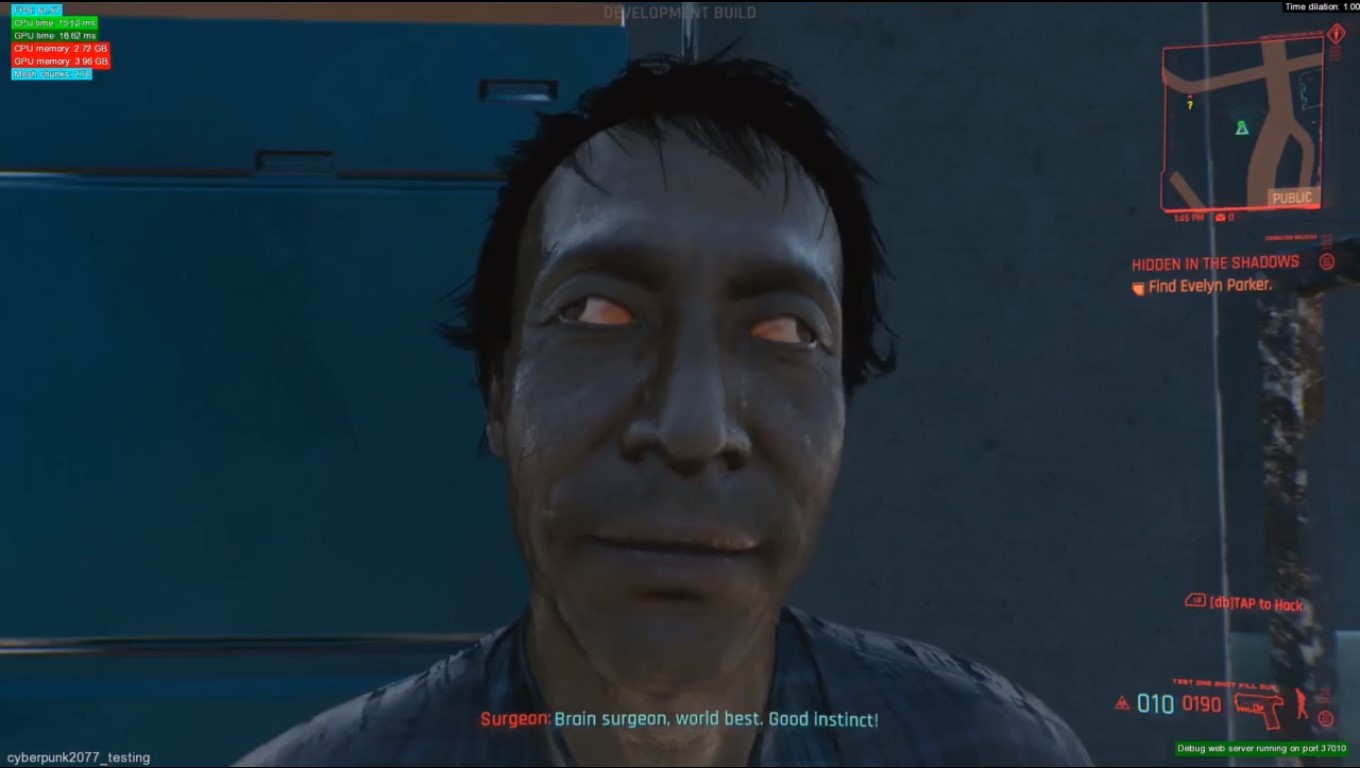 Not only did CD Projekt know about the bugs in Cyberpunk 2077 before launch but they even created a compilation to make fun of them.

As if the ransomware hacker attack on CD Projekt hadn’t caused enough trouble for the makers of Cyberpunk 2077, it’s revealed something else they clearly didn’t want made public: proof they knew about the bugs before launch.

Given how buggy Cyberpunk 2077 was at launch, especially on consoles, they could hardly not have known, although they’ve always claimed that they didn’t realise things were as bad as they were. Which is a difficult stance to take when, at the same time, you’re making compilations of all the funniest glitches.

Videos have leaked out, seemingly as a result of the hack, which show a compilation of bugs edited together in the style of gag reels you see at the end of some comedy movies. Except this is no joke.

According to a now-deleted tweet from producer Slava Lukyanenka the videos are real and are a ‘fun composition of bug materials collected by QA and developers through years of development’.

It’s likely that the videos were originally intended to be included with the game, as happened with The Witcher 3, and, more importantly, that the people making the compilation assumed the bugs would be fixed before launch.

Obviously they weren’t though, which makes the leak extremely embarrassing and could even affect the major class action lawsuit that CD Projekt is facing.

Although CD Projekt continues to release fixes, both big and small, they were recently criticised for how vague their roadmap for the future was, with still no clue as to when the game will be available on the PlayStation Store or the release of the dedicated next gen versions.