A major challenge in front-end web development is moving from a static site — i.e., a directory of HTML, JS, and CSS files — to a fully featured app. While companies benefit from the flexibility of being able to render everything on-demand, their maintenance costs increase because they now have servers they need to keep running. Moreover, unless they’re already operating at a global scale, they’ll often see worse end-user performance as requests are served from one or a few locations worldwide.

Linc and Cloudflare’s solution is the Frontend Application Bundle (FAB), a deployment artefact that supports a range of server-side needs, including static sites, apps with API routes, cloud functions, and server-side streaming rendering. A compiler generates a ZIP file that has two components: a server file that acts as a server-side entry point and an assets directory that stores the HTML, CSS, JS, images, and fonts that are sent to the client. When a FAB is deployed, it’s often split into these component parts and deployed separately. Assets are sent to a low-cost object storage platform with a content delivery network in front of it, and the server component is sent to dedicated serverless hosting. 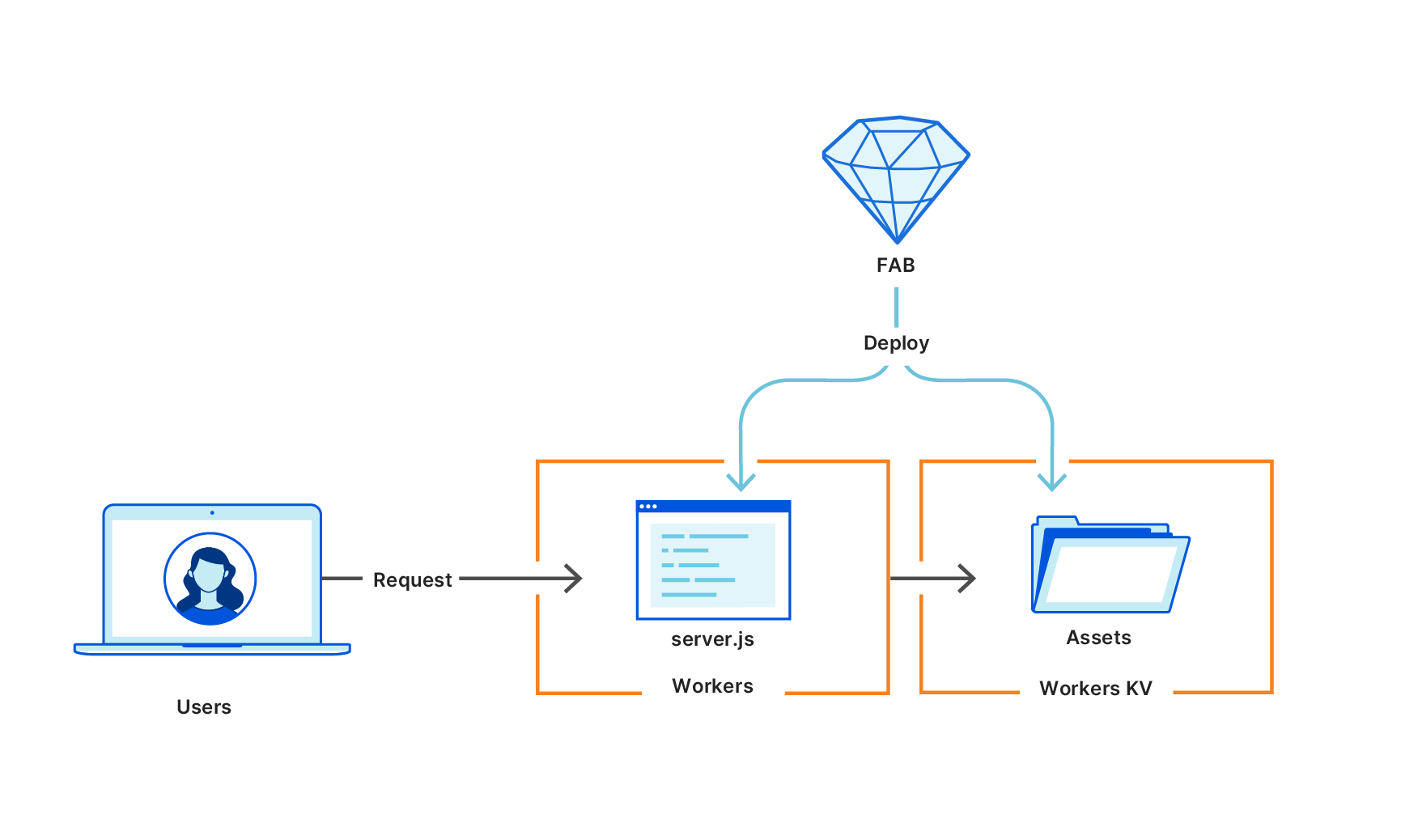 Pages, which launched earlier this month, works with JAMstack (short for “JavaScript, APIs, and Markup”) to separate front-end pages and UI from backend apps and databases. It integrates with GitHub repositories and competes directly with Netlify or Vercel, two cloud hosting companies that let companies build and deploy sites using JAMstack frameworks.

“Linc’s goal was to give front-end developers the best tooling to build and refine their apps, regardless of which hosting they were using,” Linc CTO Glen Maddern wrote in a blog post. “But we started to notice an important trend —  if a team had a free choice for where to host their front-end, they inevitably chose [Cloudflare]. In some cases, for a period, teams even used Linc to deploy a FAB … alongside their existing hosting to demonstrate the performance improvement before migrating permanently.”

In the near future, Maddern, who has joined Cloudflare, says Linc’s team will focus on expanding Pages to cover “the full spectrum” of apps. Moreover, he says it will work toward the broader goals of enabling customers to “fully embrace” edge-rendering and making global serverless hosting “more powerful and accessible.”