What makes a good board game? There are lots of measures, but one of the simplest marks of quality is easy to learn, hard to master. Codenames is the rare board game that you can play with a large group that perfectly fits that description. We played the browser version of the venerable party game on the latest episode of Overboard. Speedrun correspondent Mari Takahashi joined us as our special guest.

Codenames is a game of words and spycraft that’s played on a five-by-five grid of randomly selected “codename” cards. These cards have generic one-word nouns and concepts on them that are frankly pretty boring. But that’s the point! While most of the cards are essentially decoys, a critical few are the codenames (get it) of agents in the field, and you wouldn’t want your codename to be obvious, right? Players are divided into teams that will try to suss out which of those codenames represent agents on their side.

To do this, a dedicated Spymaster for each team learns which codename cards are on their side. Unfortunately, the Spymaster can’t easily communicate with the rest of their team and are instead allowed to give only a one-word clue, followed by a number. The clue is a reference to the words on the codename cards while the number represents how many cards the clue applies to.

For example, if the Spymaster saw that “doctor” and “ambulance” were on the field, they might say “medical two.” The rest of their team discusses the clue and what they think it means before they make their choice. Even with an easy clue like this one, players will want to be careful about their selection since their turn immediately ends if they get it wrong.

This example might seem a little too easy, and you’re not wrong! What’s much more common in a game of Codenames is a situation where “doctor” is a team blue card while “ambulance” is a team red card. That means the spymasters will need to figure out a clue that doesn’t accidentally make their team guess the wrong card. Even worse is if one of those cards is the dreaded black card: If your team guesses this codename, your team loses immediately.

Playing as Spymaster is a balancing act. You want to get the most cards guessed with the fewest clues possible, but you also don’t want your clues to be so broad that your team guesses the wrong card. And since you’re not allowed to talk to your team, it can be a harrowing experience listening to them interpret your clue completely wrong!

You can see this exact scenario play out in the video above, where we play the official browser version of the game. We played the game while video chatting and had a blast, and you can too! And if you enjoyed watching us play, be sure to check out the rest of Overboard on our YouTube channel! 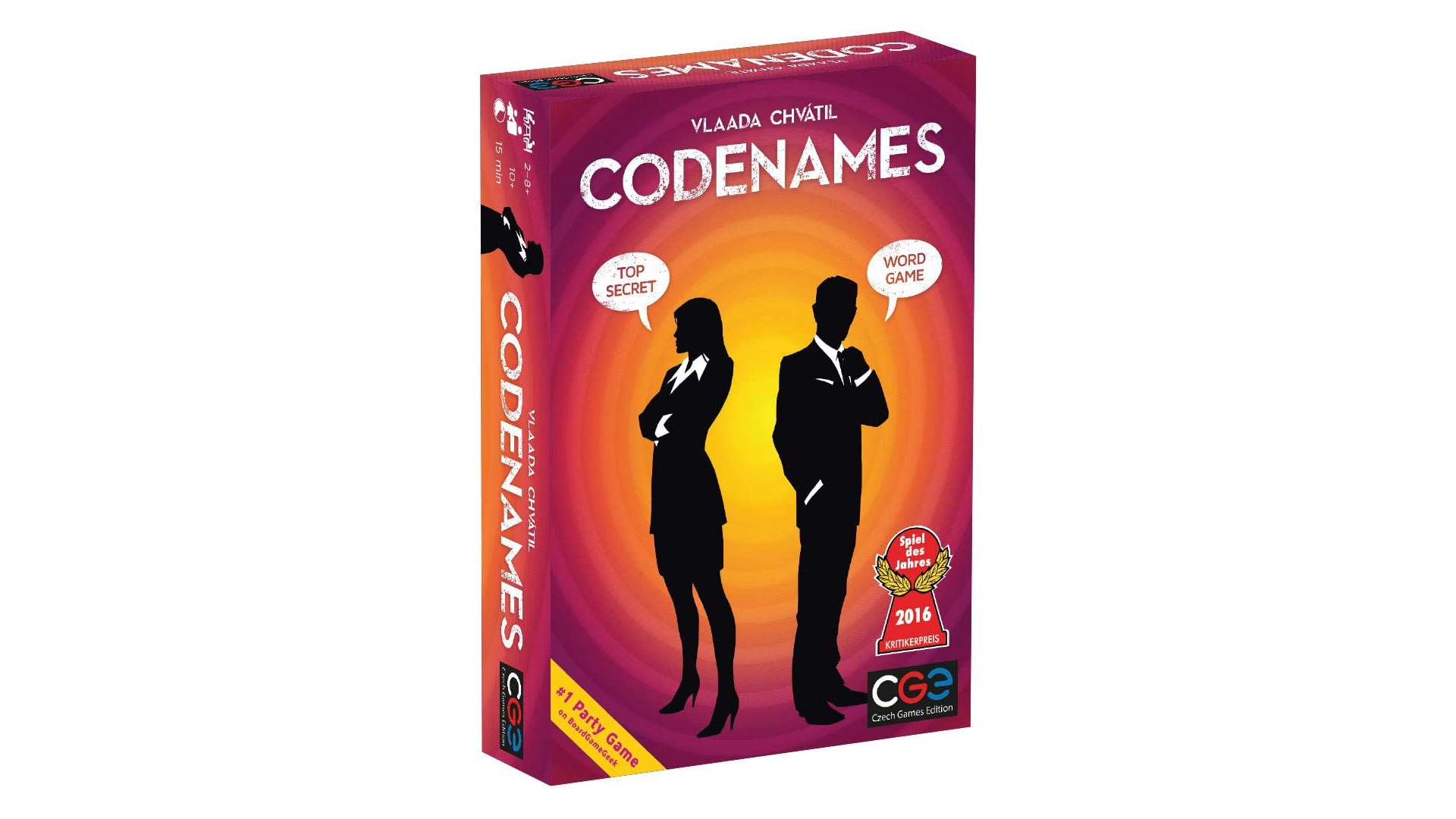 Codenames is a social word game with a simple premise and challenging game play.