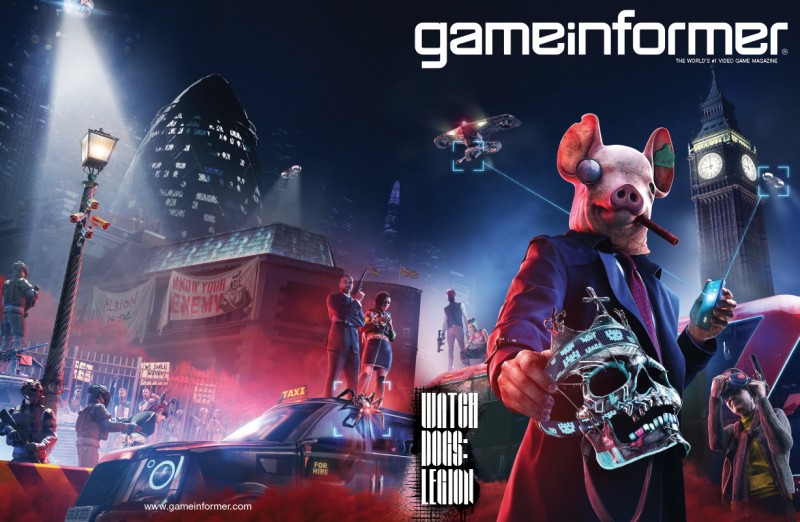 Ubisoft recently showed off more of its upcoming Watch Dogs: Legion, shining the spotlight on a game that had been lurking in the shadows. We got to play it for several hours, and shared some of our thoughts and impressions on the open-world action. As it turns out, that was only a small part of the story. In the next issue of Game Informer, we take a deeper dive into the systems that make the game possible – and memorable – with insights from the team at Ubisoft Toronto.

The big twist with Legion is that nearly everyone in the open world can be recruited to join your team, from spies and police officers to beekeepers, bartenders, and barbers. Not everyone has a skillset that lends itself to helping DedSec free London from the grip of private-security firm Albion, but figuring out what each person can bring to the fight is half the fun. Over the course of 14 pages, we explore how players will be able to recruit everyone by exploiting their fully modeled routines, transforming them from your run-of-the-mill NPCs to your secret weapons against tyranny in this near-future nightmare. 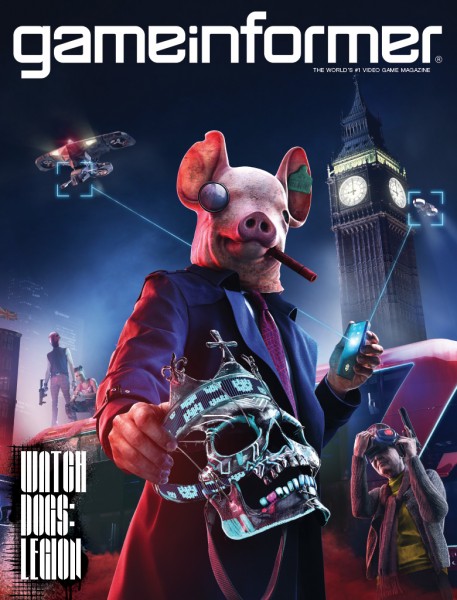 Even if you haven’t been following the Watch Dogs series so far, based on what we’ve played, Legion is a great starting point – particularly if you’re into immersive sims or enjoy poking around the boundaries of a game’s systems to see just how far you can push the simulation. There’s a lot to absorb, and we’ve got some great stories of in-game heroism (and mayhem) to show what’s heading your way this October 29.

Of course, that’s not all that’s coming this issue. We have an extensive look at Crystal Dynamics’ upcoming Avengers title, which explores how the team has been working to make the game better following its initial (and divisive) first few showings. Brian Shea talks to the team to learn what they have in store not only for the launch, but how the team plans on supporting the title in the long run. We’ve also got a lengthy look at what’s ahead for Xbox Series X, highlight some must-have collectables, and bring you some great reviews and previews for the games you’ll be talking about over the next few months.

Print subscribers can expect their issues to begin arriving in the coming weeks. The digital edition of this issue launches later today for PC/Mac, iOS, and Google Play. You can also get the latest issue through third-party apps on Nook and Kindle later this week. To switch your print subscription to digital, click here, or to create a new subscription, click here.