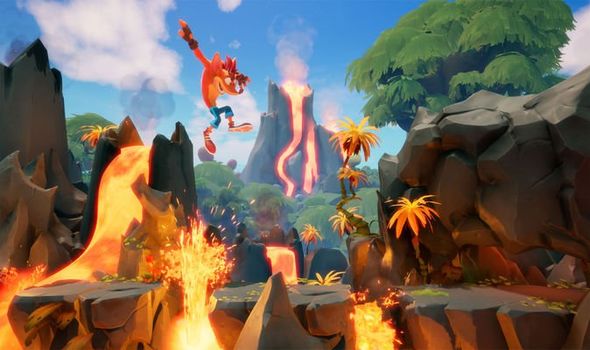 UPDATE: Activision has provided a little more clarity regarding the chances of Crash Bandicoot: It’s About Time coming to Nintendo Switch and PC in the future.

The publisher confirmed to PCgamesN that while Crash Bandicoot 4 is not arriving on Steam alongside the PS4 and Xbox One versions in 2020, more platform announcements in the future are possible.

“We are still evaluating additional platforms for a future date”, an Activision told the site. “Stay tuned for more information.”

Activision confirmed today that Crash Bandicoot: It’s About Time is being released in 2020 on PS4 and Xbox One.

A new statement from the development team confirmed that the game will be available to play in early October.

And given that this can be such a busy time for gamers, there’s a good chance that Crash Bandicoot: It’s About Time will do well among its rivals.

For those wondering about the full release date, Crash Bandicoot: It’s About Time has a release date set on PS4 and Xbox One for October 2, 2020.

WHAT ABOUT CRASH BANDICOOT 4 ON NINTENDO SWITCH?

For now, Activision has not mentioned a release plan for Crash Bandicoot 4 on Nintendo Switch.

The good news is that it hasn’t been ruled out and there’s plenty of reasons for Activision to create a port.

The N Sane Trilogy sold very well on Switch consoles and it would make sense for the next game to feature on it and PC sometime in the future.

The only downside is that we can’t predict how long that might take, or guarantee a port will ever arrive.

It took the Crash Bandicoot Remastered Trilogy around a year to make its way onto Nintendo Switch, and depending on the hardware requirements, could provide a rough guide on when a new announcement could be made.

Toys for Bob, the developer of the recent Spyro Reignited Trilogy, is currently in charge of the new game.

More details on the new launch can be found below, courtesy of Activision:

“Crash Bandicoot 4: It’s About Time is the first original entry in the Crash franchise in over a decade and is a direct sequel to the original trilogy over 20 years in the making.

“The core experience of what makes Crash Bandicoot games so entertaining – an intense and hilarious 3D platforming experience defined by a certain marsupial’s brash attitude – remains faithfully intact, but with a number of new twists: This includes a reimagined and updated art style, new gameplay mechanics, and innovative abilities, like being able to switch between Modern and Retro modes of play: These are all features that allow longtime fans and new players alike to enjoy Crash’s latest adventure.

“Visually, Toys for Bob is introducing a fresh take on Crash, his friends, his enemies, and the landscapes around them with a new art style.

“While staying true to the franchise’s zany spirit, expect to see new worlds, lush vistas, and an absurd variety of enemies and hazards in a style and visual fidelity fit for the modern gaming experience.”

“Purchasing the game digitally will grant you the Totally Tubular Skins (available at launch), which puts Crash and Coco into some digs that shows off their radical roots.”