The Legend of Vox Machina is a Dungeons & Dragons campaign brought to life by one of the most popular groups of nerds on the planet. Critical Role began as a huddle of veteran voice actors getting together to play a tabletop game in their spare time, and funnily enough fans are more than willing to tune in and hear their favourite voices bring heroes to life. I’m a newcomer, but Prime Video’s animated show was more than enough to bring me into the fold.

Ahead of the second season premiere later this week, I caught up with Sam Riegel (Scanlan Shorthalt), Marisha Ray (Keyleth), and Liam O’Brien (Vax Vessar) to talk about adapting the campaign for a new audience while ensuring the original spirit remains untouched after this much success. Turns out a dedicated fan base keeps you both grounded and ambitious.

“It’s fun bringing someone else’s character and world to life, but maybe even more fun when they’re your characters and your world,” O’Brien tells me. “Here we’re just world building and 100 percent of it comes out of your own noggin.”

Riegel adds that such elements of freedom and spontaneity are only possible in a tabletop experience. “As actors we train for years to play a character, but the training for [Vox Machina] is just life. We get to use everything we’ve learned in life with these characters because we embody them, and we make decisions for them just like they’re a real life person. We’re scared for them, they make mistakes like we have as real people. So it’s more than just acting training which has led us to this, it’s everything we’ve done.”

Despite being an outsider to the world of Critical Role, it’s easy to see why a show like Vox Machina raised millions on Kickstarter before Amazon picked it up for distribution, which itself was only possible thanks to the success of a YouTube channel now boasting over a million subscribers. Marisha Ray describes the whole situation as “imaginated” which isn’t a word, but the cast roll with it. “We have these shared experiences, which now we’re seeing literally come to life through animation. It’s constantly mind-blowing to see these characters go through their journeys again because we cried our eyes out when campaign one ended, not knowing when we’d ever see our friends again, and now here they are.” Ray’s character Keyleth goes through quite a lot in Vox Machina’s second season, but expressing the emotional energy in a truncated arc compared to the campaign that inspired it couldn’t have been easy. “In the campaign she was able to have her journey span over hundreds of hours,” Ray explains. “So when transitioning into this animated adaptation one of the most difficult things I had to adjust to, even in my performance, is fast tracking her journey since we just don’t have enough time. Still, it’s amazing to watch her transition into confidence, being a leader, and to really be the moral compass who keeps these murder hobos on rails.”

As Ray alluded to, it isn’t exactly possible to adapt a 100+ hour tabletop campaign into two seasons of 12 episodes without leaving out a few things. Even with these restrictions, the cast feels like they’ve managed to convey the story and characters in a way that matters.

“There’s some sadness for stuff we couldn’t include,” Riegel says. “But we tried to at least get the spirit of our favourite moments from the tabletop version and maybe discover some new moments that don’t exist, but we wished would have. It’s a really cool mix of reliving moments that we cherish but also discovering new things about these characters many years later.”

Vox Machina is a bit cringe, but perhaps deliberately so. It’s a bunch of nerds dreaming up their ideal fantasy world with characters they’ve always wanted to inhabit, which means mannerisms, references, and lame jokes inevitably bleed into its identity. A few jokes in the new episodes had me rolling my eyes, but Critical Role manages to walk a tonal tightrope where emotional moments always land, while comic relief characters like Scanlan Shorthalt can crack wise on music, sex, and slaying monsters whenever we need to forget the coming apocalypse. 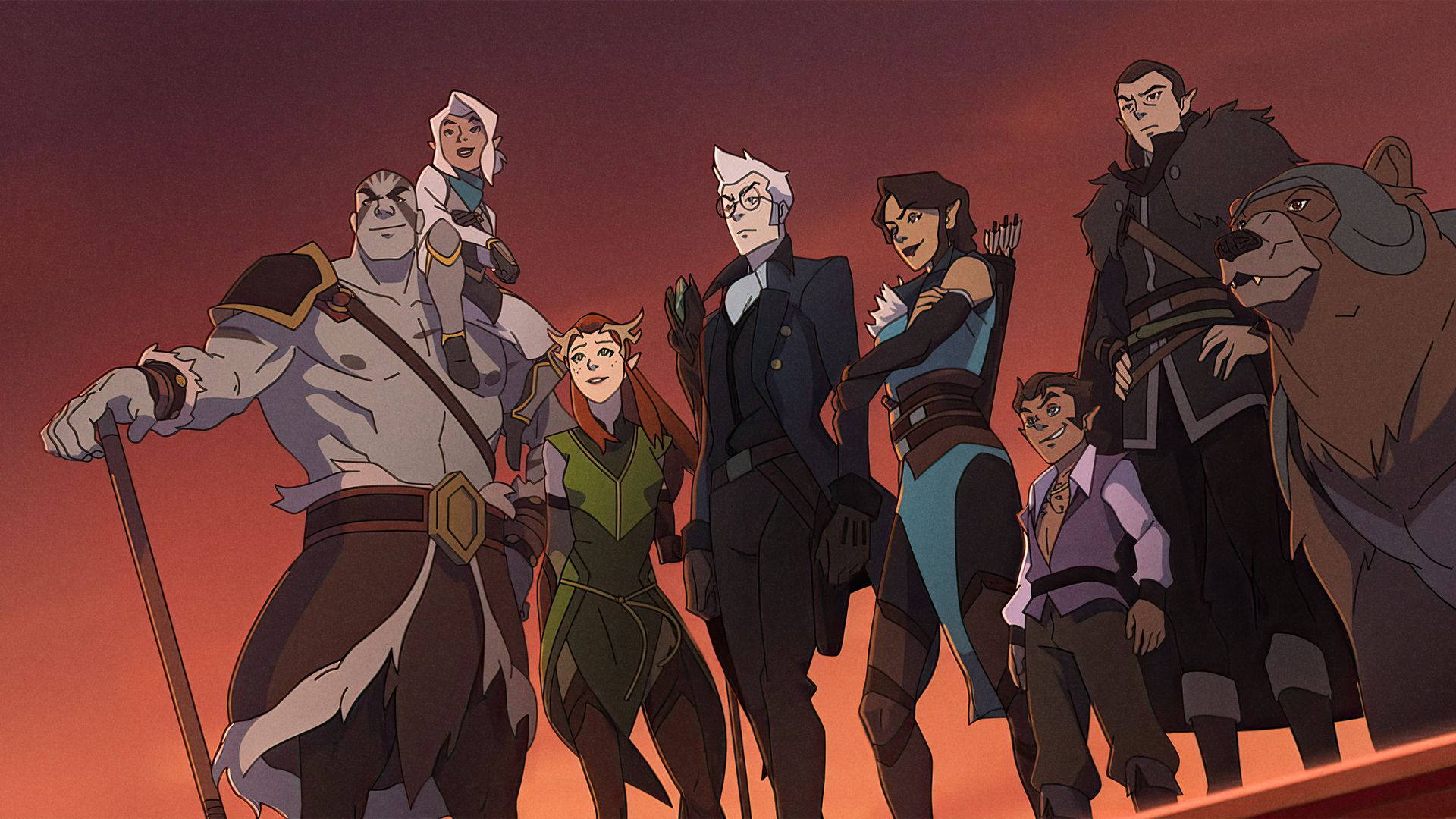 “He’s not the most lovable guy at the beginning,” Riegel admits. “It’s cool to play a character who is a little cringey at the top, but finds himself as he goes, and realises he’s got things he needs to change about himself. We all go through that at some point in our lives. We all look back at moments and say, ‘Wow, I’m not so proud of that and wish I made different decisions’, and I hope people are able to see that from Scanlan.”

During our chat, I had to ask the cast about the popular idea that Critical Role has made playing Dungeons & Dragons sexy again.

“The first thing we’ve ever made sexy I guess,” Riegel laughs. “That’s flattering, but we’re just a bunch of nerdy friends who like to play games with each other. If sexiness happens, it’s just an accident, but we’ll take it.”

O’Brien feels much the same way, and how passion for hobbies and storytelling can be seen as attractive in its own way. “I think confidence is sexy, right? We’re just confident dorks with not a lot of fear or nerves about being dorky and playing this game together. So I think that’s how it’s translated to sexy.

Ray puts it perfectly: “We’re immune to cringe. You can’t be hurt by cringe if you’re not afraid of cringe.” O’Brien talks about how as human beings, a dissonant range of emotions and responses to situations in our lives is precisely how we get through life, and thus it made perfect sense to have that expressed through Vox Machina. His character Vax is especially brooding, often working off the spunky personality of his sister Vex, played by Laura Bailey. “I think we will always wrap comedy and tragedy together, it’s just in our DNA,” he tells me. “When we come to the table we want to have fun, even in hard times, so it made sense to carry that over to the animated series as well. One of my favourite things about the season, the show, and the twins is watching their fantastically close relationship and watching it mature and age and get more nuanced over time and see their separate yet adjacent paths.”

As I try to mine favourite moments and potential new revelations from the three actors, there is a sense of camaraderie between them clearly reminiscent of a group of friends who worked through a tabletop campaign together. In my experience you need understanding and chemistry for such hobbies to work, and even with its occasionally iffy writing and predictable twists, Critical Role is able to make them novel. 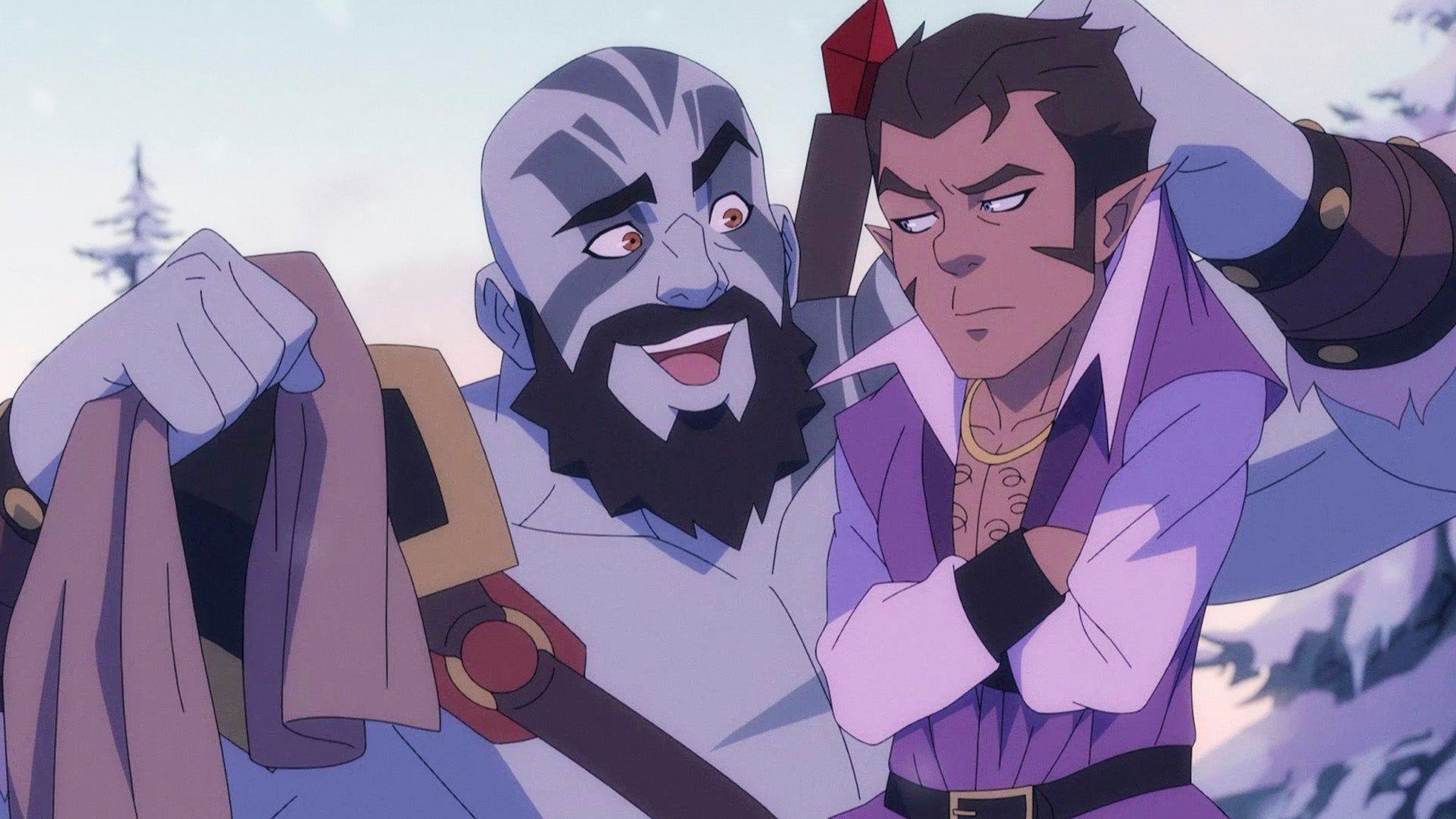 This also comes with a natural presence of diversity, with queerness permeating across the main cast and Critical Role community in ways that solidify the welcoming atmosphere D&D is known for in the modern era. “Matthew [Mercer] has done an amazing job fleshing out the world of Alexandria over the years,” Riegel says.

“It’s diverse, inclusive, but also dangerous and exciting too. I found that our cast, our company, the fans of Critical Role and the animated series, and all the tabletop community is so deeply invested in these things because it just makes playing games better, it makes stories better. It’s wonderful to see, and to do a show that can show different types of people and relationships, but I also think it’s a natural function of being in this space.”