Shamura is likely the last of the Old Faith Bishops that you end up facing in Cult of the Lamb, as they're the surrogate "leader" of sorts. Massive Monster, the game's developer, really did an amazing job of making all four Bishops feel unique and also terrifying. Leshy is a chaotic tree monstrosity, Heket is a gigantic eldritch frog, Kallamar has his multitude of weapons, and Shamura is a terrifying mystery.

So, let's take a look at who exactly Shamura is in this setting, what they represent in the Old Faith, what their importance is to the story, what their attacks are, and finally, the easiest methods to beat them. 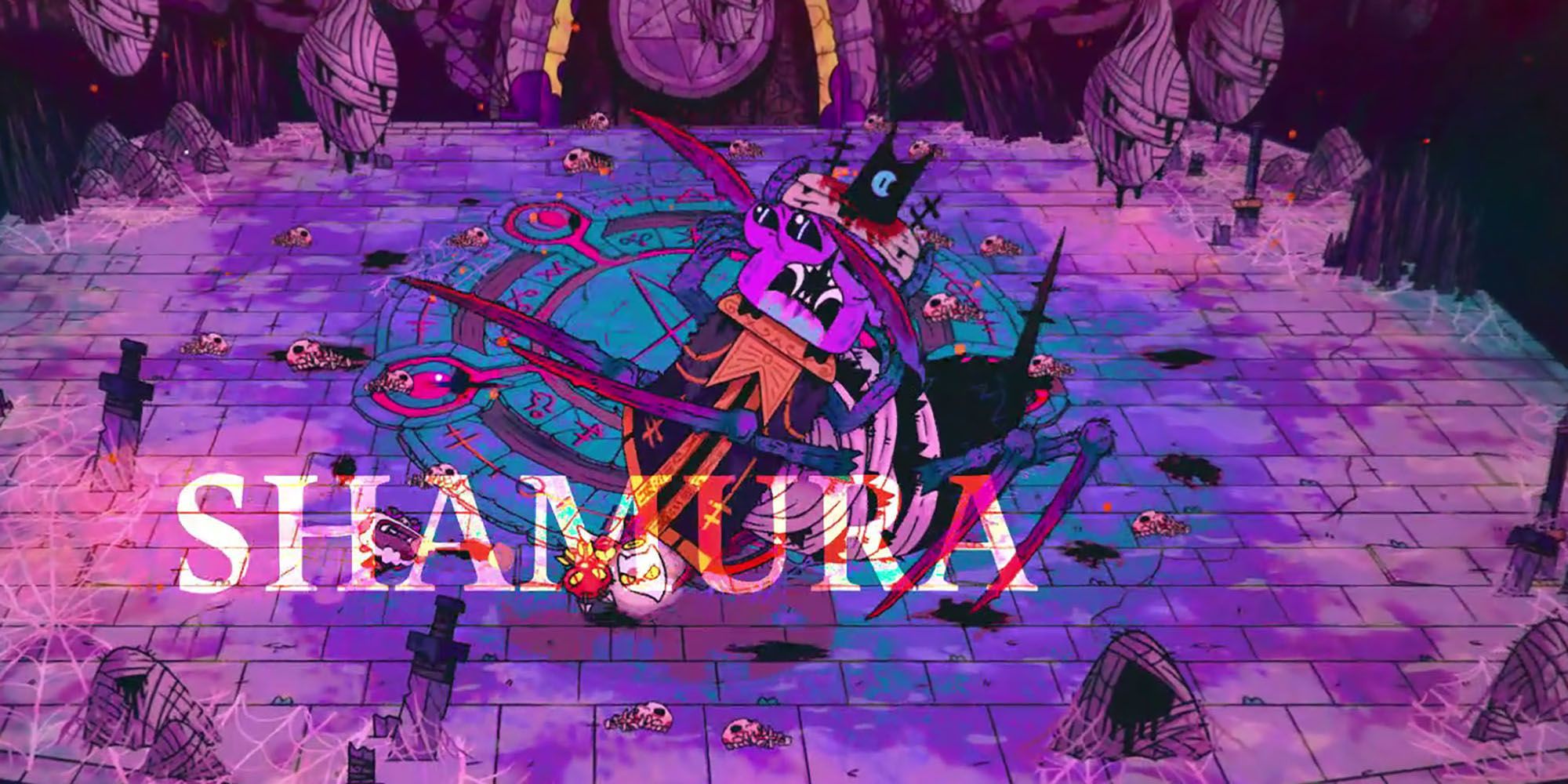 Shamura, in the "lore" of Cult of the Lamb, is a spiderlike entity described as a "god" who is one of the four Bishops of the Old Faith. In the battle that sealed away The One Who Waits, Shamura had their skull split open and now suffers from fragmented memories as well as sometimes repeating themselves. And, as seen when the bandage comes off during their boss fight, Shamura's godly brain is bulging out of their skull at all times.

Now, as a boss fight, Shamura is actually a bit easier on average than Kallamar, the Bishop directly before them, but that doesn't mean they're easy, as Shamura has a lot of different attacks – many of which have deceptive hitboxes. 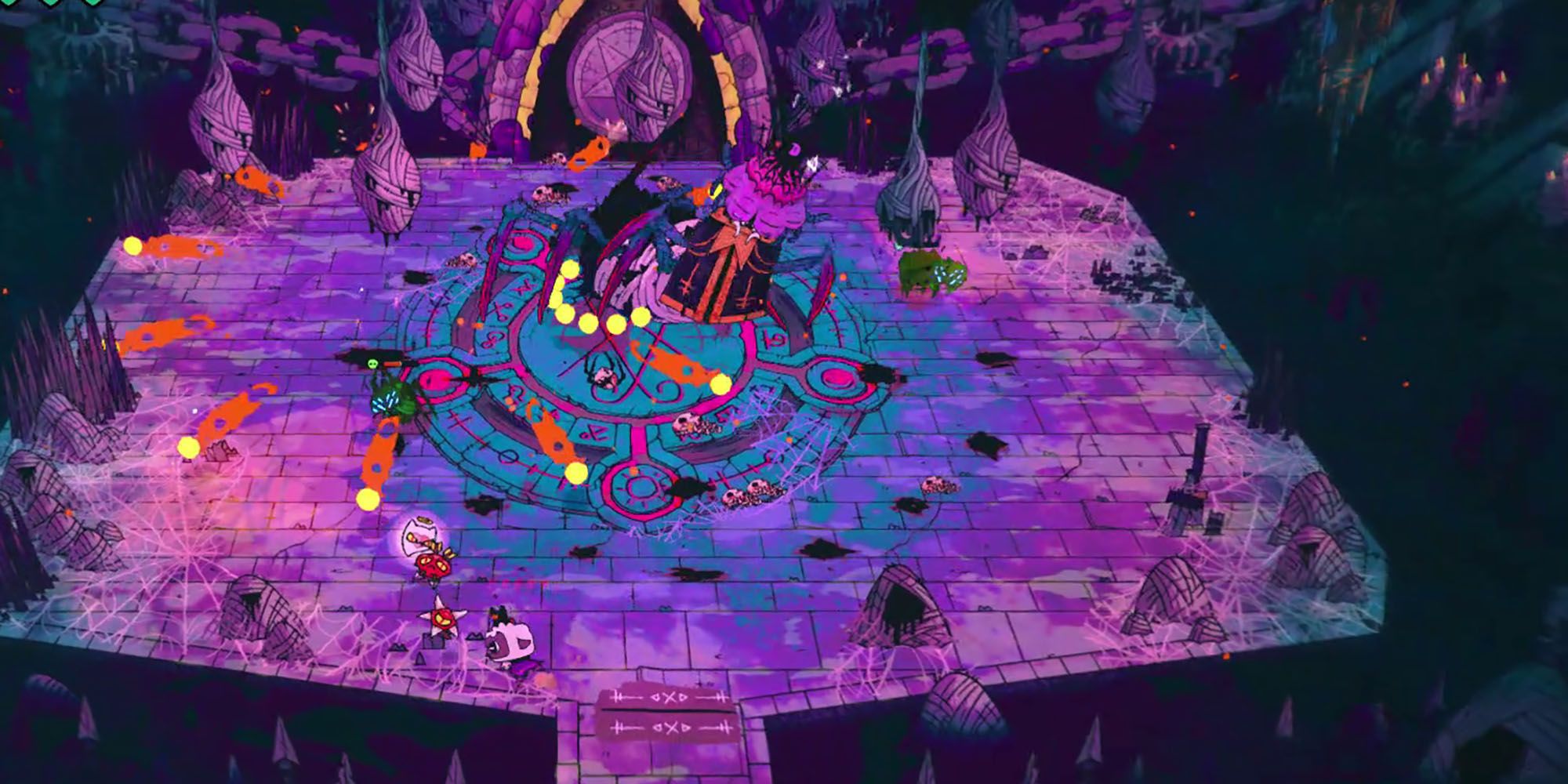 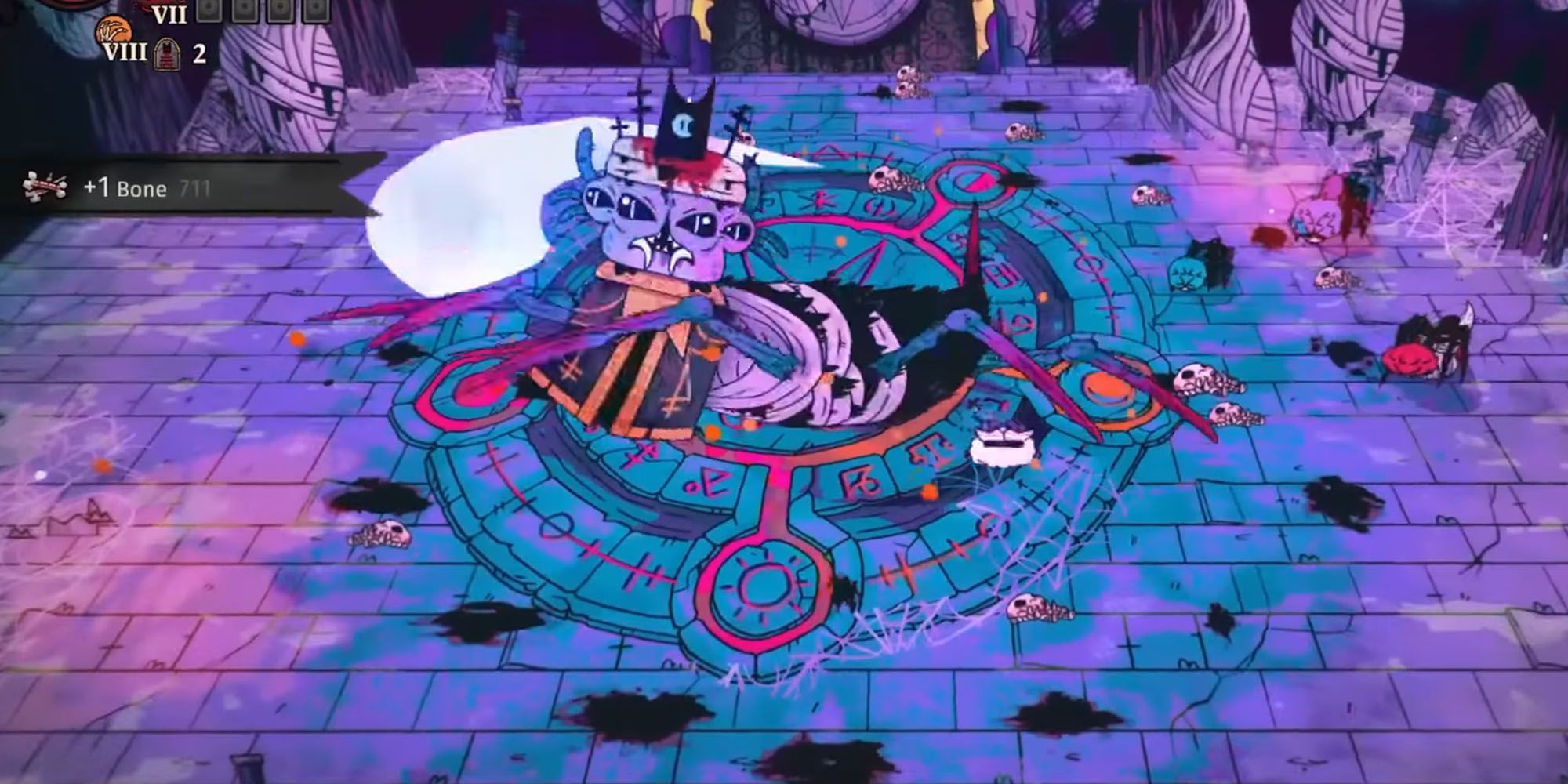 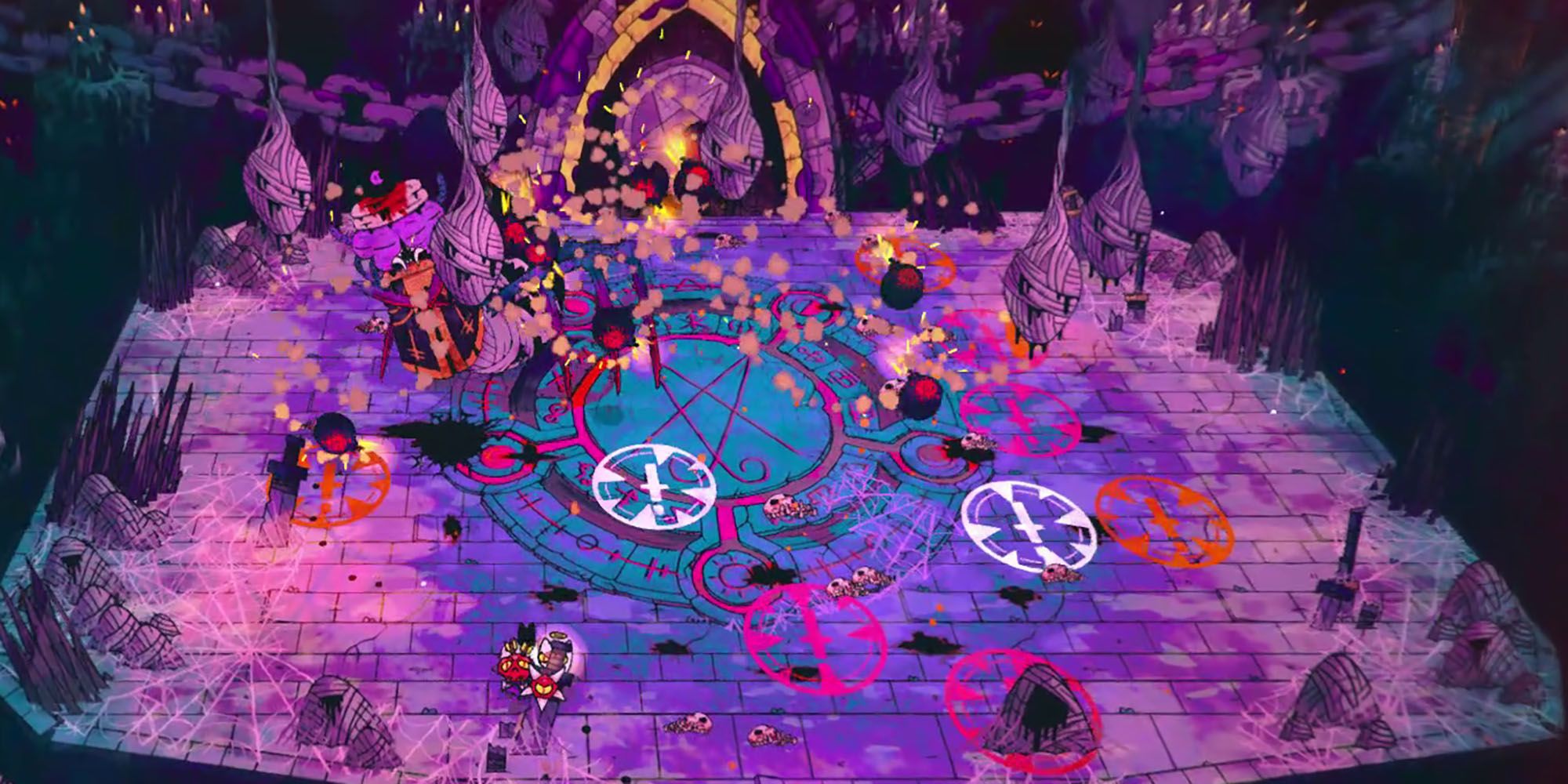 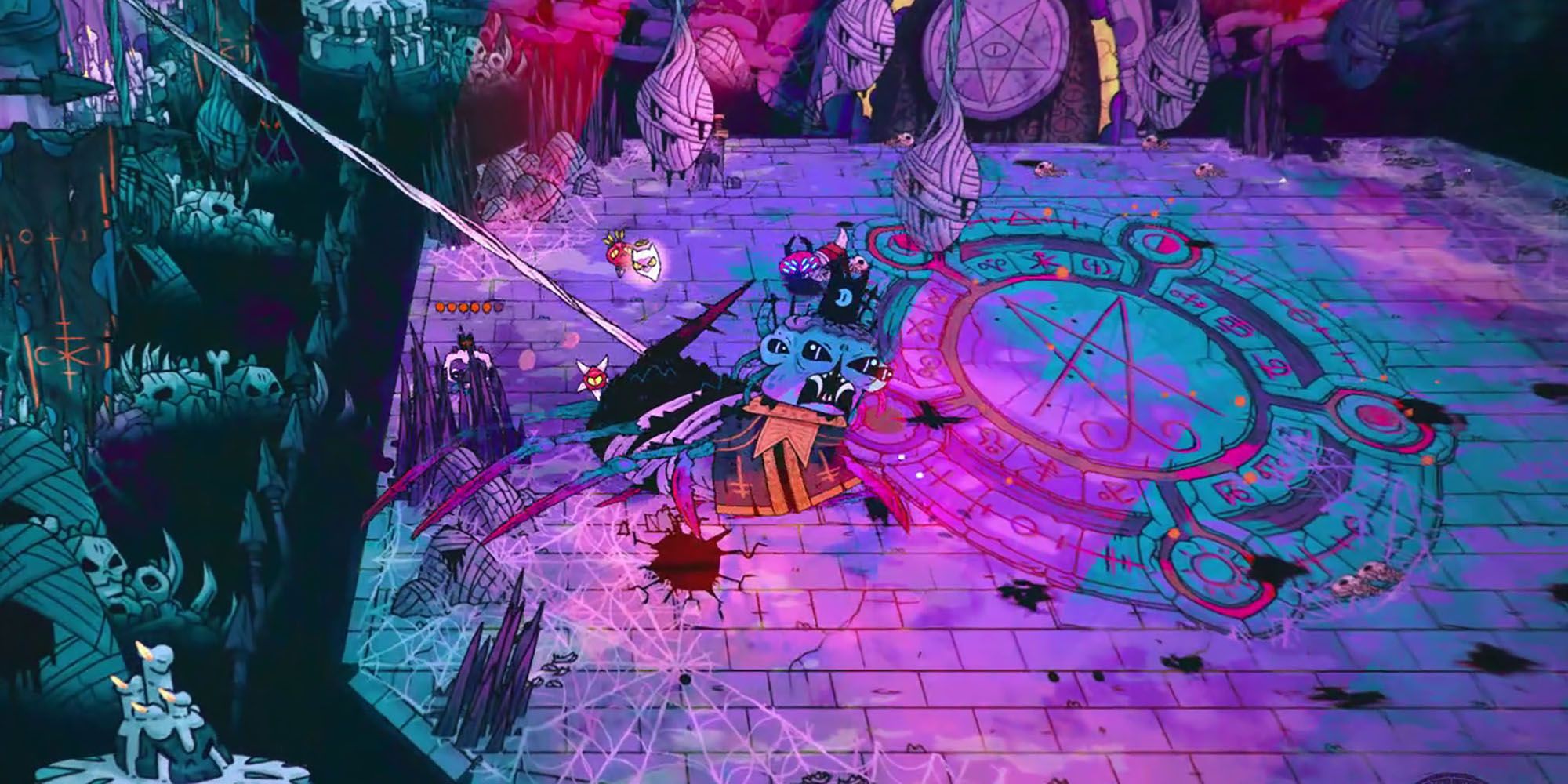 Compared to other Bishops like Kallamar or Heket, Shamura actually has a bit less going on in their attacks. That said, that doesn't mean this Boss should be taken lightly, as that's an easy way to get killed and sent back to the Cult with nothing to show for your efforts. So, let's look at all the attacks this Old Faith god can use:

Tips For The Battle Against Shamura 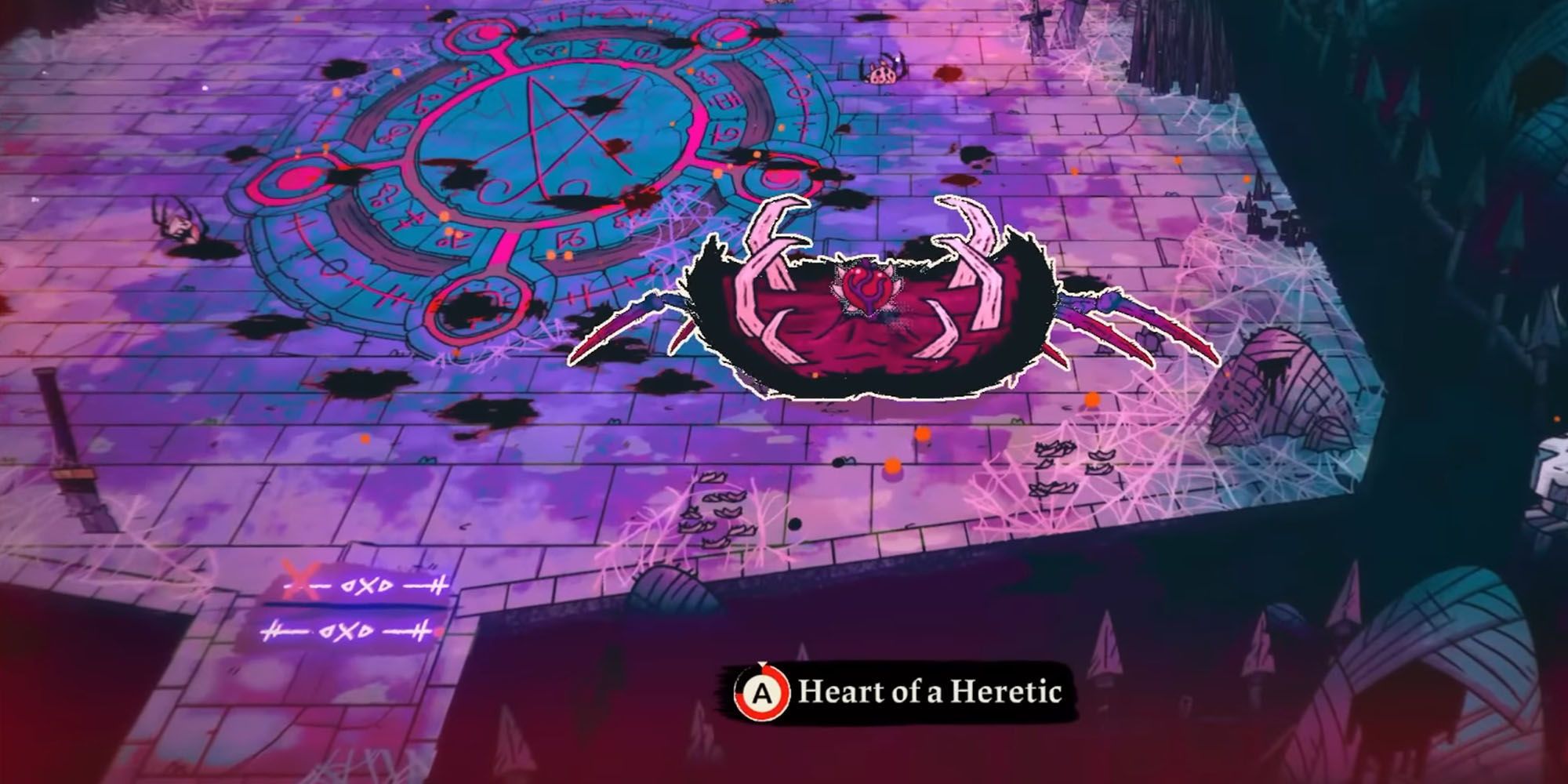 Shamura, unlike some of their siblings such as Heket or Kallamar, is actually a boss the Lamb can play pretty aggressively against. If the player positions themselves well, a good portion of Shamura's attacks can just whiff while the Lamb wails away on their abdomen. That said, there are some general tips to keep in mind:

Honestly, Cult of the Lamb's difficulty, even on the hardest difficulty, seems to be pretty forgiving compared to a lot of other roguelites, so this battle shouldn't be too difficult for anyone familiar with the genre. Additionally, as long as players follow the basic tenants of the game's combat, such as: