You can now play a complete cyberpunk overhaul of Half-Life 2, thanks to a particularly talented and hugely dedicated fan who goes by the name of Eyaura.

The game is a complete conversion mod of Valve’s 2004 classic, Half-Life 2. It was developed pretty much entirely by Eyaura alone, although they did receive support from publisher LunchHouse Software and Valve itself. And get this, it’s been in development for over 12 years. All assets and lore were developed entirely from scratch. 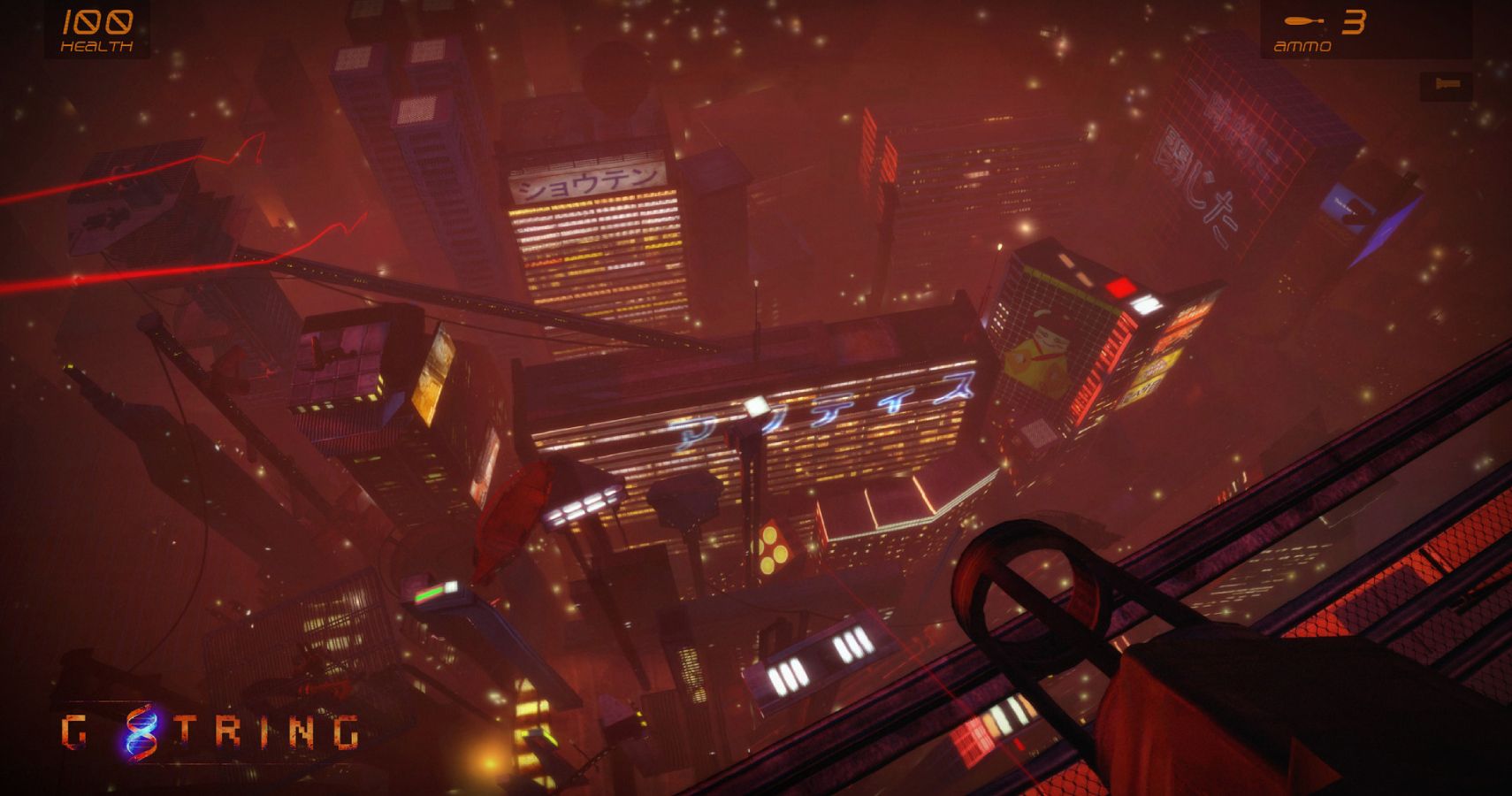 The game is called the somewhat misleading name of G-String (presumably it has nothing to do with the suggestive clothing garment). What we do know about the game is that it’s a super cyberpunk-y first-person shooter set in some or other massive dystopian metropolis set in the future. You play as Myo Hyori, a Korean girl who possesses some unique abilities (including both telekinesis and pyrokinesis) and who is equipped with a Standard Issue Bortz Bioengineering biosuit which will presumably help her on her way.

Besides the Bortz biosuit – comparable to Gordon Freeman’s Hazardous Environment suit – there seem to be very few traces of Half-Life 2’s essence left behind. Again, this is a total conversion mod, so that’s hardly unexpected. One particularly interesting way in which G-String departs from Half-Life is through the inclusion of aerial battles. These will let you zoom through space and yeet some space baddies, which looks real fun.

Check out the latest gameplay footage for G String below:

The game also boasts a really hefty single-player campaign which will last you between 10 and 15 hours, and it “aims for an old school approach where there is minimal hand holding,” the game’s description reads.

Eyaura acknowledges that the game isn’t and may never be perfect, but after 12 years of hard work it certainly looks like it’s ready to be let loose upon the world. You can pick the game up now via Steam.