Someone has decided to completely rework cyberware in the PC version of Cyberpunk 2077 to increase the benefits of owning the best gear you can find in Night City.

The available cyberware in CDPR's latest game might offer a few intriguing gameplay options, yet in some aspects, the entire system leaves much to be desired for RPG fans. Thankfully, that's where the modders come in. As modder tduality from Nexus Mods explained in the description of his 'The New Era' mod, they always disliked the idea that some clothes offer better protection and durability than an advanced cyberbody players can install in Cyberpunk 2077. For this reason, they decided to boost armor and resistance for each implant available depending on its quality and size.

From now on, almost every implant has an increased armor capacity to make V's artificially enhanced body much more durable than the usual one. Some cyberware offers up to 150 additional armor making the best samples much more desirable to find and justifying the high asking price. After all, it's only natural for your character to withstand greater damage if your limbs are now produced from shiny metal rather than flesh and blood. 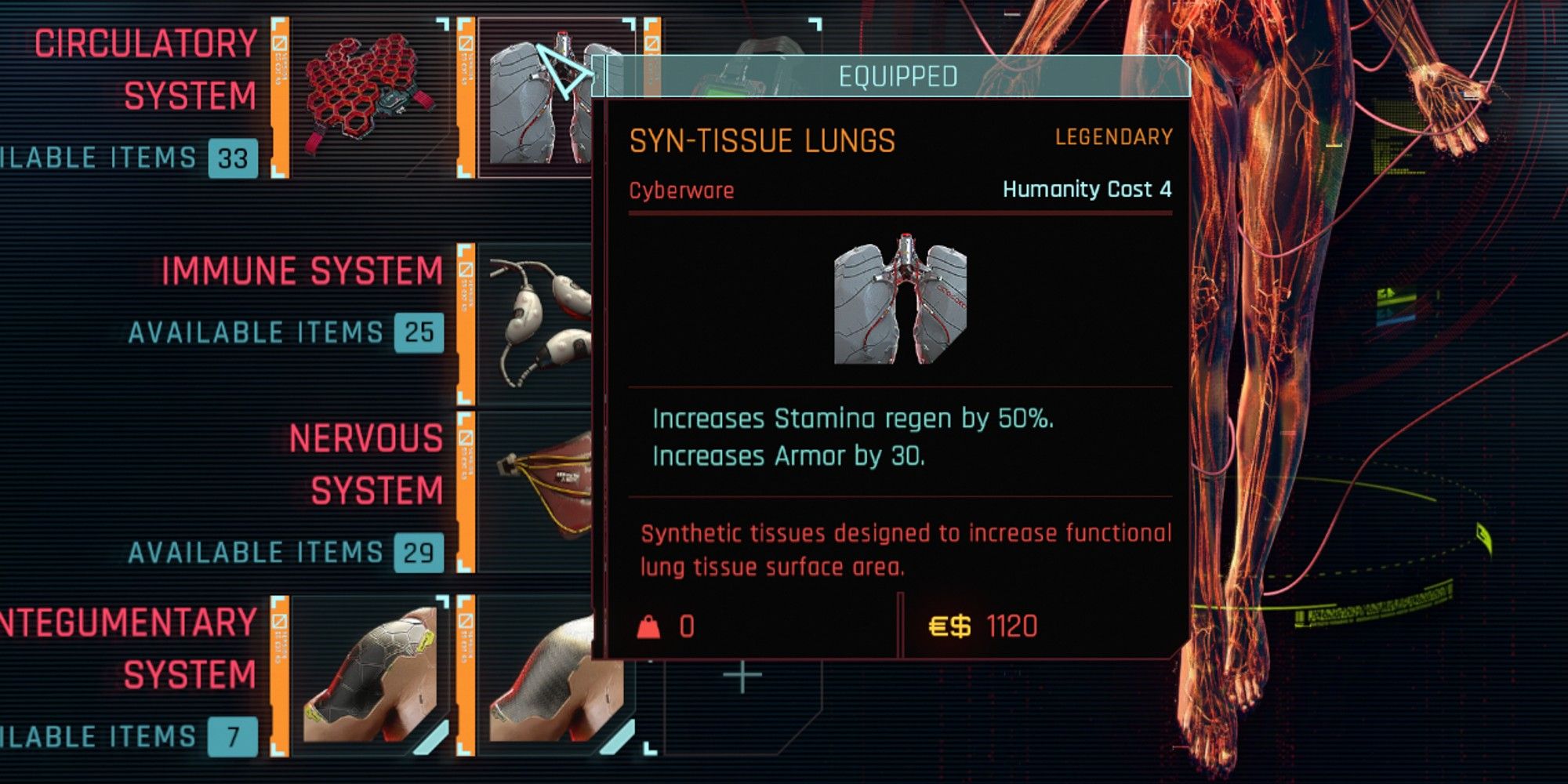 On top of that, almost every piece of cyberware you can obtain now has additional benefits, stats adjustments, and new descriptions. Some pieces will grant your character immunity to bleeding, while others will reduce fall damage significantly. Some of the rarer samples have also been shuffled among vendors, while several implants now have their insertion slots relocated to make more sense. For instance, Bionic Lungs have been moved from skeleton to circulatory system, as that's what it actually impacts.

For those who'd like to roleplay as a true cyborg, feel free to download 'The New Era' mod from his page on the Nexus website here. What's more, if you don't like the default armor values, you can always put your own figures in. And if you want even more fan projects that impact Cyberpunk 2077's gameplay, check out this recent mod that gives you the strangest gig to be found in Night City yet.