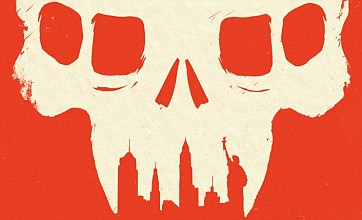 After failing to pitch a Days Gone sequel, game director Jeff Ross suggested an open world Resistance game, but that was shot down too.

At this point, everyone knows about how Sony rejected a sequel to Days Gone, but game director Jeff Ross has now revealed that he also pitched a new entry in the Resistance series.

Speaking with David Jaffe on his YouTube channel, Ross explained that, after failing to pitch Days Gone 2, he suggested an open world Resistance game, an idea he seems rather enthusiastic about.

‘The pitch I was making was open world Resistance, would be f***ing rad,’ he said, ‘All these open world loops that we figured out, it almost wrote itself with Resistance or so many aspects of that property that kind of lent itself to open world gameplay.

However, even though Ross claims that Sony ‘were interested in almost anything except for a Days Gone 2’, they also said no to his ideas for a new Resistance game.

Resistance is a first person shooter series set in an alternate 1950s where an alien race known as the Chimera has invaded and taken over Earth.

The series was primarily developed by Insomniac, although Day’s Gone’s Bend Studio had prior experience with the series, having made spin-off Resistance: Retribution for the PlayStation Portable.

There hasn’t been a new Resistance game since 2012’s Resistance: Burning Skies for the PlayStation Vita, and Insomniac has stated it has little interest in making a new one.

Apparently, Ross was asked if he and his team could reboot the Syphon Filter series instead, but Ross turned the proposal down due to a lack of interest and having zero ideas on how to do it.

Although the series was generally well received, it hasn’t had a new entry since 2007 and there doesn’t seem to be any high demand to bring it back.

This all comes shortly after Ross took to Twitter to complain how he and his team were made to feel like Days Gone was a sales failure, even though it sold just as well as Ghost Of Tsushima.

While Ross is no longer at Sony, Bend Studio has begun work on its next game, which it describes as an entirely new project. So, anyone hoping Sony has changed its mind about Days Gone 2 needs to accept that it isn’t happening.

Ross’ comments on his pitches for Days Gone 2 and Resistance can be heard in the video below from the 18:35 mark.