Helpful NPCs (non-player characters) are something that dungeon masters in Dungeons & Dragons often struggle with properly employing. After all, a D&D adventure should place the spotlight directly on the players instead of yet another character played by the DM. That being said, party sidekicks can provide welcome aid to a D&D party that's missing a key element of party composition.

The most well-known and common example of this is a party that doesn't have access to any healing spells. In cases like these, a proper sidekick can plug a hole in a party that could lead to dire consequences if it remains unfilled. Notably, the sidekicks presented in Dragonlance level up alongside the players, allowing them to grow in power just like player characters. While all sidekicks aren't created equal, it's worth considering which one of these sidekicks might best fulfill the roles that your party is missing before choosing which one to introduce. 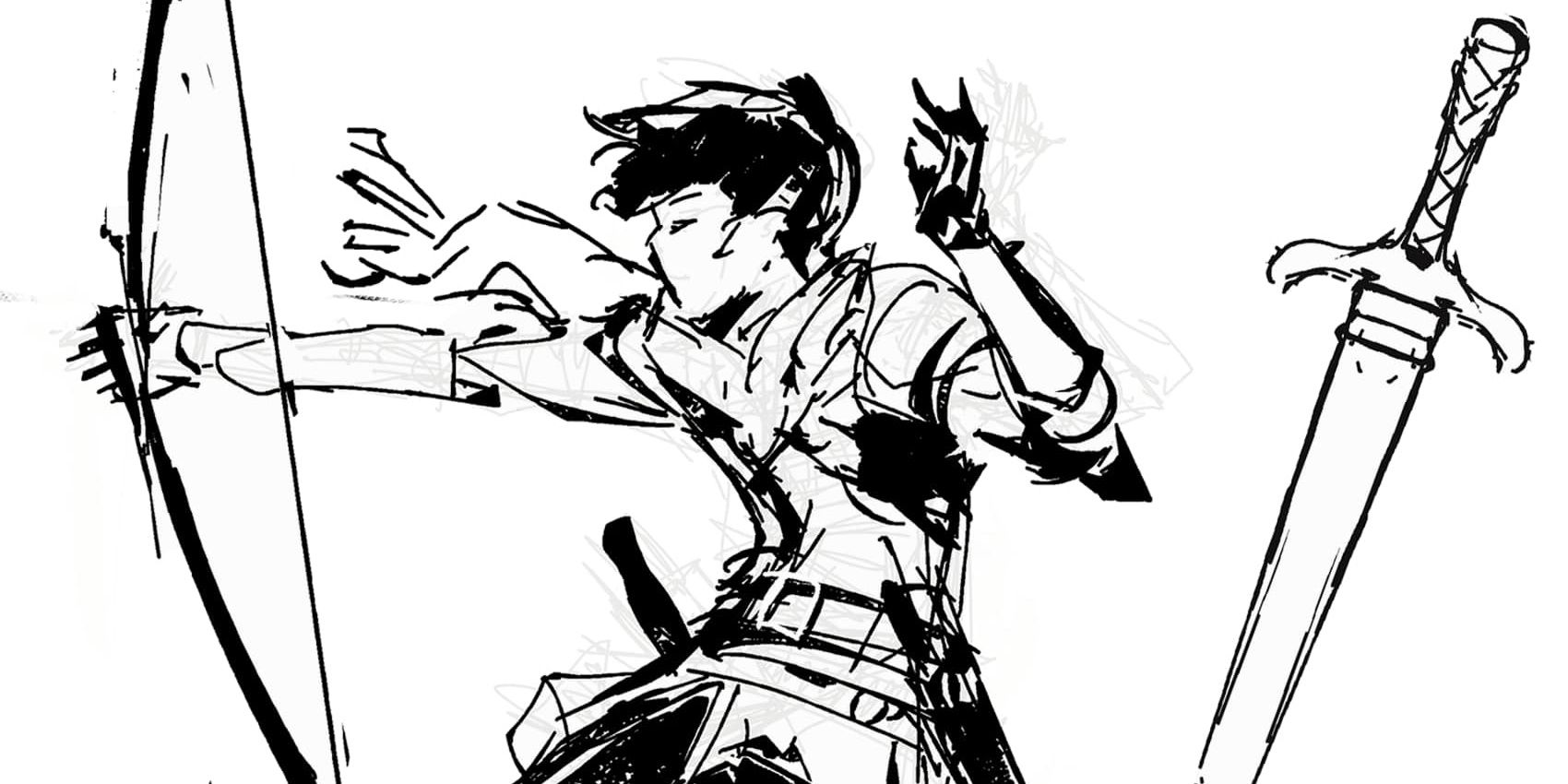 Ayik Ur is a Fighter style sidekick who comes from the lands of Khur where the Dragon Armies swarmed over and destroyed his home. He previously lost one of his legs beneath the trampling hooves of a charging warhorse, but that won't stop him from doing his part to fight back with bow in hand.

Ayik is best for providing additional damage output from range. As he levels, Ayik gains all of the class features for which the fighter is known including second wind, extra attack, and indomitable. It's incredibly rare that a D&D party doesn't have enough damage output, but if your group happens to be one of the seldom few, Ayik can throw down the extra bit of hurt your party needs from a comfortable long range position. 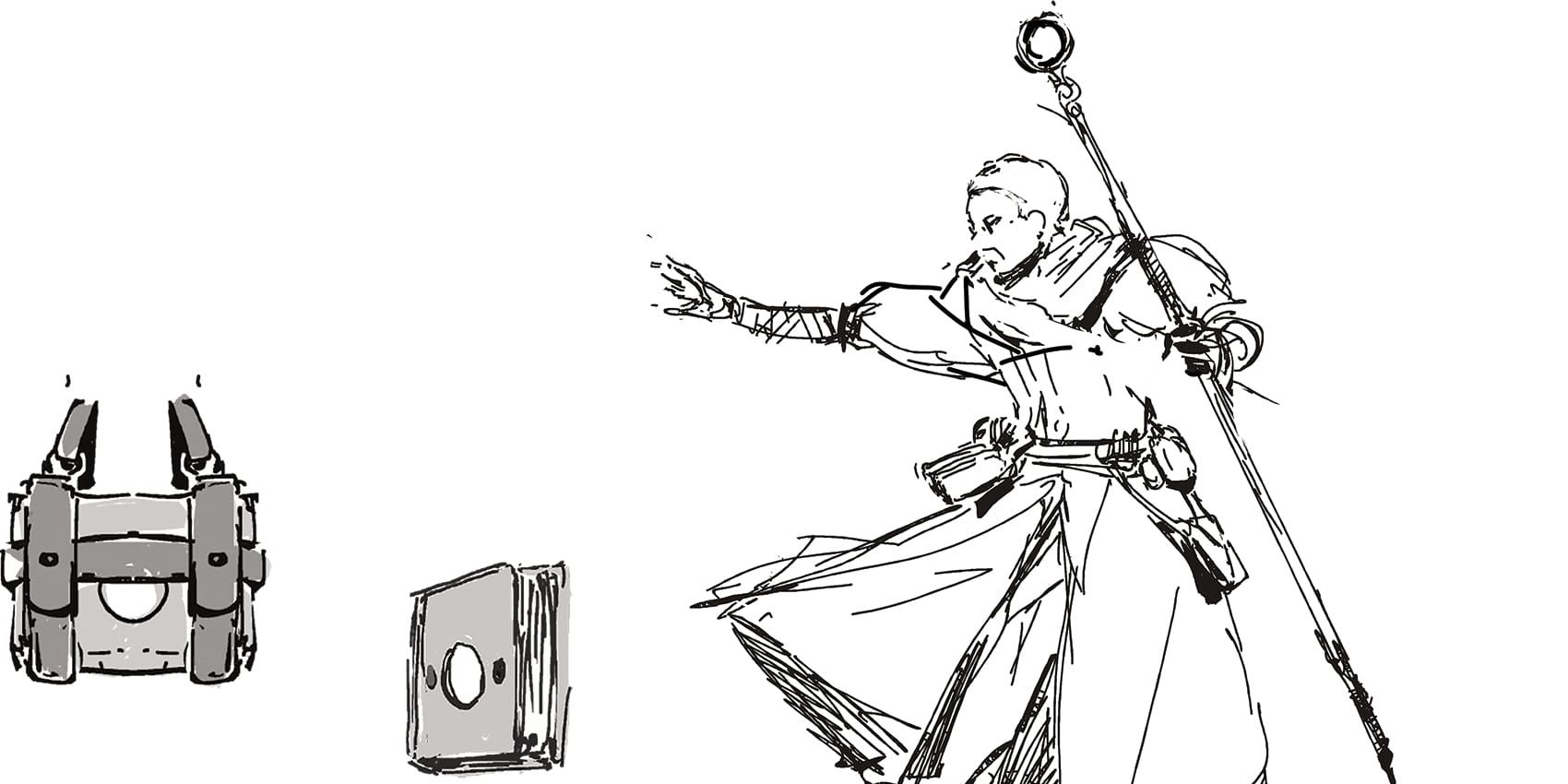 Andir is a mage that, interestingly enough, hasn't yet visited the Mages of High Sorcerery in order to establish his magical path. Instead, he's chosen to live the life of a wandering adventurer for a time. While mages like wizards, warlocks, and sorcerers often fill the niche of battlefield controller or magical damage dealer in the early levels of a campaign, Andir has access to a very limited number of spells that make him less than impressive in these regards.

Furthermore, the spells Andir gains access to as he levels aren't especially helpful either. Consequently, Andir isn't an especially helpful sidekick despite being a spellcaster. On top of that, Andir's refusal to seek out the Mages of High Sorcery could easily lead to the party being apprehended or hunted down by tower mages seeking to regulate the use of magic. After all, mages who aren't associated with the Mages of High Sorcery in the Dragonlance setting are recognized as renegades who must be dealt with. 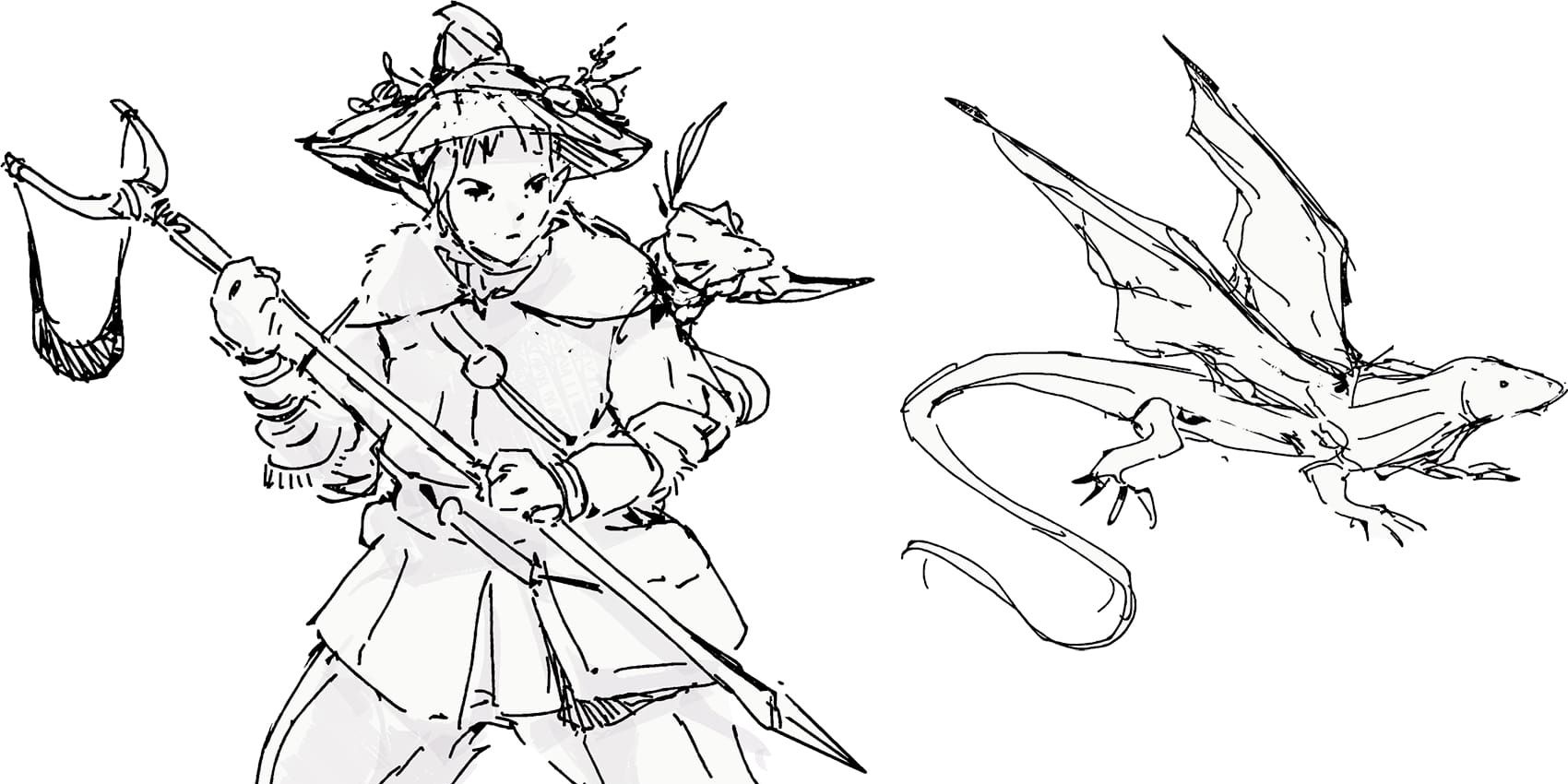 Tem is one of the wanderlust-drive Kender folk native to the Dragonlance setting. These small people are somewhat similar to Halflings from the Forgotten Realms though they are better known for getting into mischief. Thanks to her druidic aptitudes, Tem can fulfill the role of party healer quite easily. She also has access to a taunt action that can impose disadvantage on enemy attacks.

As she levels up, Tem unlocks a number of useful support spells including faerie fire, goodberry, enhance ability, and dispel magic. As opposed to Andir, this is a spellcaster that brings the proper support spells you expect from a spellcasting character. Additionally, Tem comes with a cute pseudodragon named Melon that can delight your players as the new party pet. 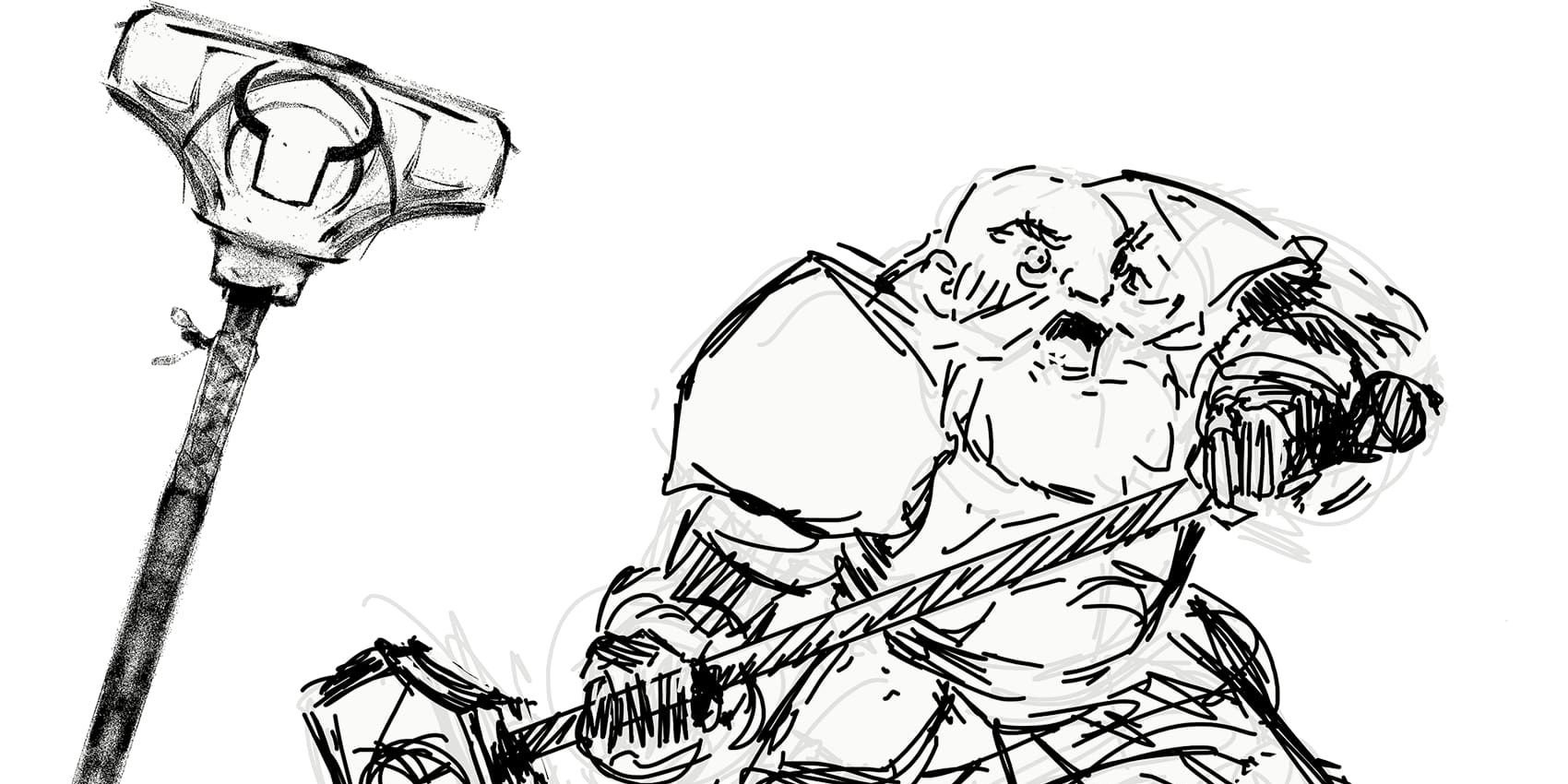 In case you want to highlight the return of the gods to the lands of Dragonlance, and none of your players pull on the thread, Hrigg Roundhook is a party cleric that will fulfill this storyline. He's also a dwarf, which are widely known for being hilarious to roleplay, so that's a huge plus.

As Hrigg levels, he picks up all the classic cleric spells that the class is well known for including Cure Wounds, Bless, Spiritual Weapon, Lesser Restoration, Beacon of Hope, and Spirit Guardians. Whether your party needs a healer or extra support, Hrigg truly brings something to just about any party composition. The only exception would be a party that already has a dedicated cleric as you don't want Hrigg to step on their toes. 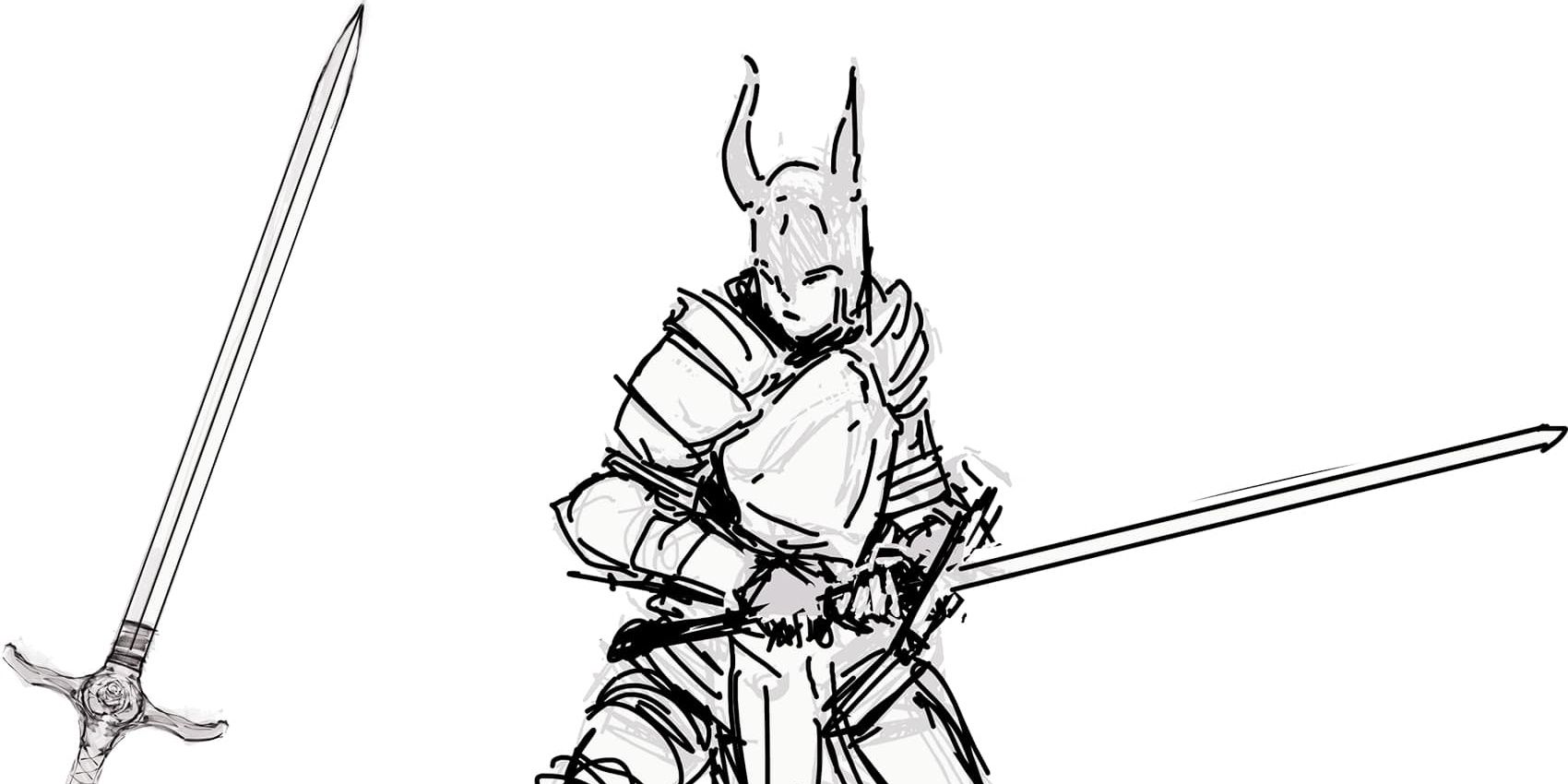 Levna is a member of the Knights of Solamnia who was recently inducted into the Order of the Rose: arguably the Knights' most important order which upholds its highest ideals of honor, wisdom, and justice. She bears a branching scar across her face that she claims was caused by the devastating lightning breath of a blue dragon.

Levna packs a serious punch thanks to her greatsword paired with her Pack Tactics ability which provides her with advantage on every attack she makes against an enemy as long as one of her allies is within 5 feet of the enemy. Additionally, Levna has the protection reaction which allows her to impose disadvantage on an enemy attack made on an ally within five feet of her.

Like Ayik, Levna gains access to many of the features for which the Fighter class is known as she levels up. Unlike Ayik, Levna employs a level of dice manipulation that makes her the perfect melee partner for any frontline character. 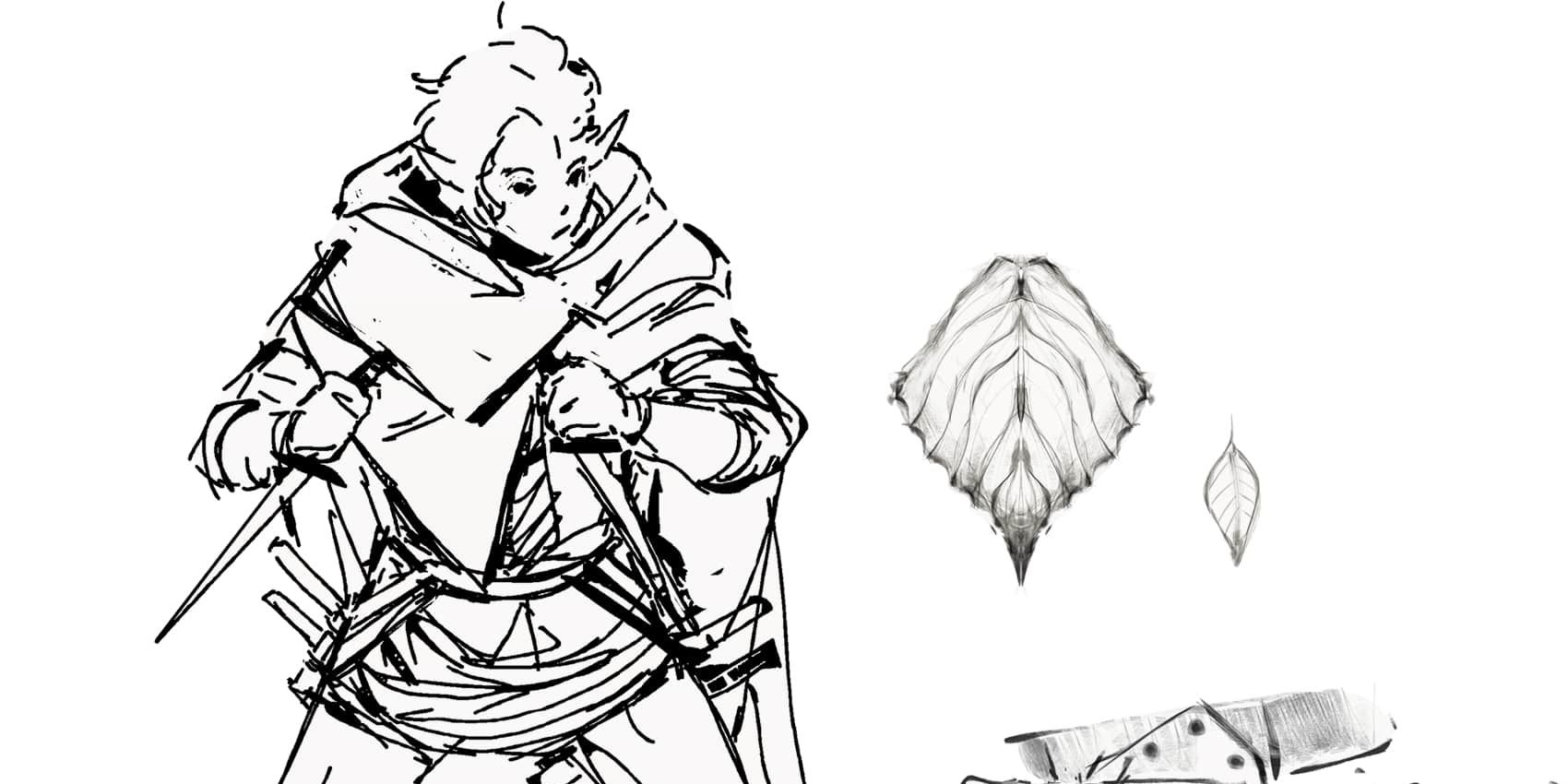 Finally, Iriad is a Kagonesti Elf Rogue that brings a suite of skills that's hard to turn down as well as powerful attacks that will deal more damage in the long run than any other sidekick. Iriad's experience as a scout lends her towards stealth missions as well as keeping an eye out for hidden dangers. Additionally, she can take the help action as a bonus action, providing one player character with advantage on their next attack or ability check.

As she levels, Iriad's skills become even more impressive and her help bonus action gives additional benefits including more damage and even a 1d6 bonus to attack or damage rolls at her highest level. Needless to say, the ability to provide one player character with advantage as a bonus action every turn is difficult for any of the previously listed sidekicks to beat.