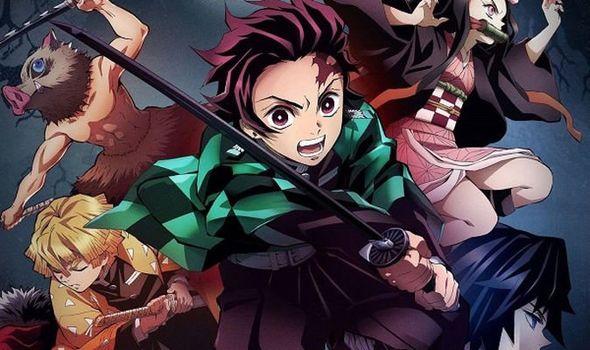 Demon Slayer season 2 release date is happening at some point in 2021, with rumours pointing towards an October launch for the Entertainment District Arc adaptation. Ufotable are rumoured to be making an official announcement on when the Demon Slayer 2 release date will be towards the end of September. And in the run-up to this highly anticipated reveal fans have found out one key bit of information about Demon Slayer season 2.

It has been revealed today that Funimation will be streaming Demon Slayer season 2 in 2021.

This includes the UK, US, Ireland, Australia, New Zealand and Canada.

“After the fiery events of the blockbuster film, Demon Slayer -Kimetsu no Yaiba- The Movie: Mugen Train, we’re excited to announce that Tanjiro, Nezuko, Zenitsu and Inosuke will return to Funimation in an exciting, mysterious new chapter, Demon Slayer: Kimetsu no Yaiba Entertainment District Arc.

“We can officially reveal that the television anime from Aniplex of America and ufotable will stream on Funimation in its English-speaking territories, including the United States, Canada, United Kingdom, Ireland, Australia and New Zealand when it arrives in 2021.”

The first season of Demon Slayer was available to stream as well in the UK on Crunchyroll and Netflix.

As of yet, neither service has revealed whether they will be streaming Demon Slayer season 2 as well.

The record-breaking Demon Slayer movie, which is the biggest box office hit ever in Japan, also became available to stream on Funimation in certain regions.

Last month the Demon Slayer Mugen Train film became available to stream exclusively on Funimation in the US, Canada, Australia and New Zealand.

Fans in Blighty and Ireland will have to wait and see whether Mugen Train also becomes available on Funimation.

At the time of writing, the Demon Slayer movie is still showing in UK cinemas.