Legendary Lost Sectors are the best means of obtaining Exotic armor in Destiny 2 currently. Completing a Legend or Master Lost Sector by yourself will net a high chance at obtaining an Exotic armor piece and a moderate chance at an Enhancement Core. 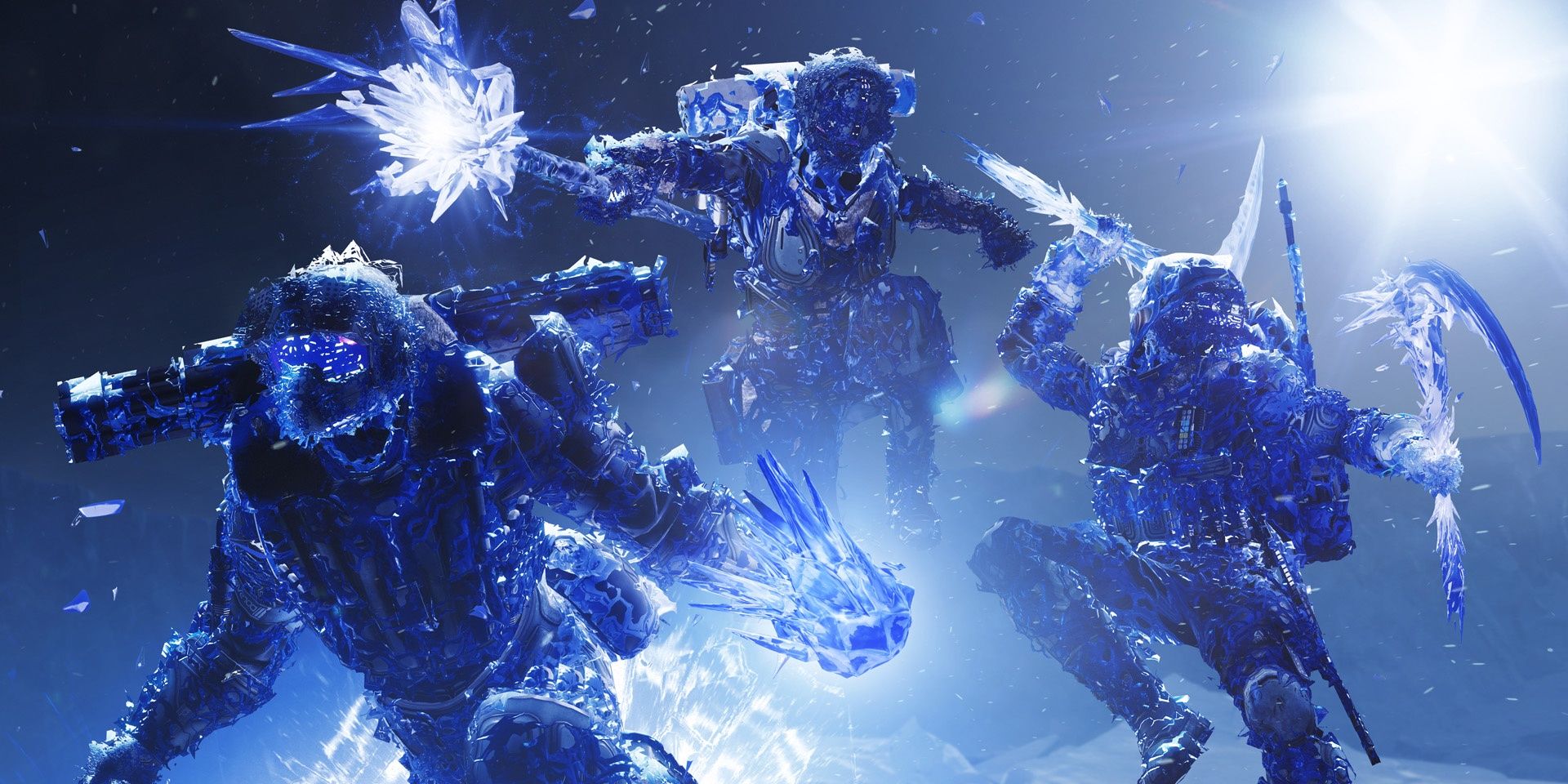 Before deciding on which items to use, take note of the following modifiers present in this Lost Sector:

Harpies are present at the beginning and final areas of this Lost Sector in large numbers. Since they all have Arc shields, an Arc Primary such as the IKELOS SMG is strongly recommended. Warmind Cells also work exceptionally well here due to how small each room is.

If you are at 1,270 Power of above, your damage output is high enough to instantly-kill the Hydra at the beginning of the Lost Sector if you use The Lament Exotic Sword. Even if you’re missing a Void weapon, Lament’s intrinsic perk allows it to partially bypass shields. It’s a risky choice if you are severely underleveled. For the fastest runs possible, however, this Sword is highly recommended. Machine Guns or Grenade Launchers are also solid here.

A Detailed Guide: Room One 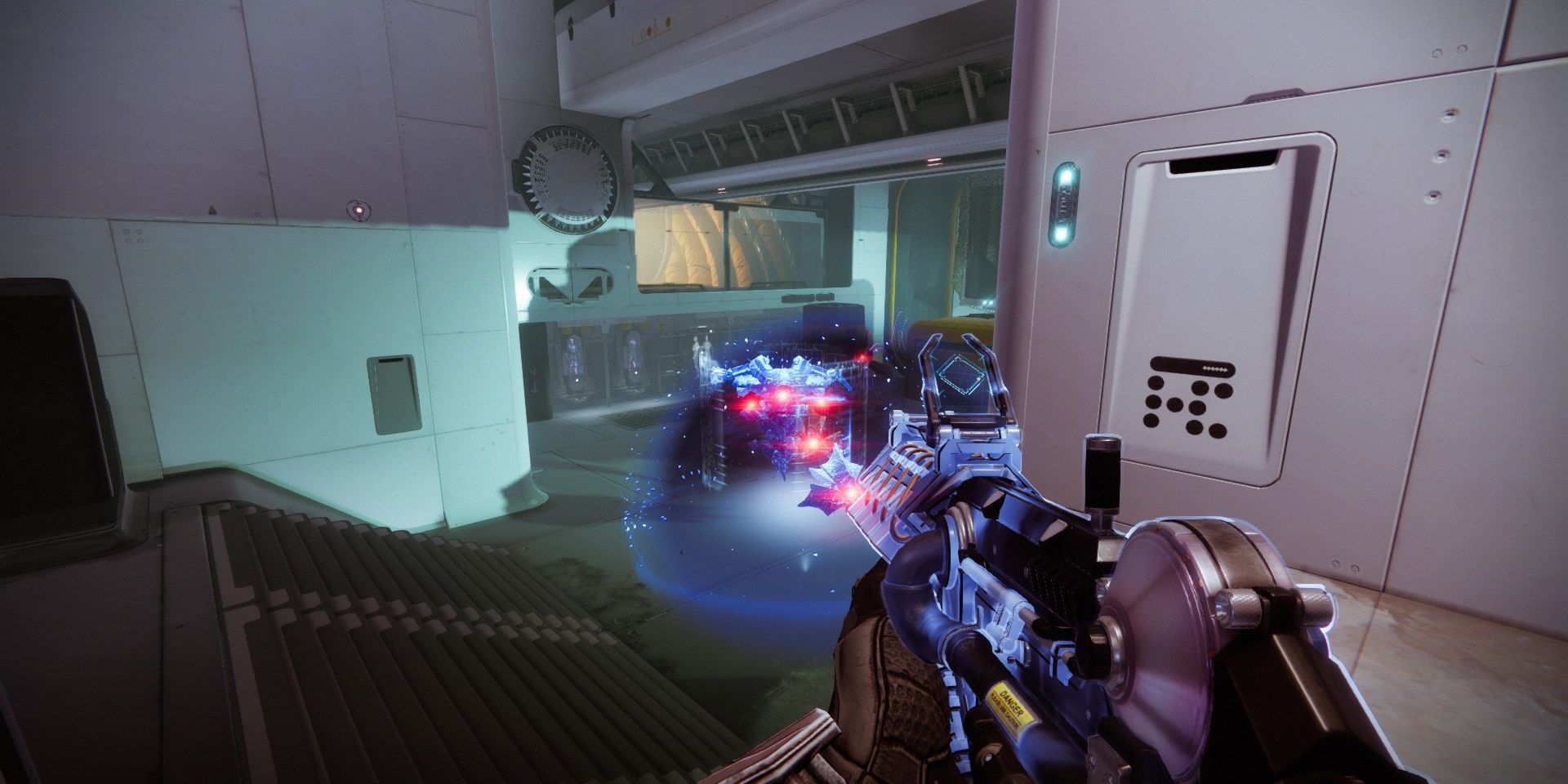 Perdition is arguably the easiest Lost Sector of the bunch due to how short it is. When you spawn in, drop down to the Harpy to your right and take it down. Two more will spawn and scuttle down the stairs to meet up with the Hydra. If you are using Stasis and Lament, throw a Duskfield Grenade near the Hydra and wait a few seconds for it to freeze. Charge into the fray and get x9 Banshee’s Wail before doing a heavy attack. If Lucent Blade is active and your heavy attack lands, the Hydra will die. Should the Hydra survive, it will teleport to either the end of the first room or the next room. If it is still in the first room, use your Sniper Rifle to damage it until the Hydra teleports once again.

When you push halfway into the first room, the second set of enemies will spawn. These enemies will consist of an Overload Minotaur, two Hobgoblins, and a handful of Harpies. Lure the Overload Champion to the back of the room before Overloading him. If the current season has Overload Scout Rifles, use an Explosive Payload Scout Rifle to stun the Minotaur in two shots. Take it down, clear out the rest of the enemies, then run up the stairs towards the second room. 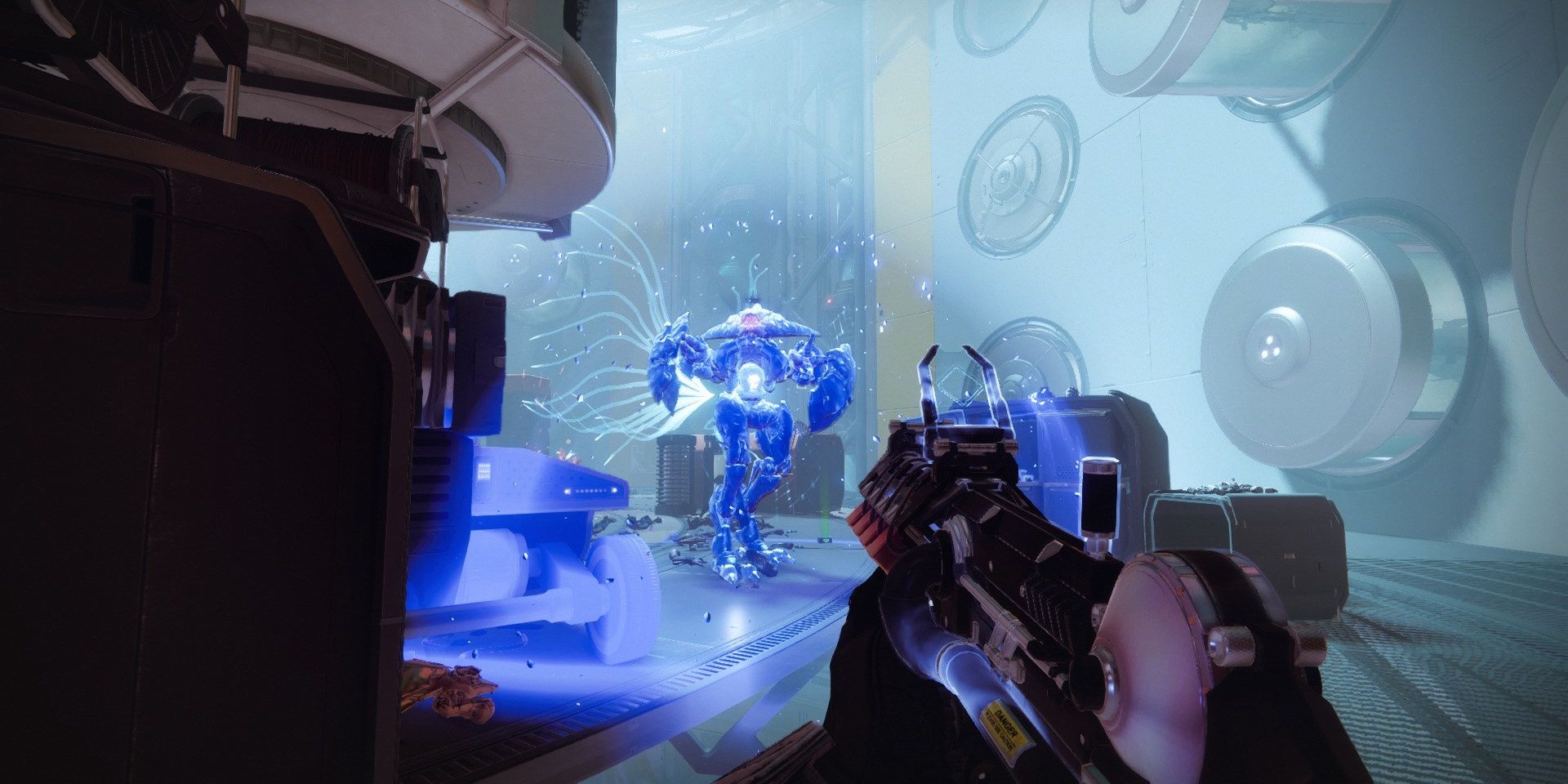 Immediately upon running up the flight of stairs, shoot the Overload Minotaur around the corner and run down the stairs. The Overload Minotaur will teleport to your location, allowing for an easy stun. Kill the Champion before running up the stairs to take out the wave of Goblins. If you did not successfully kill the Hydra in the first room, it will reappear on the stairs at the far end of the room. Damage it from a distance using a Sniper Rifle until it dies.

When you’re ready, push towards the center of the room to spawn the Barrier Hobgoblins and the next set of enemies. If you push near the stairs of the room, you will also spawn two Wyverns. Spawn the enemies before doubling back to the staircase. A Minotaur will charge you. Simply use a Void Heavy or Lament to take it down. Afterward, use your Anit-Barrier weapon to stagger the Wyverns, revealing their critical spot. You can then snipe this weakpoint to deal massive damage. Do not melee these enemies unless they’re frozen as their Void cannons will instantly-kill you. Take out both Wyverns before you push the Barrier Hobgoblins.

This is by far the trickiest part of the Lost Sector run; you will need to find to take down the Vex Goblins and separate the Barrier Hobgoblins away from each other to block their line-of-sight. Freezing one of the Hobgoblins or luring one down to the lower floor are the best options. Separate the Hobgoblins, take one down, then kill the second one. Run up the stairs to face the final boss and two more Champions.

A Detailed Guide: The Boss Arena 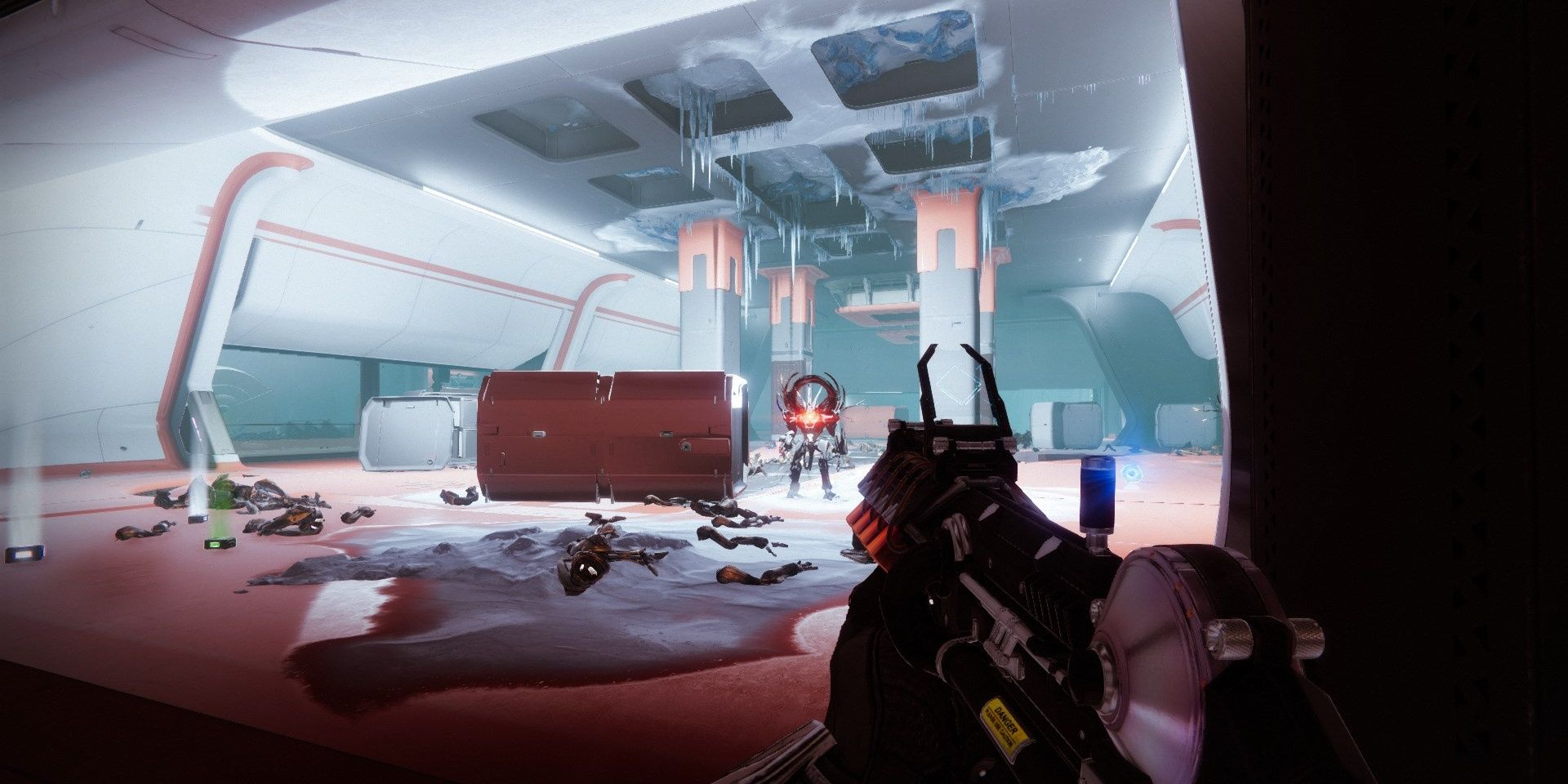 A giant Minotaur will spawn alongside a wave of Goblins and Harpies. Break the Harpy shields to regain Charged with Light stacks and to generate a Warmind Cell. Kill all of the rank and file enemies before damaging the Minotaur. When it’s just the boss remaining, use Lament to kill it by using a Banshee’s Wail combo alongside a few more light attacks. If you aren’t using the Sword, damage the Minotaur as much as possible from a safe distance.

Rush to the area beside the Lost Sector chest and use it as cover. Do not open the chest yet or you’ll void a Platinum completion. Two more Barrier Hobgoblins will spawn on each end of the room alongside a wave of Goblins and Harpies. As before, break the Harpy shields and detonate a Warmind Cell if it spawns to clear the rank and file enemies. Break up the Hobgoblins so they don’t have line-of-sight on each other, then tear them to shreds with a Heavy weapon. Grab the Lost Sector chest to receive your rewards and obtain a Platinum completion.

Next: Destiny 2: Beyond Light Complete Guide And Walkthrough 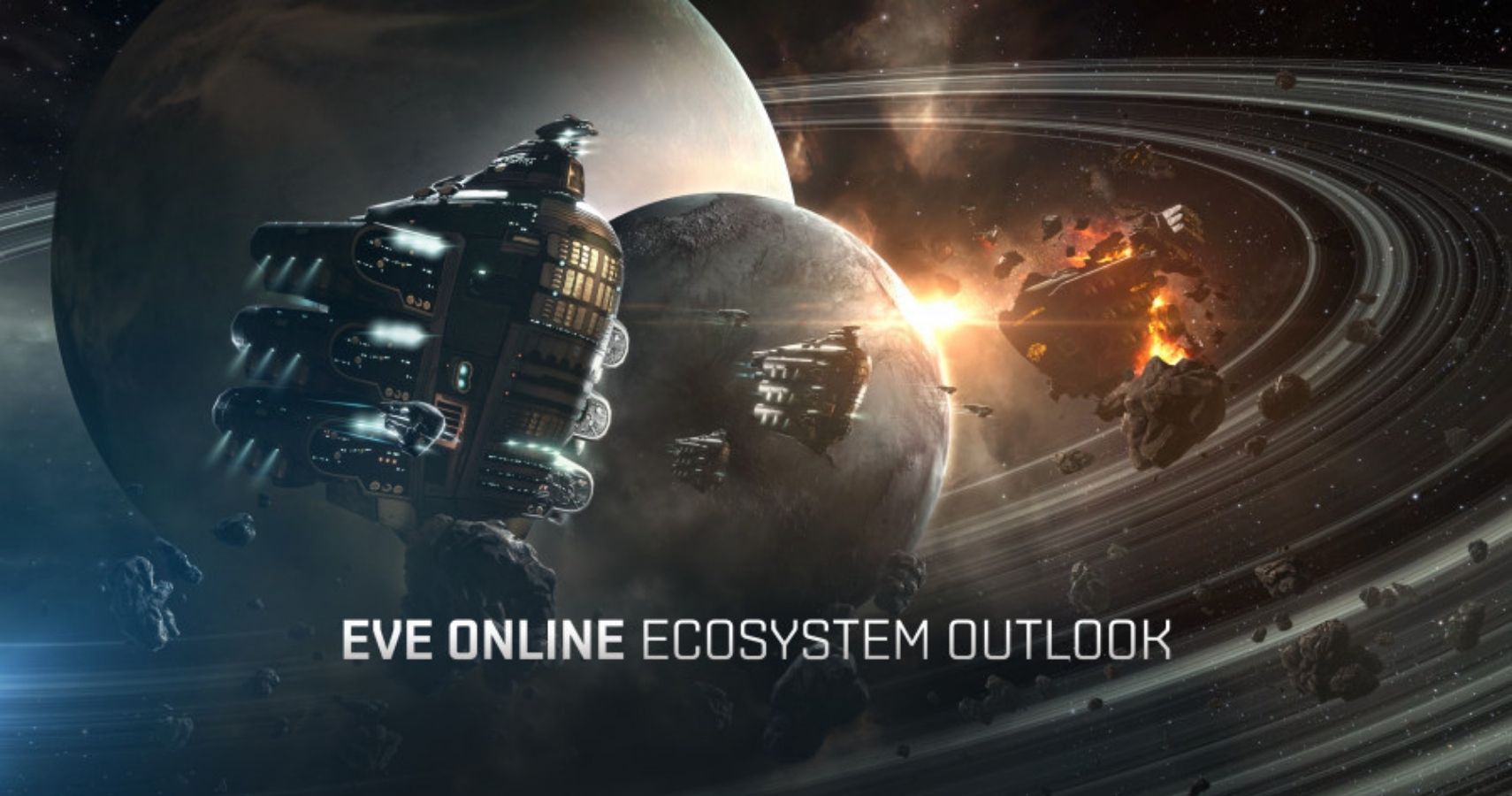