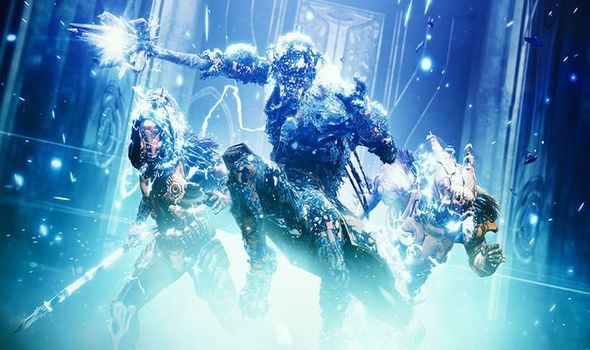 A special livestream is being hosted on Twitch today by Bungie, who have confirmed they will be fully revealing the new Destiny 2 Witch Queen DLC.

The special event will be hosted an hour ahead of the start of Season 15 – or Season of the Lost.

The downside is that the Witch Queen DLC will not be available this year, with Season 15 providing the next content update.

An earlier description of the Witch Queen reads: “The Witch Queen represents an important evolution in the ongoing story of Destiny 2. Beyond Light built the foundation and allowed us to weave the world-building of Destiny and Destiny 2 together, but The Witch Queen will light the fire on a strongly interconnected narrative across Lightfall and beyond, unlike anything we’ve ever attempted before, with characters, arcs, heroes and villains that persist over multiple future releases.

“With so much leading to and dependent on what happens in The Witch Queen, we wanted to make sure that we gave ourselves enough time to build out this journey in the right way, starting with an exceptional first chapter in The Witch Queen.”

WHAT IS THE DESTINY 2 WITCH QUEEN REVEAL TIME

Bungie has confirmed that the Destiny 2 Witch Queen reveal will be held at 5pm BST on August 24.

This will be available to watch on the official Bungie Twitch Channel, with new trailers expected to be uploaded on YouTube.

The development team are expected to share the latest news on what will be included in the Witch Queen expansion, and also confirm what is coming out of the Destiny Vault next.

The livestream event will be followed by the launch of the Season of the Lost, which is set to include a number of big changes for the game.

Bungie has confirmed that they are making changes to the loot pool of the Prophecy Dungeon.

This includes original rewards from the Trials of the Nine being added to the Nine-themed dungeon.

Bungie has revealed that these weapons have been upgraded with random rolls and certain ones will drop from specific encounters of the Prophecy Dungeon.

Expect more Destiny 2 Season 15 news as we heard towards the full release date on Tuesday.

For gamers in North America, the same patch will be going live at around 10am PDT.

This is a unified launch across all platforms, meaning that everyone gets access to the new update at the same time.

A message from Bungie adds: “Season 15 introduces Legendary Stasis weapons, and we’ve seen some concern about how these are intended to work, particularly in PvP.

“Stasis weapons don’t intrinsically do anything differently from weapons of other damage types, but they are the only weapons that can roll with Stasis perks.

“We generally intend Stasis perks with slowing or freezing effects to have a kill trigger, this being easy enough to trigger in PvE and fun to use but not obnoxious to play against in PvP.”