Destiny 2’s coming Witch Queen expansion just got a website update with a few new details to pour over. One of them is a six-player matchmade activity called “Eternal Conflict” that hasn’t been discussed in any of Witch Queen’s previous marketing.

"A new six-player matchmade activity at the heart of the ongoing struggle for the Throne World,” reads the site description. “The balance must be maintained." A single screenshot shows six Guardians all wearing the new Witch Queen-themed armor storming Savathun’s palace, which is guarded by her light-bearing Lucent Brood and several Shriekers.

Destiny 2 has been really pushing its six-player activities lately. The most recent season has a six-player activity called Astral Alignment that gets Guardians straight into the action, and before that, Season of the Splicer had Override. The recent 30th Anniversary Update brought Dares of Eternity that doubles down on the action front with its game show theme and Halo loot. 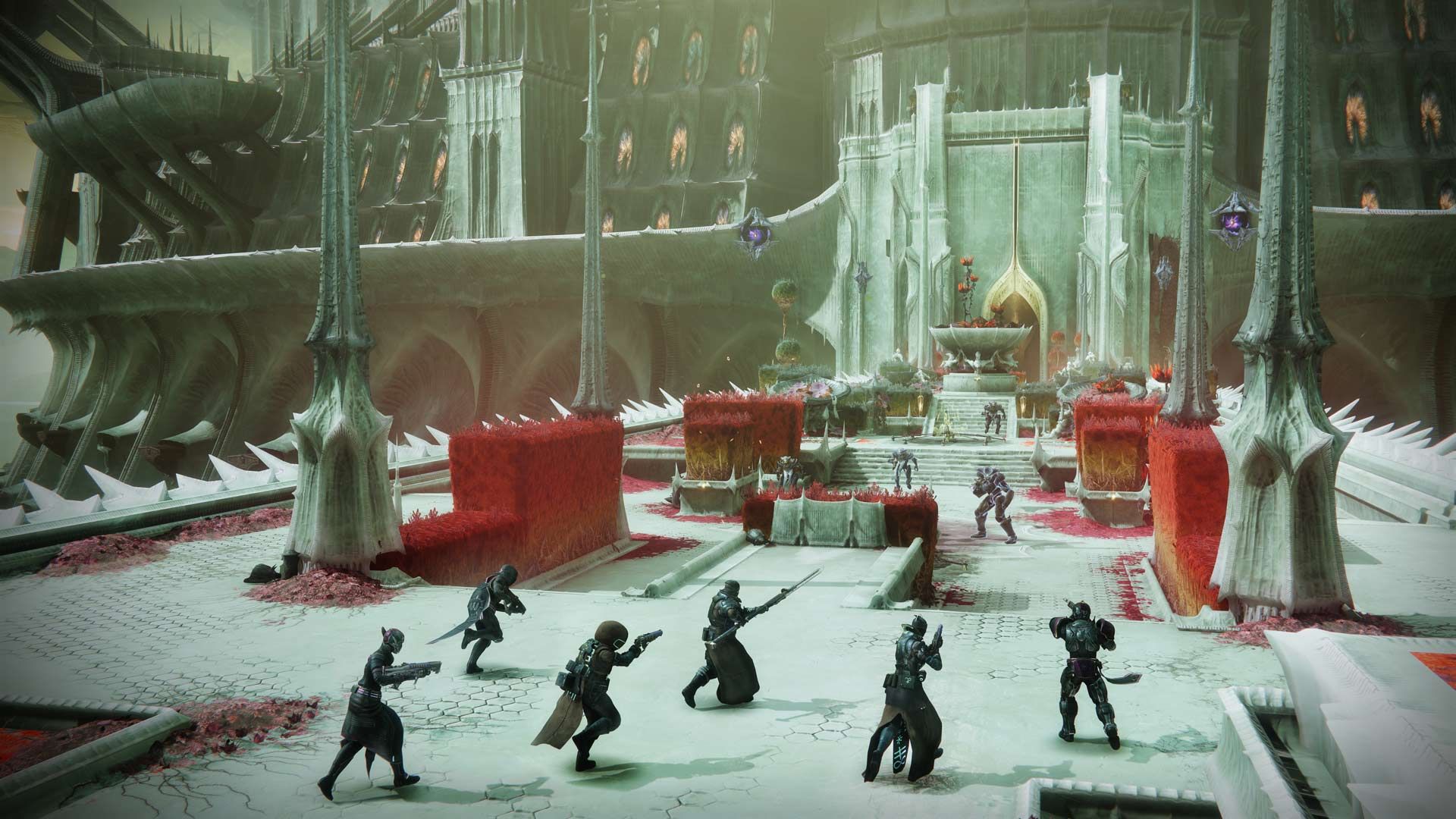 Eternal Conflict is likely to be a bit more thematic than Dares of Eternity, but it continues Bungie’s trend of having six-player activities in each new season.

The site provides a few tidbits about the new raid coming in Witch Queen too. Savathun's Throne World apparently hides a "sunken Pyramid" that has an "ancient danger imprisoned within." It'll probably turn out to be Taniks, but you never know–maybe we'll get our first look at a personification of the Darkness itself.

There's also a brief line about a "Pyramid relic" that Guardians will use as "a weapon" to defeat Savathun. This might be the seasonal artifact, or it might have something to do with the coming weapon crafting system.

The Witch Queen arrives on February 22, so there's still plenty of time for more trailers, teasers, and theories before all our questions will be answered. And more than likely a few more questions will be created, knowing Savathun.