There are many battles in gacha-style mobile game Dislyte, but one of the most challenging for new players is the Spatial Tower trial. Inside, you’ll find 100 unique levels which get progressively harder, with each new challenge only opening up when you’ve defeated the last. It’s a great way to hone your skills, as you’ll face many combinations of Espers.

Each level of the tower has a reward, with the top one giving a unique prize — the highly-regarded Esper Lucas. And, once you’ve beaten Spatial Tower 100, you’ll gain access to the Temporal Tower — another 50 levels of challenges, which are repeatable each month for some fantastic rewards. However, getting past level 100 is no easy task.

What Will I Face In Spatial Tower Level 100? 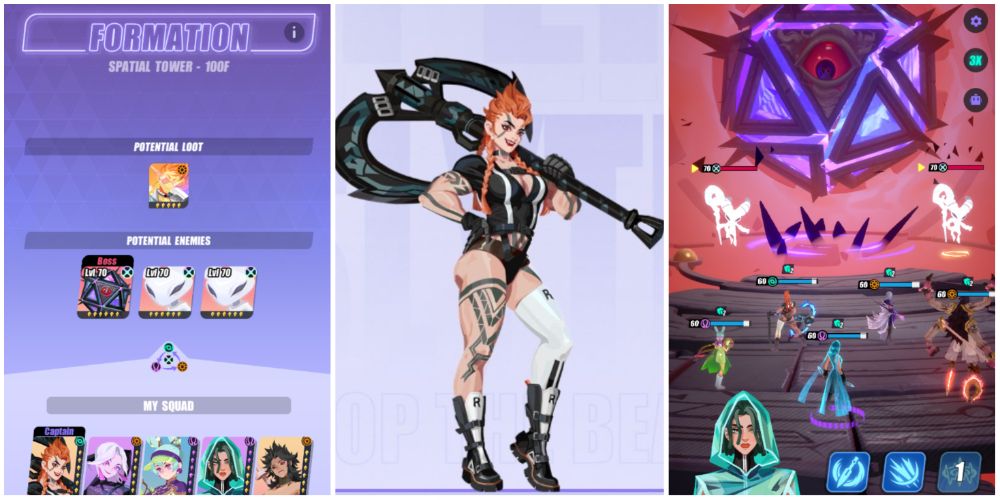 As with all the earlier ‘zero’ numbered tower levels, you’ll be facing three waves of enemies rather than two. The enemies are all level 70.

Wave one consists of two Laylas, Jacob, Kara and Triki. Trike can dispel buffs and inflict a 50 percent Miss Rate Up, which can really mess with your plans. Layla, Kara and Jacob are all about Poisoning you, so you’ll need to get Immunity up early and try to keep it up.

Kara is probably the biggest problem, as her basic attack can cause Disease. If that gets through, that Esper can’t be healed, so they’ll quickly be in big trouble via Poison, and you won’t be able to heal them. Luckily, they’re not too fast, so any of your Espers with reasonable speed (150+) should get their actions in first.

In the second wave, you’ll be up against Ye Suhua (buffs and heals), Lucas (dispeller and speed manipulator), Unas (fast DPS), Tiye (a lot of SPD and AP debuffs), and Raven (buff dispeller).

If these guys get their speed-up, it can be curtains for your squad. Ye Suhua can be a real pain here, as if you target one enemy but don’t take them out before she acts, she can make them Invincible and Revive them.

At least if you target her early, she’ll cast on herself, letting you then concentrate on another target while she heals herself. If you can take Lucas down now, the rest shouldn’t be too tough.

The final wave of the Spatial Tower is pleasantly odd and unique, as it’s a genuine boss battle.

You’ll face three enemies: two are Phobetor Followers. These grant Phobetor (below) extra SPD while they’re alive, or extra ATK if you defeat them, through a passive ability (Lightning Ring).

Their basic attack gives Phobetor bonus AP, and they have a chance to counterattack when targeted — or, if they’re protected by Life Shield, their attack has a chance to Stun (but they won’t Counterattack).

Phobetor is a strange one-eyed floating creature that has three abilities:

After the battle begins, the Phobetor turns will flow like clockwork. Once you know the pattern, you can work out how to tackle it. 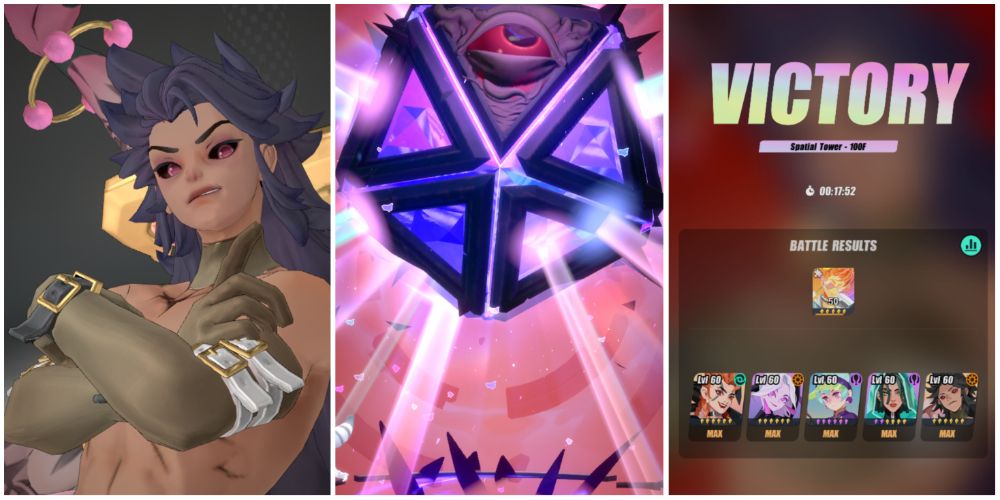 You need to save an attack in reserve that can take down the shields from the Followers after Phobetor uses Howling Nightmare. If you don’t, Phobetor’s Restless Night attack will likely one-shot one of your Espers. If you can continue to remove those shields, the final wave should be relatively straightforward.

The minions themselves won’t trouble you much damage-wise, so concentrate the rest of your efforts in taking down the boss. When he falls, you don’t need to continue the fight against the Followers — the battle will end immediately, and you will have completed Spatial Tower 100.

Perhaps uniquely for the Spatial Tower, the two waves of Espers you face before the final battle can often prove more challenging than the boss itself.

You’ll certainly want a strong healer, and preferably one who can also give Immunity to your squad. Immunity is important, so if you can’t or don’t want to get it from a healer, make sure one or two of your support cast can chip in with it.

Bring Down Those Shields And Get The Job Done

You need a strong attack that will guarantee to target both Phobetor Followers when used, which you need to use on the turn after Phobetor itself uses its Howling Nightmare ability.

You’ll know this has happened as the Followers gain a glowing shield. To take out level 100, you’ll likely want two great AOE damage dealers (or one alongside Gabrielle):

It's a good idea to have two good damage dealers because you can't guarantee one hit will take out both shields. This is why extra Espers who can hit all targets, such as Gabrielle, can be very useful here.

Even great squads will need luck to go their way in the first two waves, and to hit the final one with a full team of Espers. But once you do, you should march on through the final wave. And then it’s time to move on to the Temporal Tower.