Doctor Who Am I is billed as a deep dive into fan culture, but restricts itself to the shallow end. The documentary sees Matthew Jacobs, the writer behind the controversial 1998 American Doctor Who TV movie starring Paul McGann as the 8th Doctor, attending conventions and visiting fans’ homes to try and understand the Doctor Who community developing in America all these years later. Some mock him to his face, even claiming he “ruined their childhood”, likening it to George Lucas and the Star Wars prequels. Others react angrily after finding out he’s behind the 1998 TV movie’s controversial twist that retconned the Doctor to be half-human after having been depicted as an alien Time Lord since the ‘60s.

Despite this ‘warts-and-all’ look at the fandom, Doctor Who Am I airbrushes most blemishes out and does little to grapple with these themes of toxic gatekeeping and the darker sides of the community, leaving it as a hollow insight into the world it claims to explore.

There’s a moment when Jacobs is talking to the movie’s executive producer Philip Segal. Like a lot of the documentary, it's a sentimental and human moment, a touching 20-year reunion that brings these two together years after facing abuse from fans over their attempt at reviving Doctor Who following its turbulent run in the ‘80s. Fox had picked up the IP hoping to bring Doctor Who to a new audience in America. When it failed, the subsequent planned series was never picked up, leaving it dormant until Russell T. Davies revived it on the BBC in 2005. There’s a lot to unpack about the aftermath of its release and how far these two have come, but it only gets a brief look in here. Segal touches on the toxicity of fans, saying he was attacked for the changes the movie made to Who canon, but the moment backs away from the issue when it would have been all the better for pushing further. 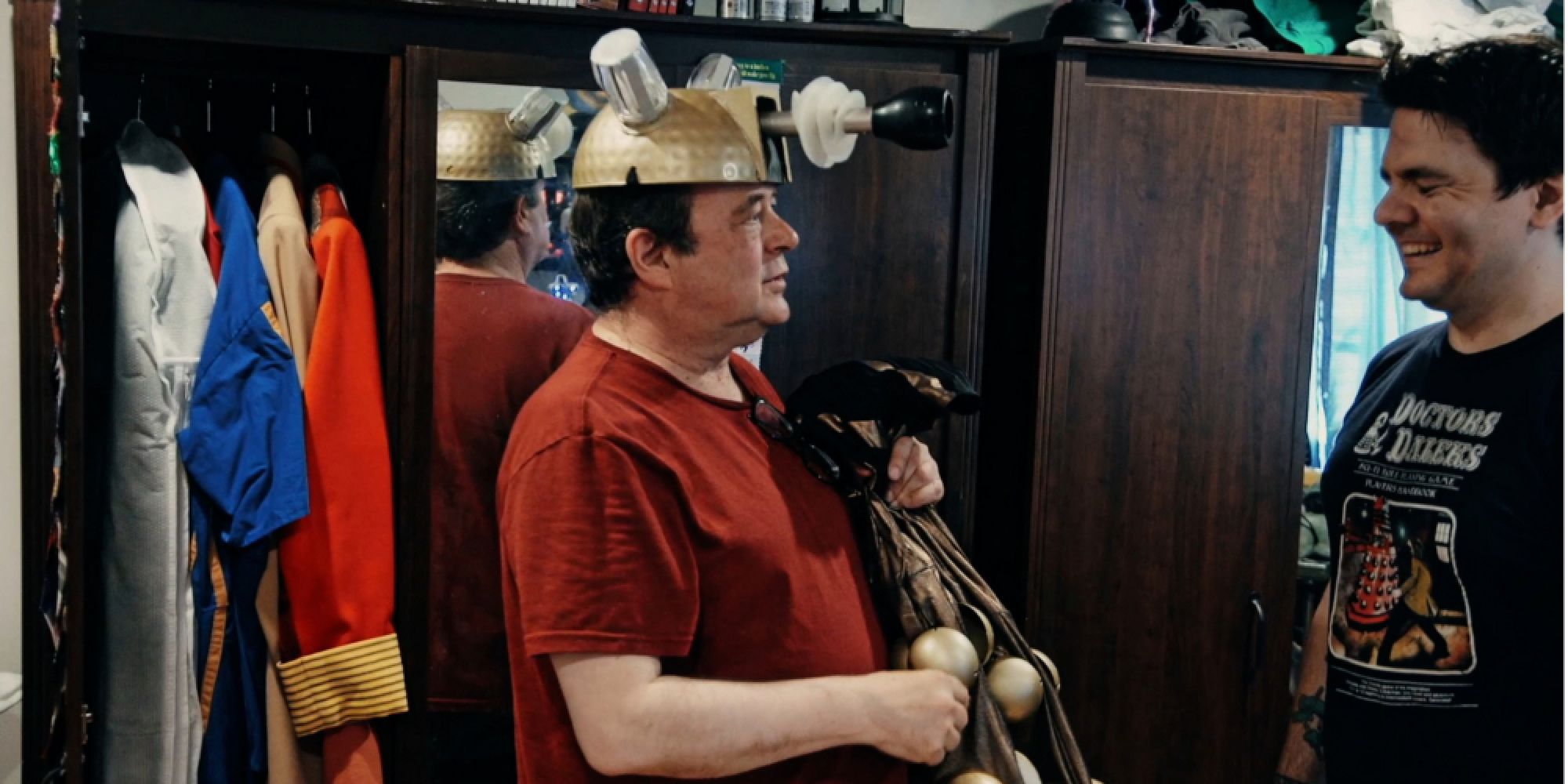 Despite the brevity, this is the closest Doctor Who Am I comes to grappling with the possessive ownership and entitlement that leads to harassment of talent and crew. Given that we’re still seeing that all these years later with Jodie Whittaker’s 13th Doctor and exiting showrunner Chris Chibnal, the avoidance of toxicity to romanticise fan culture feels ill-timed and out of touch. From the 6th to the 8th Doctor, this rampant entitlement was at its peak, and Segal’s anecdote is proof, yet as soon as the interview concludes, we’re back to the awkward segments with Jacobs being thrust into fans’ homes where they ridicule and talk over him. All of these moments, where the challenging questions of fandom could be examined, are downplayed as comedic and lighthearted. The awkwardness is pushed aside as the documentary continues to unabashedly push the narrative of fandom as family, breezing over these less positive moments.

The quieter moments separate from the fans, where we get insights into Jacobs’ experiences with Doctor Who and his complicated relationship with it, are where Doctor Who Am I thrives. It shows the impact of vitriol and entitlement through a very emotional connection. He has a long history with the show as his dad appeared in the 1st Doctor’s story The Gunslingers, making his transformation of the show for American audiences a brilliantly poetic coincidence. These moments make watching Doctor Who Am I worth it, as Jacobs’ return to the show to uncover his legacy is beautiful to watch. But we see far more of him being subjected to the same hatred and gatekeeping that came in the wake of the movie and has typified the last few years of Whittaker’s run. 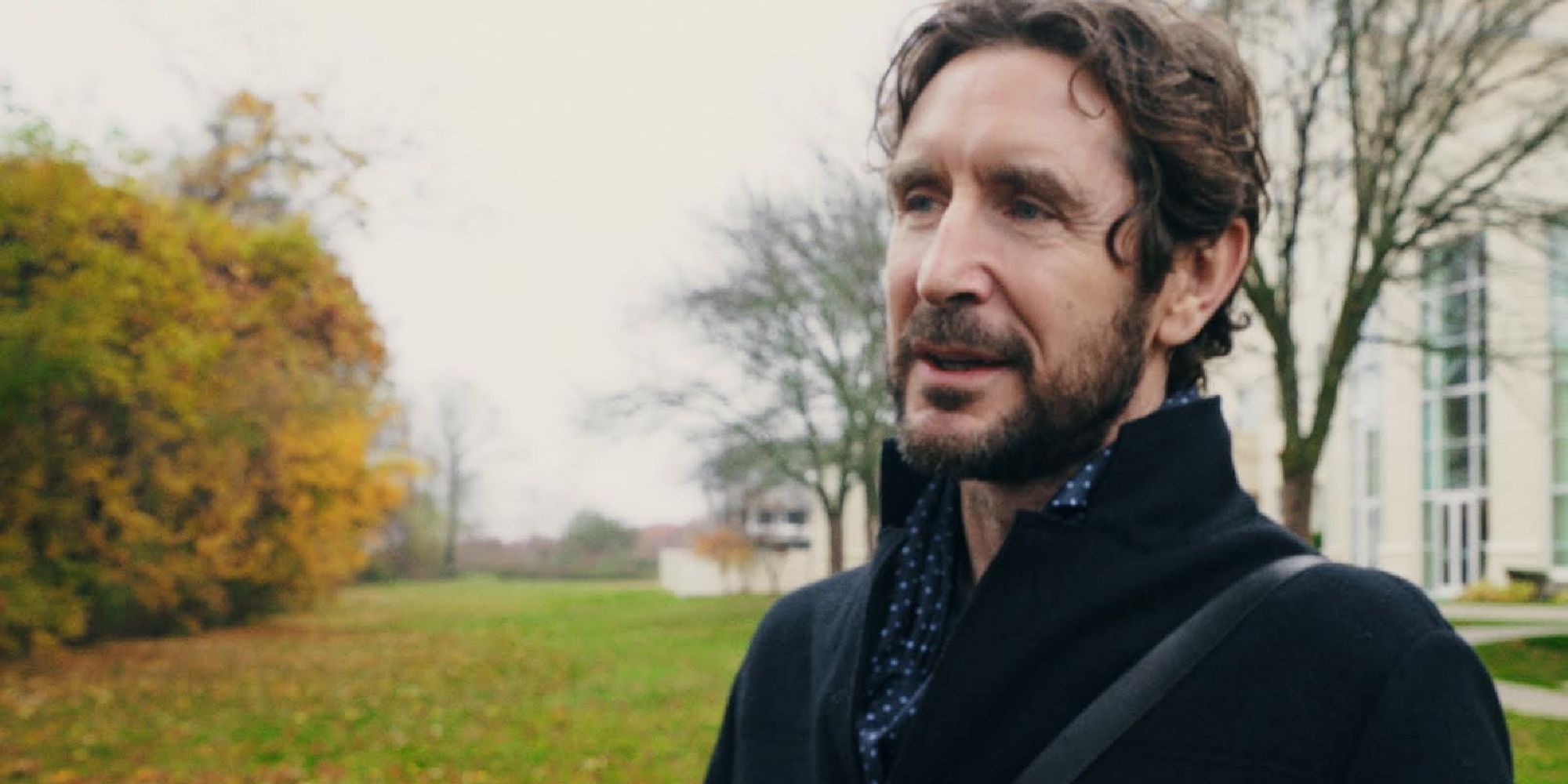 As a fly on the wall watching Jacobs’ return, I couldn’t help but feel uncomfortable throughout. The interactions with fans filled me with second-hand embarrassment as the hatred spilt out unabashedly in front of the movie’s writer. Even aside from the TV movie, the fandom’s more uncomfortable, combative nature was ever-present, but never stood against.

Instead, the documentary continues the idea of fandom as a family, those bullied for their passions banding together to celebrate something they love, but it also props up fans who openly gatekeep and push others out of the fandom for not being devoted enough. You have to prove you really are a fan, and there are very specific parameters. One cosplayer in the documentary takes the stage to ridicule Tumblr fans who grew up with David Tennant, claiming they don’t understand the show if they can’t get into the Classics. The stance is never challenged or even ruminated on in the documentary.

Doctor Who Am I timidly props up a toxic side of fan culture with little criticism, making it mostly a missed opportunity to explore one of the show’s most interesting, misunderstood eras. The parallels between the TV movie and Chibnal’s current era are striking, with sweeping retcons to established lore that has incited toxicity from the fans en masse. It used to be in response to the Doctor being turned into a half-human on his mother’s side, and now it’s because the Doctor isn’t a Time Lord at all, but the original species that they stole regeneration from. In an era where entitled fandom is so prevalent in such oddly similar ways, it feels strange to omit that from the conversation, and that’s where Doctor Who Am I ultimately stumbles.