E3 has always been video games’ biggest event, and despite the expo being an entirely digital showcase due to the pandemic, we’re as excited for it as ever. Not only is the beloved trade show in the spotlight over the coming weeks, but so is the independent Summer Game Fest hosted by The Game Awards creator, Geoff Keighley. Because the pandemic has thrown the industry into an unprecedented year for game development, we don’t know quite what to expect from the announcements.

Will there be more games than previous years? Has the pandemic caused even more delayed games than we already know? We’re in for a couple of wild weeks of game announcements and news, starting on June 8th with Summer Game Fest.

We gathered a handful of Game Informer editors to discuss some of the games and hardware announcements we could possibly see. Here’s what the staff thinks will be unveiled:

We'll Get A Better Look At Fable

No longer a fabled project, we’ve known for a while about the existence of Playground Games’ take on the Fable franchise since the Xbox Games Showcase in July 2020. We’re hoping development has been good to Fable and it will be ready to be shown at the Xbox event on June 13 at 10 a.m. PT. We don’t know how much DNA is shared with the original trilogy, but given the one trailer we have seen so far, it looks to keep its tongue firmly in its cheek. We did get one tidbit recently regarding the use of the Forza engine to power this anticipated sequel. We can’t wait to have a good look at what we assume is Albion and the surrounding fantasy world brimming with enchantment. 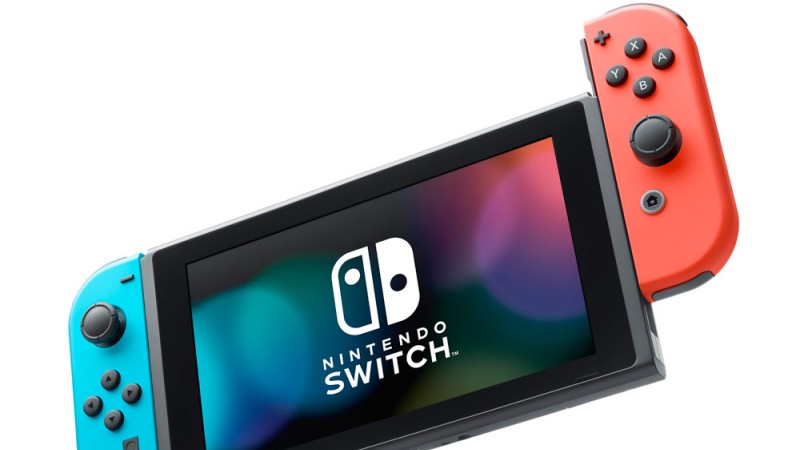 The New Nintendo Switch Is Announced

This one is slotted firmly in the category of “worst kept secrets in games that we hope are true.” Reports have been running wild for a while now about a new Switch model releasing later this year. This new revision is rumored to replace the original docking Switch model and give the hybrid some sweet new specs. The device itself is supposed to have a new, larger 7” OLED display sporting 720p resolution, coupled with 4K output when docked to a television. Details have slipped over the course of months, but Nintendo has stayed quiet. We think E3’s Nintendo Direct is the perfect time to unveil this console update. Switch Pro, Super Switch, whatever they want to call it is fine with us, especially if they pair the announcement with a proven console seller along the lines of… 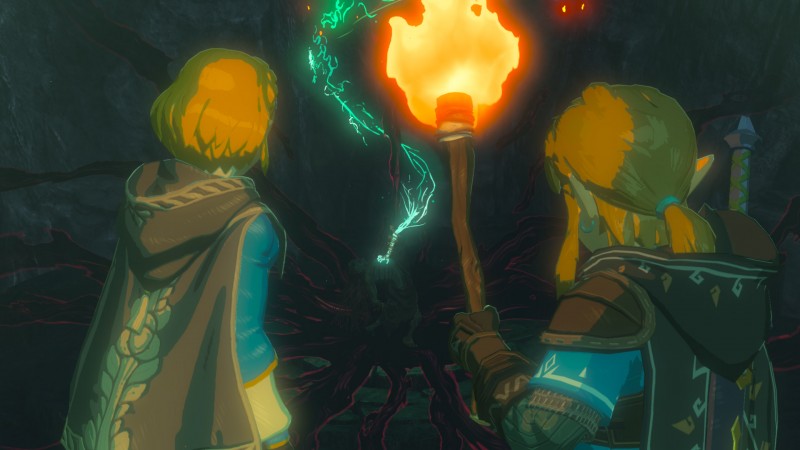 What better game to usher in fresh, upgraded Switch hardware than the sequel to the game that launched with the Switch back in 2017? The unnamed sequel to Breath of the Wild was announced two long years ago at E3 2019, and since then we’ve waited for new information. Nintendo has been incredibly tight lipped outside of saying we would know more this year. What we do know about the sequel involves Link and Zelda exploring a crystal-lit cavern where a curse-riddled sage is sealed away. Do we get to explore more of Hyrule’s subterranean realm? Will Zelda finally be playable in a mainline game? Is this sequel a co-op experience? We are in the midst of celebrating The Legend of Zelda’s 35th anniversary, and that would be one heck of a way to honor the princess we’ve known and loved for so long. We hope to see more on Tuesday, June 15 at 9 a.m. PT. 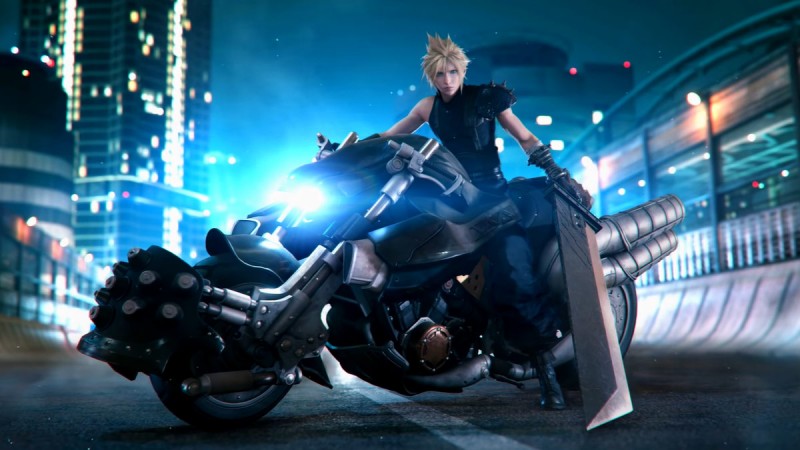 Square Enix is fresh off of releasing Final Fantasy VII Remake Intergrade on PlayStation 5 this week, and we’d love to see what the future holds for Cloud and his materia-equipping crew. We don’t expect to see a release date, but a tease from Testuya Nomura for the much anticipated sequel would be a big E3 hype moment. Please show us a bit of the world outside of Midgar and that big ol’ snake! Square Enix is holding its E3 2021 Showcase on Sunday, June 13 at 12:15 p.m. PT. 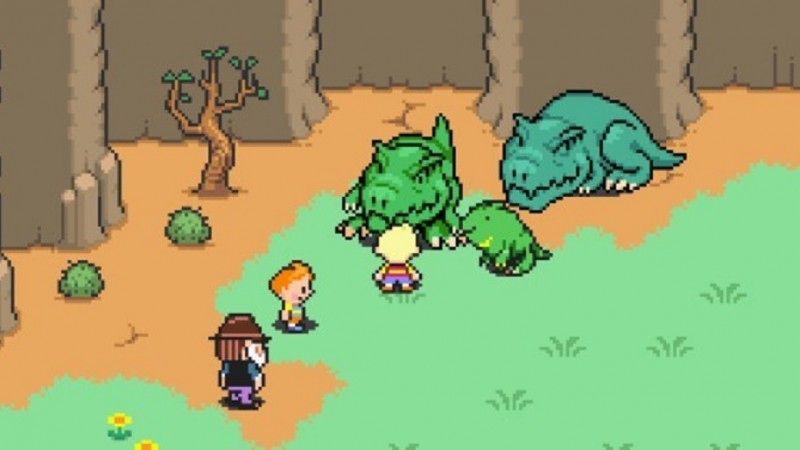 If We Ask Very Nicely, May We Have Mother 3?

Mother 3 was released 15 years ago in Japan, and never saw the light of day overseas. It’s time. This is the year. Nintendo announcing Mother 3 in any form on Switch would be a historic moment for this year’s E3. The odds aren’t in our favor for this one given the track record of it not happening yet, but we’ll keep believing.

This is a bit of an odd prediction. We know Project Triangle Strategy is a new game from Square Enix, and the newest in their line of HD-2D games that started with Octopath Traveller. The art style is an awesome way of translating SNES and PlayStation visuals to work in a 3D world. From this visual design, Project Triangle Strategy looks like it could be a sequel to Final Fantasy Tactics. And it should be. Our prediction for this is for Square Enix to ditch the complicated code name and bestow upon it the Final Fantasy Tactics name. PTS’s political nature and familiar grid-based gameplay would fit well as a Tactics game, and probably bring more eyes onto the game by name recognition alone.

Intelligent Systems has a hot hand right now, coming off of the releases of Fire Emblem: Three Houses and Paper Mario: The Origami King. While this team has been pumping out Fire Emblem games consistently, it might be time to visit another tactical franchise that’s been dormant since the Nintendo DS days. There haven’t been any rumors pointing to Intelligent Systems working on anything in particular, but a return to the Advance Wars universe and implementing what they have learned with Fire Emblem in recent years would be an interesting turn for the developer to take. The personalities of the different COs were a big part of Advance Wars, and building that out and adding more complex interpersonal character dynamics and relationships would breathe new life into a beloved franchise. If this were to happen, it would be at Nintendo’s Direct on Tuesday.

This prediction is a little bit of a softball, but something we hope Capcom has been planning to implement. Since the day Resident Evil Village was announced, we’ve wondered whether it would have Resident Evil VII’s game-changing VR implementation. Many swore it was the way to experience RE7. With Village being a direct sequel and currently without the popular VR mode, we’re guessing the situation is more of a when than an if. Does that mean Capcom is waiting for new VR hardware like the PSVR successor Sony announced earlier in the year? It would make sense considering the previous PlayStation partnerships. Capcom announced it will have news of some kind for Resident Evil Village during its E3 2021 Showcase on Monday, June 14 at 2:30 p.m. PT.

As a companion to this list, some of the Game Informer staff recorded a special edition of The Game Informer Show to go over the personal predictions for this year’s E3 and Summer Game Fest. A lot of the list above and much more is discussed by Alex Stadnik, Liana Ruppert, Marcus Stewart, and new associate editor John Carson.

Don’t forget that Game Informer is now streaming exclusively to Twitch! You can watch us stream live reactions to various E3 and Summer Game Fest shows over the course of the next couple weeks. Follow us on Twitch and check out our E3 hub to make sure you don’t miss a moment!