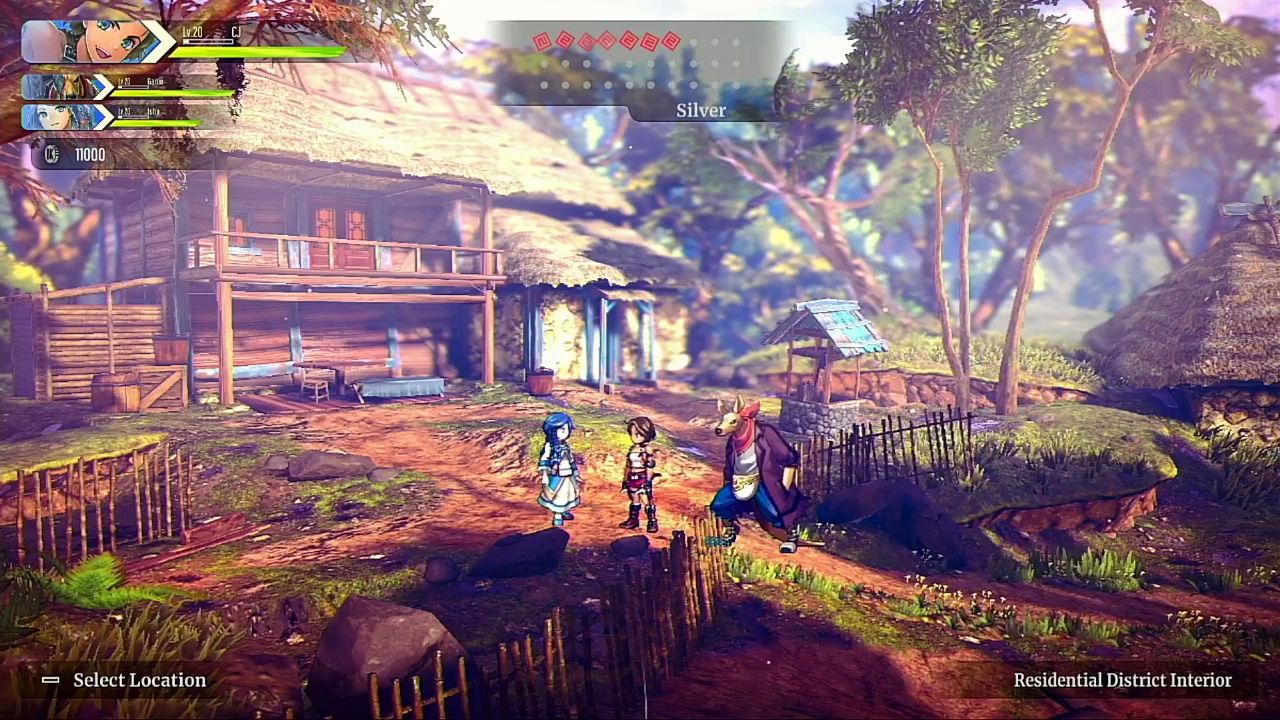 The creators of Suikoden prepare for the much anticipated Eiyuden Chronicle: Hundred Heroes with an entirely separate prologue game.

Before you get excited, this is probably not the game you’re thinking of. A few years ago, a bunch of ex-Konami developers announced a Kickstarter to create a spiritual sequel to the classic PS1 game Suikoden 2. That’s Eiyuden Chronicle: Hundred Heroes though, whereas this is a much smaller scale prologue called Eiyuden Chronicle: Rising, by Harvest Moon publisher Natsume. It doesn’t have anything to do with Suikoden and is intended merely to introduce the world from Hundred Heroes.

That’s absolutely fine in concept, and the game is certainly priced appropriately, but the obvious danger is that if Rising disappoints then it’s likely to put people off Hundred Heroes – even if the idea of a new Suikoden by the original team initially sounded appealing.

Rising is still a role-playing game but it’s a much simpler action-based title that’s vaguely reminiscent of Vanillaware titles like Muramasa, except without the amazing graphics. Despite being intended as an introduction to the world of Eiyuden there’s not really much going on, in terms of plot or characterisation, that needs all that much explaining and yet the game still has a frivolous charm all of its own.

The world of Eiyuden Chronicle is not one that veers too far from tradition when it comes to Japanese role-players. There’s a lot more anthropomorphic animals than usual, mixed in with all the humans, but otherwise you’re playing a plucky nobody who ends up saving… not the world but a town built next to the remains of an ancient civilisation.

These ruins have brought treasure hunters from near and far, including lead character CJ, who is soon drawn into the mystery of where all the monsters have suddenly come from and the supposed urban legends surrounding the dig site.

For much of the game though she and her two quickly accumulated friends have much more prosaic concerns, as they run around town doing errands for villagers in order to earn the right to visit the ruins and do some actual treasure hunt. At the beginning of the game the town is hit by an earthquake and so many of the initial requests involve visiting nearby, monster-infested areas and collecting the raw materials needed to rebuild.

Everything in Rising is played on a strict 2D plane, both when you’re in town and when you’re out fighting monsters. Combat isn’t any more complicated than jabbing the attack button but there is some light platforming and the option to switch between the other characters and make use of their unique abilities.

One specialises in light attacks, one in heavy attacks, and the other in magic, so they’re just breaking down a normal role-playing character into three separate parts, but the conceit works well enough and when you eventually unlock link attacks it’s fun to have them all acting together as one – as you queue up attacks from each character by using their specific controller button.

You also unlock new abilities as you progress, which opens up the exploration (as you learn to double jump and air dash, for example) and the combat a little more. In general, though, the game remains very simple and very easy. It’s also extremely repetitive, since you’re always going back to the same few areas, although the game tries to mix this up by adding the ability to trap monsters and go fishing.

As an action game, Rising is far too simplistic to hold your complete attention, especially as it squanders some of its best moments, such as some relatively inventive boss battles, by everything being just too easy.

The very end of the game, which lasts around 12 hours, hints at what will likely be the plot of Hundred Heroes but the rest is far less earthshattering, as you help to not only rebuild the town physically but mediate relations between villagers and visiting ‘outlanders’, as well as individuals with personal problems ranging from marital strife to lost pets.

The script has obviously been translated by someone British and there are occasional sparks of personality that penetrate through the otherwise workmanlike dialogue. Things might have been improved further by voice acting but while we’re not sure if there’s going to be any in Hundred Heroes there certainly isn’t here.

What there is instead is a purposefully simplistic action role-player that doesn’t seem necessary as a prologue but is still interesting in its own right. The graphics are fine, if rather low-tech – especially in terms of the 2D character sprites, but that only makes it easier to imagine this as a remake of some lost SNES game.

In terms of gameplay, there’s nothing that couldn’t have been done during the 16-bit era and that alone will make it of interest to genre fans. It’s in that context, rather than as a prologue to an unreleased game, that it holds the most appeal and while it doesn’t necessarily imply much about the eventual quality of Hundred Heroes it does at least confirm that the creators still know how to nurture a charming old school role-player.

In Short: It feels more like a long lost SNES game than a modern action role-player but that’s clearly the point in this charming, if insubstantial, prelude to Eiyuden Chronicle: Hundred Heroes.

Pros: The game’s gentle, uncomplicated charms certainly have their appeal in this age of endless epics and live service games. Decent graphics and occasionally amusing script.

Cons: Very simple gameplay in all respects, with the combat being far too easy. The game world and characters aren’t very distinctive and the whole experience is very lightweight.