Electronic Arts is launching a new EA Desktop app, a beta version of its revamped Origin online gaming service that EA calls a next-generation PC gaming platform. But it’s one more app among many in the subscription-loving video game business today.

EA says the service will have faster downloads and updates, simpler access to games, and the ability to connect with friends across platforms. Gamers will use the EA Desktop app to access subscriptions such as the newly renamed EA Play ($5 a month) and EA Play Pro ($15 a month).

It’s another example of how EA is getting rid of some older brands like Origin and rallying around its own abbreviated name and the gamer-focused EA Play brand. On August 14, EA said it would rebrand its EA Access and Origin Access subscription game services under the EA Play brand name. That happened the same week that Amazon rebranded its Twitch Prime membership service as Prime Gaming, with the goal of reaching a broader audience.

“The EA Desktop app is being designed to deliver a frictionless and socially connected experience that is faster for players to get into their games,” EA senior vice president Michael Blank said in an interview with GamesBeat. “We have revealed some of this, but we haven’t revealed all of it.”

The new app promises a faster experience, fewer clicks to jump back into your favorite games, and Playtime Controls to help you keep tabs on how much time you and your family spend playing. You should find it easier to find and install new games or just play via your EA Play membership, Blank said. 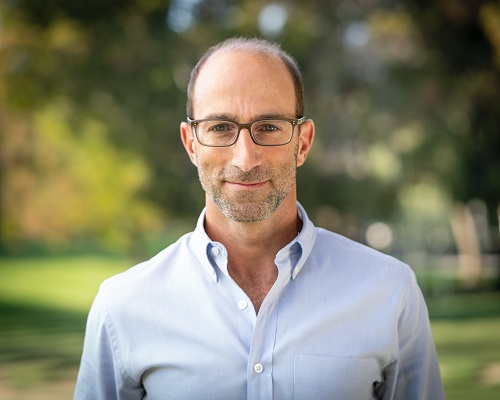 Above: Michael Blank is senior vice president of strategic growth at EA.

EA is also rolling out new benefits for EA Play and EA Play Pro subscription members. Anyone can register for the beta, and EA is sending out download invitations on a first-come, first-served basis. If you’re an Origin player, your games, progress, and friends will carry over. You’ll keep full access to all of your Origin content.

Blank leads a team at EA dubbed EAX, which builds products that connect players together and connects them with their games. It’s a team in charge of things like making all of EA’s games playable wherever players want to play them and ensuring that the games can work with cross-play, cross-progression, and cross-generation in an era where games like Fortnite drove such changes. In the long term, EA wants its games to be platform agnostic.

“This move aligns to the strategy, which is to help players play our games more effectively,” Blank said. “And the things that you’re seeing in market, such as our EA Play gaming subscriptions, are designed to help break down barriers to play. You’ll start seeing more and more of our games be cross-play enabled, not just games that are in the portfolio that are moving towards cross-play, but games that are coming that will be cross-play by default.”

Epic Games is one step ahead in cross-play with its Fortnite game, which allows people to play with each other across PC, console, and mobile devices (except iOS because of a lawsuit between Epic and Apple).

“We had these different names. The reality is that they all align to the same objective, which is to help our players play,” Blank said. “So bringing the brand together under one branded experience being EA Play just made sense.”

EA Play Pro is the top tier, where players can play games under a subscription on the same day that those games launch. EA Play, meanwhile, gives access to older games. 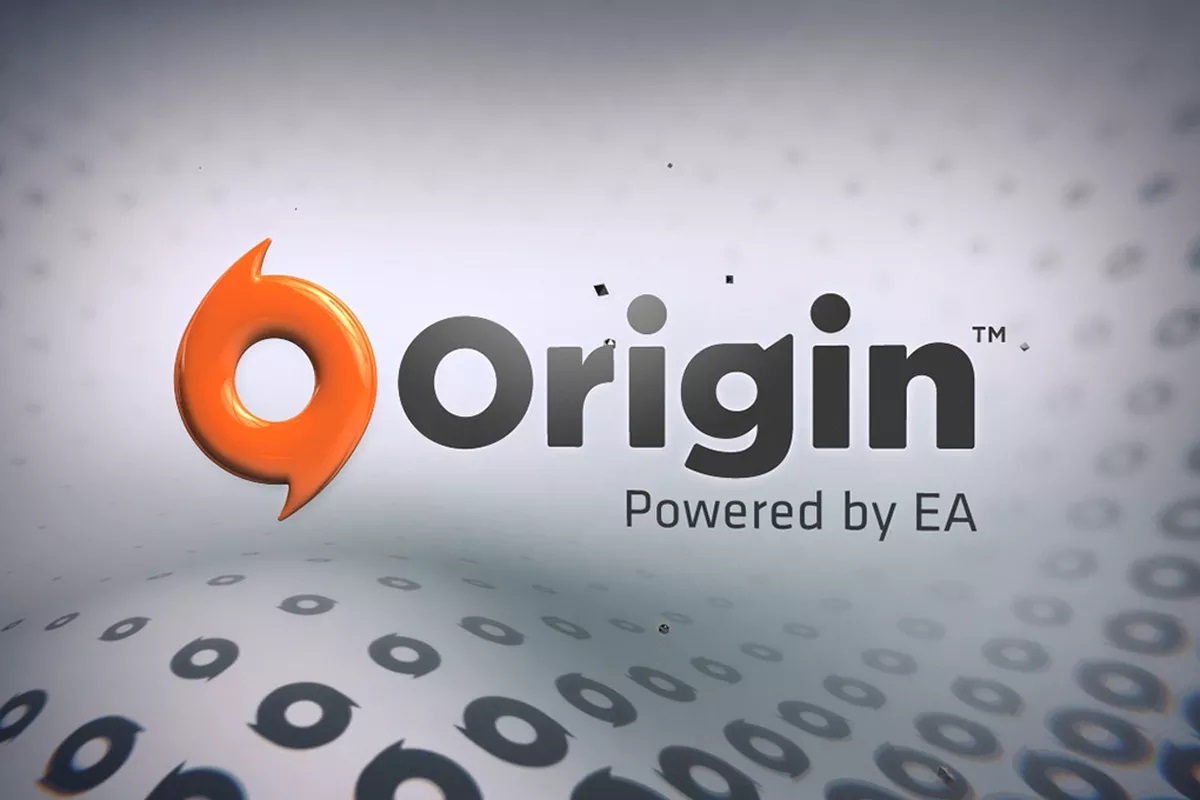 Above: The Origin name is going away, becoming the EA Desktop app.

If you’re wondering what the big rage is about game subscriptions, everybody wants to create the “Netflix of gaming.” It helps with the discovery of new games, as players will try out more games when the cost of doing so drops to zero.

“What subscriptions offer is an ability for people to try games that they may not have ever tried,” Blank said. “In many cases, it reduces the barrier for them to play a game that they might want to play on an ongoing basis for which they might have to pay on a yearly basis at a much higher price point. So they may buy a game one year, but then not buy the new version of that game the next year because it is expensive to keep buying games. We value providing great experiences to players. We value their engagement time, and the more opportunities we can offer them to play the game, it’s a mutually beneficial relationship between them and us.”

Subscriptions can also “energize players” by giving them access to a title ahead of the time when others can access it, Blank said.

The Origin name has been around a long time, ever since EA bought Richard Garriott’s Ultima studio in 1992. EA shut that studio down in 2004. But it launched its Origin online gaming service in 2011 as its own platform in the digital game distribution business. It was EA’s rival to the Steam service operated by Valve.

“It was less about the Origin name and more about how we are on a journey to offer players choice in how they choose to play,” Blank said. “Perpetuating a variety of different brands” doesn’t serve EA or its players as well anymore, he said. 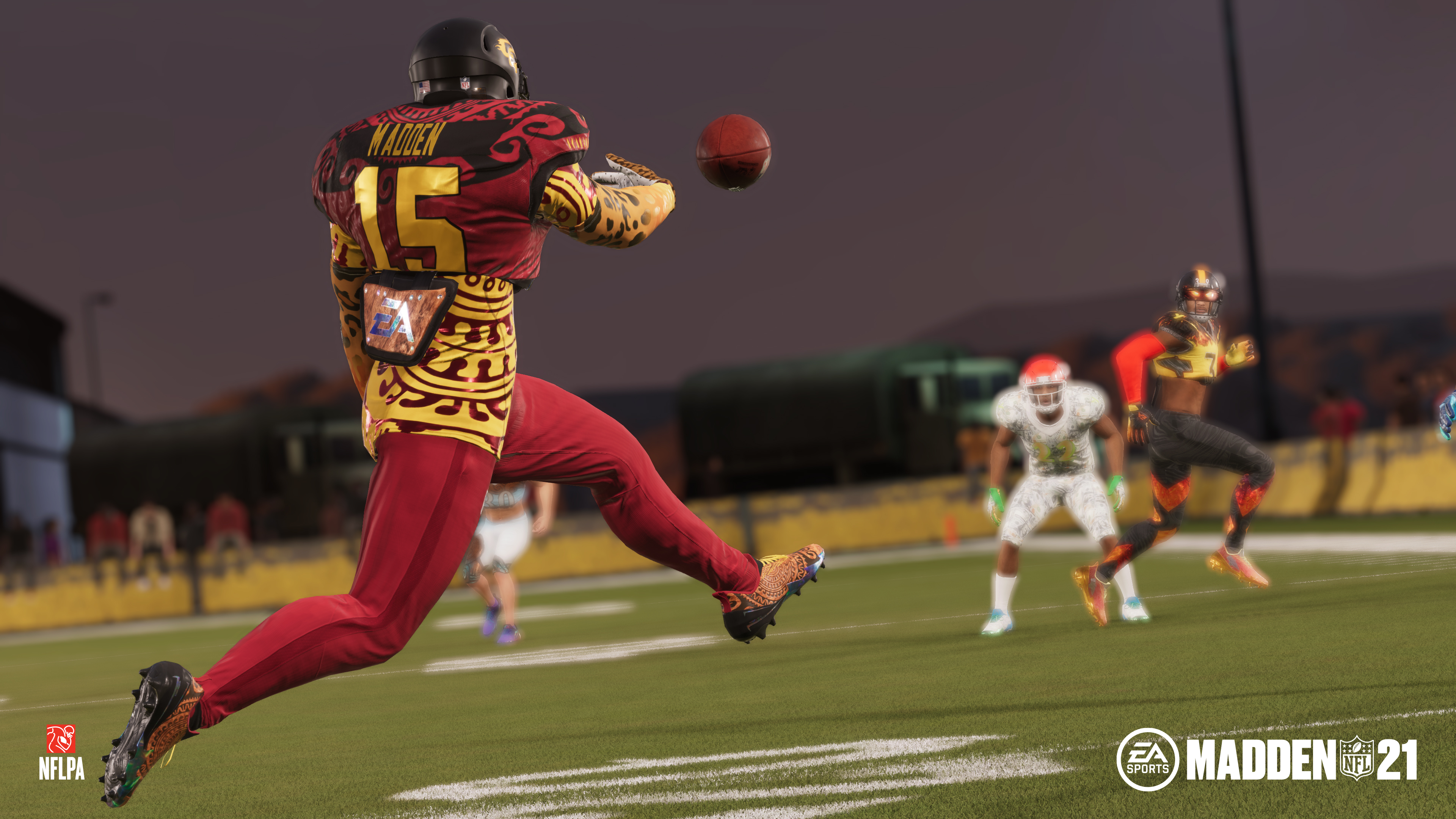 Above: Can you afford to buy Madden every single year?

EA is trying to make as many connection points across its games as possible, even if it can’t make cross-play, cross-progression, and cross-generation play possible on every game.

“If you’re delivering a similar game experience across multiple different devices, it’s important to be able to let those players play together,” Blank said. “We know that players are switching between different platforms and that there’s a new generation of consoles coming out. The Switch has emerged as a leading platform, and people might own another console as well.”

In some EA games, players can be on different platforms and still play against each other. Apex Legends players can enjoy cross-play on the PlayStation 4, Xbox One, Nintendo Switch (this fall), and the Windows PC. Cross-progression, where you can switch from one platform to another and access your same game level, isn’t yet supported.

“One of the things we’re doing here is centralizing around a common brand,” Blank said. “The vision is connecting players in an EA ecosystem, whether through EA Play on the EA Desktop app or other ways that we can make it frictionless and convenient.”

EA recently made EA games available on Valve’s Steam service, as well as on the Microsoft Xbox Game Pass service at no extra cost.

Blank said that players are demanding this kind of world, as they have seen with services like Netflix or Spotify, which run on just about any device. They want gaming to work like other entertainment subscriptions.

I asked if we were anywhere near EA being able to write a game once and have it run on any platform.

“We’re not there yet,” Blank said. “If everybody could agree on a technology, that would work. But that’s not the way the world works.”