Left 4 Dead 2 has a lot of weapons. We are talking 20-or-so firearms and a bunch of melee weapons. The sheer variety of killing tools allows you to tackle the undead swarm in fun and interesting ways – but sometimes, you just want to have the best boomstick in your hands. 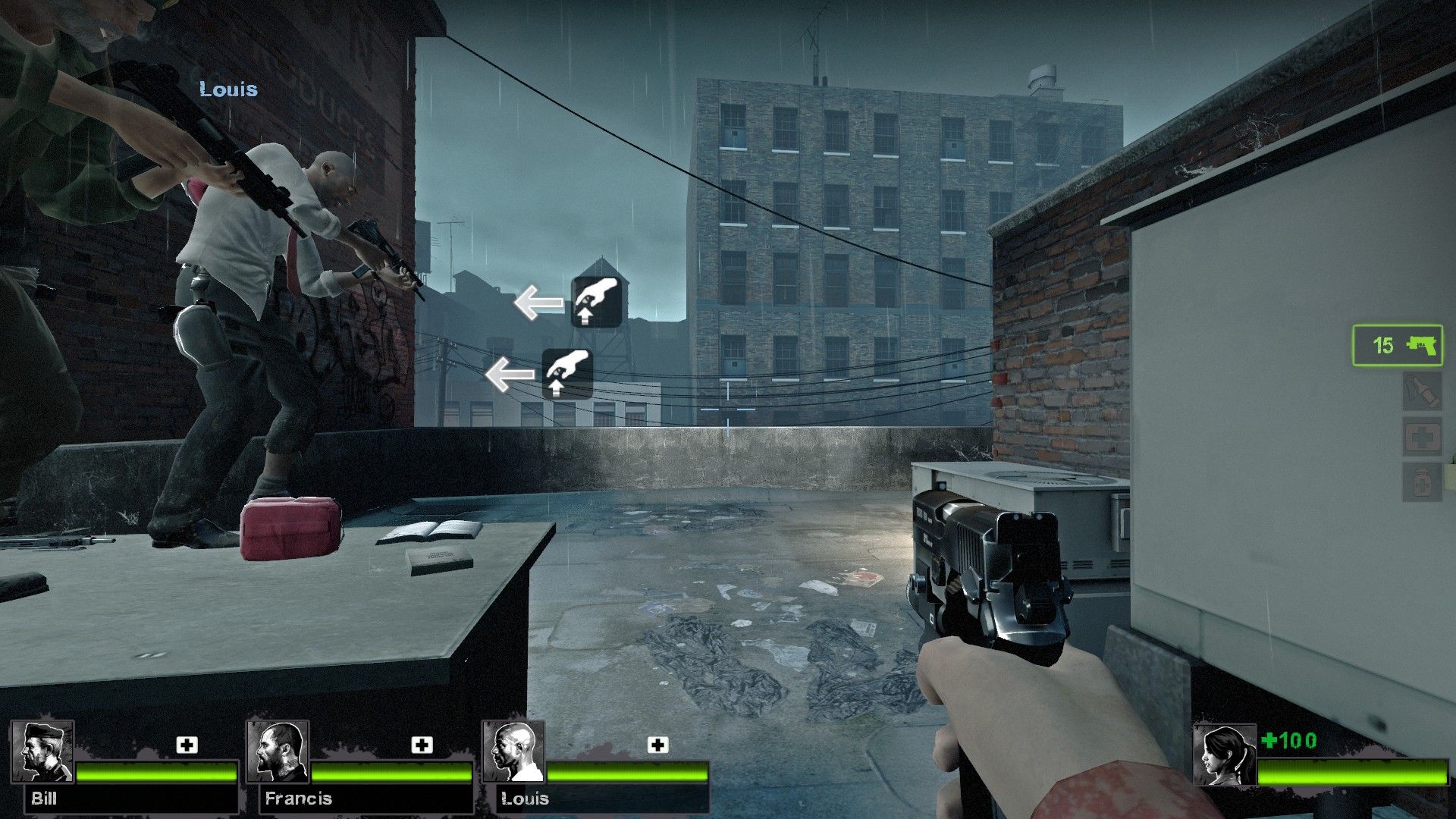 This one might seem obvious, but the starting pistols are not great in Left 4 Dead 2. They are your starting firearm, they don’t do much damage, they have a limited clip size, and they can be replaced with just about everything. Even running two of these things isn’t worth it.

The one advantage the Pistols have over everything else is that they have unlimited ammo. This means they are incredibly reliable. If you are in a bind, then you can always fall back on these things – but you’d be better off dropping them if we are being completely honest. 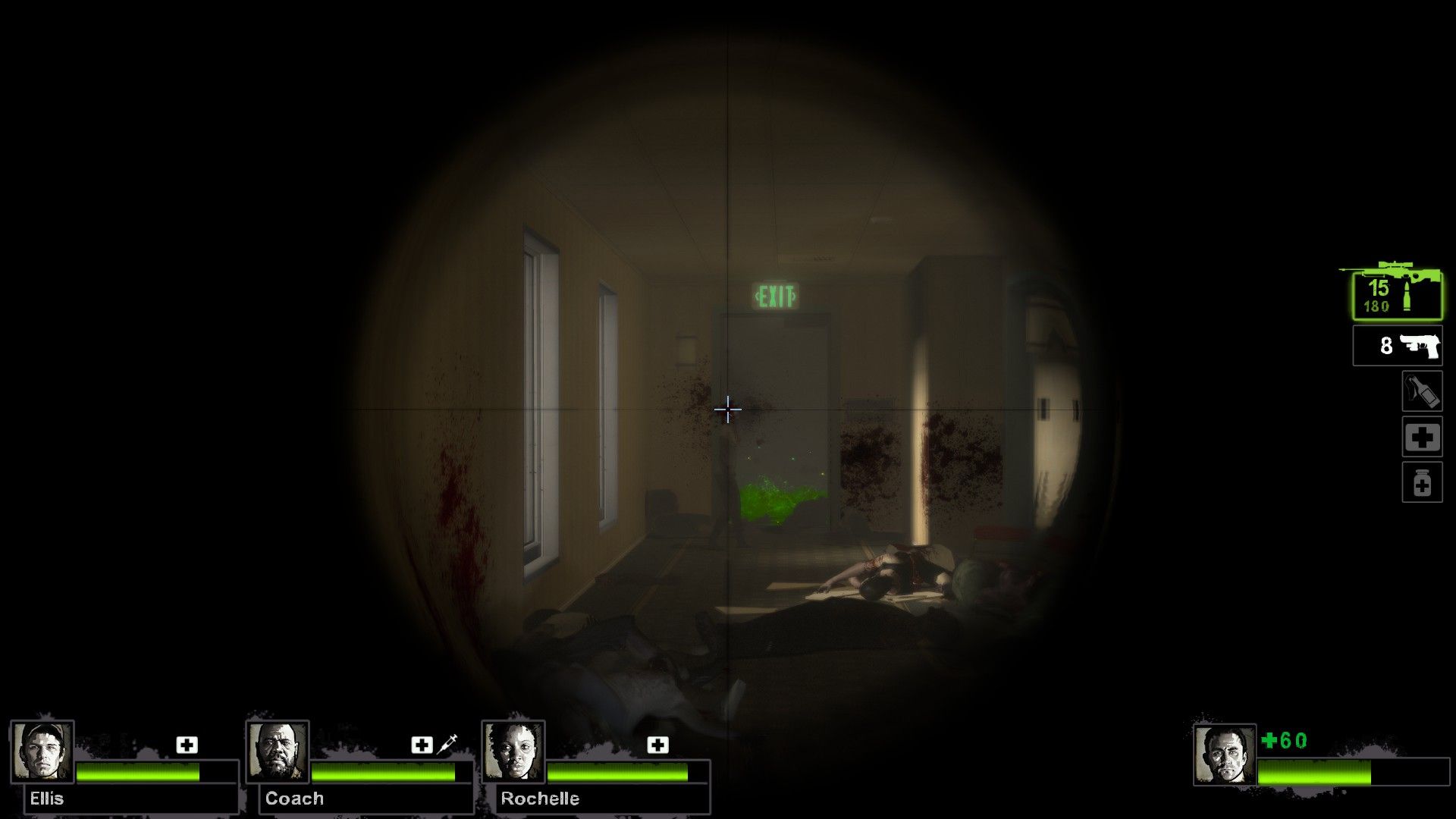 These guns stink. They are terrible and barely have the edge over the basic pistol. Barely. The bolt-action nature of these guns makes them incredibly slow to fire, and this means they are not a good fit for the game. Compared to every other gun in the game, they fall short.

Their only advantage (which is shared with BETTER Sniper Rifles) is that their bullets penetrate. This allows you to kill a bunch of enemies in a single shot, which is nice. Still, we’d rather have any other primary weapon over these two. 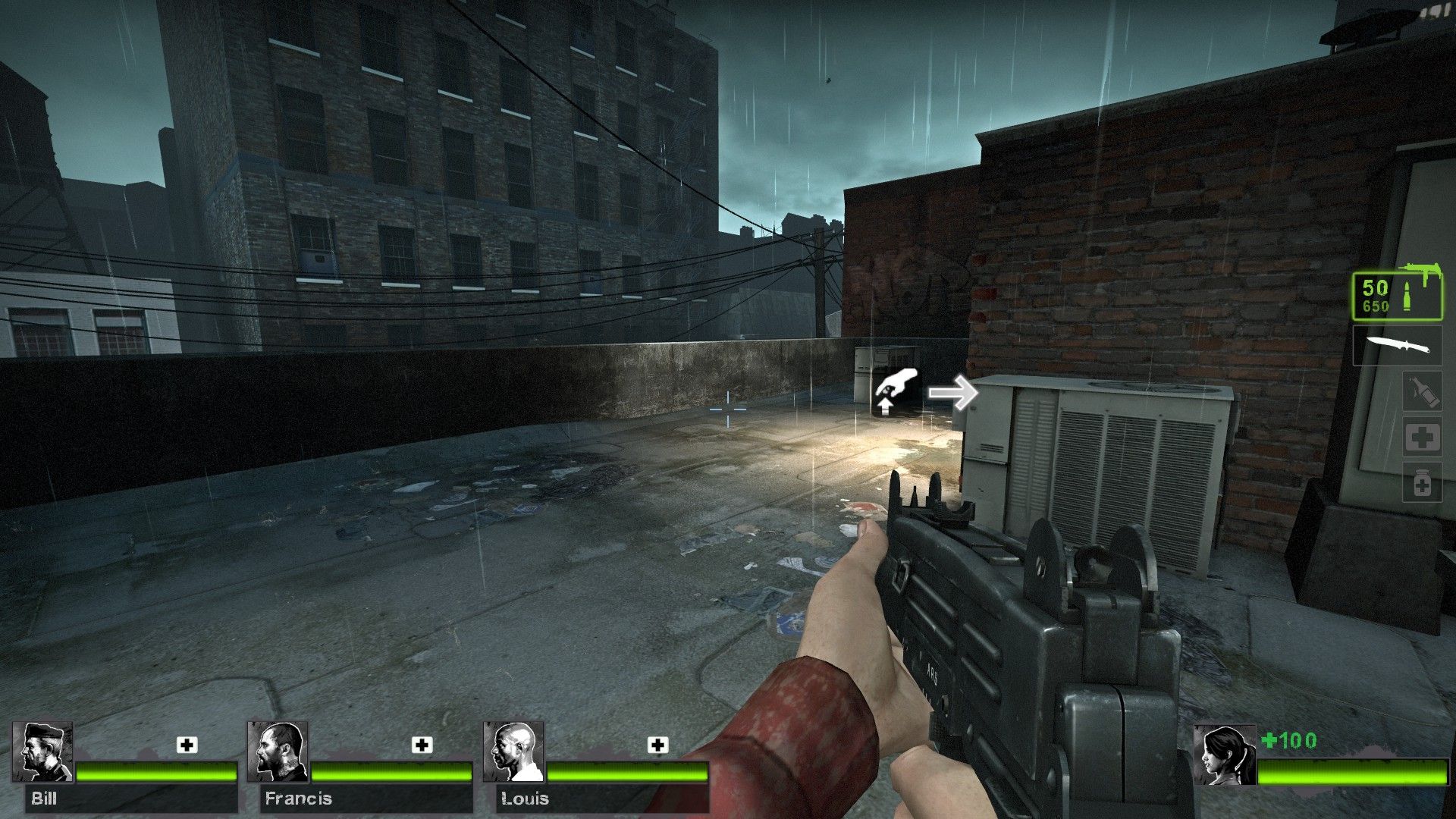 The Uzi is your bog-standard SMG. The Silence SMG is a bog-standard SMG with a few gubbins added for good measure. This extra dash of snazz doesn’t push it up the rankings, however, and they both fall into the same category of – meh.

These aren’t bad weapons – far from it. These are just basic. Too basic to keep a hold of for very long. You will drop these the moment you find just about any other primary weapon. They will get you through the early game, but that’s about it. 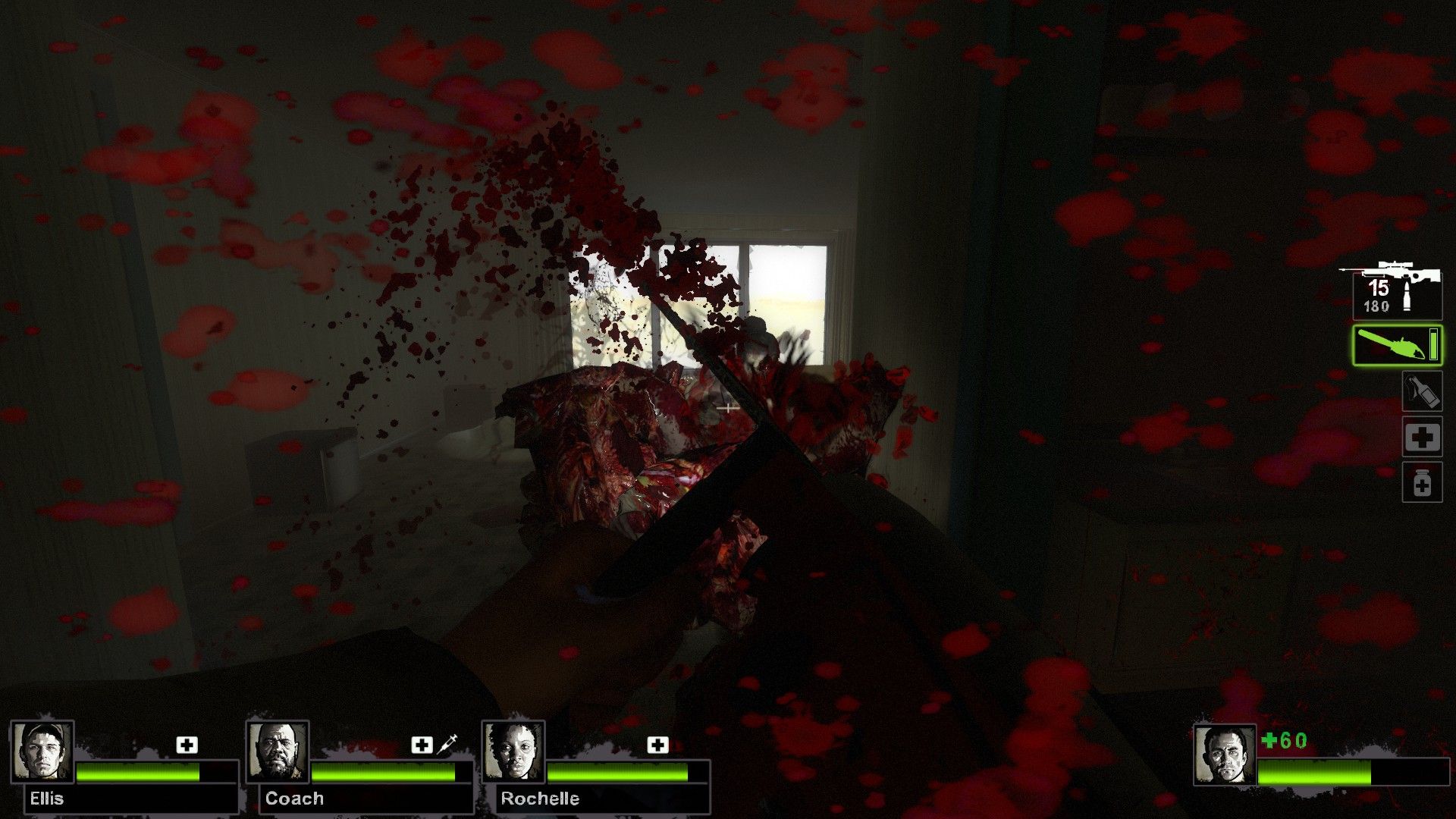 The Chainsaw is an interesting weapon. It is the only melee weapon in the game that has “ammo”. This thing takes up a secondary slot, and it can do work in a pinch. If a crescendo triggers, then having one of these in your pocket can mince zombies for days.

Or it would if it didn’t burn through fuel so fast. You pull this out, you shred, and then you drop it. Once the Chainsaw is empty, you automatically replace it with a pistol, giving you a fallback secondary – just not a very good one. The Chainsaw is good – just not good enough when compared to other secondaries.

12 Melee Weapons – All Of Them 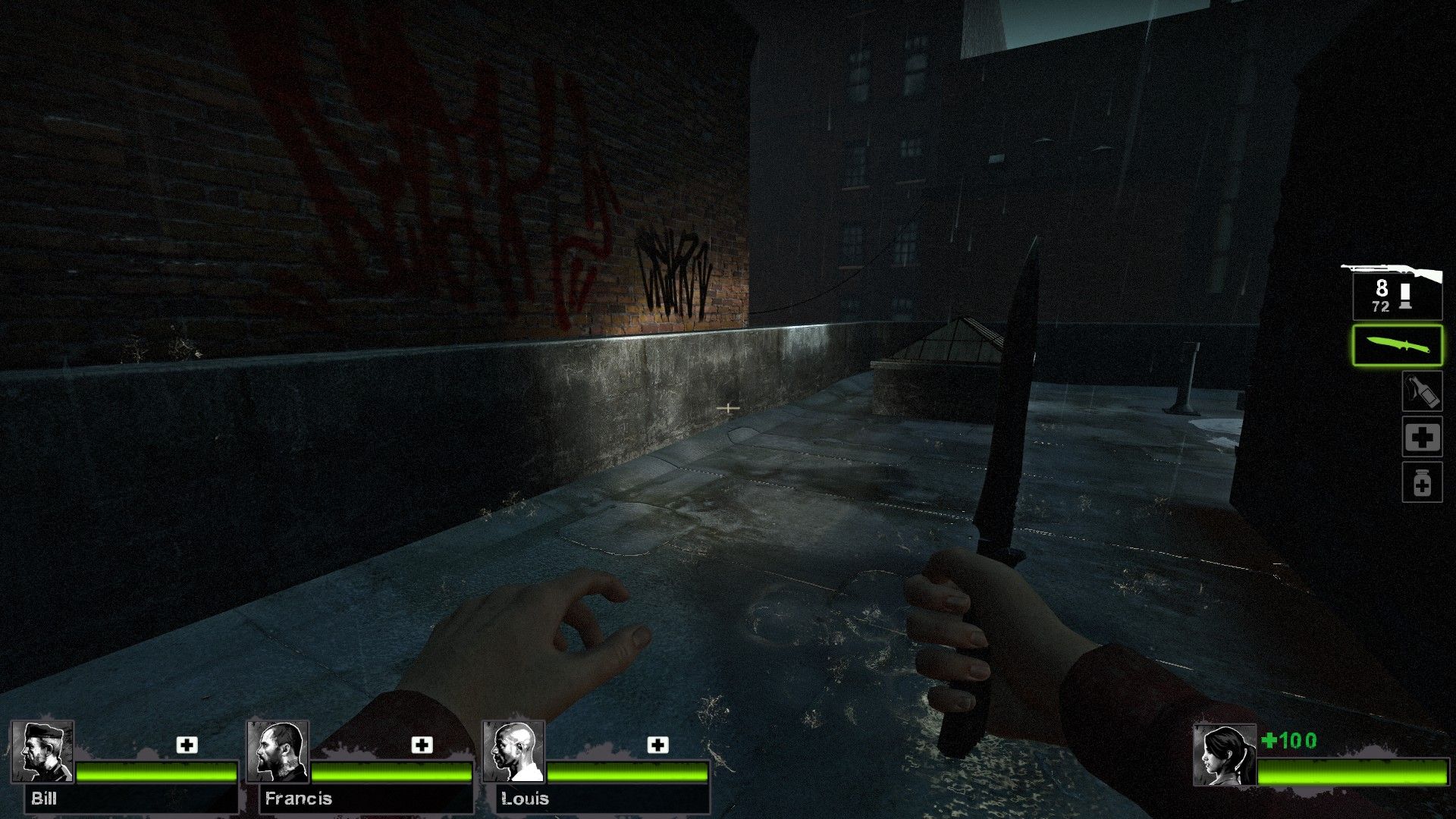 Melee weapons in Left 4 Dead 2 are excellent choices when it comes to killing the undead. They have unlimited ammo, they deal great damage, and they are universally better than the starting pistol. Until you find something with a bit more punch, they are an excellent addition to your loadout.

These weapons have one glaring flaw, and that is their range. Being melee weapons they are worthless when enemies are at a range. This makes them inefficient against most Special Infected, and taking a melee weapon to clap a Tank will quickly end in regret. 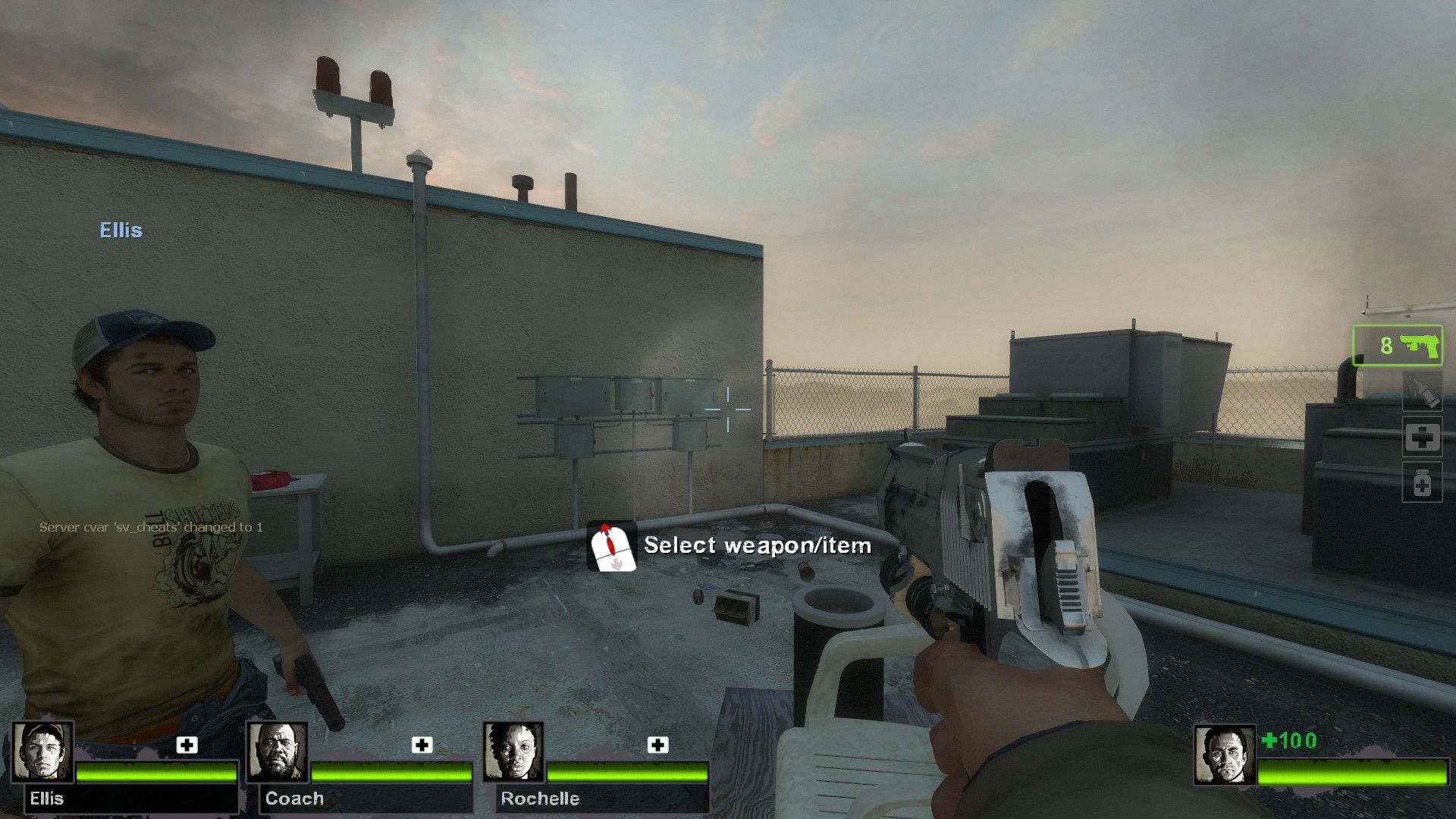 The Magnum is the premiere secondary weapon. This Magnum is a suped-up pistol with enough power to essentially act as a mini-primary. The Magnum is ridiculously good at what it does, and it should be your go-to weapon in that slot.

Nothing compares to it. It has excellent range, great damage, and you can even cancel the reload animation to increase its rate of fire. Heck, it can take out some Special Infected in a single shot. There is nothing to dislike here. 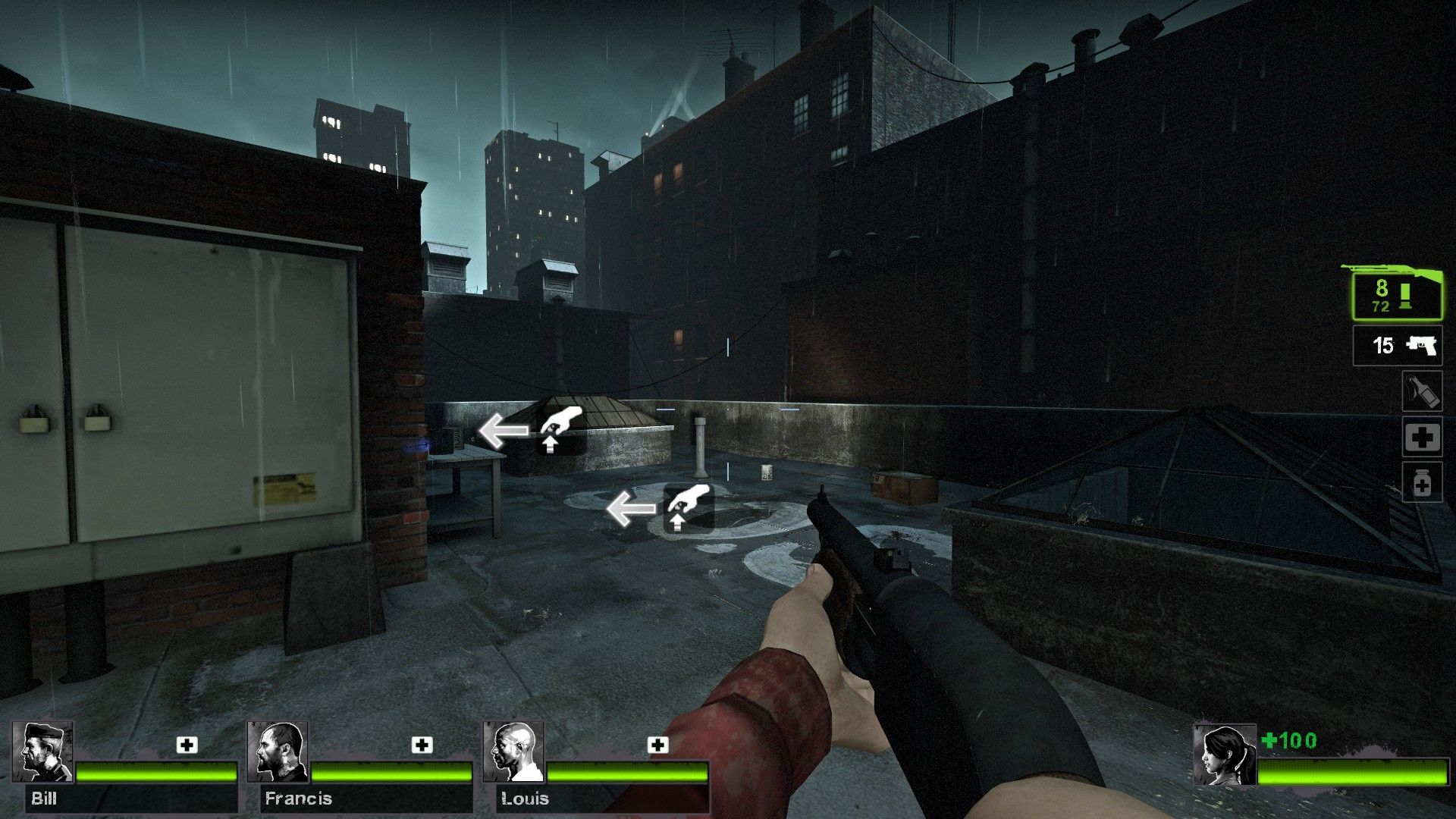 When it comes to your early-campaign workhorse, there is nothing better than the classic Pump Action Shotgun and its more modern counterpart, the Chrome Shotgun. These are more-or-less the same weapon, and they do what they do very well – deal great damage in chunky bursts of buckshot.

These are your go-to weapons when you start the game, and they both make the Uzi look a bit piddly. Sure, you need to get a bit closer to use them, but the damage trade-off is more than worth it. Wonderful weapons that can carry you decently far before you need to replace them. 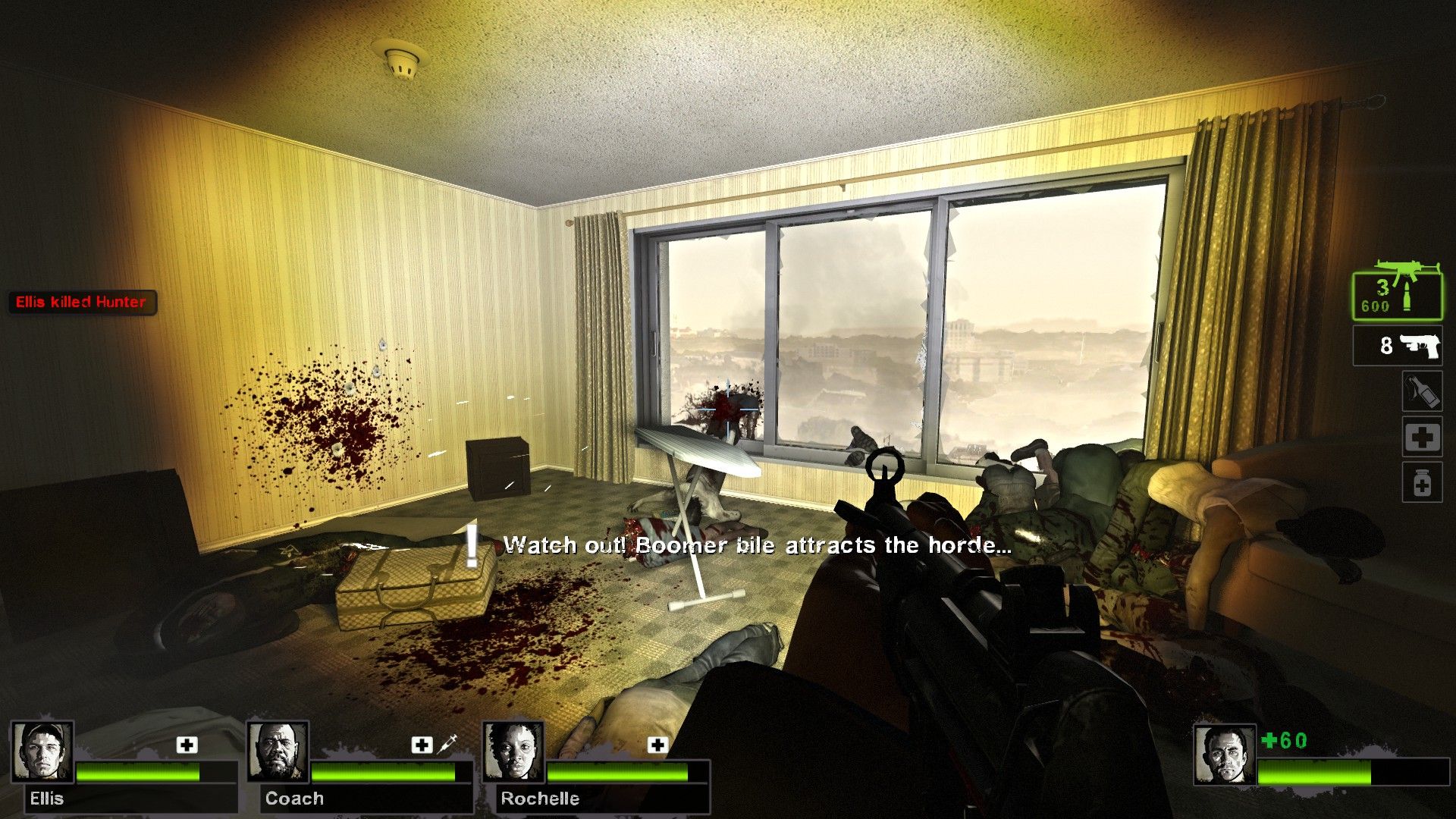 The MP5 is a fairly new weapon in the grand scheme of things, but it comfortably steals the spot of “best SMG in the game”. The MP5 has excellent all-around stats, and it can easily carry you through the early and mid-game. If you can upgrade one to have a laser sight, then you are in business.

The only downside to the MP5 is that it’s pretty hard to find. Weapon drops in Left 4 Dead 2 are random, and for whatever reason, the MP5 seems to get the short end of the stick on the RNG table. It’s also outclassed by larger rifles, making it an excellent weapon in a sea of better weapons. 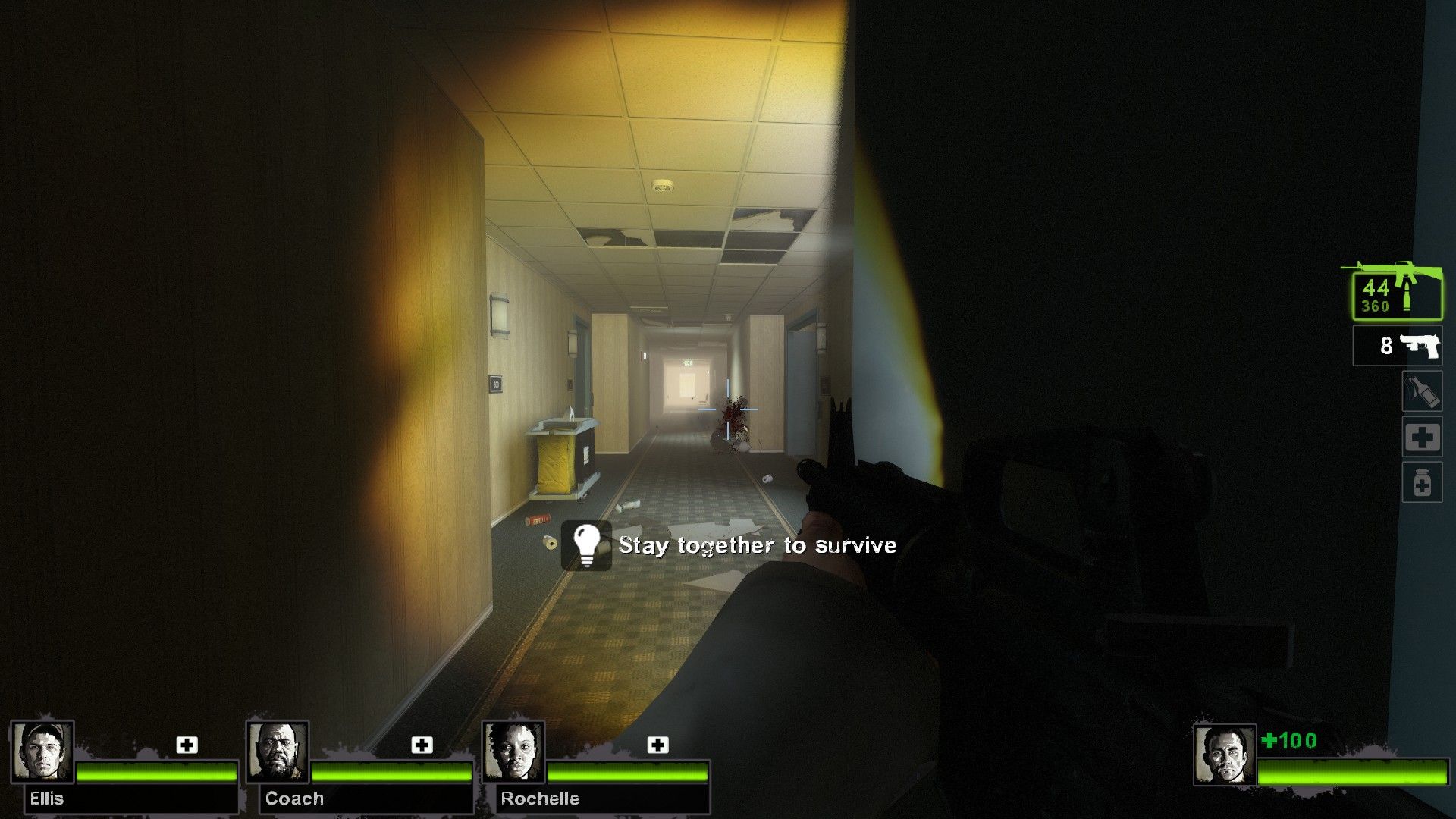 The M16 is the classic assault rifle found in the original Left 4 Dead. In Left 4 Dead 2, it is still an absolute monster, dwarfing every weapon on this list up until this point. The M16 has a massive clip, great rate of fire, excellent accuracy and damage to die for.

This is your entry-level assault rifle, and it does work. You can go through the finale with this beast and not feel underpowered. There are better weapons, but the M16 is the first weapon that can still hold its own. It’s the first entry into the upper echelons of firearms. 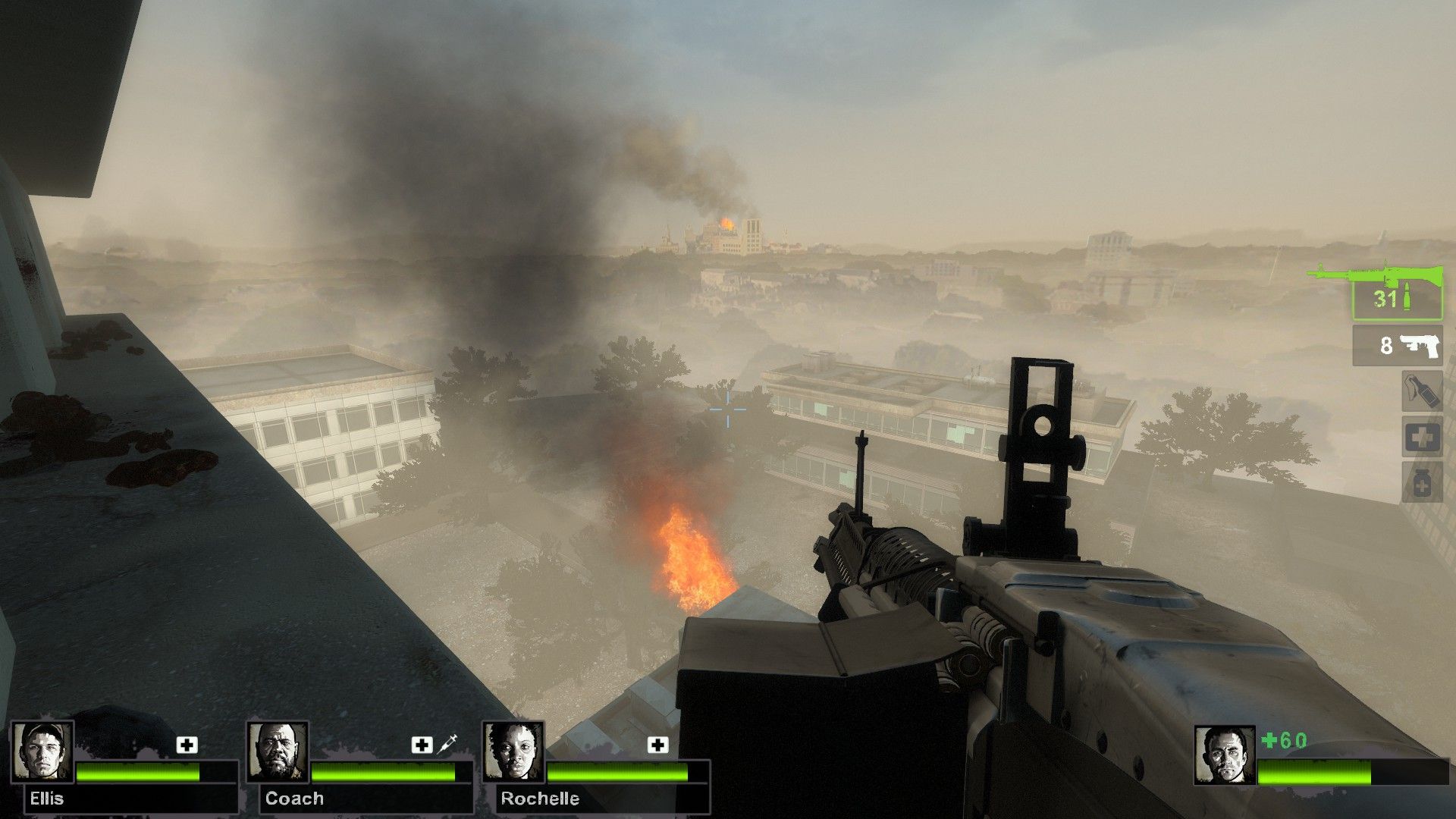 The M60 is stupidly good. Its damage is monstrous, its rate of fire is out of this world, and it can shred everything from standard enemies to Tanks in seconds. If you want things to die, you go for the M60. But why isn’t it higher on this list?

Unfortunately, the M60 has a few downsides. Firstly, like the Chainsaw, it has limited ammo. Once it’s empty, the gun is discarded. Unlike the chainsaw, it is not automatically replaced. If you burn through your mag in a bad stop, you can find yourself in quite the bind. Finally, its accuracy leaves a lot to be desired – although this can be fixed with a cheeky laser sight. 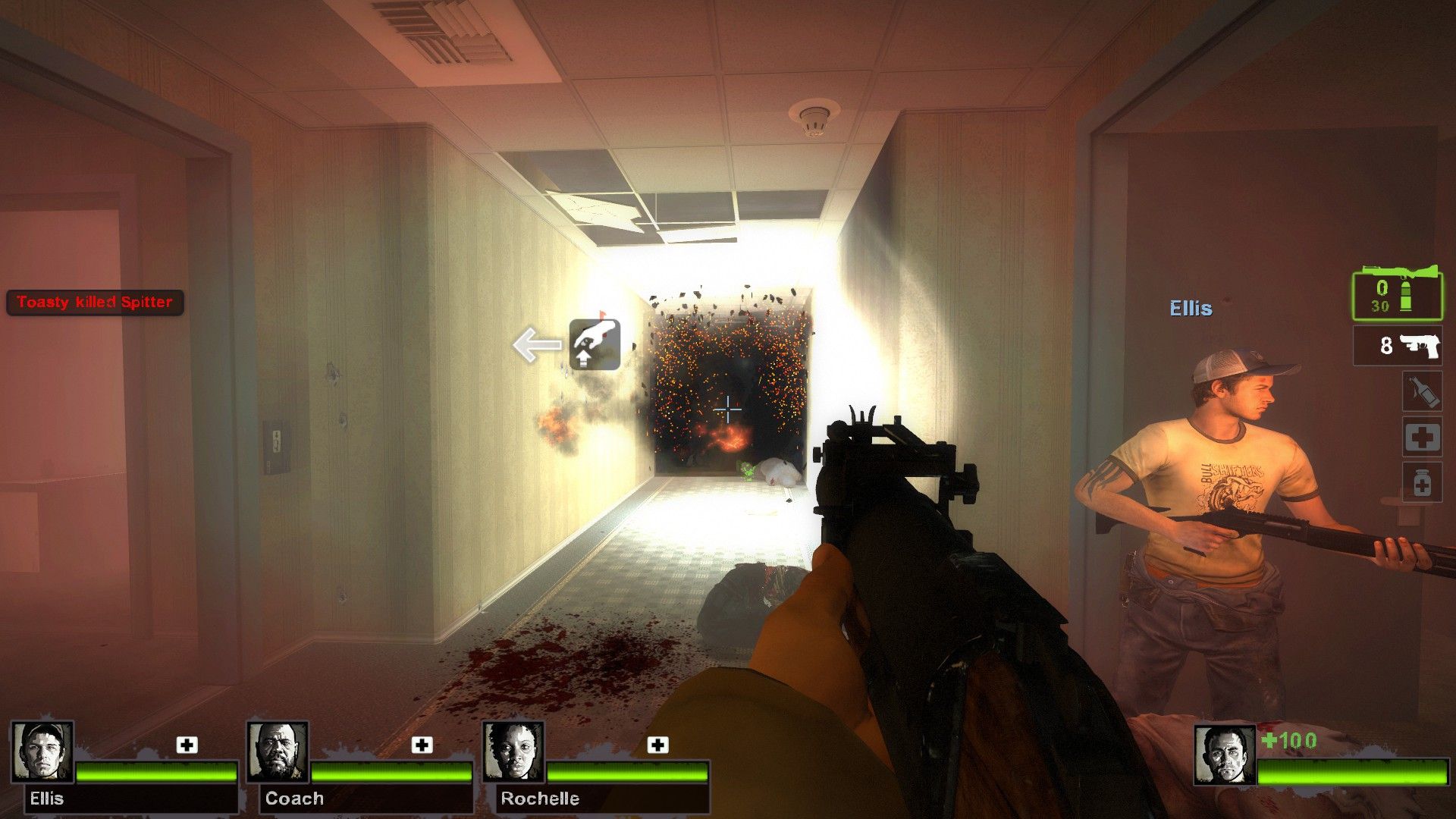 The Grenade Launcher is the strongest weapon in the entire game, but that isn’t enough to take to number one. Firing a grenade is the equivalent of firing about 4 sniper rounds to the head, but it has one huge downside that makes it difficult to call an “auto-include”.

The Grenade Launcher can deal a massive amount of friendly fire, and it can absolutely kill you or your teammates if you fire it at the wrong time. This is especially devastating on harder difficulties. However, if you can master the Grenade Launcher, then it becomes unstoppably good at clearing hordes and killing bosses. 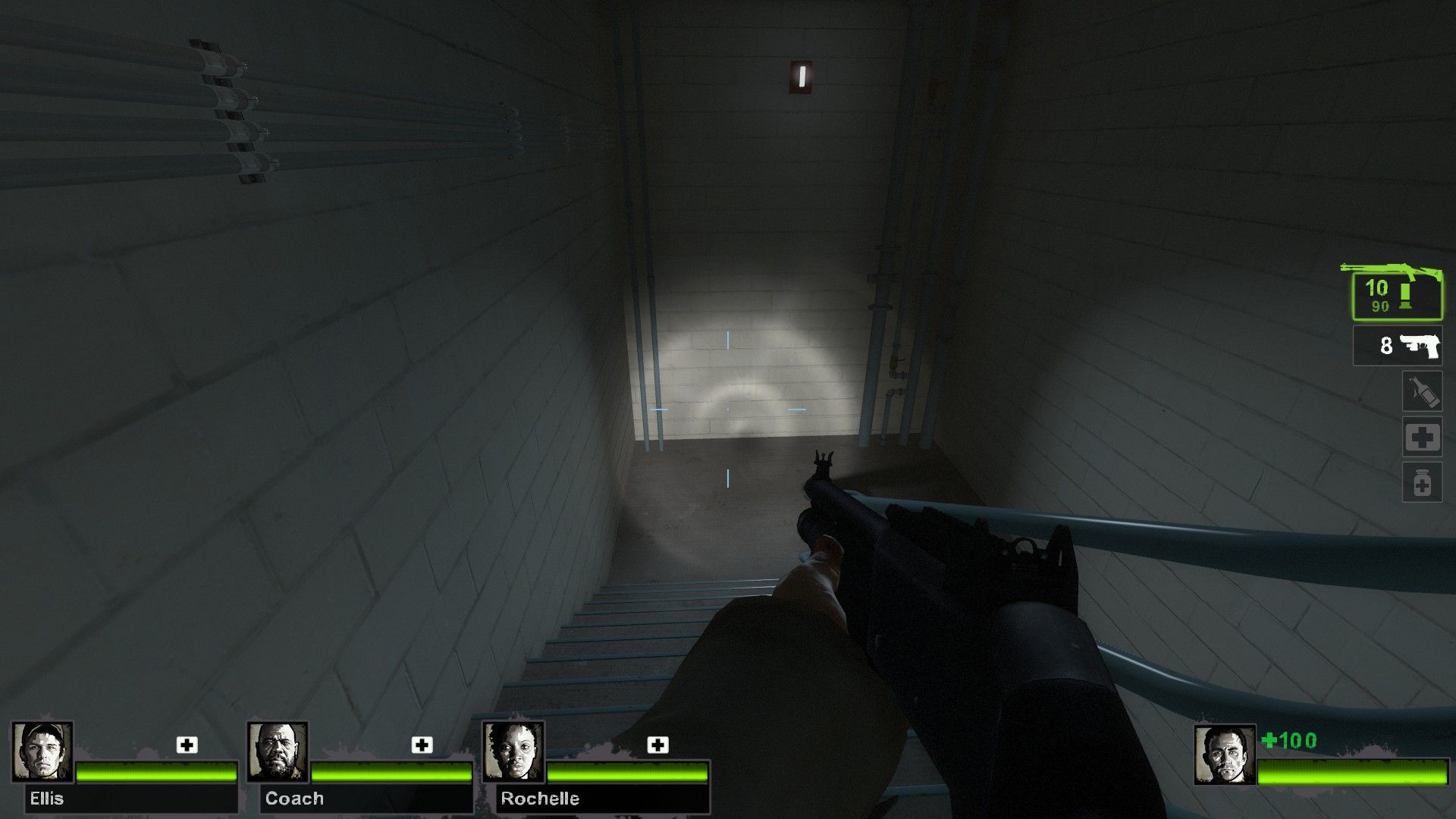 Similar to the Pump and the Chrome, the SPAS and Auto are basically the same guns. Sure, there are some minor differences in terms of stats, but they operate in the same space and are close enough in potency that it doesn’t really matter which you pick.

These Shotguns are your go-to boomsticks. If you want to use Shotguns in Left 4 Dead 2, then this list ends here. These are the best in the game, and they will carry you to victory one buckshot at a time. Fast, damaging, and amazing. Everything you’d want in a shotgun. 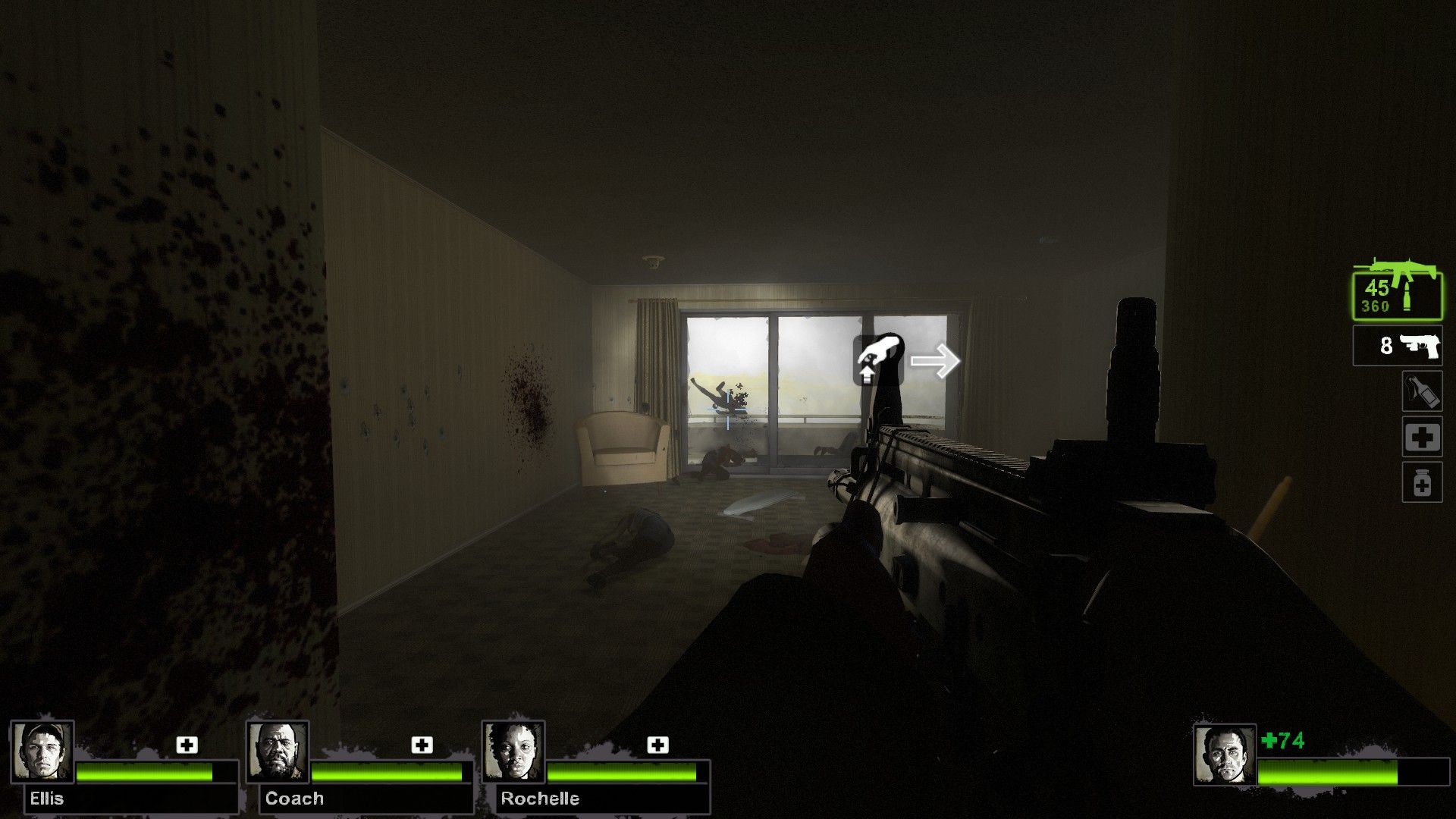 The SCAR is an excellent assault rifle that specialises in highly accurate bursts of fire. So much so, that it only fires in bursts. This makes the SCAR completely unique, and no other weapon fills in its niche.

The SCAR is painfully accurate, has great damage, and outclasses its direct competitor, the M16, in just about every way. If you want something with a bit more fire rate, then this might not be for you, however. 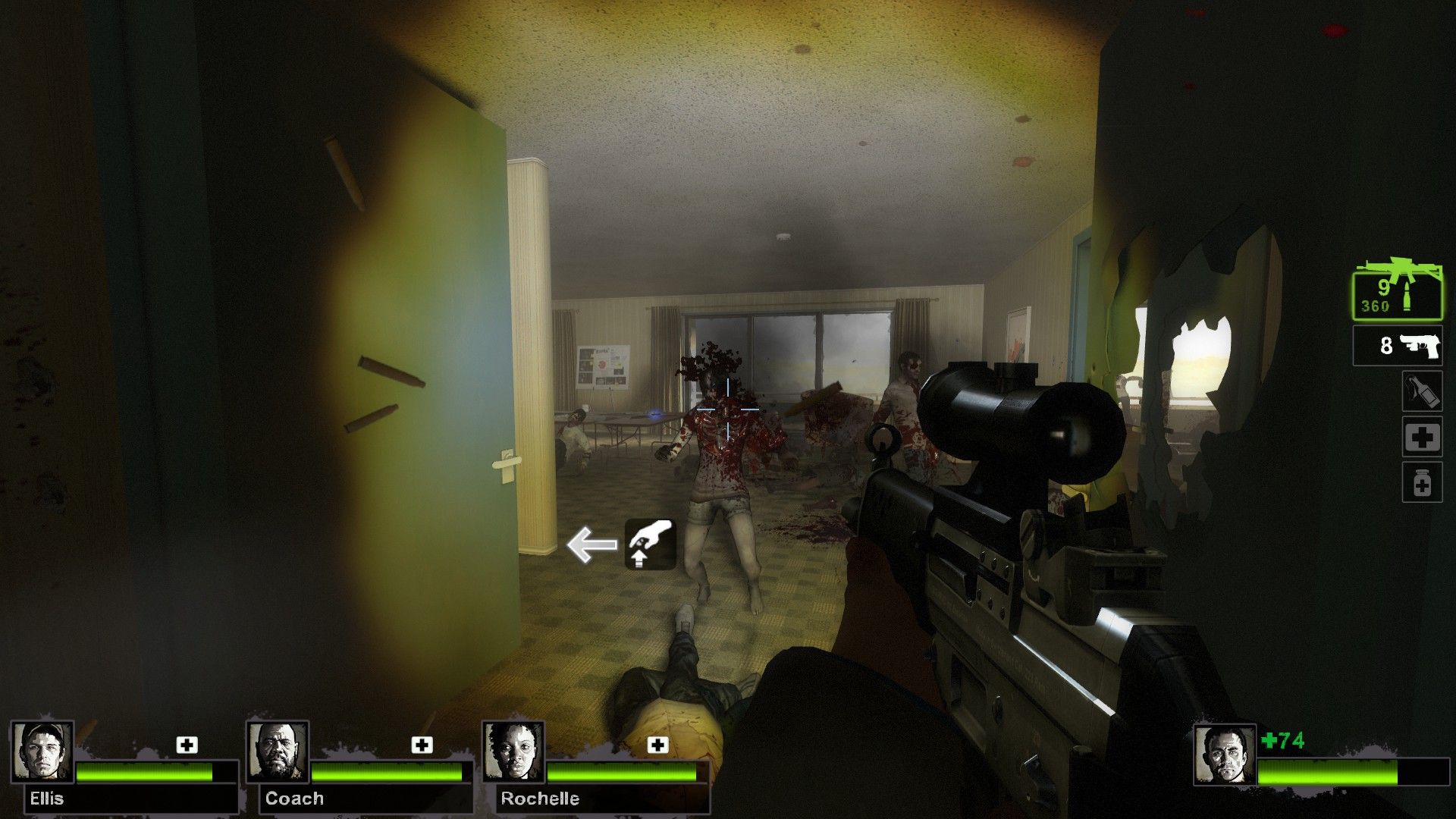 If the SCAR didn’t cut it, then this thing will. The SG522 is an assault rifle that combines too many things into one hilarious package. Imagine an SMG, assault rifle, sniper rifle hybrid, and you get the picture.

The SG522 has the damage of a rifle, a potent scope, and the fire rate of an SMG. It even has a clip with enough rounds to allow for sustained fire. The SG522 can operate in any and every capacity imaginable. If you find one, there is very little reason to ever put it down. It’s not the best weapon, but it's darn close. 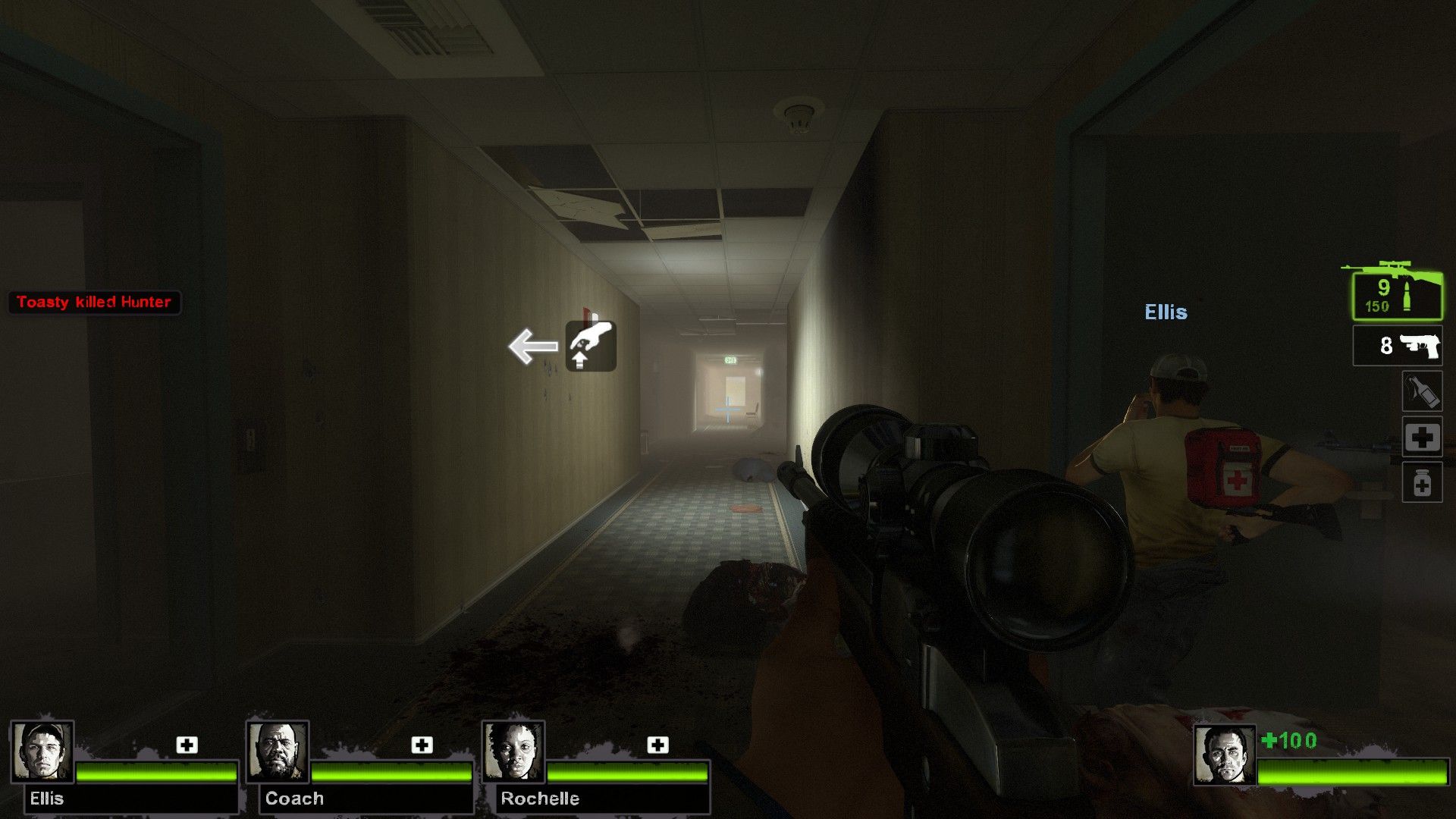 The AWP and the Scout sucked. These two on the other hand? God-like. These are semi-automatic Snipers with near-identical stats. They fire fast, they have ludicrous damage, and you can zoom in to cap distance Specials.

There is nothing to dislike about these two guns. When hip fired, they can even act like pinpoint accurate shotguns, because their bullet pierces through zombies. These are top-tier and can easily take the number one spot if snipers are your thing. 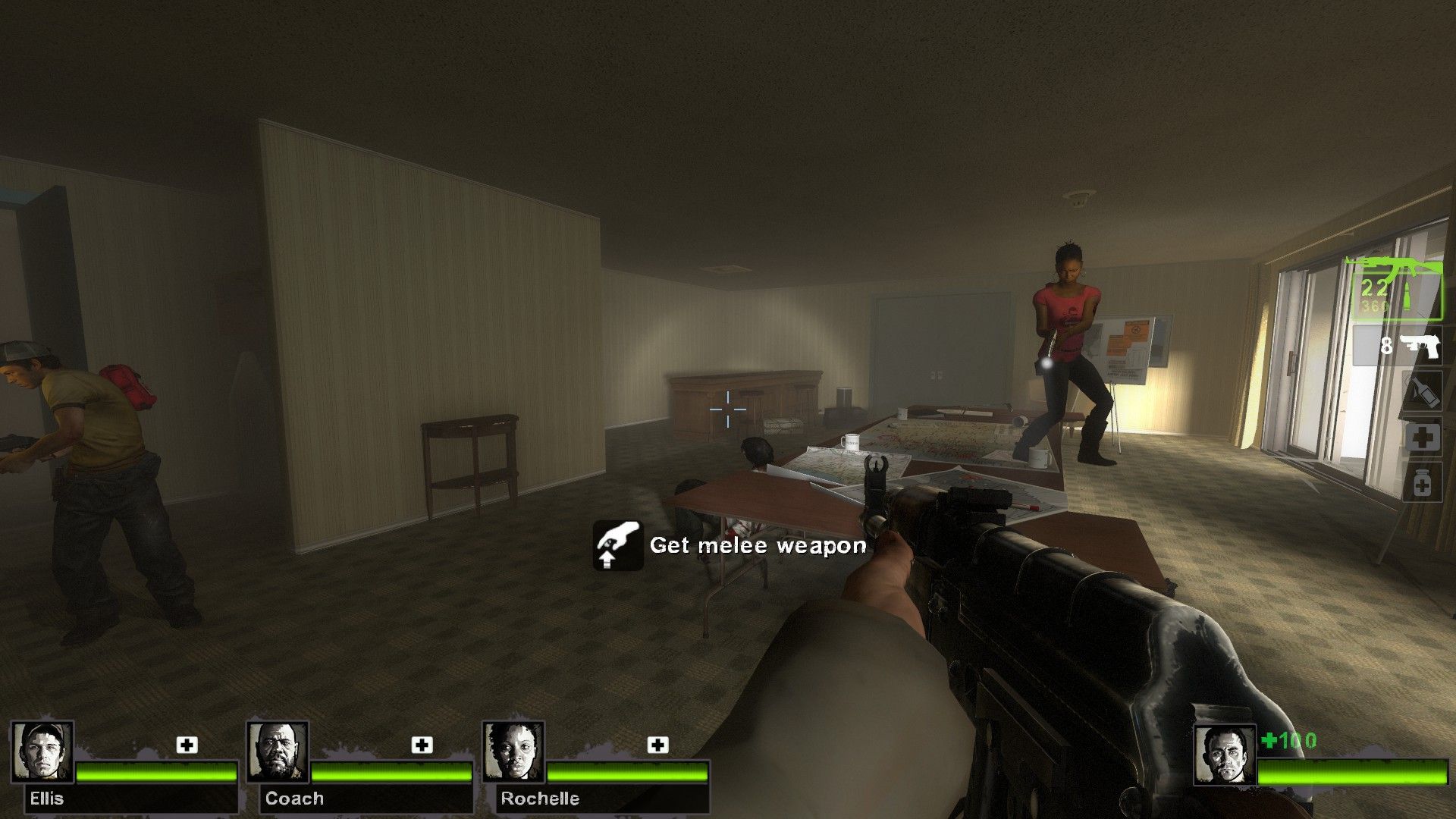 The AK47 – what’s not to like about this gun. It has everything. It has a meaty magazine, it has a great fire rate, it has wonderful accuracy, and it has the highest damage of any assault rifle in the game. This is monstrously good, and it even puts the M60 to shame.

If you slap on a laser sight, the AK47 becomes even better, and at that point, there is no reason to ever touch another weapon again. This is the workhorse, and it can carry you through every encounter in the game if you know what you are doing. A lot of guns on this list can take you to victory, but none do it quite as smoothly as the AK47.