Nippon Ichi Software America publishes some incredible games – Disgaea, Ys, and the Trails series are long-running favorites amongst RPG fans. In NIS America’s fall press tour this year, we saw the announcements of 11 games – some ports, some sequels, and some entirely new IPs. 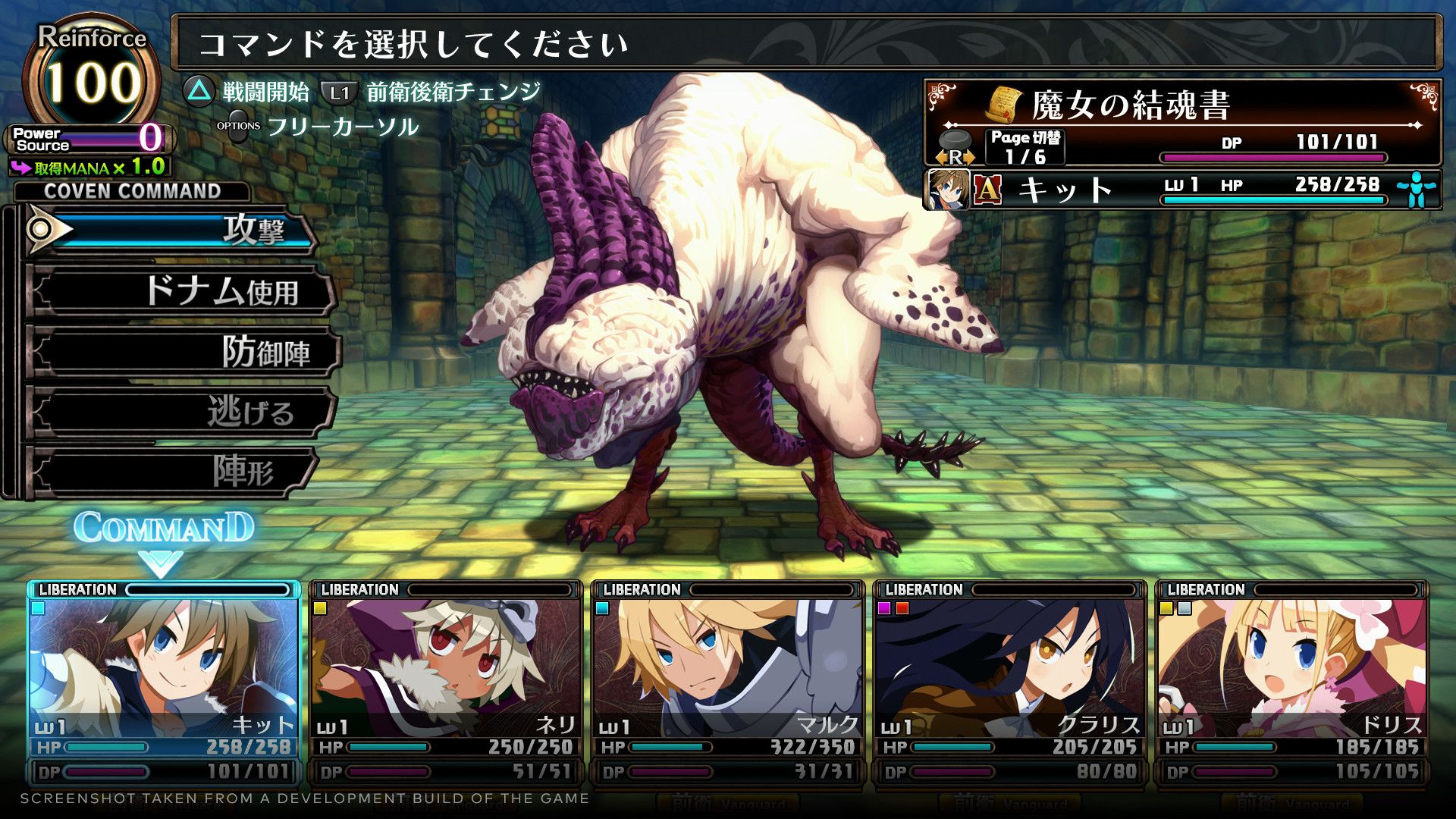 Labyrinth Of Galleria: The Moon Society

While not actually a sequel to Labyrinth of Refrain, Labyrinth of Galleria does brand itself as a spiritual successor. It screams ‘hardcore experience’, so it looks like the perfect timesink for anyone who enjoys a dungeon-exploring grindfest.

What I was particularly impressed by during the short gameplay demonstration was how streamlined the dungeoneering aspect of the game is. The ability to jump over pits and break down walls is a great way to speed things up when compared to other classics of the genre. In addition, the sheer complexity of the game’s puppet (read: character) creation system looks fantastic – almost every aspect of a character can be finely tuned, which is perfect for a game where you’ll end up having gigantic parties made up of puppet soldiers. The puppets can even be cats. Cats!

Labyrinth of Galleria: The Moon Society will be out for Nintendo Switch, PS4, PS5, and PC on February 14, 2023 in North America. 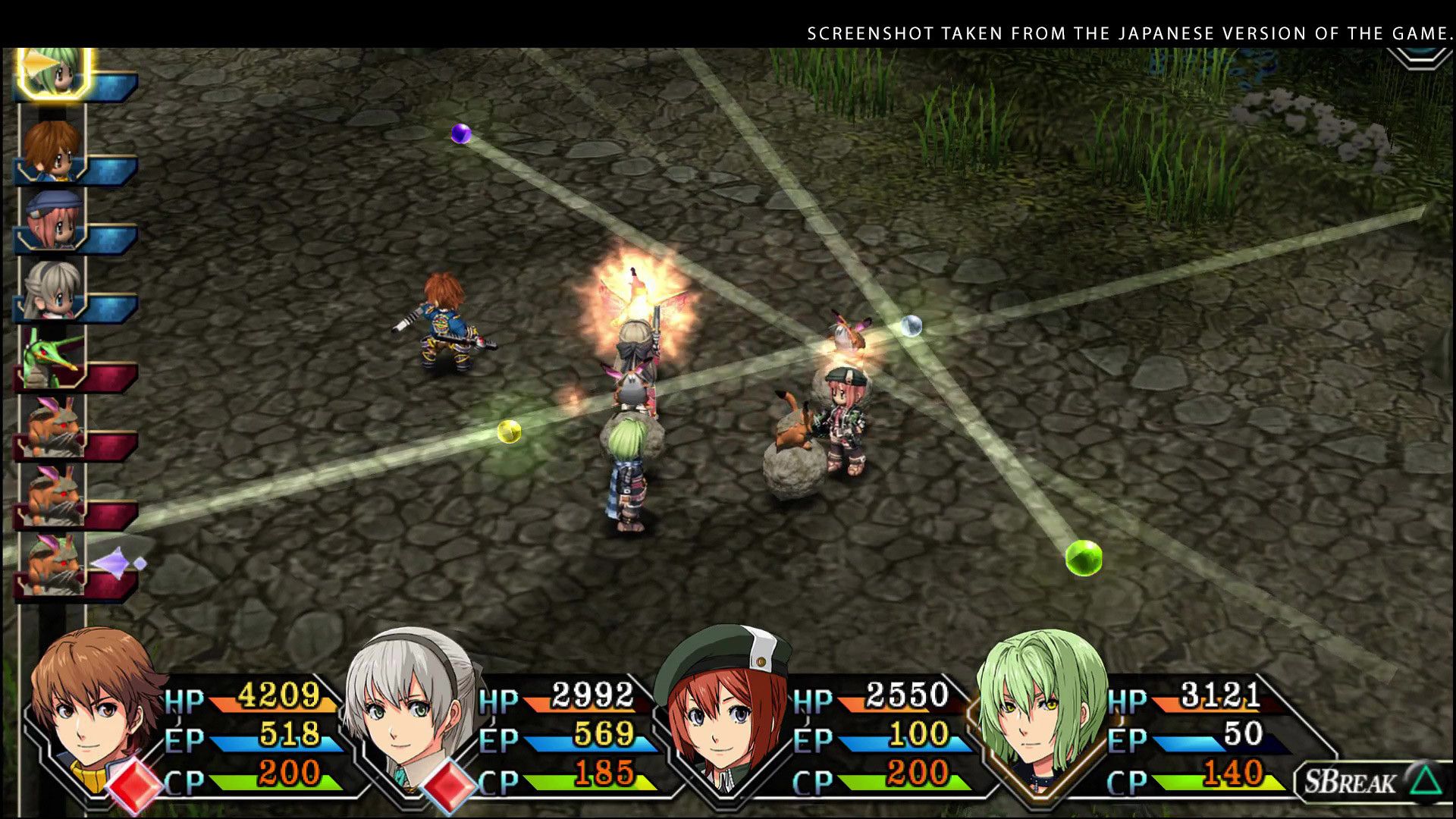 The Legend Of Heroes: Trails To Azure

Trails to Azure is finally being released outside of Japan on modern consoles. Originally a PSP game, it takes place directly after the events of Trails to Zero, and with its western release, it’s concluding the Crossbell arc in English for the very first time.

Trails fans know what to expect – a deep, satisfying combat system and compelling characters to drive the story onwards. This version of the game will let you import your Trails to Zero save data for some neat narrative changes, including new dialogues – and there are plans to keep this going, with Trails to Azure save data being useful in the still-upcoming western release of Trails into Reverie.

The Legend of Heroes: Trails to Azure will be out for Nintendo Switch, PS4, and PC on March 14, 2023 in North America. 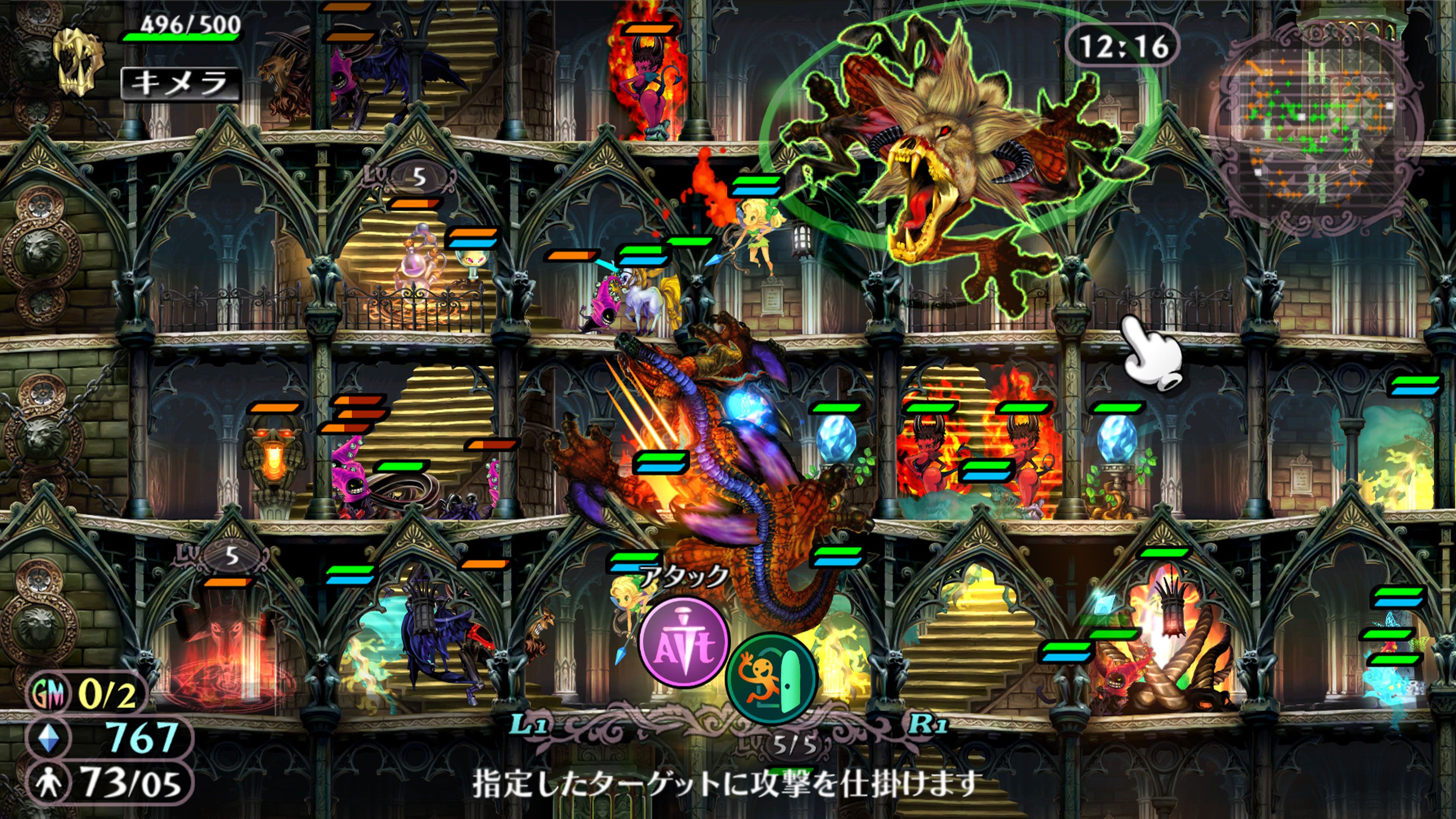 Another classic game being ported to modern consoles, GrimGrimoire OnceMore takes the previously Japan-only PS2 game worldwide. It was a very ambitious RTS at the time, pushing the console to its limits.

It seems that a lot of effort has been poured into this re-release, with the game getting a ton of added content to play with. You can expect a new skill tree, better controls for a console RTS, and an art gallery. You’ll want to use that last one; the updated artwork looks absolutely stunning. It’s a very striking game, visually.

GrimGrimoire OnceMore will be out for Nintendo Switch, PS4, and PS5 in Spring 2023. 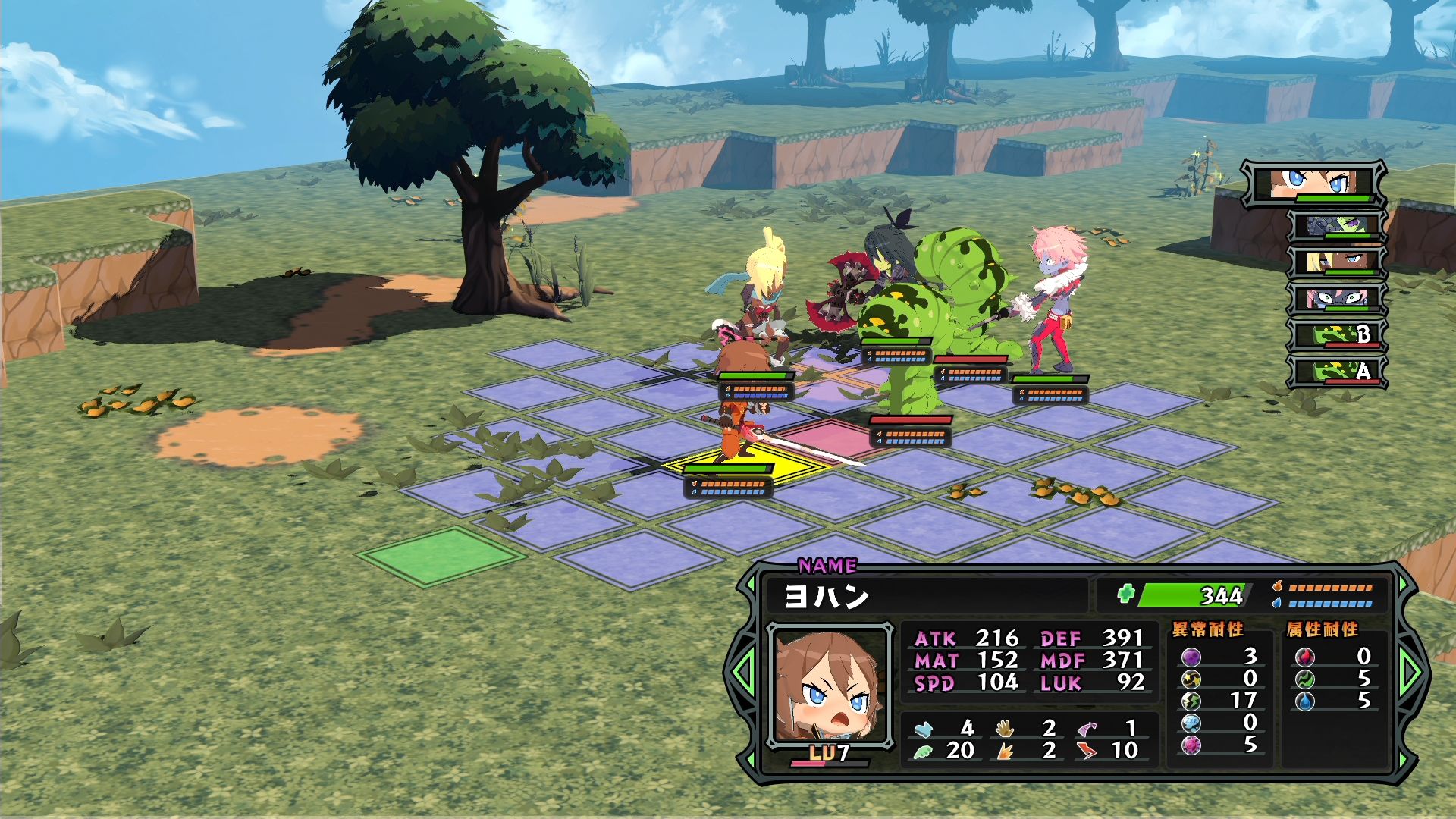 If I had to sum up my impressions of Monster Menu in a sentence, it would be ‘Disgaea but a little darker, with cooking elements.’ Diving a little deeper, though, the similarities seem to stop at the appearance and combat. Making Monster Menu a bit more interesting is the fact that it’s a roguelike with survival elements – your party members will need to eat and drink to survive, and to do that, you need to harvest ingredients from your surroundings and, yes, your foes. If you neglect to feed them, they’ll starve to death, funnily enough.

With promises of compelling gameplay and what looks to be a neat character creation system, Monster Menu is one of the games I’m most looking forward to. I especially like how detailed the food art is.

Monster Menu: The Scavenger’s Cookbook will be out for Nintendo Switch, PS4, and PS5 in Spring 2023. 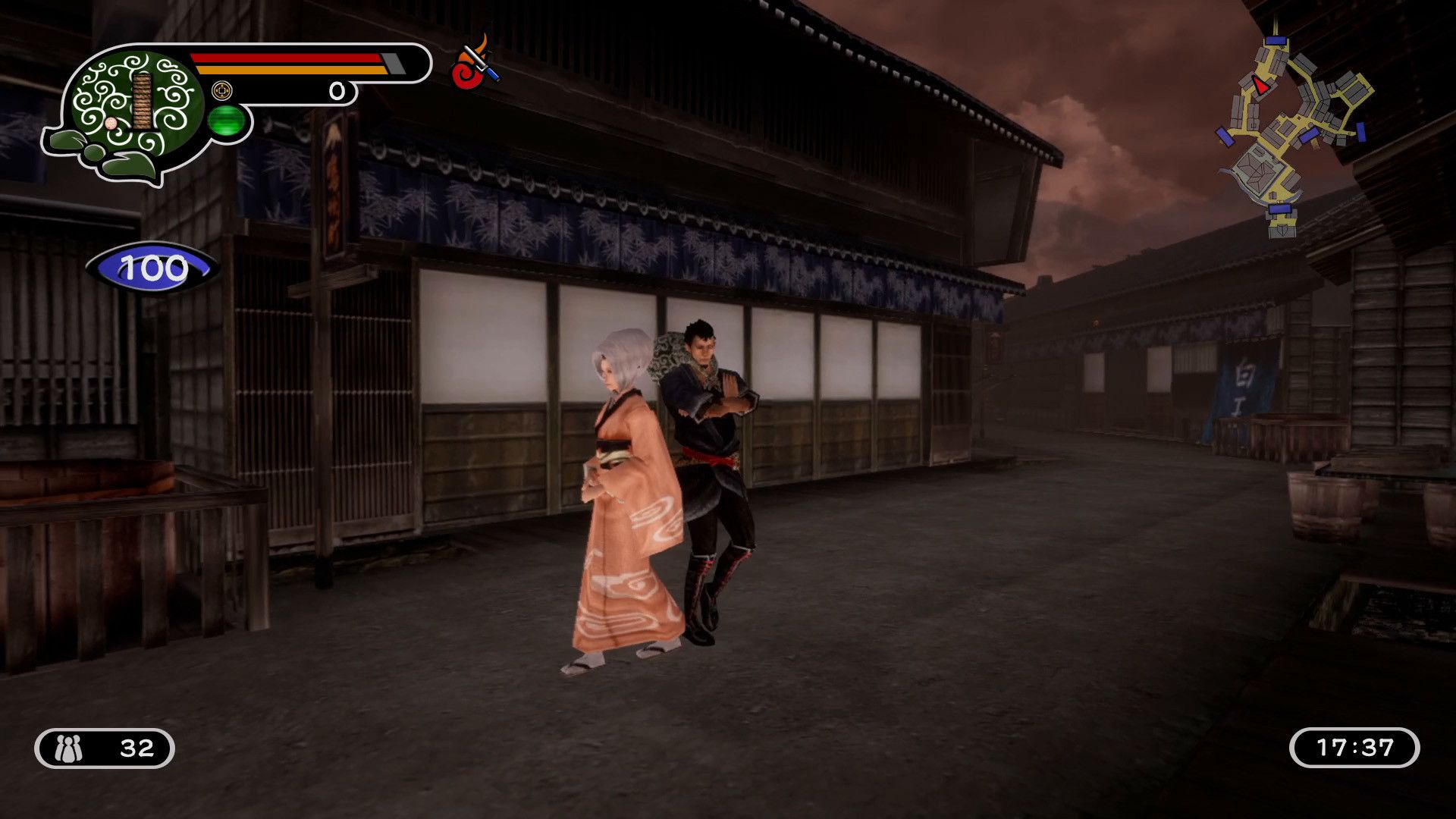 Kamiwaza: Way Of The Thief

Straying away from RPGs for a moment, Kamiwaza: Way of the Thief is a stealth action game that puts the focus on its storyline. The game follows a thief named Ebizo, who gives up his life of crime to look after his adoptive daughter. However, when she gets sick, Ebizo has to return to thievery to pay for her medicine.

Kamiwaza has a branching storyline, emphasising the role that your choices play and how important the narrative is to the experience. The gameplay has a big focus on the usual hallmarks of stealth – avoiding enemies, stealing what you can, and getting away from the scene of the crime without getting spotted.

Kamiwaza: Way of the Thief is out now for Nintendo Switch, PS4, and PC. 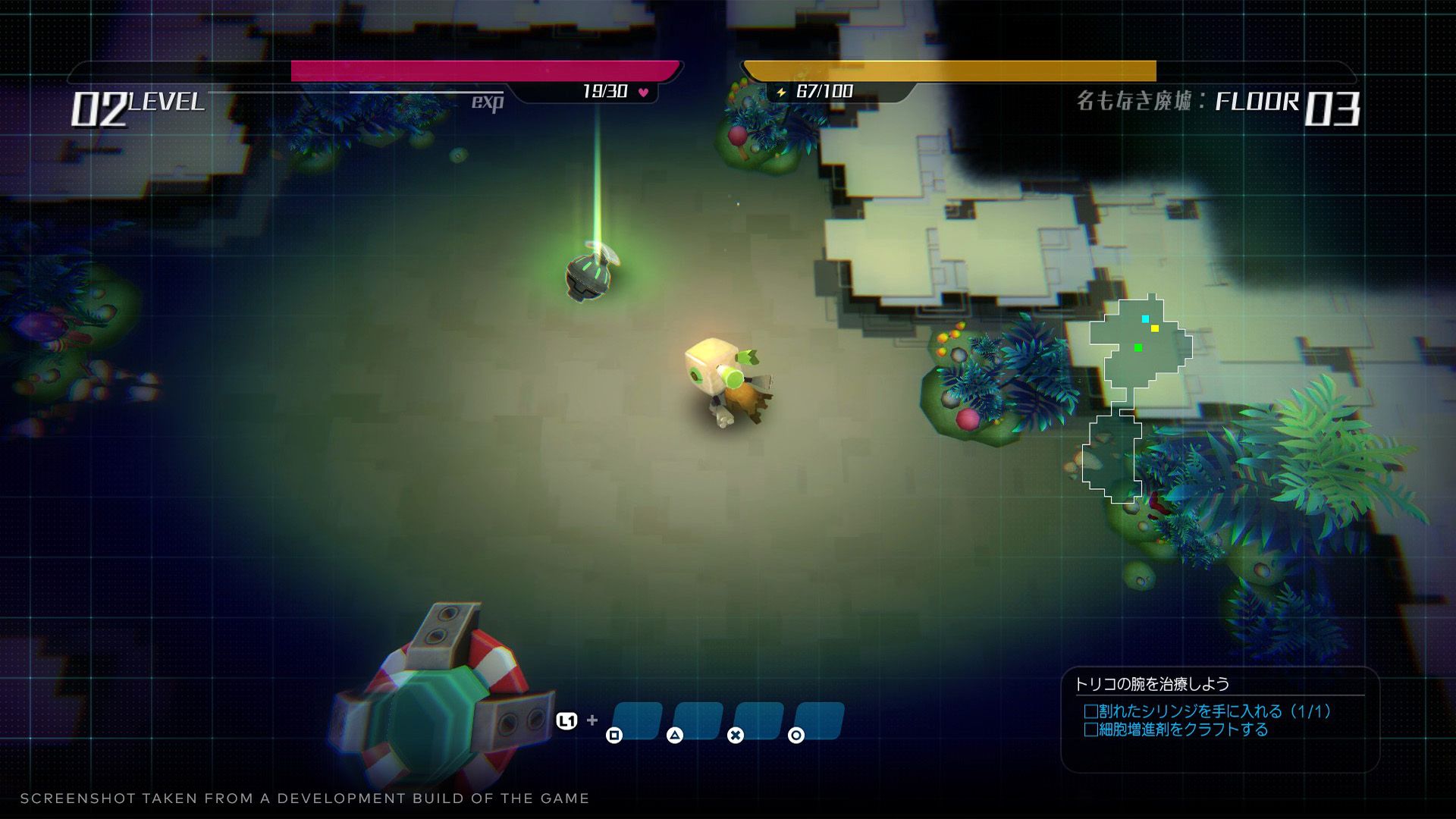 No, that’s not an accidental key smash; that’s the genuine title. Odd name choice aside, in Void Terrarium 2 – because I refuse to type that mess again – you are tasked with taking care of Toriko, the last human alive. She lives in, you guessed it, a terrarium.

As her caretaker, you must adventure through randomly-generated dungeons with roguelike action combat, and then manage and customise her terrarium to let her thrive. Replayability seems to be the watchword here, with an emphasis on how random the dungeons can be and how different upgrades can make or break a run.

Void Terrarium 2 comes out on Nintendo Switch and PS4 in Spring 2023. 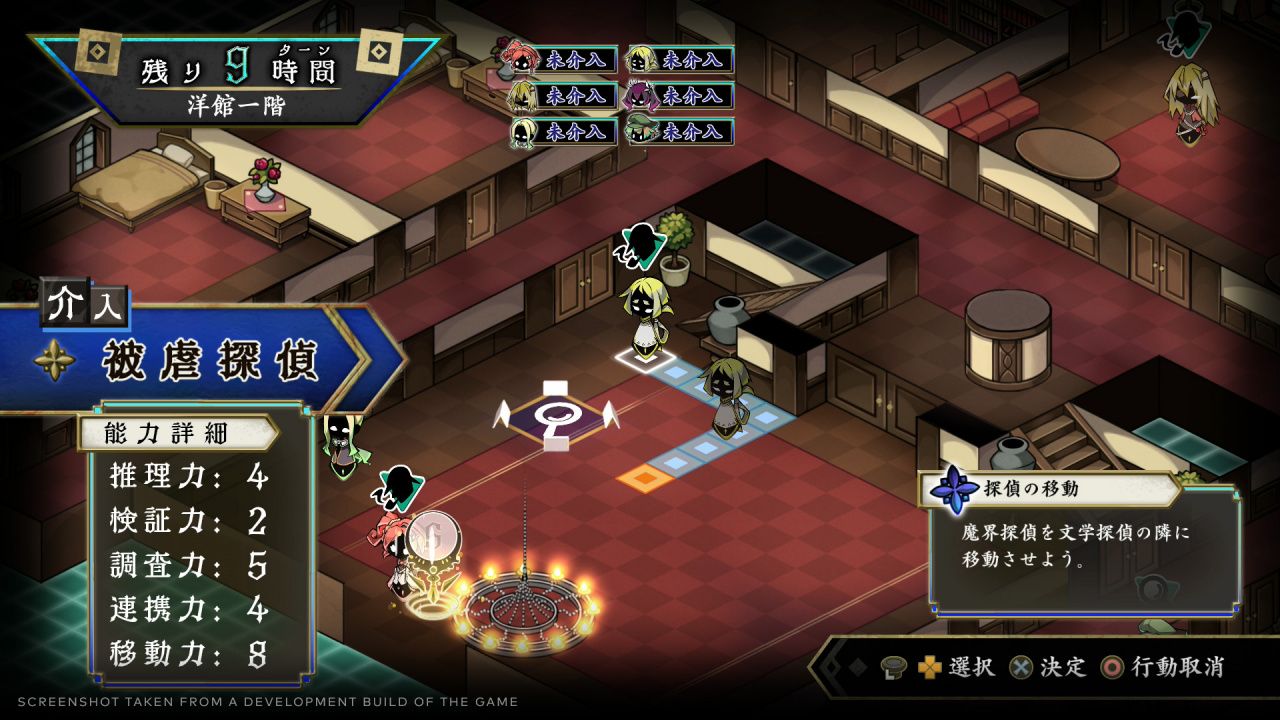 Branding itself a detective adventure game, Process of Elimination is a visual novel following a group of 14 detectives as they wake up on a mysterious island. Inevitably, one of them turns out to be a serial killer, and through dialogue options and interactive investigations, you’ll solve murders as they come. Think Lost meets Clue.

This game instantly gave me Danganronpa vibes, and that’s not a bad thing. This is one of the games that I’ll be picking up day one. The art style looks great and the hook of 14 different detectives having to work together – and against each other – is brilliant.

Process of Elimination comes out for the Nintendo Switch and PS4 in Spring 2023. 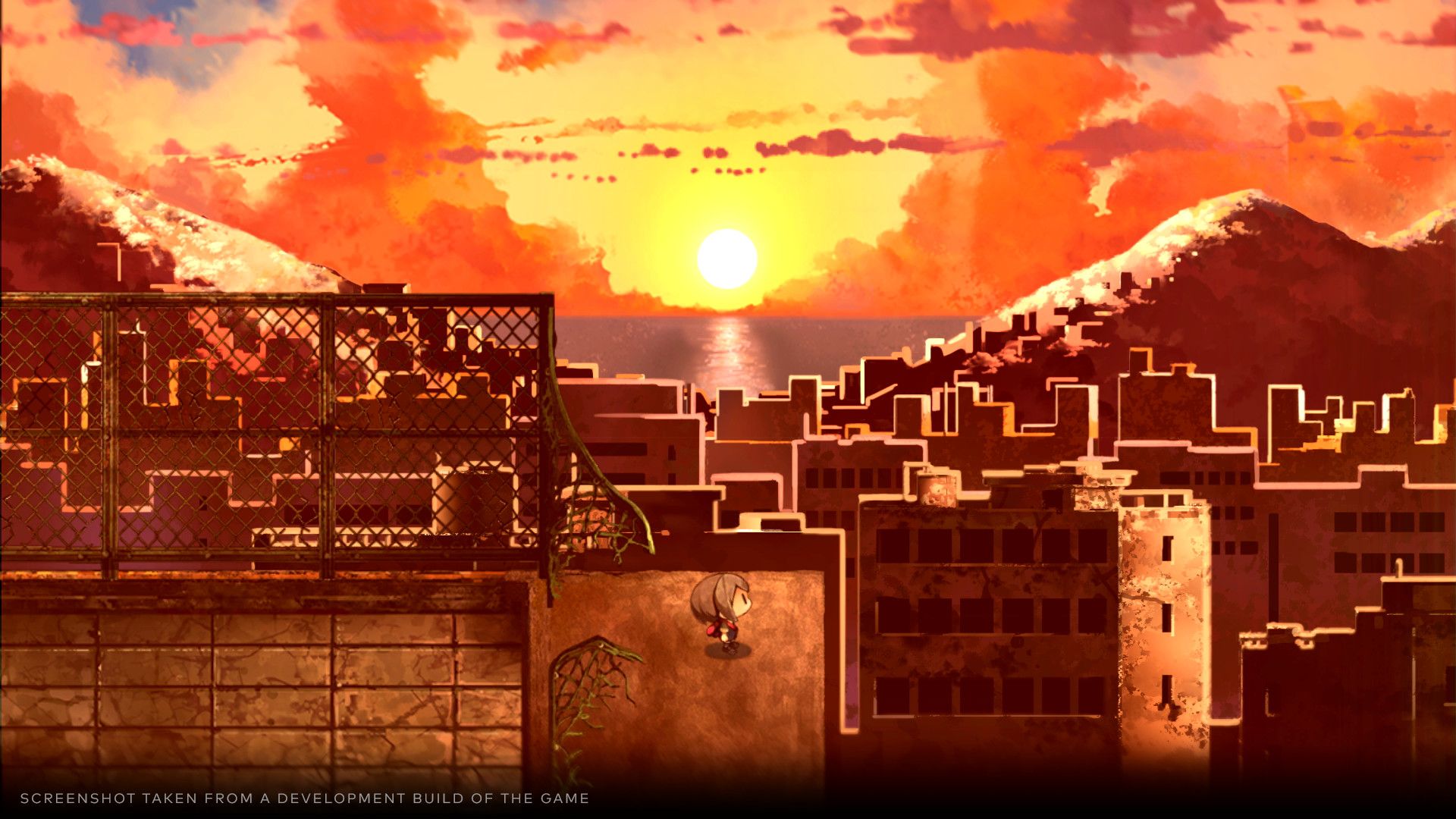 Yomawari: Lost In The Dark

A suitably spooky title coming out this month, Yomawari: Lost in the Dark is a survival horror with a really charming yet eerie vibe. You play as a young girl with amnesia, and the aim of the game is to recover your memories while avoiding dangerous ghosts.

A highlighted feature is the fact that closing your eyes is a game mechanic in its own right, and something you need to do to avoid some of the paranormal entities. While most of the game looks pleasant enough, the ghosts themselves are pretty horrific – they remind me of Junji Ito’s brand of horror, and it’s what draws me to the game the most.

Yomawari comes out later this month, on October 25, for the Nintendo Switch, PS4, and PC. 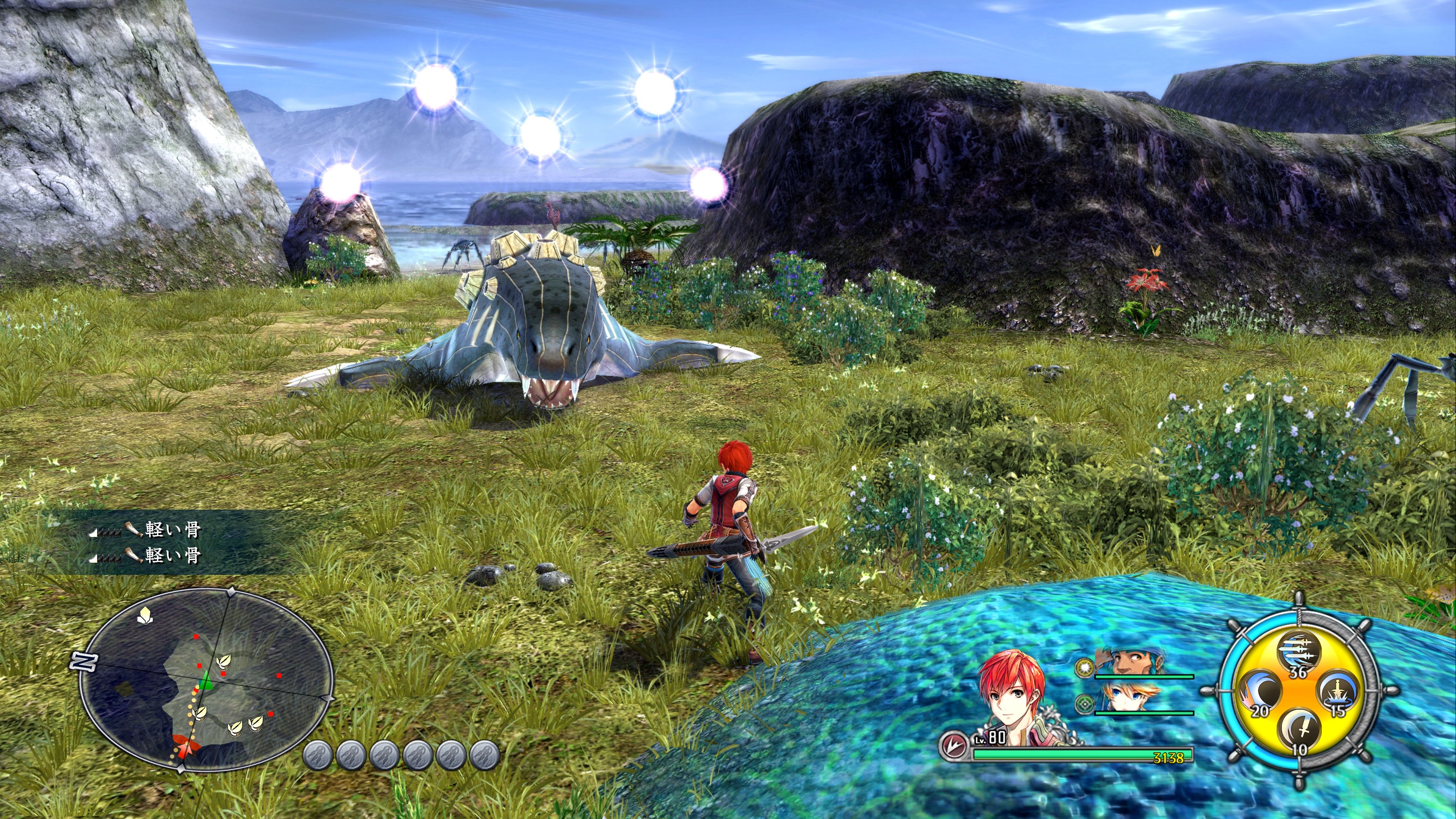 The two latest titles from the Ys series, Ys 8: Lacrimosa of DANA and Ys 9: Monrtum Nox, are being ported to PS5. While the former is coming with a whole host of free costumes to use that were previously exclusive to Japan, the latter is a straight port with no new features. Together, they make for a great way to jump into the story of Adol and see what all the fuss is about.

The PS5 port for Ys 8 releases November 15 in North America – we do not currently have a release window for Ys 9. 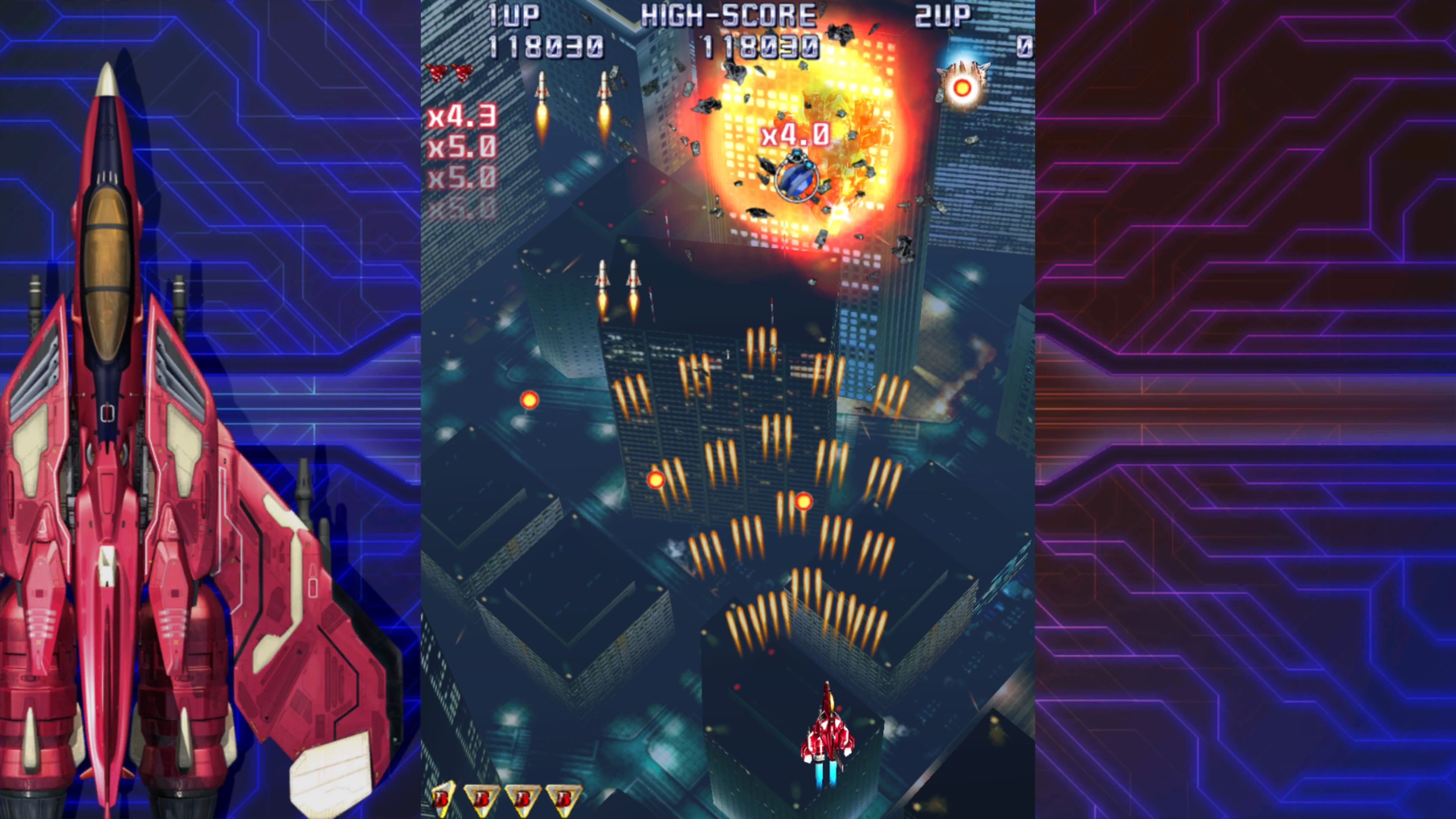 In what is an updated update of the original Raiden 4, Raiden 4 x Mikado Remix brings the fast-paced top-down chaos to modern consoles, with popular returning game modes such as OverKill, Additional, and Boss Rush.

I’ve never been one for shmup games, but Raiden 4 seems like it would be fun to dive into. The way you can fill up the entire screen with projectiles looks very satisfying.