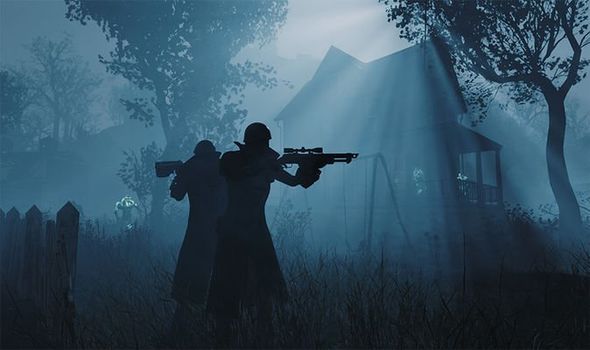 The Fallout 76 Season 6 release date promises to add new adventures and content to the wastelands on PS4, Xbox One and PC.

Launching in the next 24-hours, the new Fallout 76 update will make it possible to join a new scoreboard and team up with some post-apocalyptic heroes.

The Unstoppables are on a quest to end another team of villains, with new rewards available to those who can reach the top ranks.

Speaking about the new rewards and challenges coming to Fallout 76 this week, Bethesda provided this rundown on what to expect, telling fans:

“As you progress on the Scoreboard, you’ll be able to claim a reward each time you reach a new rank, such as consumable items, in-game currencies, Legendary Cores and Modules, weapon skins, C.A.M.P. objects, lots of Unstoppables themed cosmetics, and much more!

“With Season 5, we introduced the ability to continue your Season journey well beyond the previous rank 100 maximum, and Season 6 will do the same. You’ll continue earning rewards for every rank you hit past 100, which includes Perk Card Packs, Legendary Crafting components, consumables, and Atoms.

“If you’re going to be fighting crime alongside The Unstoppables this Season, you’re also going to need to look the part!

“We’re adding new Daily and Weekly Challenges to the Season lineup that will ask you to take down creatures or complete events while in costume, or while dressed as a member of The Unstoppables.

“Don’t worry if your wardrobe is currently lacking in the costume department, the Unstoppables and sidekick themed items you can earn as you rank up will help you progress these Challenges.”

WHEN DOES FALLOUT 76 SEASON 6 START?

The Fallout 76 Season 6 release date has been scheduled for Wednesday, September 8, 2021.

This will be a unified launch, meaning that gamers across PS4, Xbox One and PC platforms will get access at the same time.

The only downside is that server maintenance will need to be performed and that will mean shutting down the game for several hours.

No release time has been revealed yet for Fallout 76 Season 6, but we would expect it to kick off in the afternoon in the UK, sometime after 2pm BST.

Another big part of this week’s Fallout update is the launch of Fallout World, a new custom server option for those who want to create by themselves.

Fallout Worlds is a list of customisable settings so that players can construct C.A.M.P.s in previously restricted areas or even remove the need for electricity.

Included in this new service is the ability to change the PVP rules and difficulty settings, making the survival mechanics even more brutal.

There are a lot of different options to explore when you choose the Custom Worlds option and gamers can also expect the introduction of Public Worlds.

Public Worlds are a rotating series of Fallout Worlds experiences available to all players which have been hand-crafted by the team at Bethesda Game Studios.

Each Public World uses a different combination of Fallout Worlds’ settings to bring you a unique play experience and should be available after you update Fallout 76 on September 8.