The amigos are useful allies throughout Far Cry 6 for a few different reasons. For one, they have abilities that can help you while sneaking or fighting. Secondly, they can keep you company on long adventures. And finally, in Chorizo's case, he can give you access to some treasure.

He doesn't actually lead you to the prize. But the pup does provide you with the key you need to open the treasure. However, you won't know that's what the key does at first, as its purpose begins as a mystery. After all, it's called a Mysterious Key. To shed some light on the matter, here's everything you need to know about using the item.

How To Get The Key 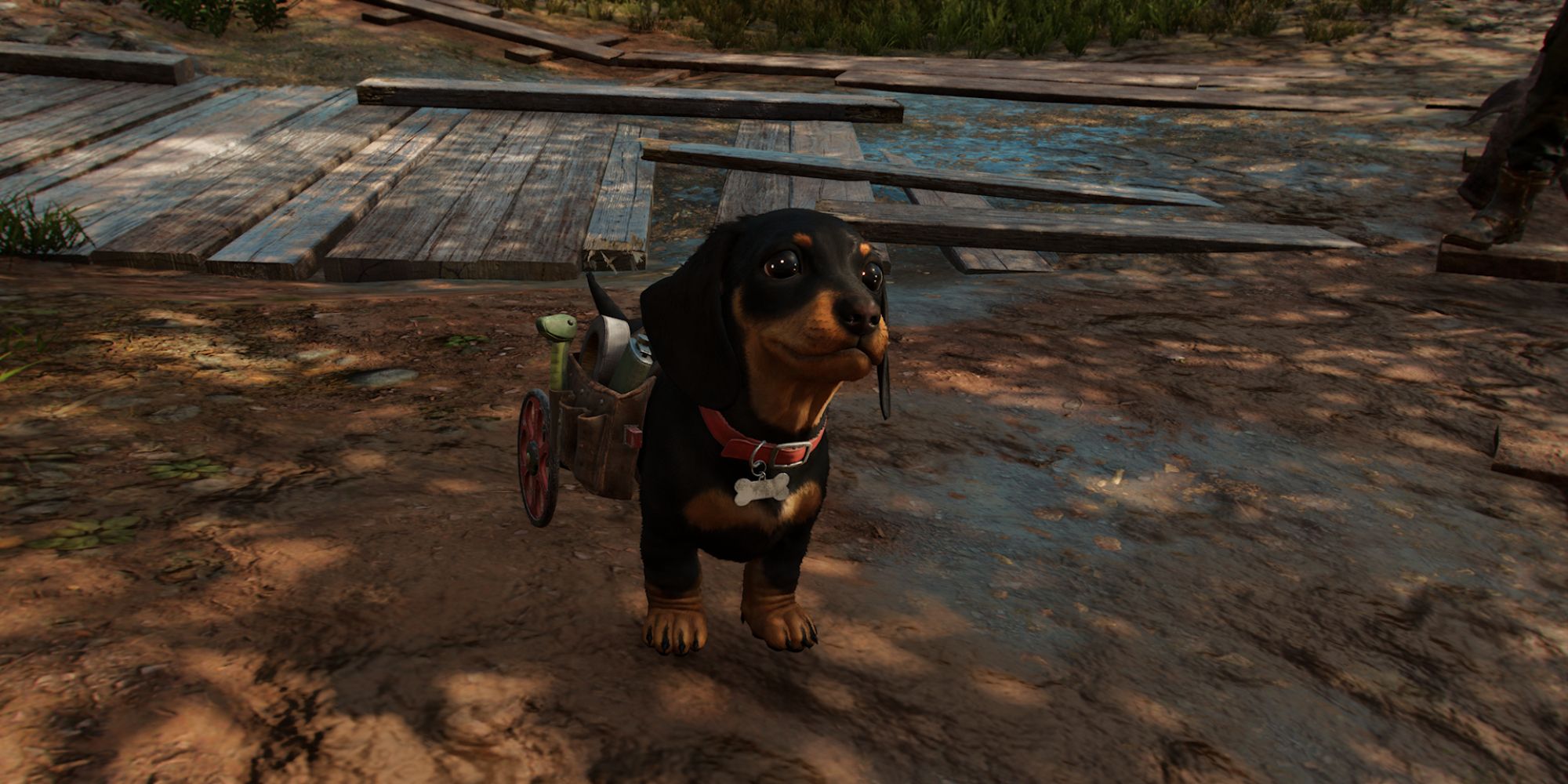 You can only acquire the Mysterious Key after you've met cute little Chorizo. The first quest with this pup is called Who's A Good Boy, where you have to find ingredients to make a meal for the dog.

That kind gesture results in him becoming your amigo, which unlocks the cleverly titled Fetch Quest. In this one, all you have to do is follow Chorizo, who leads you around the Montero Farm, digging things up. One of the items he finds is the Mysterious Key.

Where To Use The Key 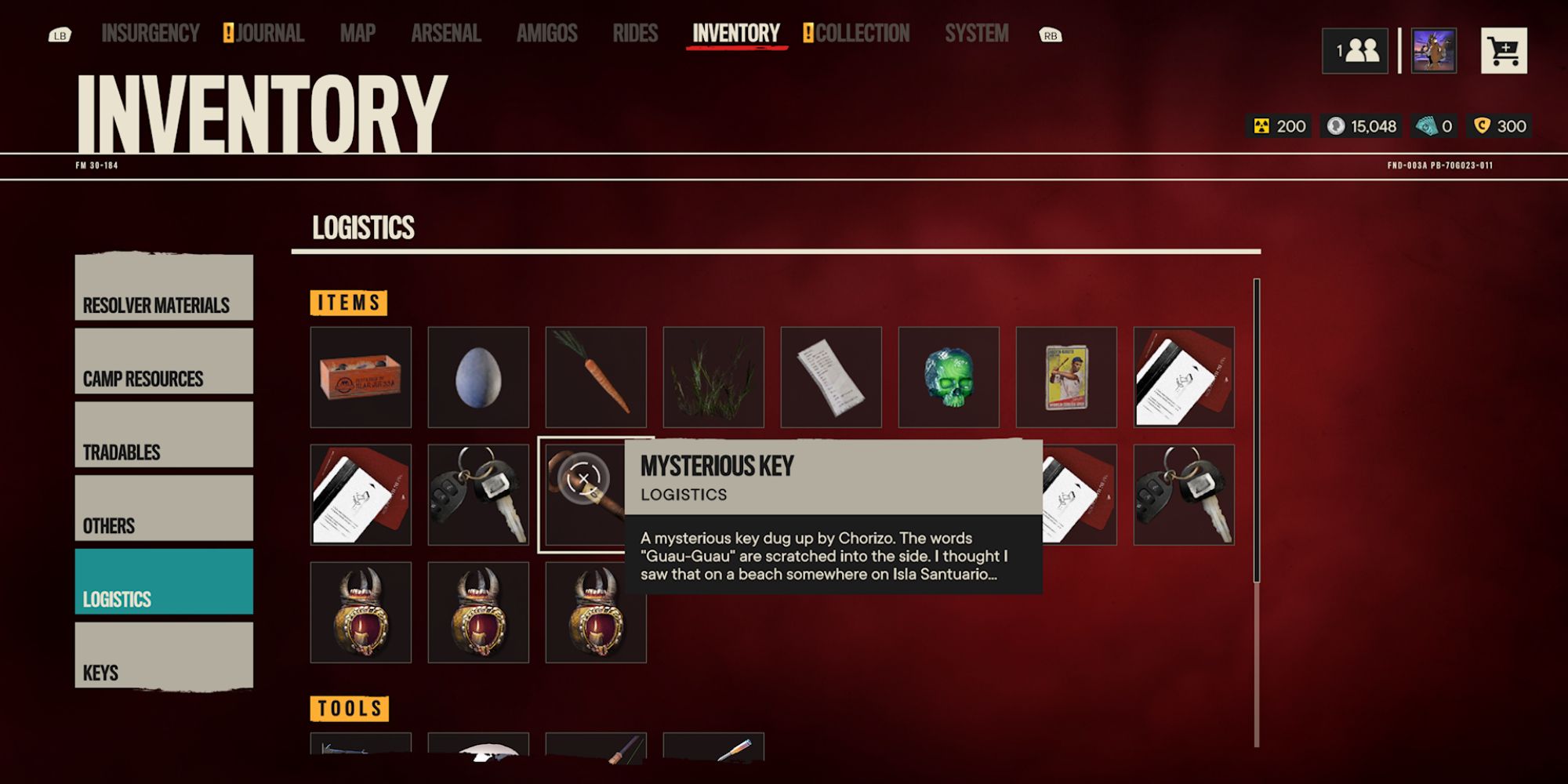 If you go to the logistics section of your inventory, you will find the item. And when you hover over it, you get a description of the key written by Dani. They say that the words "Guau-Guau" are scratched into the side of the item. Then the protagonist alludes to the words having some connection to Isle Santuario. So, this is a pretty big clue as to where you must go next. 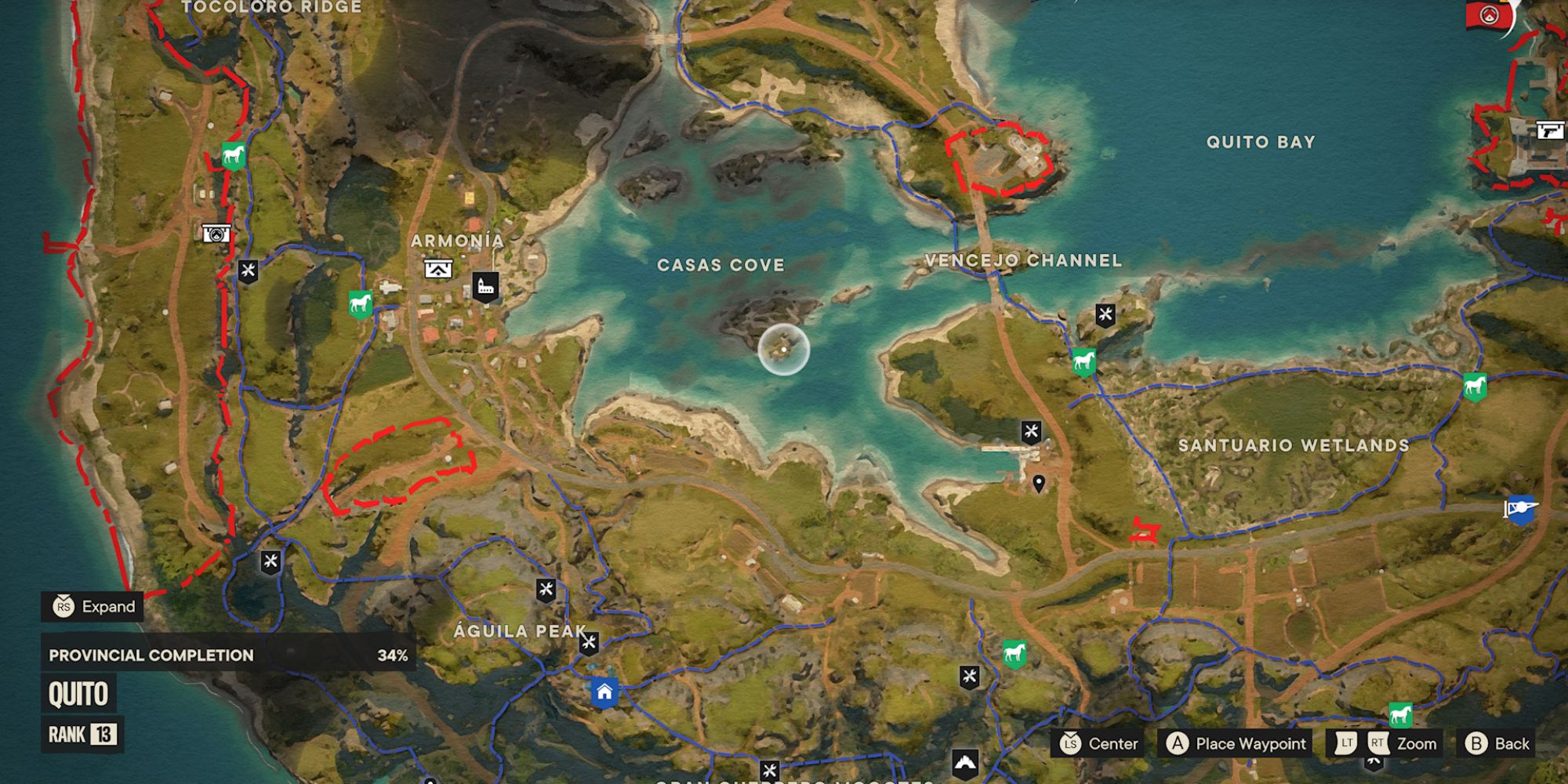 Isle Santuario is the prologue island, which is in the southwest corner of the map. You need to head for the island in the middle of it, next to Casas Cove. Once you reach it, you may realize the place is named Guau-Guau Island. 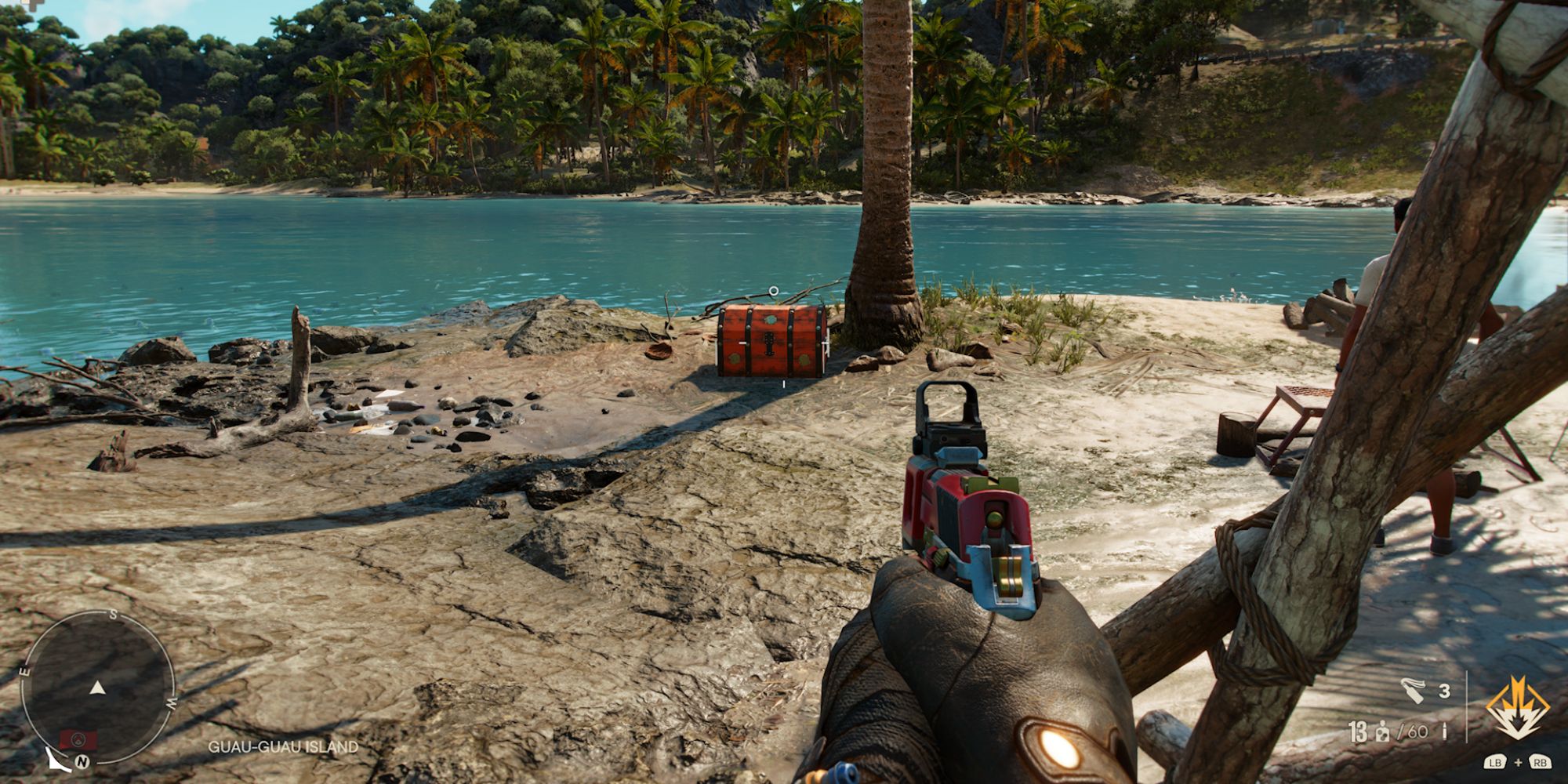 When you're on the island, you need to find a large orange chest. It's next to a campfire and close to a blue shelter.

Simply walk over to it and hit the prompt to open it up. Hidden inside is a new unique rifle called F**K Anton. Its name isn't very subtle, but it's a nice gun.