Want to know how to play the Black Mage job in Final Fantasy 14? You're in the right place, pull up a chair, and let us demystify the dark arts for you.

The Black Mage is a magical ranged DPS job and is often compared to a stationary cannon. It's your job to get in position and continually blast enemies with high damage-dealing spells. You're the one bringing the pain to the party, as you have great area-of-effect (AoE) damage, and have excellent amounts of continuous big single target damage. 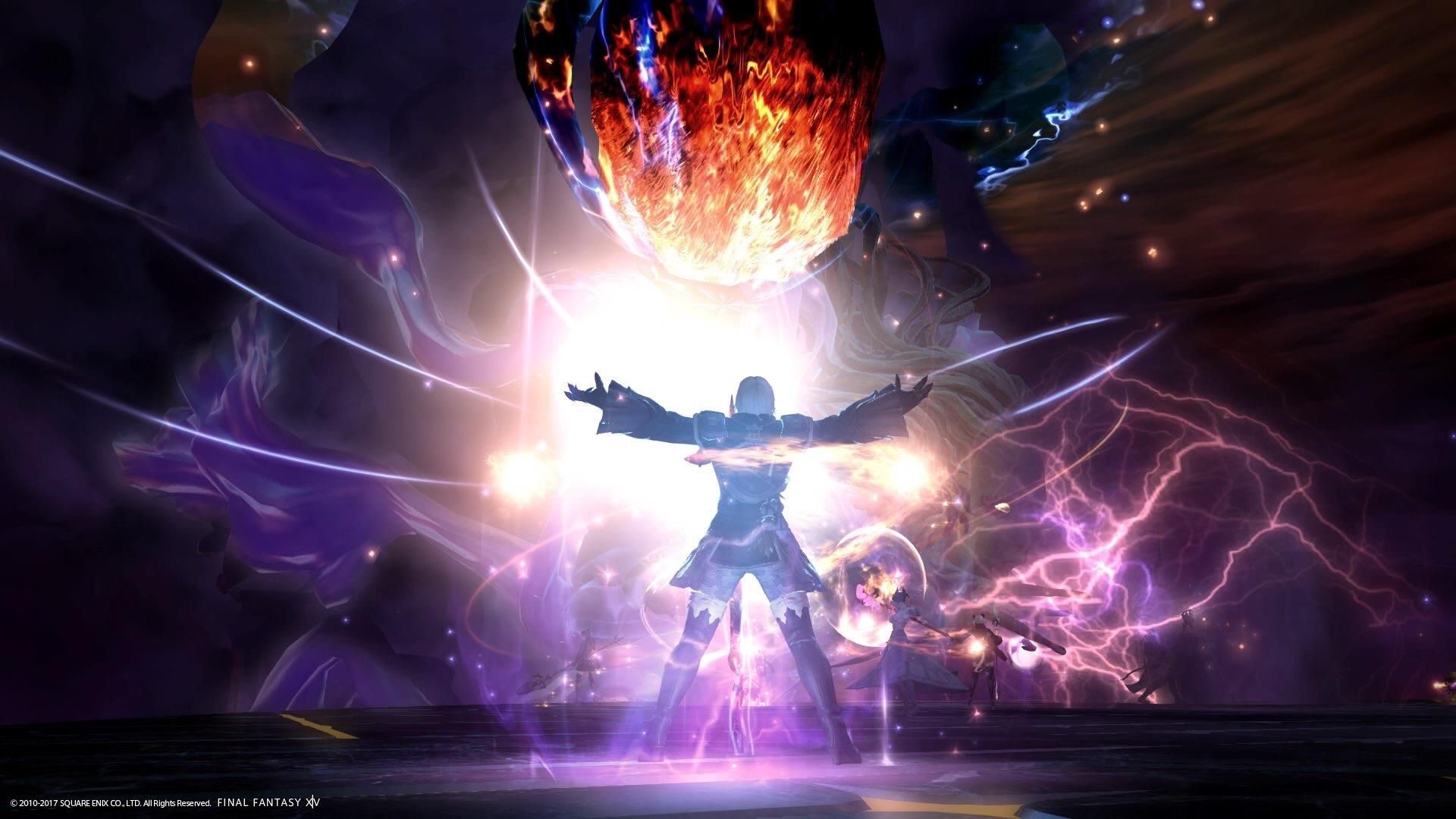 There are two ways of becoming a Black Mage. One is to create a new character and select the Thaumaturge class, as this is the only class that can specialize as a Black Mage at level 30.

On your existing characters, you can go to Ul'dah in the Steps of Nald – you can speak to Yayake to start the "Way of the Thaumaturge" and begin leveling this class to level 30.

The Quest To Become A Black Mage

To become a Black Mage, you have to have completed the level 30 Thaumaturge class quest – "Facing Your Demons" and complete the "Sylph Management" step of the Main Scenario Quest. This will then unlock the "Taking the Black" quest, which allows you to specialize as a Black Mage upon completion.

There are a bunch of quests for the Black Mage which unlock various rewards and important abilities. The table below shows the level you get the quests, and what you get from completing them.

While veterans of Final Fantasy 14 will already know this – if you're new to the game, it's always a good idea to complete the job quests for whatever job you're leveling. It gives you a good amount of experience points, decent gear, and most importantly, unlocks some core abilities a job needs to work properly. 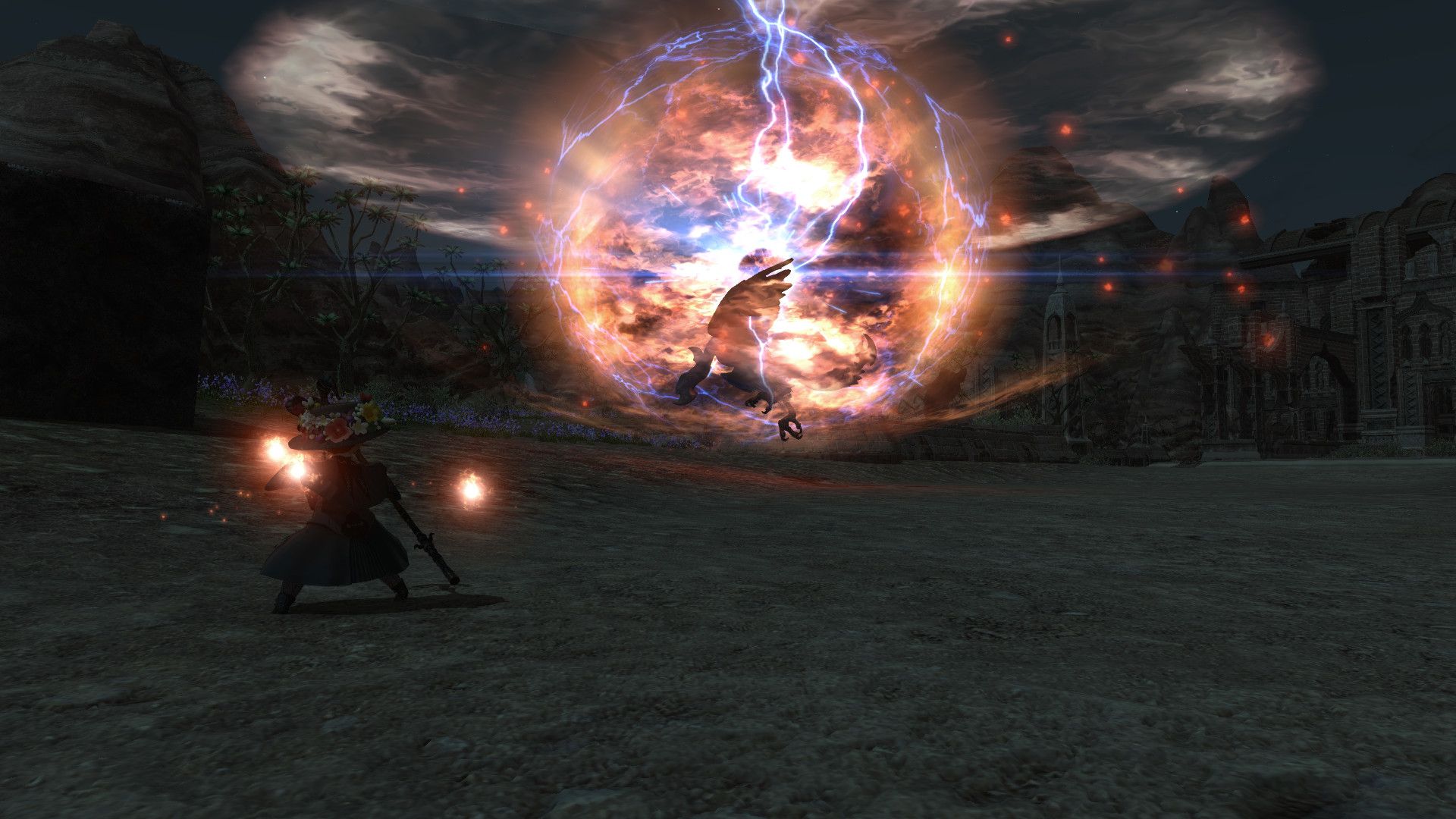 Thematically, the Black Mage is all about balancing the elements, and the two most important concepts to understand are Astral Fire and Umbral Ice. Umbral Ice is how you replenish your Mana Points, and Astral Fire is how you consume that Mana for big, tasty, damage. As you level up, you'll gain access to Thunder spells. These are usually damaging over time (DoTs) spells that you can weave into your rotation.

Another thing to understand about the Black Mage is the importance of positioning; you have a few limited ways of casting on the move, but these are not dependable at all. You have to put yourself in a position where you can do the most damage while moving around as little as possible. The Black Mage is almost like a turret or piece of artillery; they are capable of enormous destructive potential from range but have very limited movement. 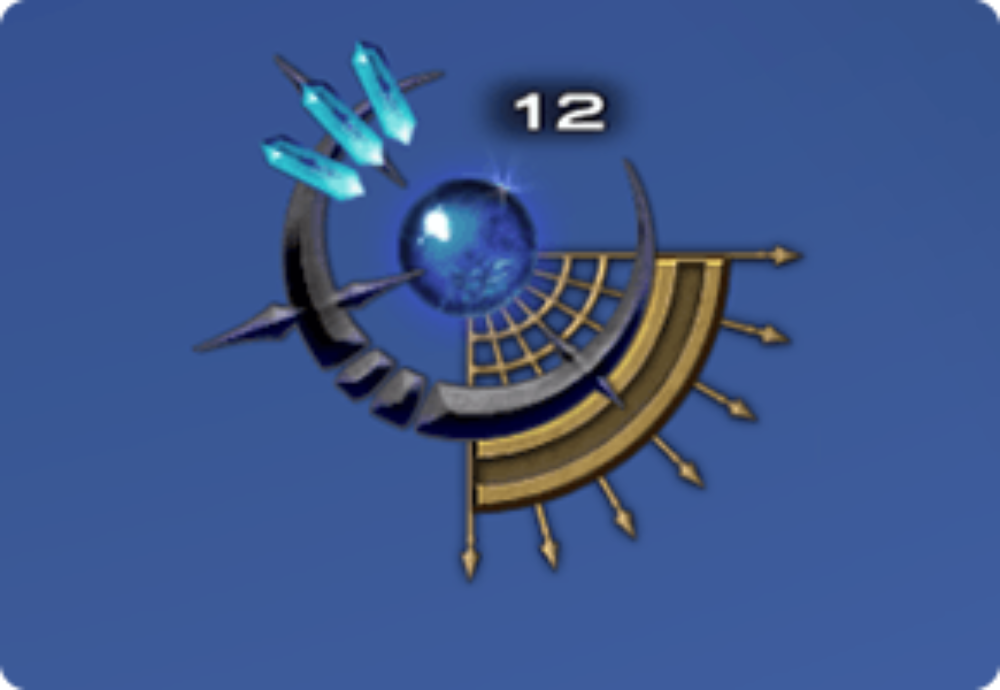 The Black Mage has access to several important mechanics that determine its overall effectiveness in group play, but if you can master these, then your journey to the top is well within reach. The icons at the top left of the screen tell you how many stacks of Astral Fire and Umbral Ice you currently have. The number at the top indicates the duration left on Astral Fire/Umbral Ice.

The Elemental Gauge also tells you how some other things as you increase in power. The bottom-left section tells you how many umbral hearts are available, which are unlocked at level 58. An Umbral Heart completely nullifies the increased mana cost of Fire spells while Astral Fire is active.

You gain access to Polyglot at level 70. While Astral Fire or Umbral Ice is active, you build up a meter that fills every 30 seconds, granting you a Polyglot Crystal. At level 80, you gain access to a second crystal charge and can spend these charges on Xenoglossy (one of your hardest-hitting abilities) or Foul.

At level 90, you gain access to Paradox, and you can build it up by swapping between Astral Fire or Umbral Ice. You must also have either Astral Fire III or Umbral Ice III, plus an Umbral Heart when swapping to gain a charge of Paradox.

While all these different currencies and resources might seem very overwhelming at first, you don't get access to them all at once; they're acquired gradually as you level up. The other advantage of the Black Mage is its rotation is fairly constant, as it doesn't change drastically depending upon encounters. 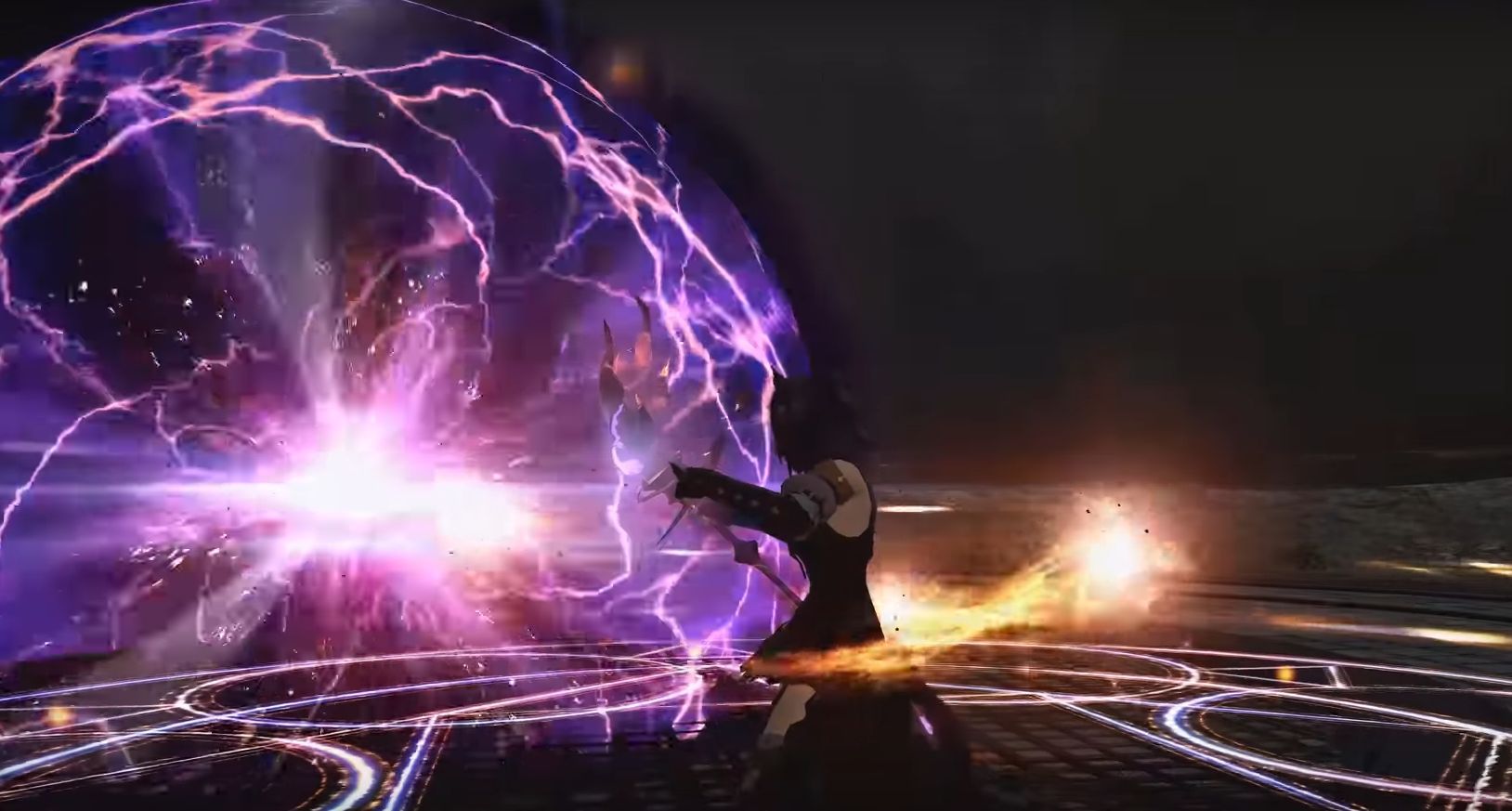 The general gist of the single target rotation is to build up your umbral ice with Blizzard III and Blizzard IV and then unleash as many high-damaging Fire IV's as you can. Fire IV doesn't grant you Astral Fire, so you'll use Paradox to extend the duration of the Astral Fire from Fire III (this is vital because you can only cast Fire IV while under the effect of Astral Fire). You finish with Despair for massive damage but at a very high mana cost.

We'll Cover Off GCD abilities in more detail below, but you should weave Thunder III (your highest single target damage dot) into your rotation whenever its duration is about to run out.

This is the area of effect (AoE) rotation for clearing groups of enemies:

The general idea of the AoE rotation is to start to build up your Umbral Heart stacks with High Blizzard II and Freeze, (Freeze nullifies the Mana increase that Astral Fire gives to Fire spells, and it reduces the cost of Flare by a third). Thunder IV is your best AoE dot – but it only lasts for 18 seconds. You finish with your best AoE fire damage spells – High Fire II and Flare.

The opener rotation is used to sync buffs with your team and give yourself the maximum possible damage in harder group content. We'll put the rotation down below. As mentioned, one of the strengths of the Black Mage is that the rotation doesn't change all that much, as your primary function is about building up currencies (like Polyglot) and then consuming them for big damage. Your off GCD actions allow you to maximize your DPS.

This rotation is all about maintaining uptime on your Fire IV while at the same time maintaining the Enochian damage buff (you get this while Astral Fire or Umbral Ice is active) and, after 30 seconds, it gives you a stack of Polyglot which lets you cast Xenoglossy for some big damage.

Weave in your single-target damage over time near the start and at the end of the rotation. You'll be using various Off-GCD abilities throughout the rotation to quickly deliver more damage as well as maintain the Mana required to throw out all these hard-hitting spells. 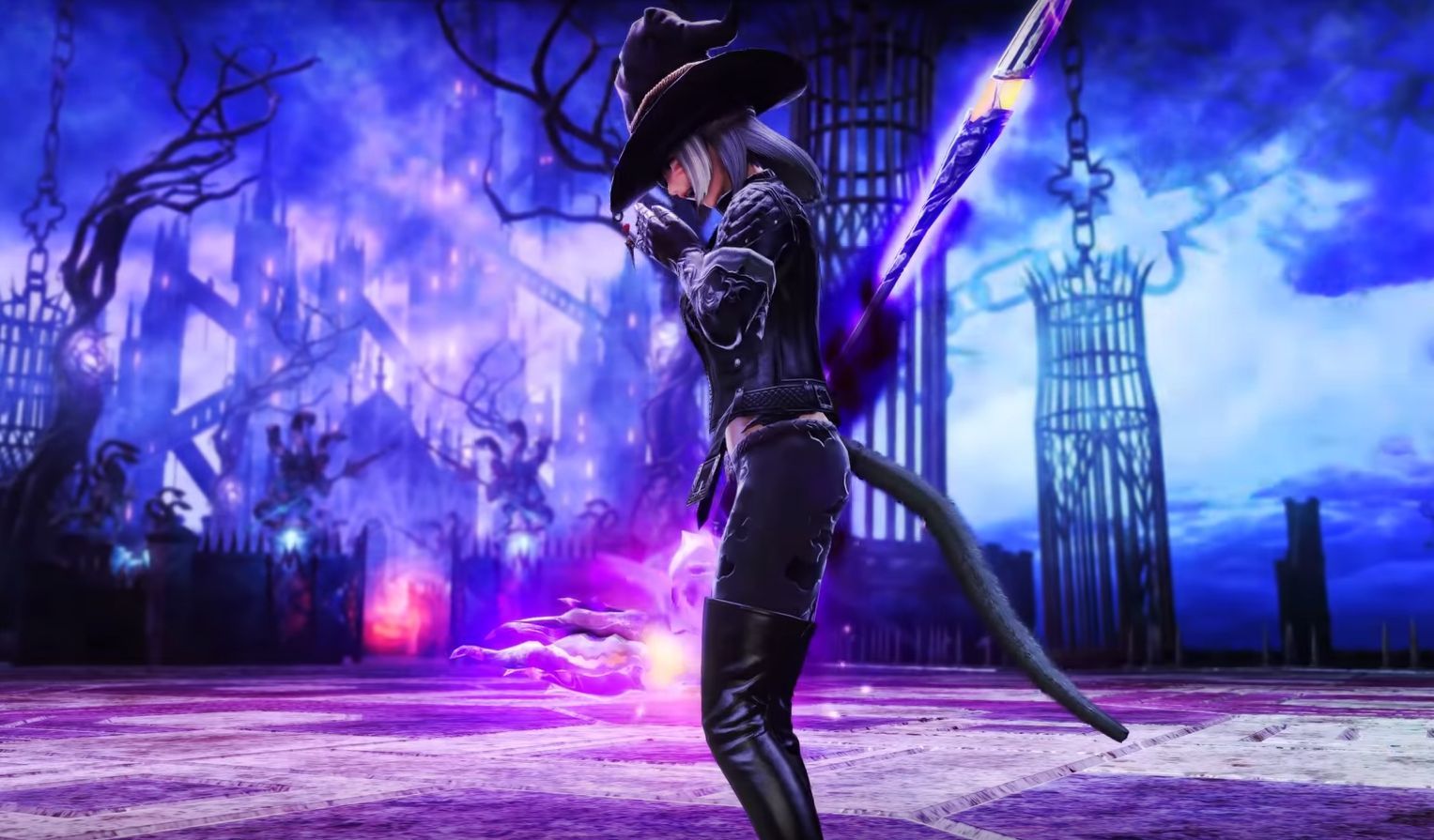 There are various off-GCD (global cooldown) abilities that you can use, and these will either increase how many spells you can cast, help you cast on the move, or quickly reallocate to a teammate's position, or even survive hard hits. Using these effectively is key to mastering the Black Mage.

Generally speaking, these are all "Oh No" buttons, Manaward and Aetherial Manipulation are all there to get you out of harm's way, and Manafont can be used if you muck up your rotation (don't worry, it happens to every Black Mage) and needs a quick injection of extra Mana. 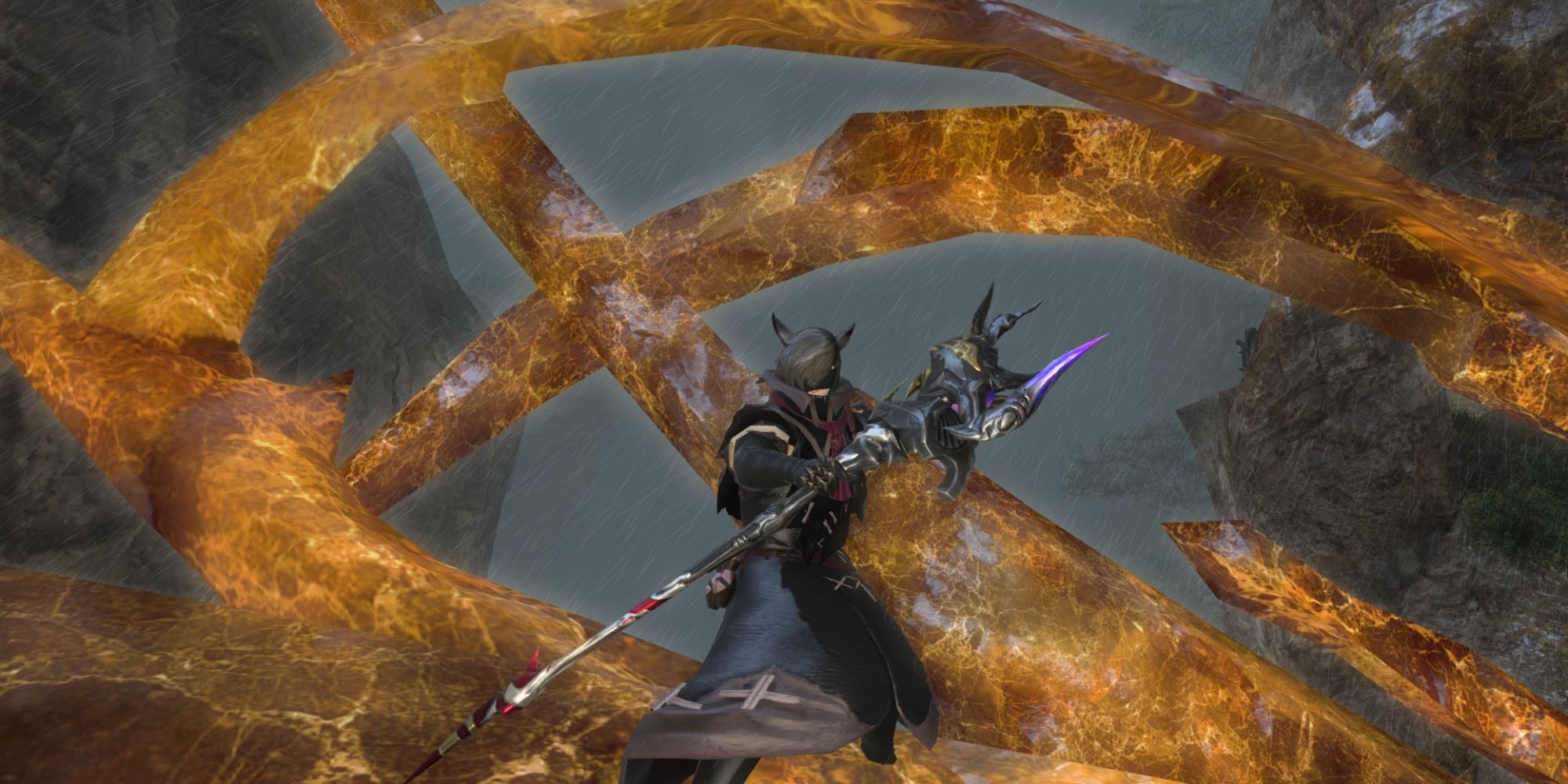 The best gear for the Black Mage has either high crit and moderate spell speed or low crit, but high spell speed and direct hit stats. Generally speaking, most Black Mages opt for the high spell speed set as this gives you a 2.19 GCD (Global Cooldown) and offers the best consistency overall. That said, Black Mage is one of the easier classes to gear, so there's no need to worry about maximizing specific stats, as Black Mage scales well with either higher crit or spell speed.

Here's a look at the most popular Black Mage set (focusing on high spell speed).

Which Stats Should You Use Your Materia On?

Materia is a very important part of gearing for high-end content across the board. We have a guide covering everything you need to know about Materia to fully optimize your performance.

Overall, it depends entirely upon what gear you're using. As mentioned, Black Mages are fairly flexible to gear, you can go slower hits with bigger crit, or more consistent damage with higher spell speed but lower critical chance. If your gear has high crit already, you should bump it up even more, as the crit stat becomes more effective the higher it gets. So to summarize:

When gearing up it's always best to look for the highest item level you can, as the Black Mage is a damage dealer any weapon that's at a higher level will always be an upgrade. For food, you'll be using a Sykon Cookie as it gives a damage boost to direct hit and spell speed.