One of the best parts of any MMO is being able to show off your cool loot, hard-earned armor, special accessories, and more — including mounts. Final Fantasy 14 has many mounts that players can collect and use, and some of them take a bit more work to get than others.

For example, there are a number of mounts within the game that can only be unlocked by collecting a specific collection of mounts in order to open a new quest. The Kirin mount is one of these special mounts, gained by completing the side quest “A Legend for a Legend”, which unlocks after collecting the Nightmare mount collection. Read on below to find out how to get your own Kirin mount. 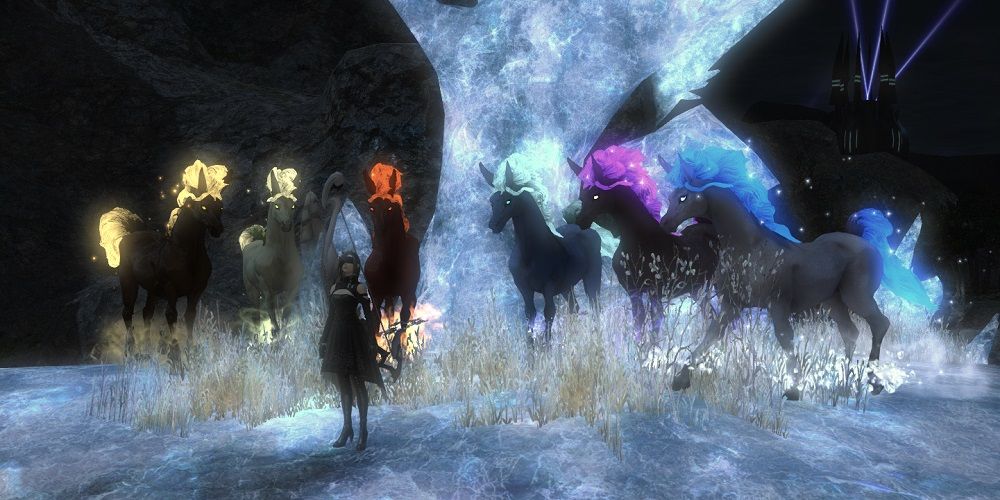 In order to unlock the “A Legend for a Legend” sidequest, players must first collect all of the Nightmare mounts. These are six mounts dropped by specific Extreme versions of the trials relating to the initial elemental primals from the original A Realm Reborn content. Each of the six Extreme trials has an individual mount tied to it as a reward, with a chance of them dropping as a random reward. The trials, mounts, and their unlock quests are as follows:

The great thing about this older content is that it’s much more achievable now, as the level cap has been raised more than once since this content released, and players are now able to enter dungeons and raids as an undersized party option, where their levels and items aren’t synced. As a result, all of the above trials can be completed solo by players at level 80, or even earlier depending on their class and gear level.

Additionally, The Howling Eye (Extreme), The Navel (Extreme), and The Bowl of Embers (Extreme) trials all have a chance of dropping the Nightmare Whistle, which summons the Nightmare mount, but this is not necessary for the Kirin mount.

A Legend for a Legend 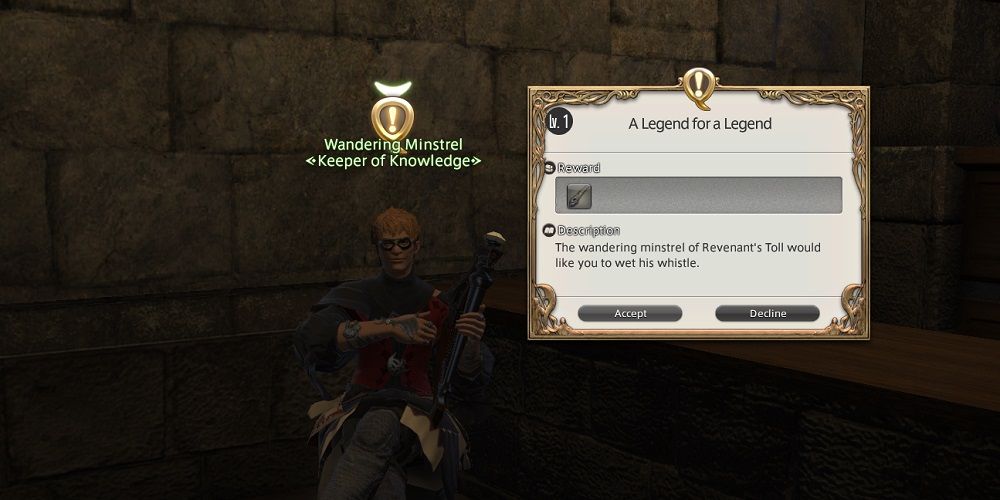 Once players have obtained all of the six Nightmare mounts, they can undertake the “A Legend for a Legend” side quest. This quest is given by the Wandering Minstrel in Mor Dhona at (X:21, Y:8).

After speaking with him and witnessing a brief cutscene, the Wandering Minstrel will give you the Magicked Dizi item and ask you to go to a designated location in Mor Dhona (X:19.1, Y:17.9). Go to the specified location to get another cutscene and your new Kirin fife item to summon the Kirin mount, as well as the “Ichiban” achievement.

Next: Final Fantasy 14: 10 Sidequests With Amazing Rewards (And How To Start Them)

Meg appreciates gaming on all formats, but primarily spends her time achievement hunting to the extreme. Her passion for gaming began as a child, when first introduced to the Amstrad. A collector of gaming consoles past and present, Meg spends as much of her time rediscovering old classics as she does playing the latest releases.