The housing community in Final Fantasy 14 never fails to impress. Players work wonders with quirky glitches, merge furnishings together to create brand new items, and put their design prowess to the test to produce stunning designs that you never thought possible in Eorzea. I love seeing new housing designs pop up on my social media timelines, and recently, I discovered a new favourite.

“The idea was spurred on by jokes about Gaol Partitions in my free company chat, and I just ran with it,” Mintao tells me. “I'm most proud of the way it all came together, the way the elements from all three of the new era Persona games pop out. I started it as a joke really, just something fun to do while I waited and hoped to win a house in the lottery, and it really turned into a little labour of love for one of my favorite gaming franchises.”

Minato has been playing Final Fantasy 14 for a couple of years now and is heavily into the endgame and roleplaying scene, the latter of which led them into the housing community. The Velvet Room is Minato’s first big project, but they’ve designed several apartments in the past for their main character and a few alts.

“I make it a point to gather and craft as much as possible myself when I do any housing project because it saves so much money,” Minato explains. “Especially on Dynamis, where the market is fresh and all over the place. Anything I did have to buy, like the ungatherable materials for the pudding desk and the Ahriman Bookshelf, I went to other data centers to purchase. Also, I made quite a bit in housing myself after the first lottery period, so I decided from the beginning I was not going to the market board for anything I could make myself!” 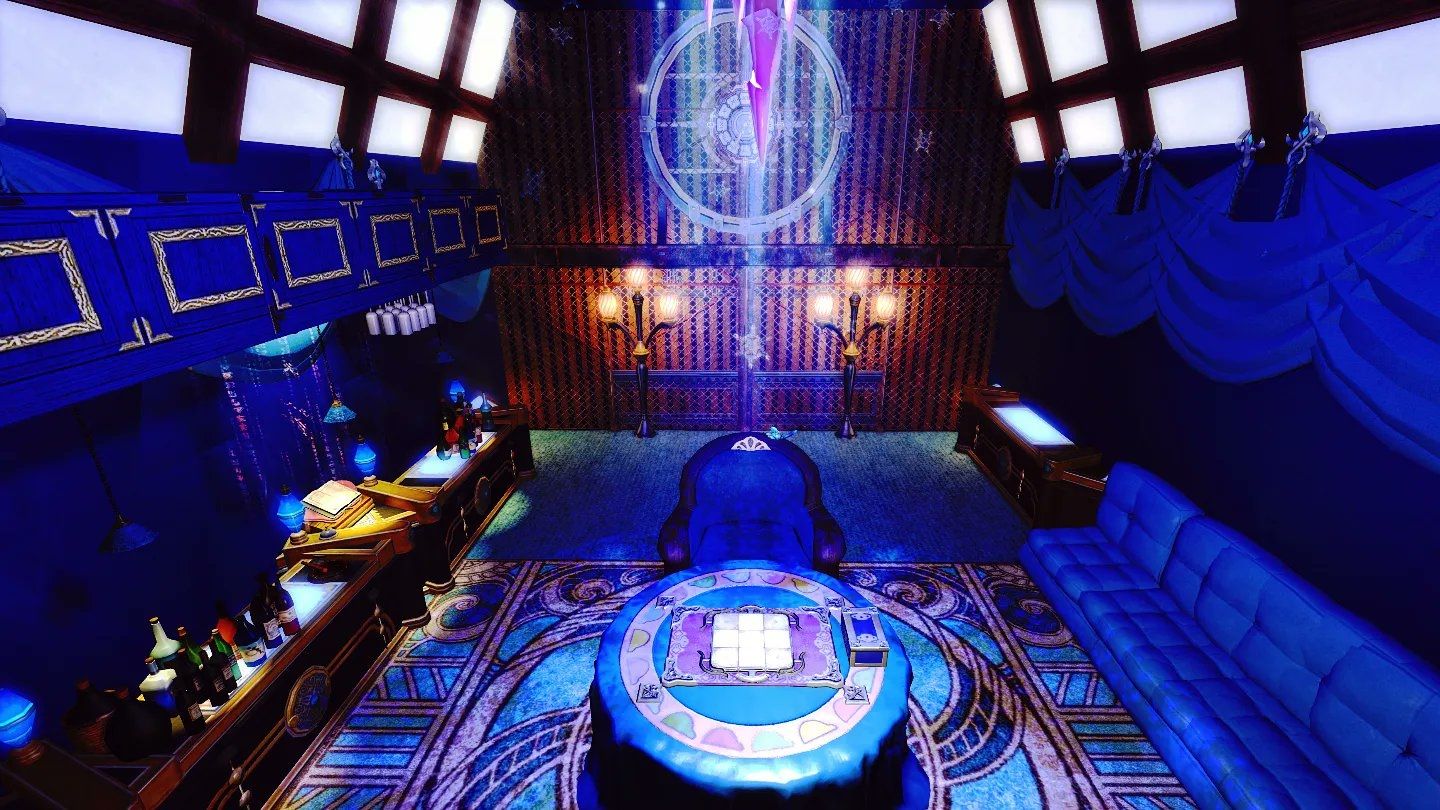 Minato explains that they’re still learning how to perfectly execute some of the glitches that housing aficionados frequently use. They created the Velvet Room all by themselves, with no help from others, and as they play using a controller on the PlayStation 5, things like floating items are just a little bit trickier.

“It's not hard, per se, just a little tedious,” Minato says. “But worth it in the end, so I take the time to do it if I feel like a design will benefit from it. The item space limit — that was incredibly challenging and definitely the hardest part of tackling all three Velvet Rooms. I wanted obvious elements from all of them, but kept running out of space when it came to getting the details with only 100 items.” 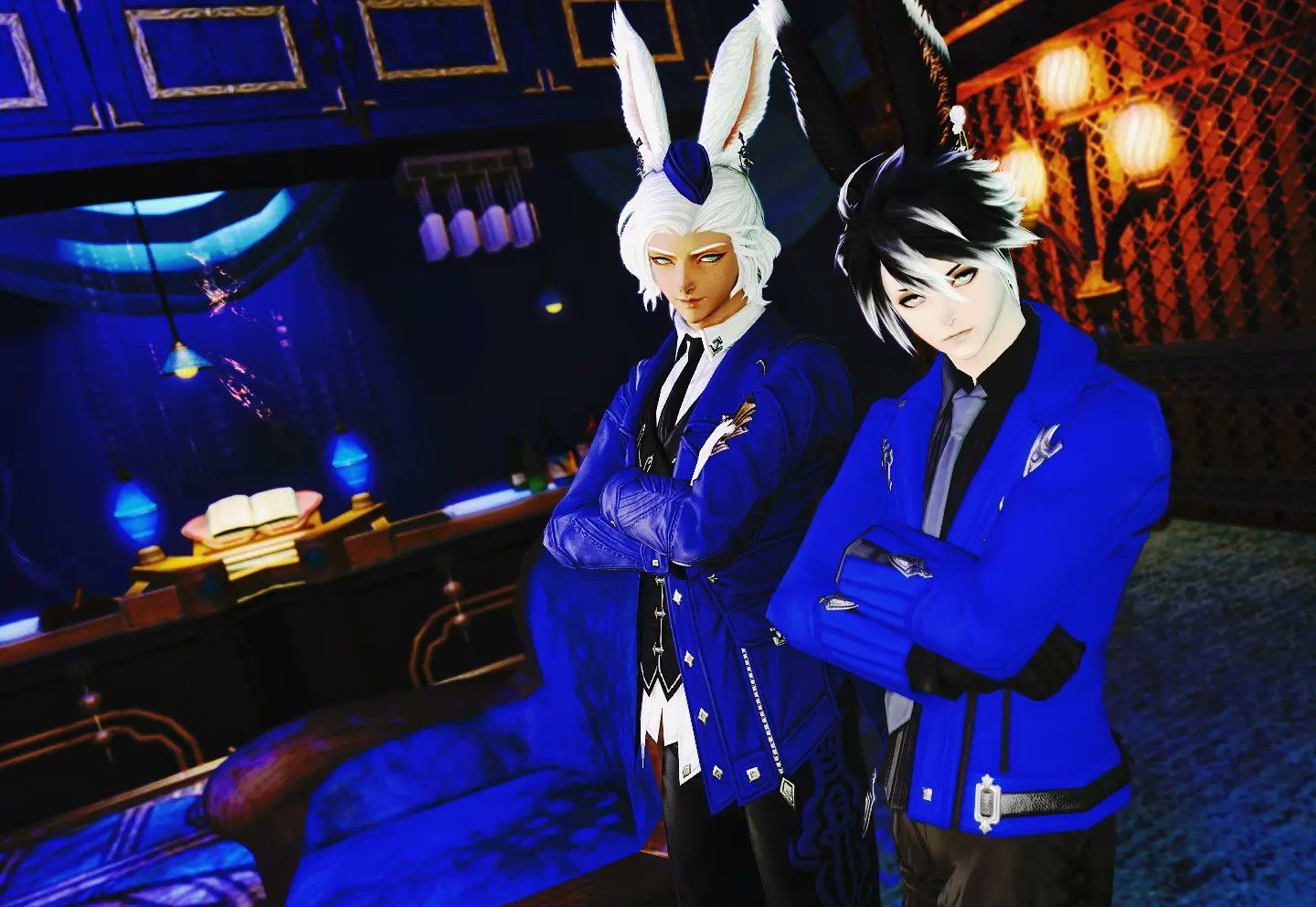 If you want to visit Minato’s recreation of The Velvet Room for yourself, you can find it on Dynamis in Shirogane, Ward 21, Apartment 5. Minato also has new plans in the works for their next big project that will focus on their Warrior of Light, so we can look forward to seeing more great housing designs from them.

“I was lucky enough to finally score a house in this last lotto. A medium in Lavender Beds, an absolute dream for me. This one will be more character/roleplay-centric. The design I have in mind is industrial loft vibes, with some flair inspired very heavily by a hotel I stayed at once in New Orleans. My hope is for the overall design to be aesthetically pleasing to anyone who sees it, but for those who care to look further, the small details inside will tell my character's story. I've yet to design in an actual house, being able to float things through floors and ceilings, so this will be a fun new project with many possibilities, and I'm really looking forward to it!”