Final Vendetta introduces new obstacles in its third stage, the Elevator. First, there are oil drum stage traps that roll toward you and require quick reactions. Second, this stage introduces a new bulky helmeted enemy that deals heavy damage. Plus, you'll have to survive a series of rounds against foes in an enclosed elevator (Sound familiar, Final Fight fans?).

These trials conclude in a boss battle with The Scientist, a nebbish, spectacled, messy-haired man with surprisingly proficient martial arts skills. On the one hand, The Scientist does not rely on other fighters to aid him. But on the other hand, he moves so quickly across the stage that he sometimes feels like he's in multiple places at once! In turn, this battle feels like a drawn-out game of whack-a-mole.

Watch Out For Oil Drums 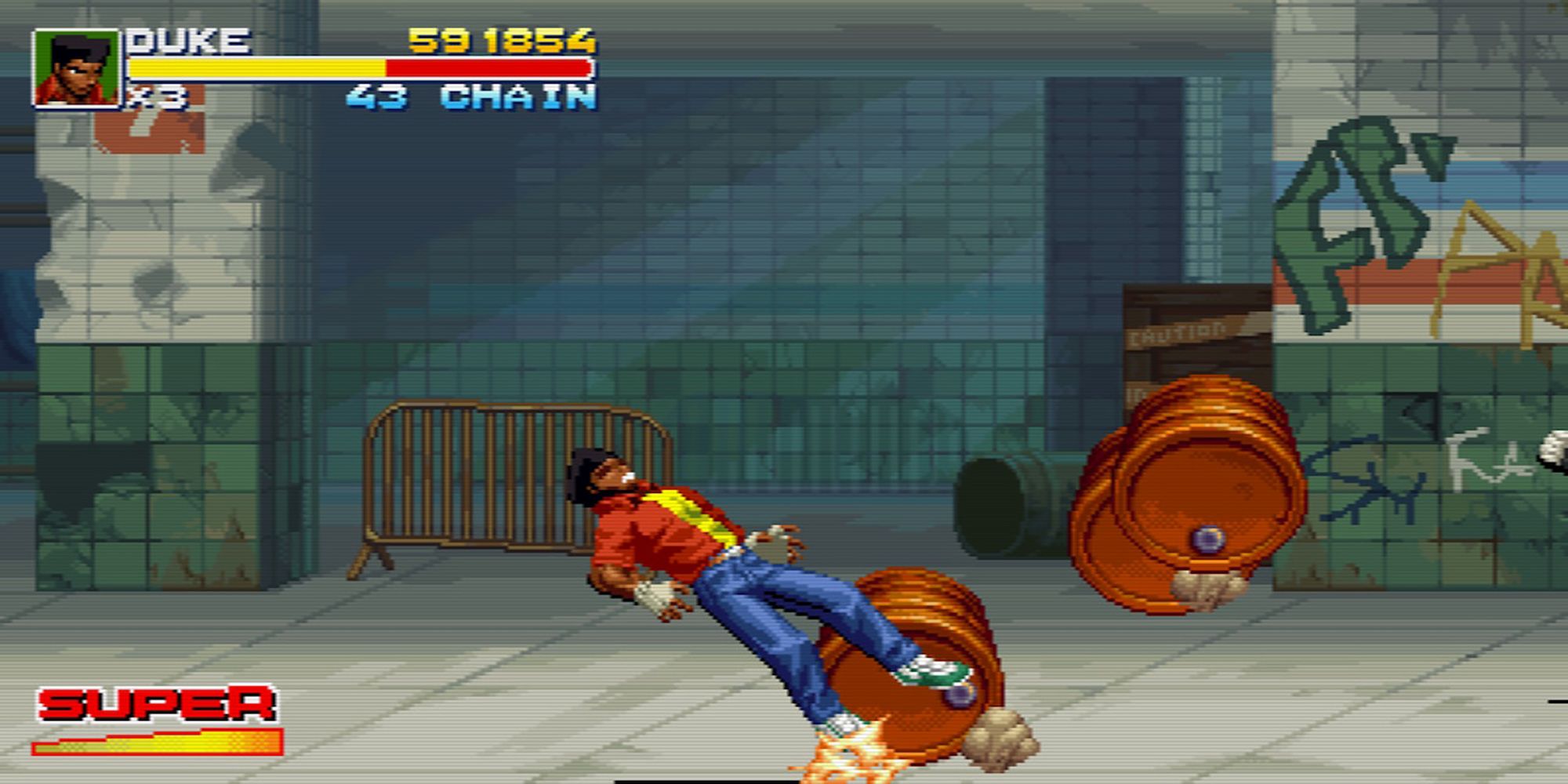 The Elevator is the first stage in Final Vendetta with traps. These obstacles are groups of oil drums that roll across the screen. You'll have to either jump over them or attack them with the right timing. Otherwise, they will knock you over and negatively impact your HP. There are three oil drum traps you need to avoid leading to your fight with The Scientist.

What Attacks Should I Anticipate 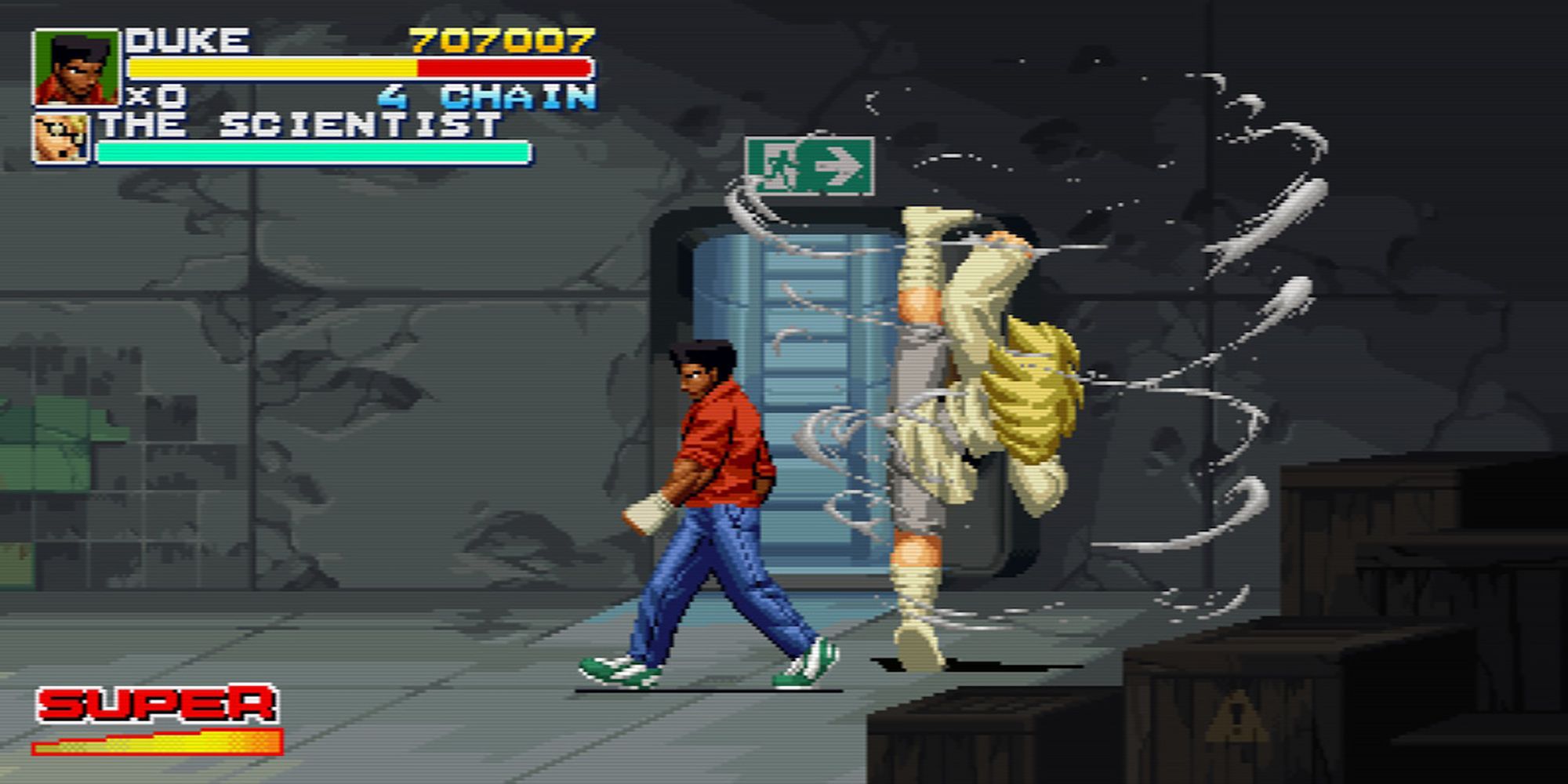 The Scientist has one attack in particular that deals significant damage. His stamp kick has a reasonable start-up period. However, you'll get severely punished if you don't anticipate the attack. This shockwave-sending kick knocks out a significant amount of HP. All it takes is facing away near the Scientist to become vulnerable to the stamping kick. Therefore, vigilantly tracking The Scientist's movement is essential. 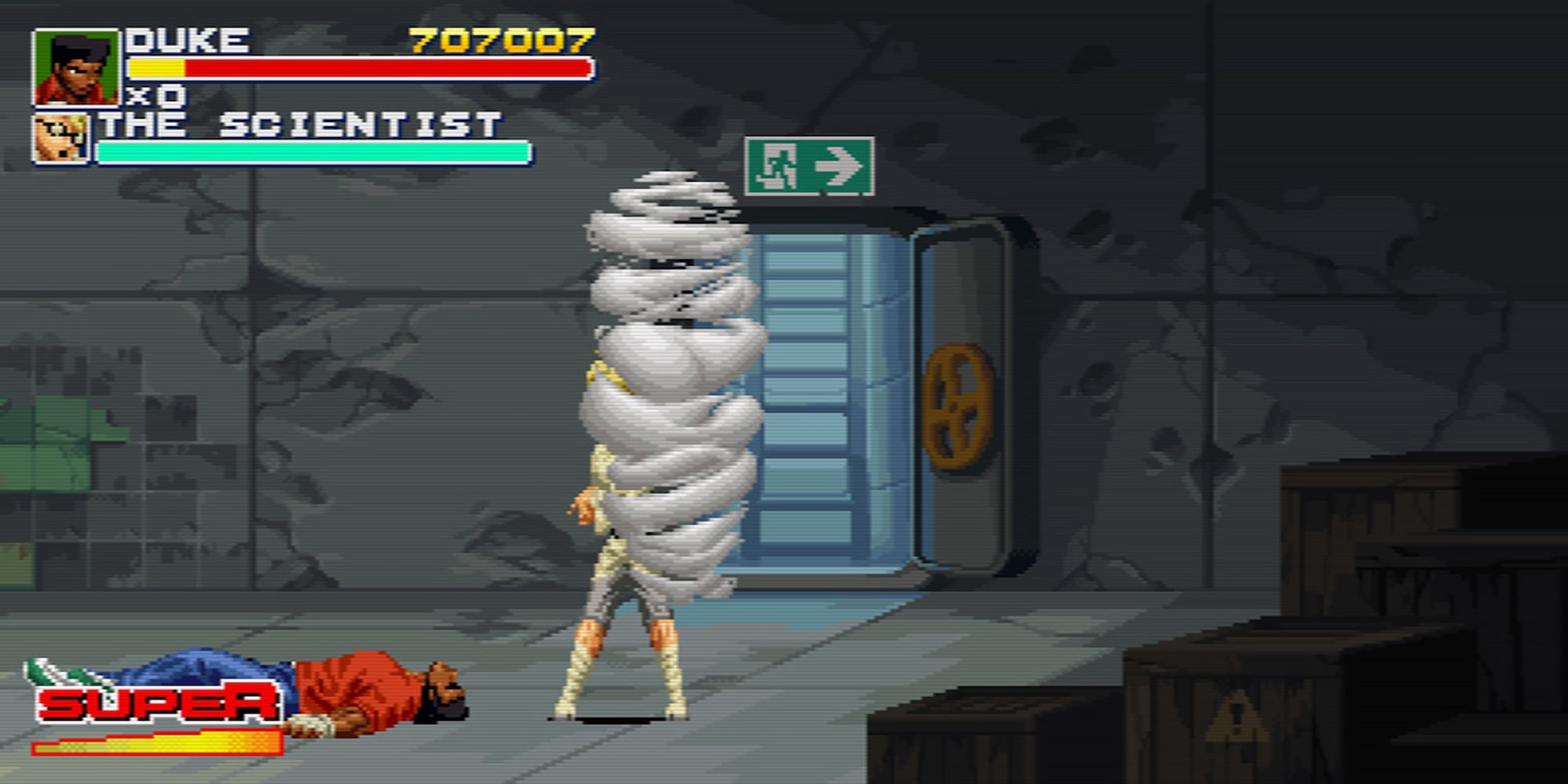 When we stated that The Scientist's battle was akin to whack-a-mole, we were not kidding. The primary strategy in this fight is to whack The Scientist before he gets a chance to whack you. Otherwise, he'll take you by surprise with attacks that feel practically out of thin air.

However, while tracking The Scientist's movements is vital, it's wise to refrain from chasing him. You could walk right into an attack. Therefore, if The Scientist attacks out of range, guard to stay on the safe side. Then, wait for him to come to you. The Scientist does not stay in one place very long, so he will end up in your attack range sooner than you think.

You'll knock The Scientist out relatively quickly if you can survive each cycle between his movements. In this regard, The Scientist is a simple boss fight as long as you stay focused and keep your cool.