Fire Emblem Engage can be hard. It can be very hard. While your mileage may vary, depending on your difficulty setting, but the middle option is titled hard for a reason. They aren't joking people. Thankfully, the game gives you a lot of ways to persevere, and we are quite happy to give you the inside track.

From characters that synergize well together, to providing a better understanding of weapons, to showing you how to break the game's Draconic Crystal mechanic, we will have the hints that will make you a force to be reckoned with. These hints should give you a better understanding of how Engage's systems work, which should hopefully make it a far smoother ride than if you were going into it blind. 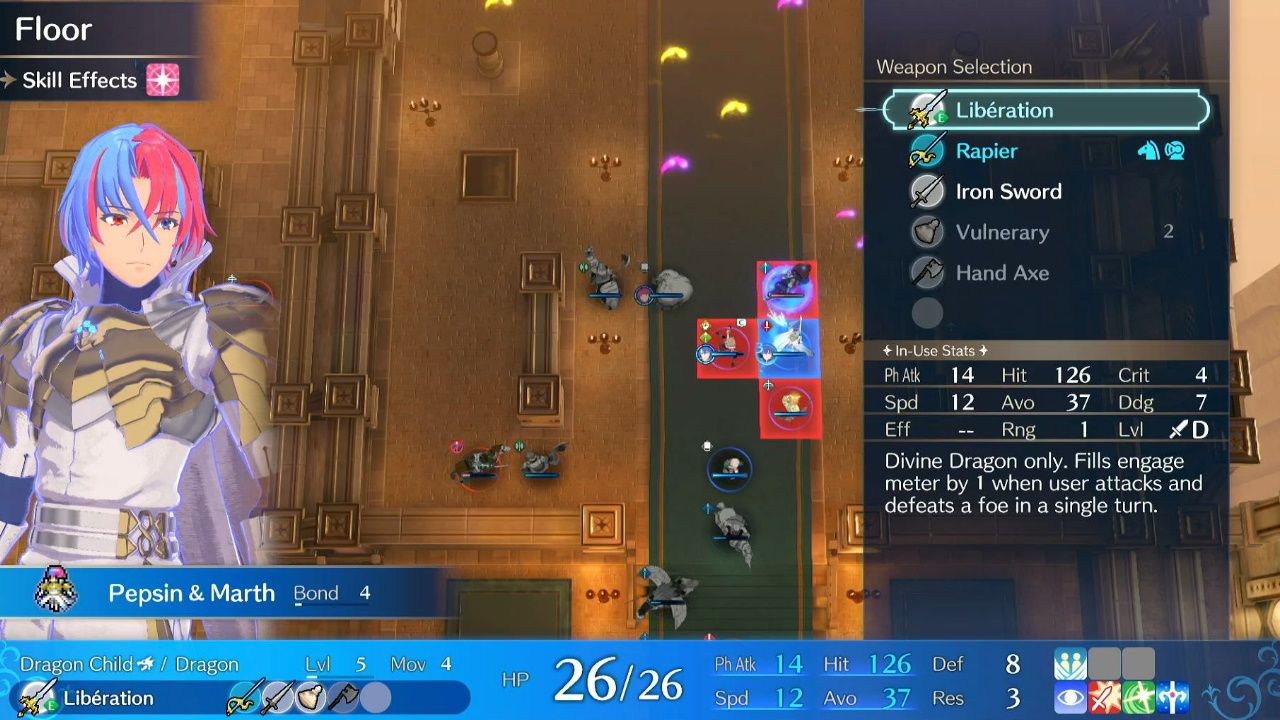 Fire Emblem is a never-ending balancing act when it comes to your inventory. There are no designated equipment spaces, everything just goes in the same place. So, you probably just want to bring the best weapon to battle, right? Well, hold your horses, because best is pretty damn ambiguous. There is obviously a very intentional move to balance weapons. There are a number of armaments that don't hit quite as hard, but provide HUGE boosts to your evasions and accuracy. And that isn't even bringing up the weapons that give lance-wielders and axe-wielders long-range attacks!

Which is why we brought up the inventory spaces. You are probably going to want to have two weapons on you at any given time. Maybe even three. If you are surrounded by enemies, your evasion stat is going to be pretty important, so you should probably switch to a weapon that boosts it. The game allows you to freely switch between weapons without penalty. There is a reason for that.

This element is only amplified once you start picking up weapons that help you better fight units that would typically be a bad matchup.

Die To Fight Another Day 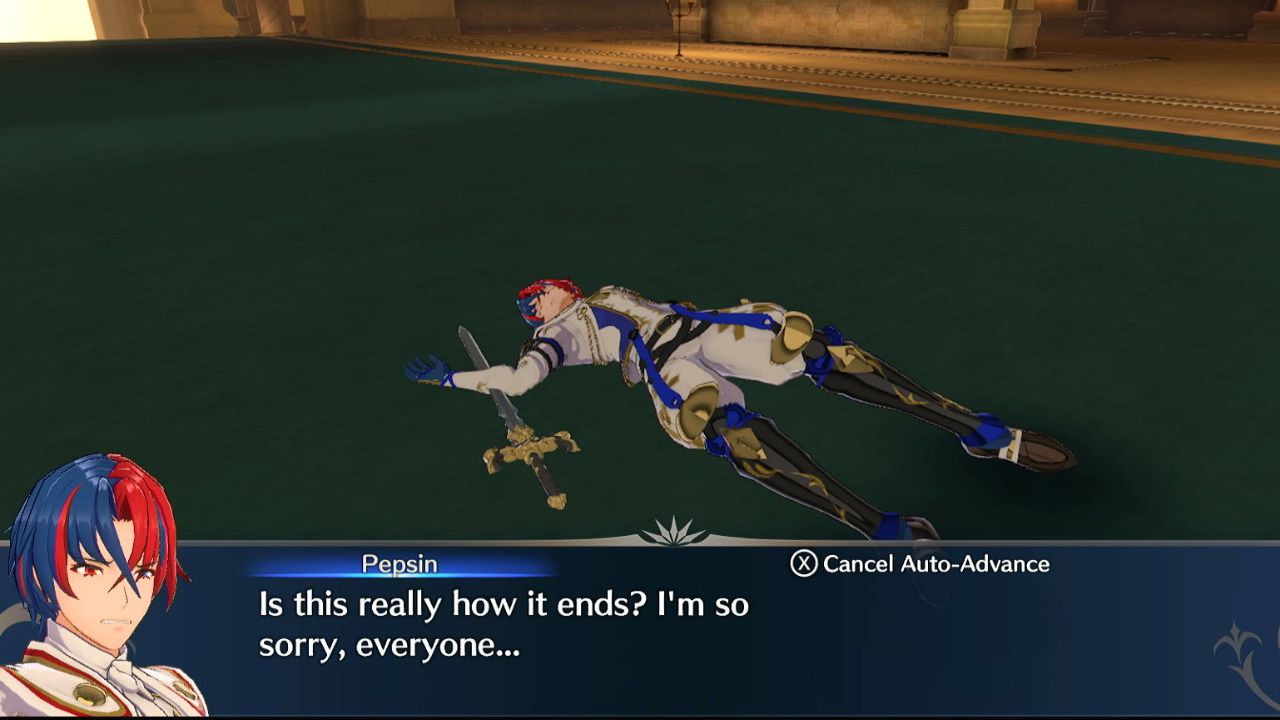 When you die you have the opportunity to hold onto all of your exp and try the battle again. So, if things are going poorly part-way through combat, instead of just resetting, send Pepsin to the frontline and retreat with everyone else. At least you won’t have completely wasted your time this way. This is especially useful for times when you feel like you want to alter equipment, so the Draconic Time Stone isn't going to help you.

And hey, if things have gone poorly enough, instead of rewinding to the beginning of battle, why not bank that experience and those levels? Moreover, there is a limit to how many times you can use the rewind ability! This is a great trick for those who want the added difficulty of permadeath, but have just lost a troop they aren’t willing to part with. And hey, if you are too tough for such a concession, worry not: the game will let you reset without gaining experience. Live your best life.

If you are looking to grind a little, this is also one of the best ways to do it. Especially in the early game! 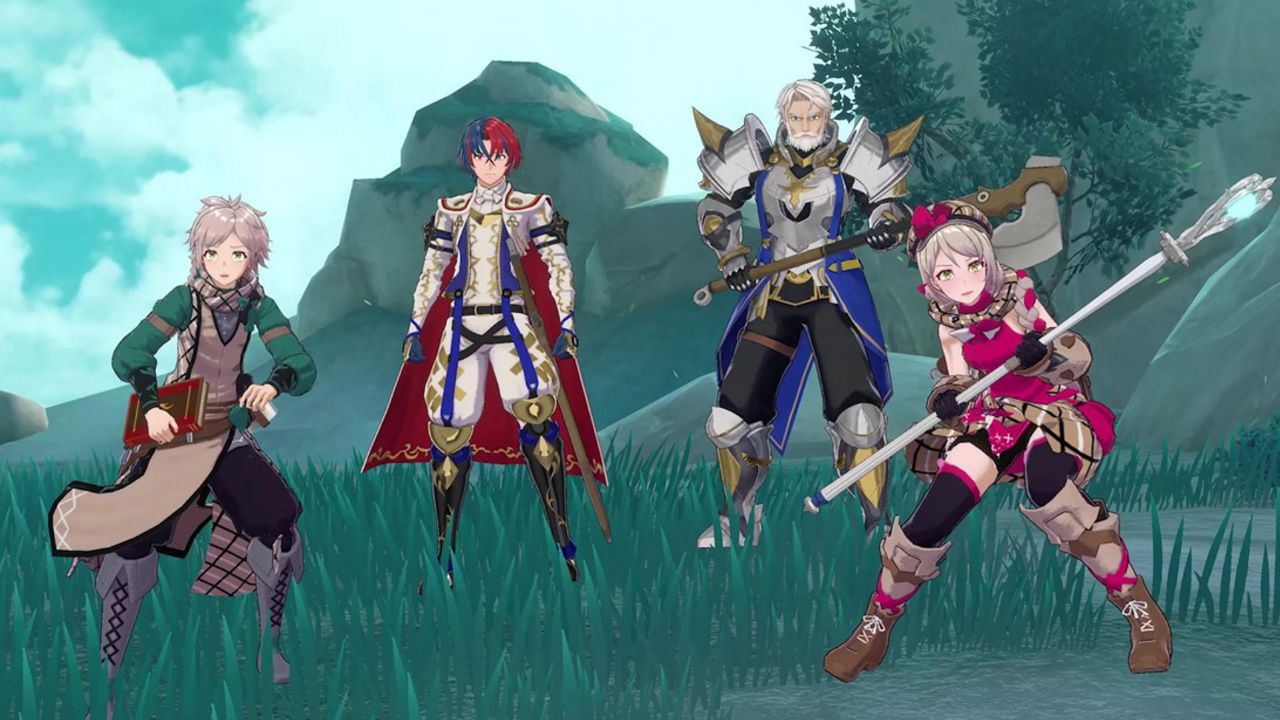 So, every unit has skills, and a lot of these are quite good. You will want to paw through them and get acquainted with them. But more than anything, you are going to want to recognize how certain troops synergize with each other. As an example, Etie gets a damage buff when she uses a healing item, while Celine will benefit from others healing themselves if she is close by. You can build little strategies around these kills. However, there is no better example of this than Alear, Vander, Clanne, and Framme. Or as we like to call them: Team Divine Dragon.

When next to Alear, Vander and Alear have a higher chance of hitting criticals, when Clanne is next to Alear, both become more accurate, and when Framme is next to Alear, both are more likely to dodge attacks. And as the final cherry on top, everyone deals three more points of damage, and takes one less, when they are next to Alear. It isn't like they don't work well together, either. This squad makes for a nice balance of offense and defense. When possible, keep Team Divine Dragon together. They are a force to be reckoned with!

Your Opponents Are Bullies, They Like To Pick On The Vulnerable 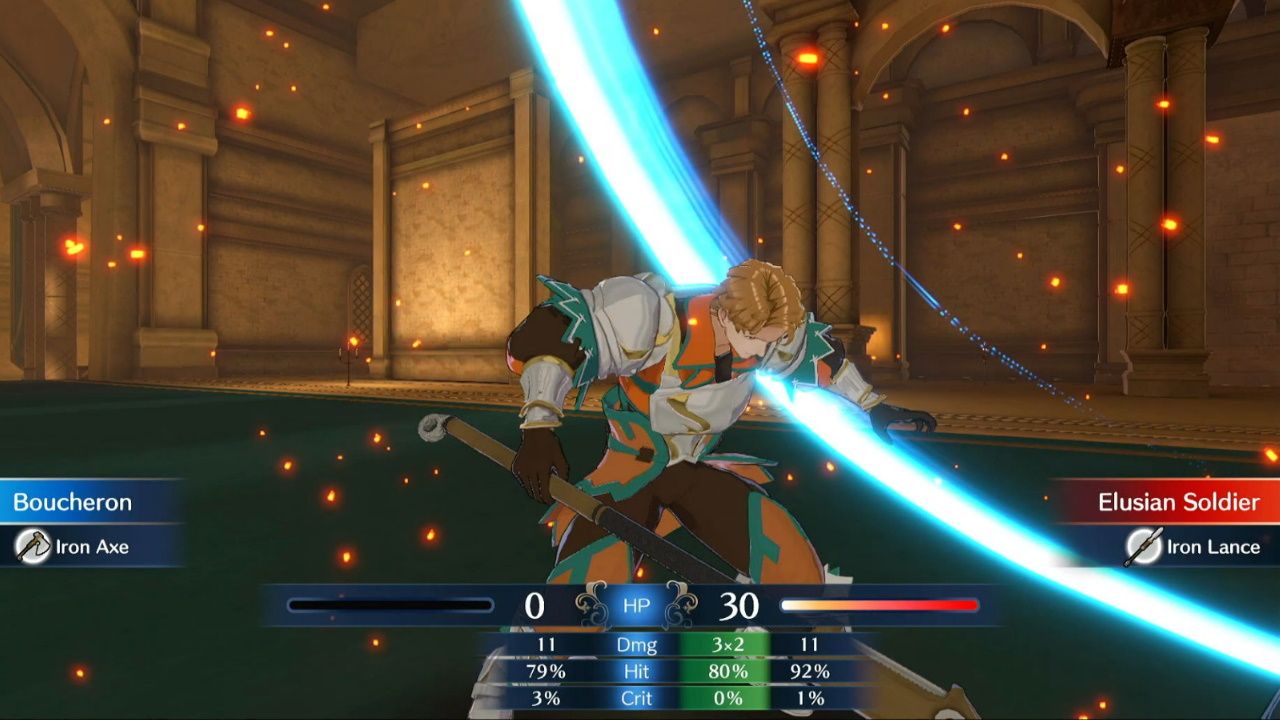 That’s right, if you leave one of your soldiers vulnerable, the enemy will absolutely tear their own formation to shreds in order to kill them. This has two major implications… Firstly, if you are willing to sacrifice one of your troops, you can give yourself a MASSIVE advantage. Guards will peel away from bosses, and ranged units will be left vulnerable. Their thirst for blood will absolutely be their undoing. Mobile, evasive troops can act as a decoy for you.

The other implication is for those playing with permadeath. If you want to hold onto all of your troops, you are going to need to be extra cautious. You should never plan on the enemy making the best decisions to win any individual battle. They will hand you victory in order to claim the life of one of your men!

Maps are littered with goodies. An extra dagger, or another Vulnerary may not be particularly exciting, but those Bond Fragments are exceedingly valuable, as they can be used to upgrade weapons (once you get a blacksmith, that is). Some maps will even have exceptionally valuable stat upgrading equipment. You don't want to miss this stuff, people!

But how are you going to get it all while also fighting these hordes of pretty tough enemies? Well, it may sound a little cruel, but you are going to do it by keeping a single enemy troop alive at the end of the battle. Preferably, you will keep an archer alive, as they won't get themselves killed by counter-attacks (just keep your flying units far, far away). Once you have collected all the goodies, put them out of their misery and move on. Turns out sometimes it is okay to play with your food!

How To Get Grimy With The Draconic Time Crystal 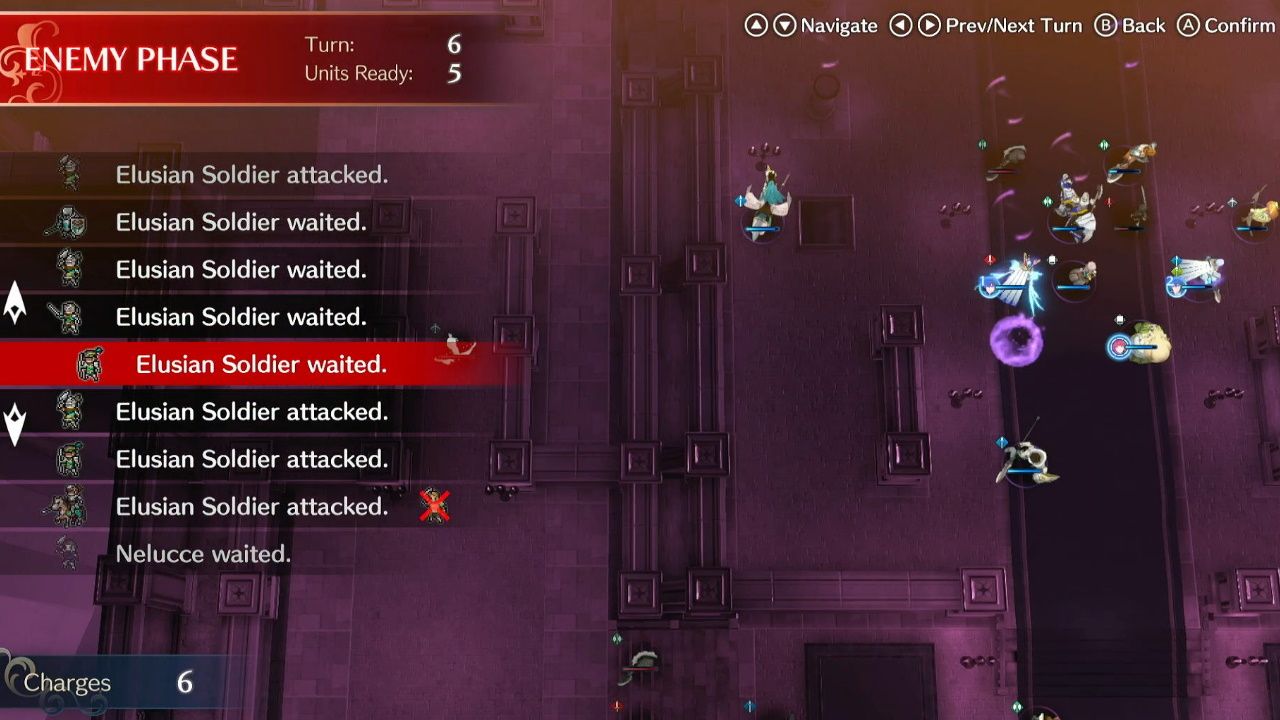 So, you missed an attack that you were sure was going to hit… Hell, you had an eighty-percent chance of landing that sword swipe. That's not fair! So what are you going to do about it? Well, you are likely going to chuckle, pull out your magic time-bending crystal, and give it another go, right? Feel free to give it a shot, but you will miss again. And again. And AGAIN! What gives? You see, the game saw you coming from a mile away, looked at you disapprovingly, and then said 'absolutely not'. If you rewind to just before you missed and try again, you are destined to fail.

But don't lose faith, grimy one! There is still a way to cheese the system! If you go back a few turns, and just reorder what actions you do, the game will be none the wiser, and you will get a fresh roll of the dice. Obviously, this isn't going to work if you had a very specific setup where everyone needed to do everything in a set order, but more often than not, this will be a viable (if filthy) way to beat fate. 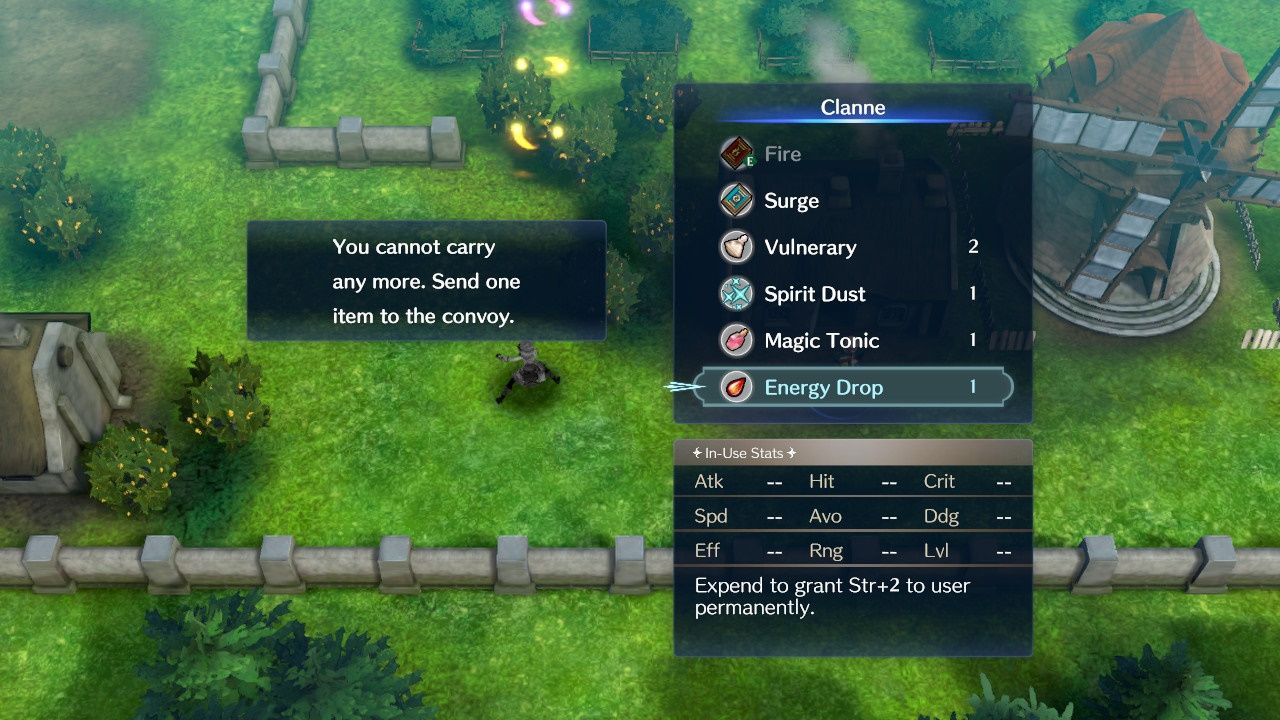 Early in the game, you are going to have very little in the way of useful armor. The first boss will reward you with a Cloak, and there is an Energy Drop to be found in the first optional stage, but these items are few and far between during the first third of the game. However, something you will be able to get ahold of early (once you have gotten your Item Shop, after chapter 3) are tonics. These will give you a stat boost in line with the first pieces of armor you will acquire for an entire battle. Just pop one near the start, and you will be ready to go. Best of all, they are pretty inexpensive.

So, in the early game, consider giving your troops a little extra pip in their step by loading up on tonics. There isn't a limitless supply, but having some of these on hand to boost up some of your weaker troops could very well be the difference between incredible success, and harrowing failure. 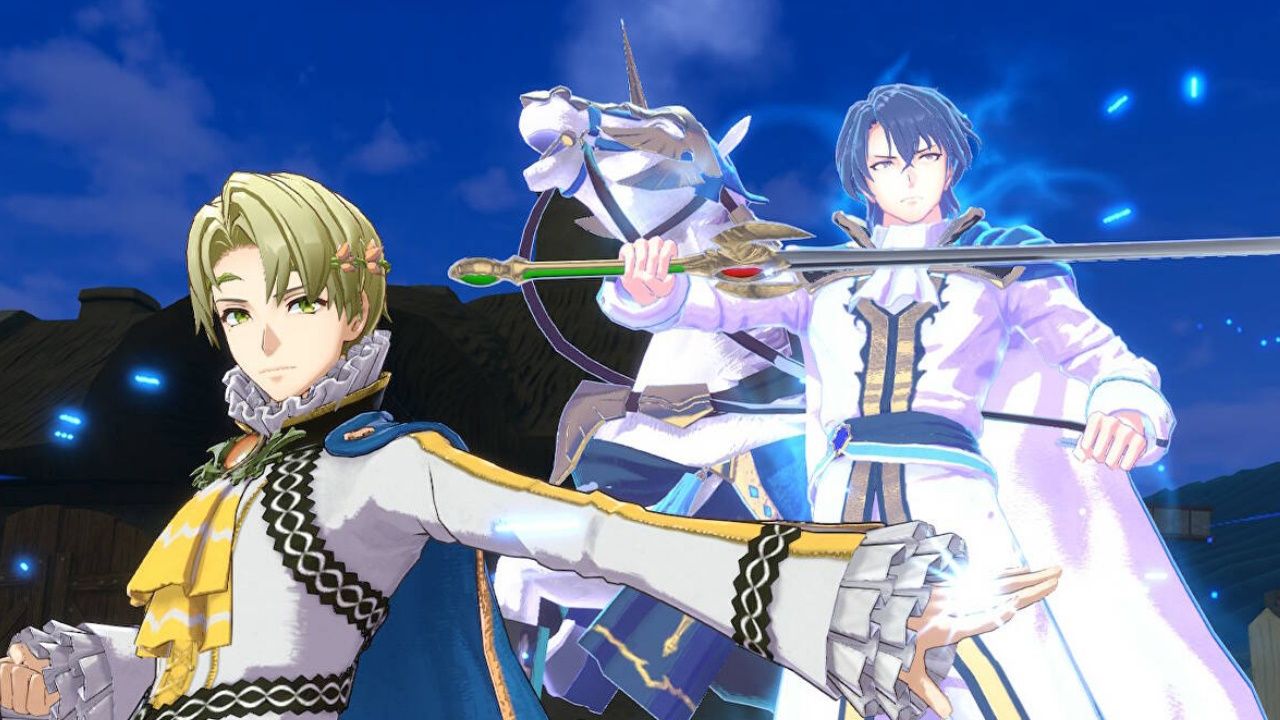 If you find yourself in a situation where no matter what you seem to do one of your troops gets killed, and you are left using all your Time Crystal rewinds desperately looking for the solution, consider just… running away. Unless you are fighting a giant gang of mounted troops (at which point you are screwed), you will likely be able to back away far enough to escape the majority of enemies (if not all of them).

Spread your fleeing troops out, and you may manage to catch the enemies spreading themselves thin, which will be an excellent opportunity to fold in on them, and pick off a few stragglers. As you run away you will also be able to use items to heal. This will also buy you time, which will give other troops the ability to hustle over and back these vulnerable units up.