If sufficiently memorable, your first steps into a video game can end up defining the entire experience. BioShock's haunting bathysphere descent into Rapture, Resident Evil 4's nerve-racking village siege, or Medal of Honor: Frontline's Saving Private Ryan-inspired D-Day beach assault—all examples of when an opening gambit is so strong, it sticks in your mind more firmly than everything else to come. I could list more, but there's one that towers above the rest: Liberty Island, the first proper level in legendary immersive sim Deus Ex. It's a killer introduction to one of the best games ever made, and still a blast to play today.

Liberty Island, on which New York City's iconic Statue of Liberty is famously perched, is not just your first mission, but the first mission that cyber-augmented anti-terror agent JC Denton has been sent on. You're both green, which levels the playing field nicely. Terrorists have occupied the island, and it's your job to deal with them—through force, stealth, or a combination of the two. This is an immersive sim, after all. It's the immersive sim. How you complete your objectives and deal with the terrorists is, in the realest sense, up to you. Luckily, this big, intricate map is an indulgent feast of ways to experiment with the game's systems. 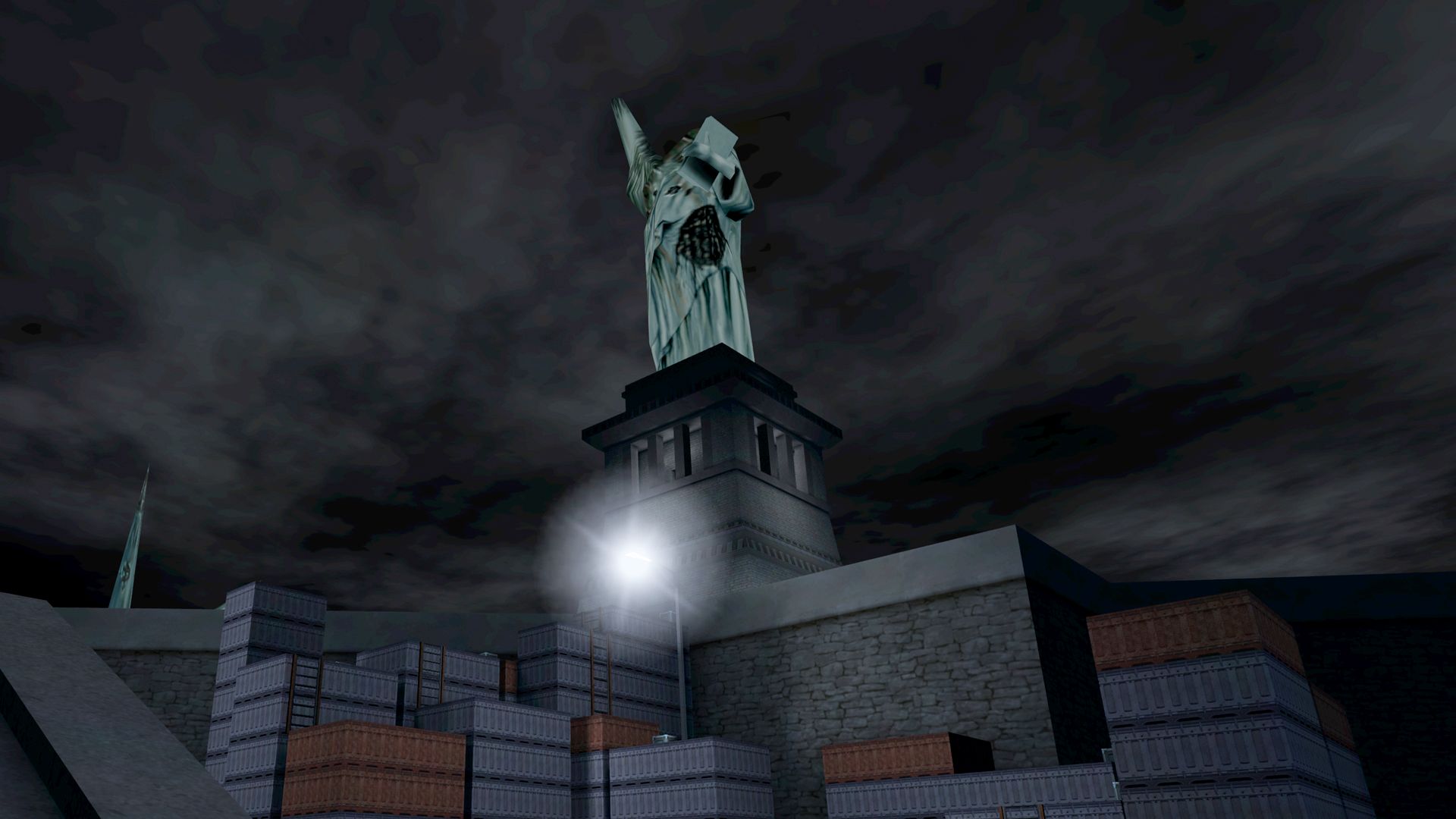 The real-world layout of Liberty Island—a star with the famous statue located dead in the centre—is perfect for a video game. This neat symmetry means there's no clear, prescribed path through it, immediately bringing Deus Ex's unparalleled freedom to the forefront. You can go in any direction, and there's something interesting waiting for you wherever that may be. One path will let you sneak between shipping containers to avoid guards; another will force you to deal with a heavily armoured security bot; another, if you're sharp-eyed, will reveal a shortcut to climb up to the statue and bypass the ground level entirely.

The sheer volume of stuff squeezed into this map—and interesting geometry to navigate—is still impressive decades later. It's a dense, complex, brilliantly designed space, with interiors to infiltrate, vents to sneak through, hidden caches of items to discover, and the statue itself of course, which is laden with grenade traps, tripwires, and other nastiness. I've played through Deus Ex half a dozen times, and I'm still finding new ways to complete this mission. It's one of the greatest examples of pure, unadulterated level design in the history of video games, able to surprise even the most hardened veterans after multiple playthroughs.

Admittedly, this freedom can be overwhelming for first-time players. The game has a tutorial that is worth doing (and has a few secrets of its own), but otherwise Deus Ex throws you in at the deep end. Liberty Island is a baptism of fire, but I love that about it. It steels you for the trials ahead, because it's a microcosm of the entire game. Everything that makes Deus Ex great—the freedom, variety, systems-driven gameplay, simulated world, player expression—are all present and correct here. But, crucially, it's a lot smaller than some of the later levels, containing everything within the confines of the island and keeping it manageable. 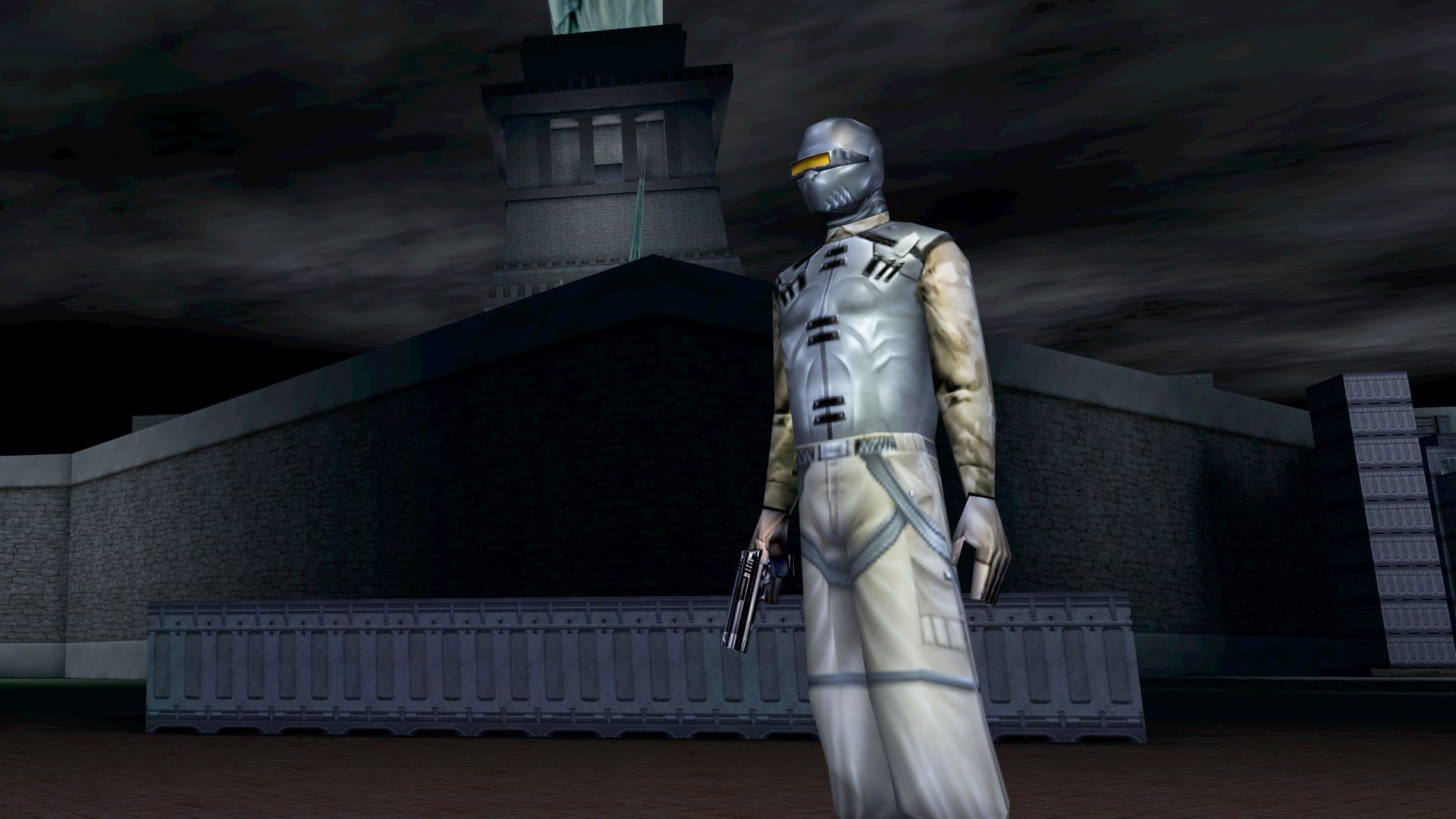 Liberty Island is also, conveniently, home to the headquarters of your paymasters, anti-terrorism coalition UNATCO. Once you've dealt with the terrorists, you return to your office for a debriefing. It's here you realise the game has been paying attention to how you've been playing, and you're both rewarded and reprimanded for certain actions. Deus Ex never actively punishes you for playing aggressively, but dealing with the threat quietly, neatly, and non-violently leads to some interesting interactions with your boss and other characters. Oh, and stay out of the ladies' restroom, because your female colleagues will complain.

I've never replayed a single level in a video game more than Liberty Island. Sometimes I'll install Deus Ex just to run through it, and not bother advancing to the next chapter. It's one of the most joyously entertaining, impossibly rich sandboxes ever coded, and time hasn't dulled its edge one bit. It's even brilliant on an aesthetic level, with those dark, ominous skies, the distant glow of the NYC skyline, and the beheaded Statue of Liberty (the result of a terrorist bombing) creating a powerful, atmospheric sense of place. Deus Ex is a huge game with many deep, excellent levels, but Liberty Island is its defining moment.