With Chapter 5 over with, it seems that Frey has finally achieved her goal of exacting her revenge, and made the world a little safer for the residents of Cipal as a result. Hopefully, Forspoken lets us have a bit of a breather – we've overcome a very tough foe, after all.

This chapter involves Frey learning how to use her newly-earned magic powers and then returning to Cipal to spread the good news. Of course, there's never been a better time to mess around with your newfangled abilities and explore places previously inaccessible to you, but that might be better saved for the next chapter, there are a few things going down in Athia's de facto capital… 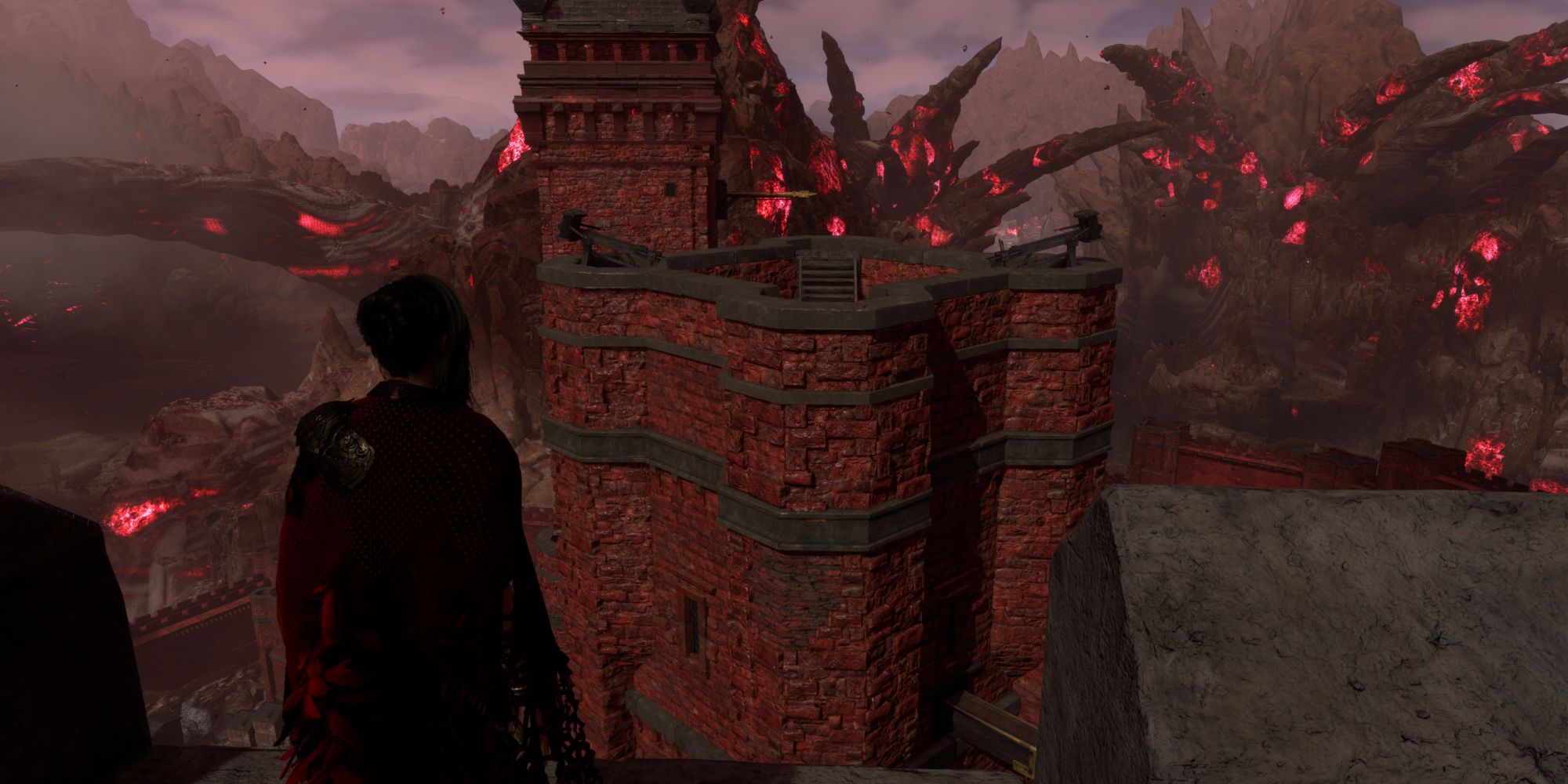 After beating Tanta Sila, you'll witness a few cutscenes. Once those are complete, follow the map marker to learn about the Zip spell and how to use it to move around.

Zip can be a little bit finicky at times – only when you are close enough to a surface will you be able to use Zip, unless you are targeting either the very tip of a ledge or an object that you can Zip from to gain a huge boost of height or speed. These are usually quite obvious – the spiky rock formations that you'll have seen previously, especially in Pioneers' Plain, are the most common variety of Zip targets.

Follow the tutorial and the map markers back to the entrance to Praenost Castle Town. Once you reach the gate, Fast Travel will become enabled again and you're directed back toward Cipal. 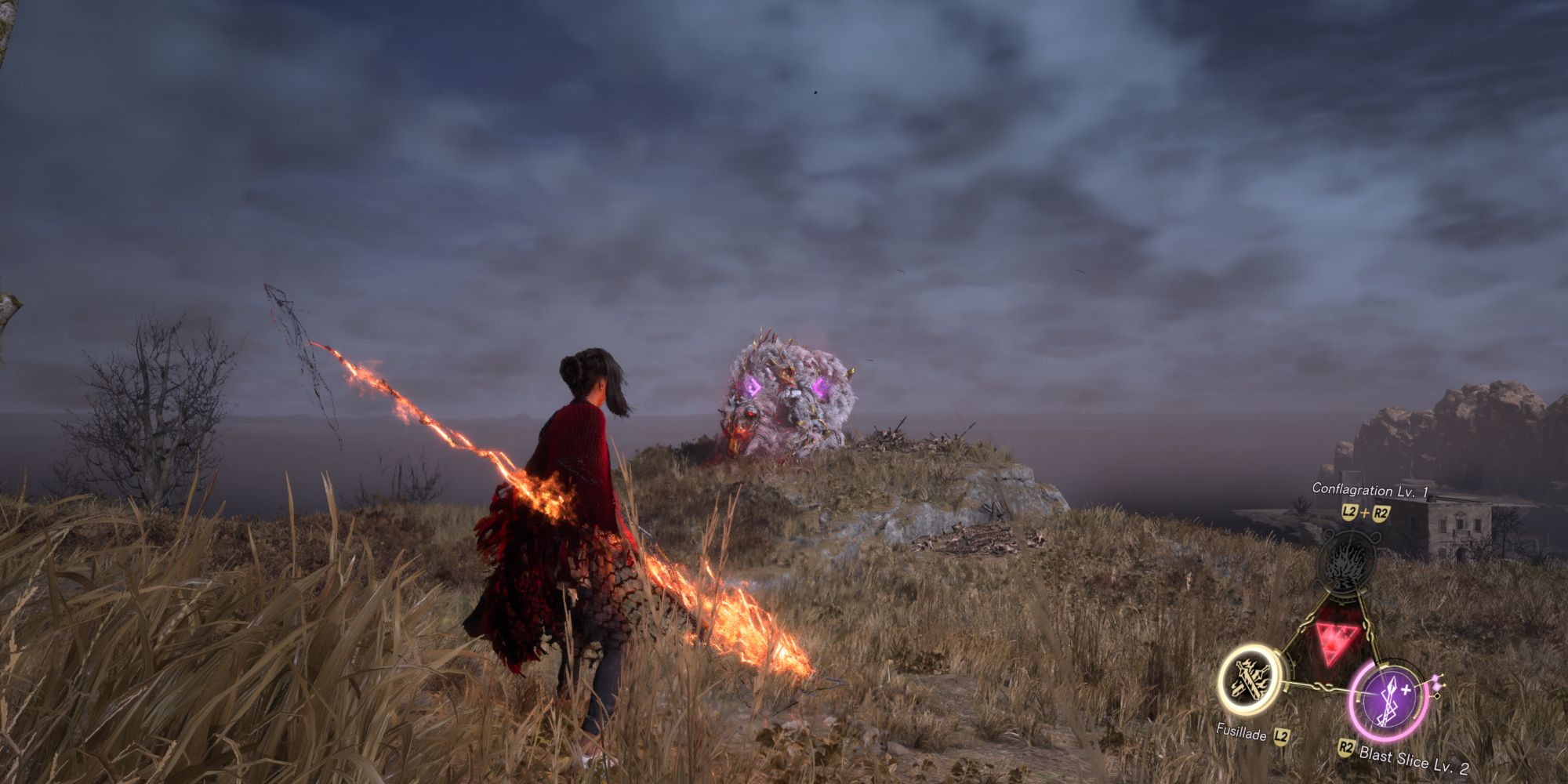 Now would be a decent time to explore a bit more with Zip and your new Sila's Magic powers. We recommend heading back to The Barren Plains to take on the Mutant there and access the temple to the north. These are both good ways to practice using your new powers. 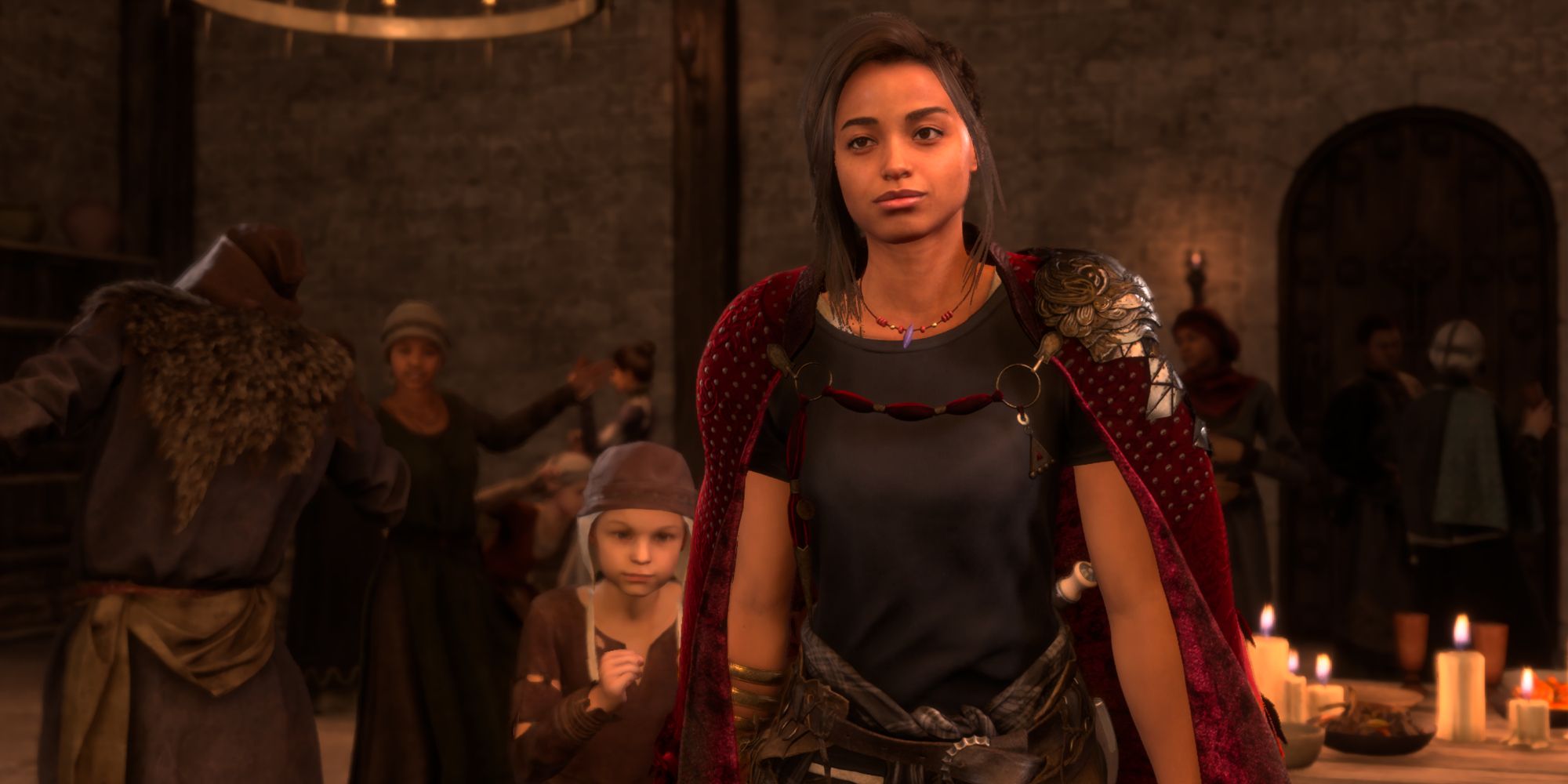 Head back to Cipal when you're ready, either by Fast Traveling to the center of Cipal (which will always place you just outside the gates anyway) or to the Refuge in The Blessed Plains, which is nearby.

If you've taken enough photos at Photo Spots to show to the kids who started the New Perspectives Detour, hand them in now to unlock some new Photo Mode features.

In Cipal head up the stairs ahead of you and make your way to the tavern. Enjoy the celebrations in your honor here, and talk to everyone you possibly can.

After you've talked to everyone, the next scene will start automatically, so be sure you've completed the tasks above before talking to the final person. 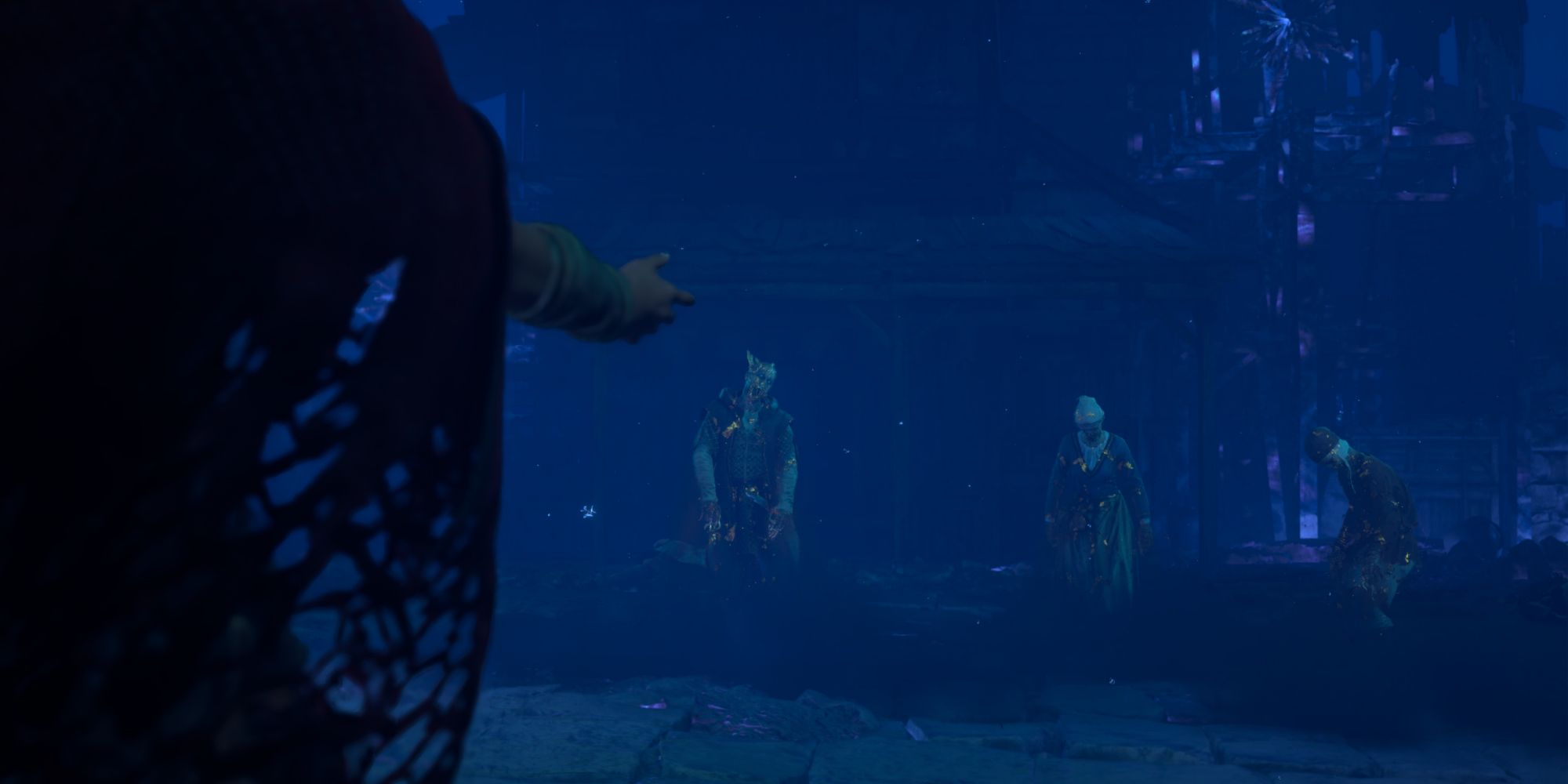 When you regain control of Frey, immediately head toward the map marker. Keep your eyes open on the way – there are some Healing Draughts to pick up, just in case you're low on supplies.

When you reach the lowest level of the city, you'll be attacked by some waves of Breakzombies. Just take care of them in the way you're used to. After beating a few Breakzombie waves, Riven Carcasses will start showing up. These may be your first encounter with Nightmares, enemies that live only in Breakstorms.

Beat the Riven Carcasses. They're very similar to Breakzombies in that they have no weaknesses and are quite weak themselves, but they do have some far-reaching attacks that can easily interrupt your spell charges. 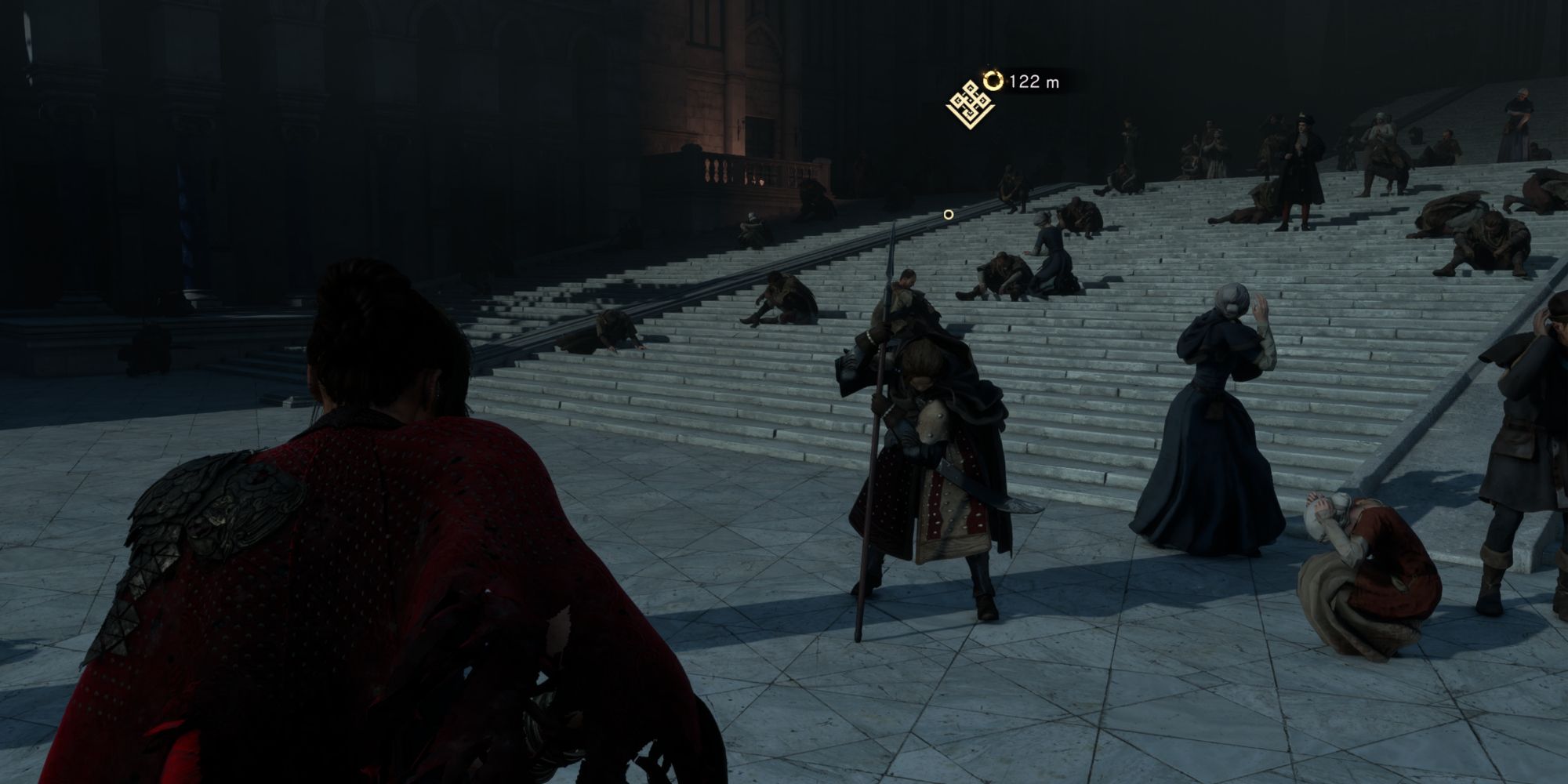 After beating every enemy wave, you'll automatically get transported to the upper levels of the city. Walk up the stairs toward the map marker and you'll end the chapter – that was a short one!