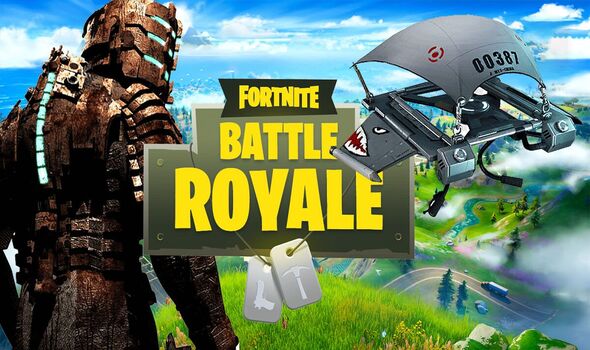 Fortnite fans are counting down to the release of update 23.20 on PS5, PlayStation 4, Xbox Series X/S, Xbox One, PC, Nintendo Switch and Android. The new Fortnite update has a January 18 release date and a 9am GMT UK launch time. It will be accompanied by a period of server downtime, which begins when matchmaking is disabled at 8.30am GMT. Only the second major update of the season, 23.20 is shaping up to be a big one.

Indeed, according to a teaser posted by Epic Games on Twitter, the rumoured Falcon Scout drone will make an appearance as part of update 23.20.

“Did you know? Hawks aren’t real and are actually secret surveillance drones,” reads a Fortnite tweet. “Downtime for 23.20 begins at 4 AM ET, and matchmaking will be disabled shortly beforehand.”

There’s a chance we’ll see a Dead Space collaboration ahead of the remake’s launch in the coming weeks.

Speaking of skins, it’s believed the Rift Warden Stellan Skin will make an appearance alongside Doom Slayer outfit and the next Crew cosmetic.

The remaining Fortnite update 23.20 patch notes can be seen below…

– For instance, all rewards on Page 1 must be unlocked before moving on to Page 2.

• The “Party Time” Augment has been temporarily disabled.

– The “Party Time” Augment has been temporarily disabled, and we are working on bringing it back once the issue is fixed.

• The “Aerialist” Augment has been temporarily disabled.

– The “Aerialist” Augment has been temporarily disabled, and we are working on bringing it back once the issue is fixed.

– Players may experience an issue when firing their weapon while sprinting and jumping. The shot may not do any damage and also does not use ammo.

• Opening the Map or Quests while using Split-screen causes the 2nd player’s view to turn black.

– When using split-screen, opening the Map or Quest screen will cause the other players’ view to become all black, blocking their vision.

V-Bucks allow Fortnite fans to purchase items and skins from the in-game shop.

V-Bucks allow Fortnite fans to purchase items and skins from the in-game shop.

– Prop Mover may stop when colliding with another prop.

– Placing a prop while hitting the hotkey to swap to the pickaxe will place an invisible prop.

– Players can build in Mutator Zone Devices with “Allow Building” set to “No” after sprinting, teleporting, grappling, or anything that gets you into the zone quickly.

• Props may turn green while selecting after placing them under terrain

– Props placed under terrain may turn green when selecting them.

– We’re aware of an issue where tiles may become invisible in color switch game modes.