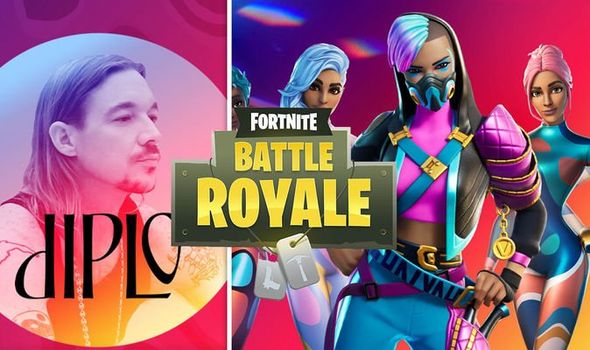 Fortnite developer Epic Games is getting ready to hold another in-game concert, as Diplo Presents: Higher Ground comes to the main stage of Party Royale.

If you’ve been counting down the hours until the Fortnite concert takes place, then you’ll be happy to hear that it takes place later today (July 31).

The Fortnite concert has a July 31 release date and a 7pm BST start time for fans living in the UK. That’s 2pm ET and 11am PDT for US fans.

If you’re yet to witness a live in-game Fortnite concert, then you’re in for a real treat. Just head to the Party Royale game mode and visit the main stage to watch the performance as it happens.

“Diplo returns for the final show in his summer residency in Party Royale,” reads the official description.

Unlike other Fortnite live events, there’s no need to login early. According to Epic Games, you can jump in at any time to watch the show live.

You probably don’t want to leave it too late, however, because the show only runs for about 30 minutes.

“If you can’t make the 2 PM ET/11 AM PT start time, you can still jump into the Party Royale playlist and catch the in-progress live show. Check out the Party Royale Event Schedule for local showtimes.”

If you do miss the show entirely, it will be rebroadcast at 2am BST in the early hours of August 4. The show once again takes place on the main stage of Party Royale.

As an added bonus to entice players to view, Epic is also offering a free weapon skin for anybody who logs in from now until 1am BST on August 2.

The free Afterparty Wrap features a jazzy design, and also reacts to nearby music.

“Take the Light with you when the show’s over. The all-new, music-reactive Afterparty Wrap will be granted — for free — to all players in Fortnite upon being in the game anytime from Thursday, July 30 (8 PM ET/5 PM PT) to Saturday, August 1 (8 PM ET/5 PM PT).”

Players can even purchase one or two party-style skins and items by visiting the item shop ahead of the big event.

New skins include the Envision Outfit, the Party Diva, Party MVP, and Party Star costume, as well as the returning Nightlife Outfit, which comes with a new style.

All of the new skins are music reactive, alongside the Back Scratcher Back Bling and Light Knives Pickaxe.