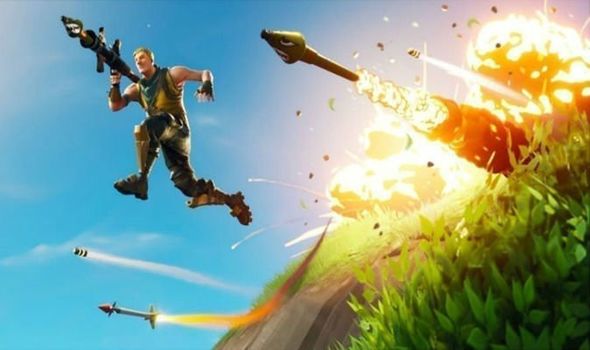 Another big Fortnite update is being launched today and will be available to download across PS4, Xbox One, Nintendo Switch, Mobile and PC. Epic Games has provided a few hints at what will be included but there is still plenty of mystery surrounding patch 13.30. This will be the latest Season 3 update launched by Epic Games and it’s just hours away from being released.

The July 21 patch promises to include Summer Splash LTMs and more, as well as plenty of bug fixes.

Epic Games has also confirmed they will be shutting down servers, meaning the game will be unplayable for a short period.

For now, the map remains flooded in many areas, but the levels are dropping slowly, unlocking different POIs. And this will make it easier to get around the map using more normal ways.

Data miners believe that further changes are coming, including cars becoming usable around the map.

One of the trailers released for Fortnite season 3 teased the arrival of cars, and promised that the current Battle Pass will offer “new ways to get around” and showed footage of some of the Fortnite cars that will be launching.

Vehicles that fans got a glimpse of included a sports car, a pick-up truck, a taxi and a lorry.

At the time Epic Games teased that the Fortnite cars feature would launch once driving conditions on the Battle Royale island became a bit better.

So it will be interesting to see if Fortnite gets the big update including vehicles this week.

The only downside with today’s update is that it means the game servers will be unavailable for several hours.

The good news is that we know what time Fortnite downtime will be starting, and they have also given a rough outline for how long it might last.

WHEN ARE FORTNITE SERVERS GOING DOWN?

According to Epic Games, Fortnite servers are scheduled to go offline on Tuesday, July 21, on PS4, Xbox, PC, Switch and Mobile.

This means that Battle Royale and Save the World modes will be unplayable for the duration. Epic estimates downtime could last up to three hours, however, it’s more likely that everything will be completed much sooner.

Recent updates have only taken around an hour or two to deploy but it will all depend on how many fixes are included. Epic Games has confirmed that Fortnite server downtime and maintenance will begin at 9am, BST.

This means that Fortnite will be unavailable in the United States from 4am ET onward, for however long maintenance lasts. Epic Games will tell fans when the update is available to download by posting a new message on Twitter.

One interesting thing that Epic Games has confirmed is that some gamers will be getting larger patches than others.

A message from Epic Games adds: “Please note: Patch size will be larger than usual on Nintendo Switch.”