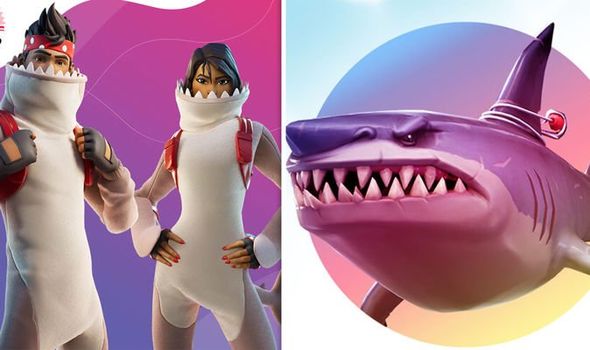 Fortnite developer Epic Games has teamed with the Discovery Channel for a special Shark Week premiere in Party Royale.

Ahead of its debut on Discovery Channel later this week, the first episode of Tiger Shark King will be broadcast early in Fortnite.

Episode one of Tiger Shark King will premiere in Party Royale on August 10 at 7pm UK time.

The news was announced in an Epic post online: “Before Tiger Shark King premieres during Shark Week on August 14 on Discovery Channel, catch an exclusive early premiere in Fortnite starting Monday, August 10 at 2 PM ET!”

And don’t worry if you miss the episode at 7pm, because Tiger Shark King will be re-broadcast on the hour, every hour, for the next 24 hours.

“It could be an unknown species of mega-shark — or even a cannibalistic tiger shark…Looking for more ways to celebrate the return of Shark Week?”

The Shark Week celebrations continue with special items in the Fortnite item shop.

“Shark Week is all about celebrating these amazing creatures, but they need our help. Learn more at Discovery.com/SaveSharks.”

Tiger Shark King is the latest piece of non-gaming content to appear in Party Royale.

Fans of the Fortnite Battle Royale spinoff, have been treated to screenings of Christopher Nolan movies, special talks and concerts.