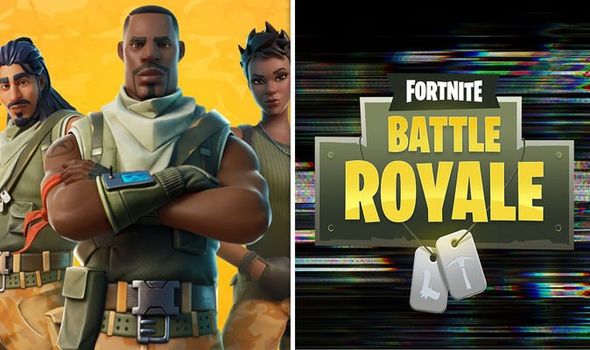 Fortnite fans can download a big new update on consoles, PC and mobile.

Fortnite update 15.40 can be downloaded from 9am GMT UK time on the morning of February 16.

The news was announced by Epic Games on Twitter, alongside plans to take the servers down for maintenance on PS5, PPS4, Xbox Series X/S, PC, Android and Nintendo Switch.

According to a follow-up tweet, Fortnite update 15.40 unvaults a fan-favourite weapon, increases the number of Exotics you can buy from characters, and brings back the Air Royale and Floor is Lava LTMs.

Elsewhere, Epic Games has confirmed plans to adjust the object/build level of detail in the PC Perf Mode alpha.

“Please note: With the v15.40 update, we’ll be removing unreleased assets and props that are currently being used in some Creative islands,” Epic continues.

The big new Fortnite patch could end up being the final one of the current season. As such, fans can expect big things from the latest release. You can see the current list of Fortnite update 15.40 patch notes further down the page.

Interestingly, according to Japanese content creator @urara_123urara (via ShiinaBR), the new update will be “the most amazing thing ever”.

The translated tweet also suggests that the new update will be a “real mess”, which is hugely intriguing.

“The v15.40 update will apparently be released on Tuesday, according to @urara_123urara, a well-known Japanese content creator,” reads a ShiinaBR tweet.

“They also described the update as a “real mess” and “the most amazing thing ever”.”

This could tie into the traditional end of season event, which should take place within the next two weeks.

Needless to say, the new update will be accompanied by all manner of leaks, including new skins, challenges and lots more.

Express Online will keep this story updated with  additional patch notes and leaks.

• Total Bars appearing as 0 in a match

– Players may on rare occasion load into a match without their total Bars available, showing 0 in their persistent stash.

– Don’t worry, your total collected Bars are still tracked – but collecting Bars in the match where they appear at 0 will not add to your cumulative total.

• Purple XP Coins disappearing when driven through (without granting XP)

– When driven through, Purple XP Coins disappear without granting XP.

– Players will have to reform their party to continue matchmaking if an unreadied party member is removed from the party.

– We’re investigating an issue that is causing Phone Booths to not respect island settings when using the island setting “Start With Pickaxe” to “No.”

• Long loading screen after completing a session on PlayStation/Xbox

– We’re investigating an issue that is causing players to experience a long loading screen after completing a session on PlayStation and Xbox consoles.

– When playing Fortnite, players cannot create system-level parties that include players on both PS5 and PS4.

– In competitive playlists, players do not have access to their persistent stash of Bars.

– Instead, they are granted a set amount at the beginning of each match. This is intended.

– However, your end total of Bars in competitive playlists may appear in the Lobby in place of your persistent stash. This is a visual issue only.

– Cars do not consistently damage objects or players upon impact.

– Due to an issue, Rift Fish have been temporarily disabled.

• Camera may hitch near a car after exiting

– Players and Spectators may notice inconsistent camera behaviour or stuttering after being near a Car they recently drove then exited.

• 3D resolution reset itself even if the player saved the settings

– The 3D reset itself to 75% on each launch of the title, even if the player saved their settings to 100% in the last session.

– Players are shown a ‘Keep These Video Settings?’ message and are unable to change their custom controls.