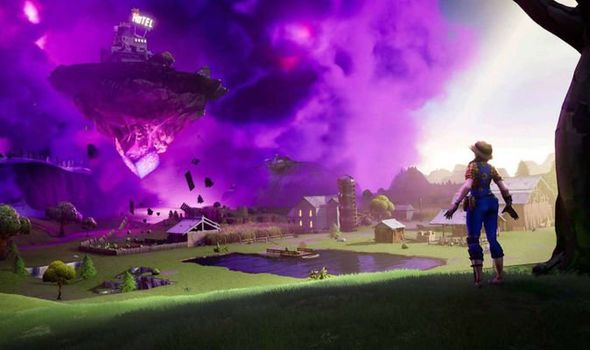 Fortnite update 17.50 is expected to launch this week. The final patch before the Fortnite season 8 release date could be launching on Tuesday August 31. And ahead of official confirmation about the 17.50 download fans have found out what the new Fortnite patch could bring.

The biggest rumoured feature of the Fortnite 17.50 update is the addition of a new Kevin the Cube event.

Long time Fortnite fans will recall the Cube was a major part of Fortnite chapter 1, featuring prominently in season 5 and 6.

And it’s rumoured Kevin the Cube will be returning at the tail end of Fortnite season 7, and the Cube’s comeback will be linked to the Fortnite chapter 3 storyline.

This rumour has been circulating for some time now, and was outlined in a wide-ranging leak that revealed the Ariana Grande event well before it was officially announced.

This leak was previously highlighted by notable leaker ShiinaBR who posted: “RUMOR: 15 hours ago, a post was published by a moderator on the subreddit r/FortniteLeaks claiming to have insider information about upcoming things in Fortnite.

“The source who provided the insider information apparently leaked a LOT of information about Season 6 correctly.”

The leak, among other things, claimed Kevin will return towards the end of chapter 2 season 7 and the Cube will be controlled by a new unknown Queen character.

This character is allegedly linked to the Fortnite chapter 3 storyline, and it’s claimed this brand new chapter of Fortnite will see a new map launched.

Elsewhere, Fortnite 17.50 could see the Coral Castle POI get abducted – with the Corny Complex abduction allegedly next up.

New weapons could also be added with Fortnite update 17.50, with a charge sniper weapon potentially heading to Battle Royale soon.

The new Fortnite update could also add new skins, with Will Smith and Chris Hemsworth reportedly the focus of the next inbound cosmetics.

Elsewhere, the Fortnite Trello board has revealed one new fix that will be coming in Fortnite update 17.50.

The issue is “losing item functionality after swapping from Prop-ifier to Consumable”.

Describing the issue, the Fortnite Trello board said: “Players may be unable to use the items in their inventory (including their Pickaxe) after swapping from a Prop-ifier to a Consumable item.”

If Fortnite update 17.50 is out on Tuesday then Battle Royale fans can expect a period of server downtime beforehand.

This patch is set to be the final major update ahead of the Fortnite season 8 release date.

The new Battle Pass is expected to launch the week beginning Monday September 13.