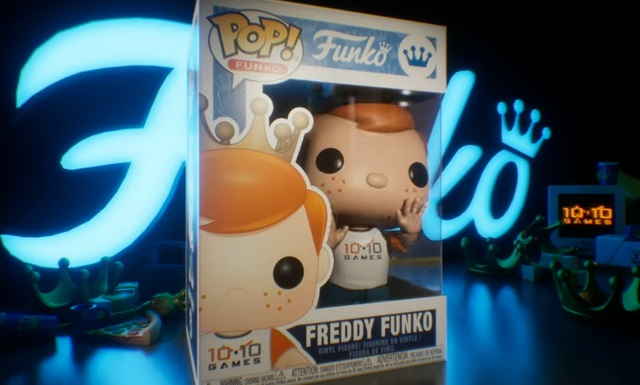 A new studio founded by former Traveller’s Tales staff is helming a Funko Pop platformer, which promises a lot of third party integration.

There was very little video game news to come out of this year’s San Diego Comic-Con, just some hints about Star Wars Jedi: Survivor via some new action figures.

One of the only new games to be announced at the event was a triple-A Funko Pop action platformer, making it the first of its kind (that Gears Of War Funko Pop game didn’t happen; it was a collective fever dream).

We only have a teaser trailer, that doesn’t feature any gameplay, but it is slated to release in 2023 for all major consoles and PC and is in development at 10:10 Games.

This studio is a new start-up that was only founded in 2021, with this Funko game set to be its first release.

The studio was founded by one Jon Burton. As in, the same Jon Burton who founded Traveller’s Tales, the developer responsible for all the modern Lego games, including Lego Star Wars: The Skywalker Saga.

Studio co-founder and design director Arthur Parsons, who also worked at Traveller’s Tales, has said ‘Funko is an iconic brand that truly understands the ingredients it takes to develop a world class video game.

‘10:10 Games is thrilled to bring to life a new experience for their fans and video gamers alike.’

Considering how many pop culture icons from video games, movies, and TV shows have received their own Funko Pop figure, it’s safe to assume that the game will feature a wide array of characters from other franchises, akin to Lego Dimensions (but maybe without the toys to life part).

In fact, the development team has confirmed that it will feature ‘major third party studio integration.’

‘By partnering with 10:10 Games and utilising the best creators in the business, we will have the talent to deliver games that reflect Funko’s unique look and feel across its lines and varied products.’

A proper look at the game shouldn’t be too far off if it’s meant to release next year. As for which characters could be featured, the possibilities are nearly limitless. There have been Funko Pop toys for Star Wars, Marvel, Stranger Things, even Fortnite, so the company has enough partnerships to fill out a video game roster and then some.