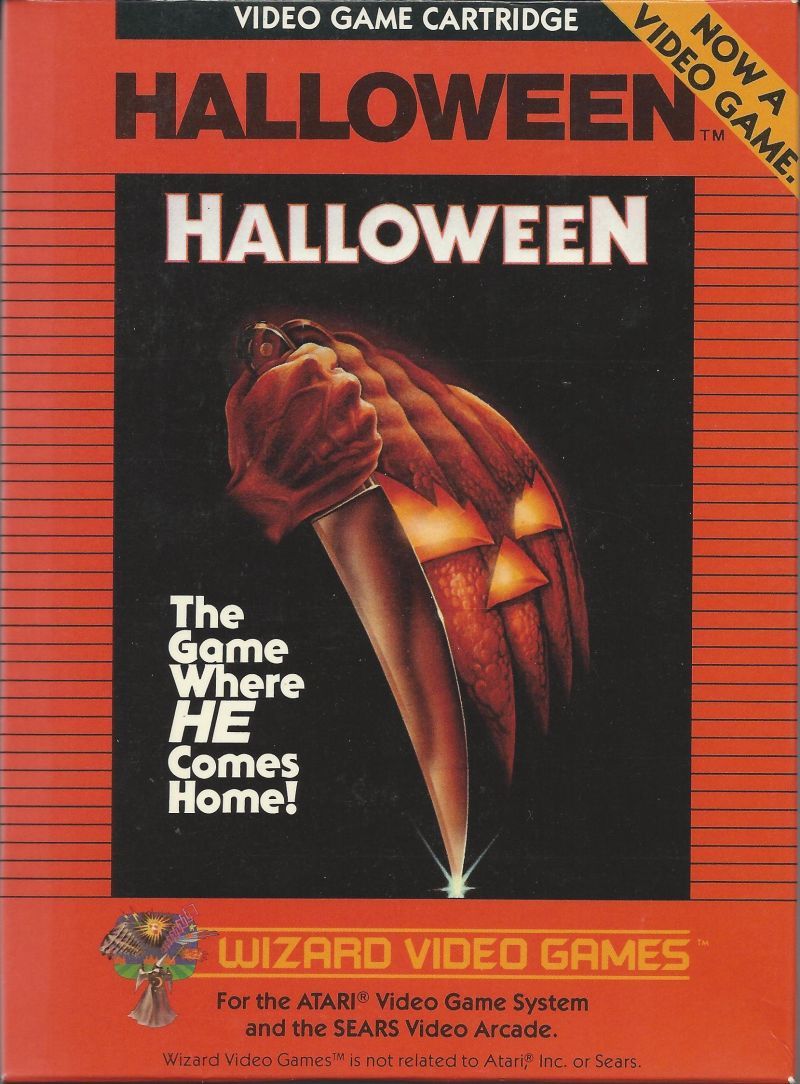 The Monday letters page doesn’t think Apple should get involved with games, as one reader is surprised to enjoy Project CARS 3.

Season of the witch
I’m sure GC will know this, but has there ever been a game based on Halloween? I don’t remember hearing about one but I’m sure they tried to turn it into a 2D platformer on the NES or something. Not that the future adventures of Michael Myers is a particularly good idea for a game but as we get closer to spooky season I’m looking for something appropriate to play.

I’ve seen people say before that they play certain types of games at different times of the year, but it’s been a long while since I’ve played a horror game. I guess Resident Evil Village is the obvious one, but it didn’t sound great and I’m worried I can too easily imagine what it’s like.

Something weird and unusual would be best, as I kind of know what I’m getting from Resident Evil, and Dead Space, and whatever. I was thinking of giving the Evil Dead game a go. I know GC weren’t too keen but they didn’t hate it and I’d be interested to know if any readers are fans?
Mocle

GC: There was a game on the Atari VCS, which is actually extremely rare, as the company responsible only made it and The Texas Chainsaw Massacre but most American stores refused to stock them. We’ve never played either but apparently they have next to nothing to do with the films.

Video games+
Personally, I don’t see what interest Apple could really have in video games. Google and Amazon have already proven that not only are streaming services not a guaranteed but they’re really difficult, expensive, and time consuming to set up. Why would Apple want any of that? They’re not exactly desperate for new revenue sources.

I guess they could’ve maybe bought Stadia and tried to run it themselves but none of it works well with their phones unless you use a controller, which is not something they’re likely to want to get into.

Personally, I think the most likely fallout from the collapse of Stadia will be lots of different publishers getting their own streaming service, like we have with TV content. I know that’s not a really a good thing, but I think it’s the most logical income. You know EA and Ubisoft are keen and if the streaming tech is just a case of licensing it from Microsoft or Google I’m sure we’ll be getting Rockstar+ and all the rest of it sooner than later.
Proscer

Directors get old
No offense to John Carpenter but I don’t want him to make a Dead Space movie/film.

Don’t get me wrong. The Thing and Halloween are fantastic films, and Escape From L.A. or New York, whichever came first is perfectly entertaining and spawned Metal Gear hero Snake, but the last few I watched were not up to snuff.

Let a new director make the film and let Mr Carpenter script it. Although a tense, mostly word free scare ‘em-up going through the Ishimura (I believe it’s called) witnessing the twisted body horror and gore as you go would suit me fine. I know he was talking about the more shooter based third game but I feel a mix of the first two games would be way better.
Bobwallett

GC: Mixing up Escape From New York and L.A. is like not distinguishing between The Empire Strikes Back and Attack of the Clones. Carpenter has only made one new movie in the last 20 years; we doubt he’ll be back for Dead Space or anything else big budget.

Bullet Bill
Mario with guns? He’s been cruising around on his kart with guided missiles for the last thirty years.

Anyone who’s felt the sting of three red shells just before the end of a race will know that underneath that cheery Charlie Martinet exterior beats the cold, dark heart of a killer. At least death stare Luigi doesn’t try to hide his true nature.

And don’t even get me started on Peach. Or Toad. Oran of them!
Richard Tillotson

Successful Project
Well, what a little gem Project CARS 3 is. I’ve spent around 25 hours with it so far and I’ve absolutely loved every minute of it. Like every good racer seems to be, it is a little rough around the edges, but that just seems to add to its charm.

My only complaint would be how grindy it can be to earn money, but the actual racing is spot on and perfectly occupies that space between serious and arcade racer, that it aims for, perfectly. Wouldn’t have even been on my radar if Project CARS 2 hadn’t been removed from digital stores and I’d read your article on it!
Rickandrolla (PSN ID)

Movie pointers
In response to the very good Reader’s Feature from Lask at the weekend.

I scoffed at the headline – The future of Nintendo must be on PC – at first but then read the article and they put some very good points across.

Kudos to you sir/madam.

My only argument (for want of a better word) is that Nintendo have never really been fixated on getting games onto the screen regardless of its format.

They have always tried to make you feel games when you’re playing and not just, playing them for playing them sake.

Microsoft might have an endless supply of money and, to be honest, I don’t feel the least bit sorry for Sony because they were using their financial muscle to shove Nintendo out of the way when they were selling their consoles at a loss, all while projecting that Nintendo was some sort of deranged uncle that didn’t know what they were doing with console games. So what goes around, comes around and if a company like Apple comes in and does the same to Microsoft? So be it.

What Nintendo has intelligently done is invest in other media like movies, merchandise, and theme parks.

gta Anyone who has played Smash Bros. on the Switch will tell you they didn’t realise Nintendo had the rights to so many characters and not just Mario, Link, and the obvious ones.

Admittedly, they’re not all big hitters but the list is almost endless, their consoles (regardless of sales) are actually quite robust and fun to play. The quality will always shines through.

I’m actually in Microsoft’s corner on this one because I own an Xbox Series S and I love it and for me as a consumer, it’s such good value for money.

Yet now and again I need that Nintendo kick, that makes me feel like a big kid again.

I believe and hope Nintendo and Microsoft can co-exist.
freeway 77

GC: You make a good point about their multimedia ventures. The Super Mario Bros. Movie could end up being more important for Nintendo’s future than any recent game.

Regular visits
The game that I keep coming back to is The Witcher 3. I played through it the first time and was amazed by the quality of the side quests. Then the Game Of The Year version came out and I did a full replay with the DLC.

Now I go back and replay sections to see what other outcomes there are or just to ride across the continent and play Gwent with everyone. Geralt and co. are like old friends at this point and it’s a great world to get lost in.
Hazydave

Acting job
I have recently read a bit of a controversy around Steven Ogg (Trevor from GTA 5) in his Cameo videos.

In some of his recent ones he has been repeatedly referring to Trevor as a cartoon character, and he is not a cartoon, and all coming to a head in a Cameo sent to a YouTuber called Hugo One. He rants for almost two minutes (while being paid $140) about how he is an actor and not a cartoon and being very disparaging towards GTA in general.

On a surface level this is understandably quite disrespectful, not least because they are paid videos from fans of the game and of his performance in them.

However, having seen all videos where he refers to Trevor as a cartoon, and a lot of his previous videos on Cameo where he wishes happy birthday, etc. to fans of the series I’m starting to believe he was actually being Trevor throughout the recent ones. His mannerisms, facial expressions, and the way he talks seem completely different and very Trevor like. It is very meta, but it sort of seems like he is being Trevor being Steven.

After all, Trevor is not exactly a nice person, is he? One of the most depraved in the GTA universe, at least in terms of playable characters.

It’s either that or he is having a very bad couple of weeks.

I wonder what other people’s views on this?
Matt

GC: Our view is that $140 sounds surprisingly cheap for two minutes.

Inbox also-rans
Inspired by the many positive recommendations for XCOM 2 I searched the Xbox store only to find the Deluxe Edition was on sale for £6. Its currently downloading. I hope I enjoy it as much as the weekend readers. It’s not my usual type of game.
Manic miner 100 (gamertag)
PS: It’s on sale until Tuesday.

GC: You’re about to take your first step into a larger world.

I can’t believe Gotham Knights is out on Friday and I feel like we haven’t heard anything about it, hardly. I know you don’t like being asked about embargoes, because of the NDAs, but will the reviews be before launch?
Denton

This week’s Hot Topic
The subject for this weekend’s Inbox was inspired by reader Carlos, and asks what video game are you best at?

No matter how old it is or on what format – single-player or multiplayer – what game do you feel you’ve truly mastered? Do you consider yourself good at it compared to other people and did you get anywhere of note on online leaderboards, if the game had any?

How did you get good at the game? Was it something you practiced at a lot or did you just seem to be a bit of a natural? Are you good at other similar games or are your specialities fairly specific?