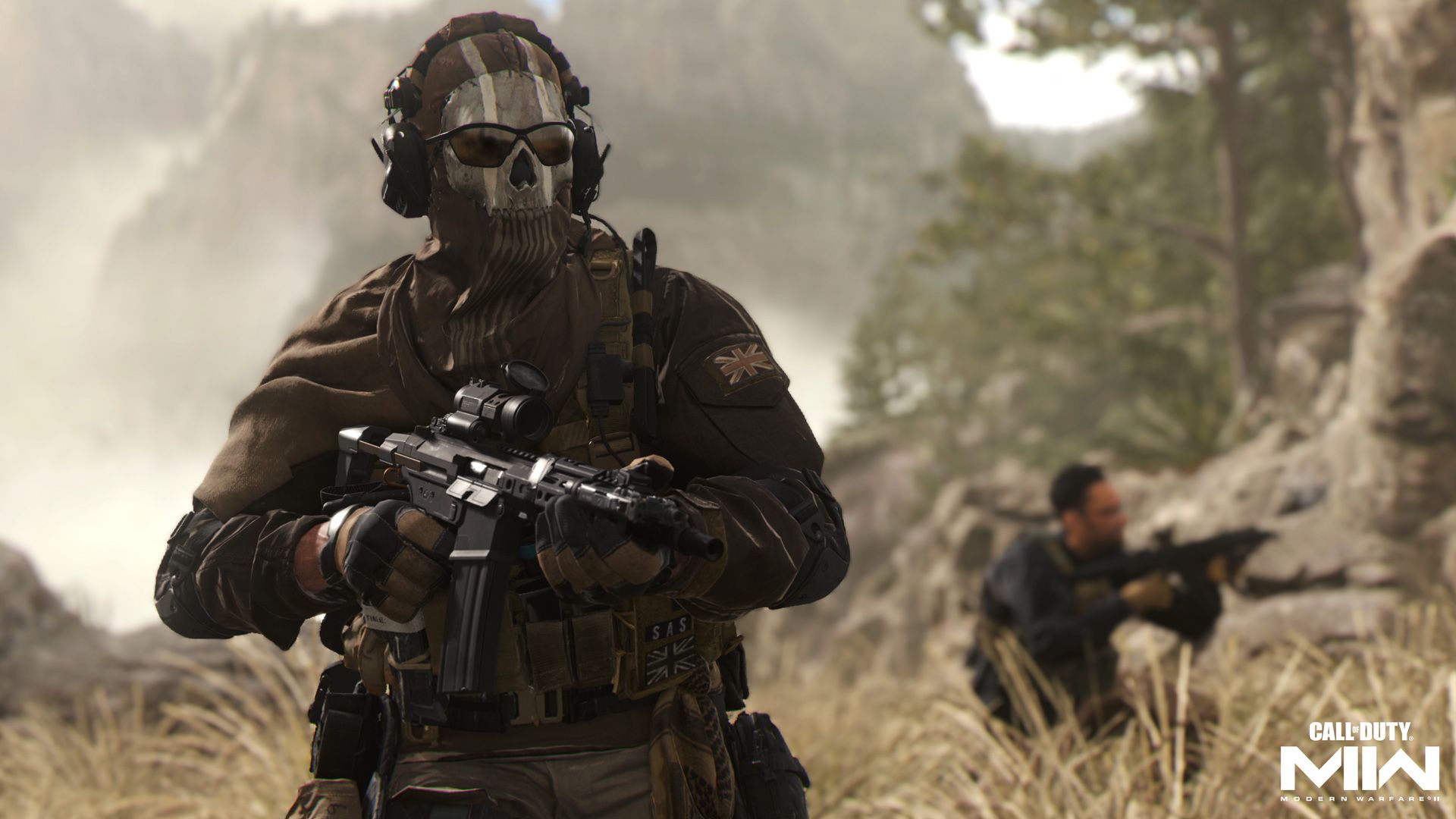 The Tuesday letters page has an unusual tip for saving money on Xbox and PS Plus, as one reader is disappointed by Splatoon 3’s new presenters.

Exception to the rule
To reply to TommyFatFingers. I practically never buy games on launch day. I think the last time I did it was whichever Call Of Duty was a decade or so ago (Black Ops 2, maybe?) because the shops always did crazy deals to drag people in, so I probably got it for £25 with my Tesco shop or something. I usually just wait until things drop in price or go on sale, and rely on my ludicrous backlog to tide me over for the quiet periods. But there is one game I might just have to make an exception for: Return To Monkey Island.

I’ve mentioned it here before, that it’s a game I’ve been hoping for for nearly 25 years, since I first played the original two and found out that Curse Of Monkey Island wasn’t the third game that had been planned by Ron Gilbert. I’d long ago accepted the fact that it was never going to happen, so unless the reviews are absolutely horrendous then that will be my first launch day, full-priced purchase in many a year.
Sparky the Yak

Sensible budgeting
In response to TommyFatFingers’ letter. There are a few games I plan to buy at full price.

Splatoon 3. I love Splatoon 2 and now I’m in Asia. So I plan to play a lot more Splatoon now that I’m hopefully in a better populated area for this game. I’ve already signed up for Splatoon 3 tournament day of release.

Call Of Duty: Modern Warfare 2. I skipped Call Of Duty last year due to the WW2 setting and not really enjoying the beta. But if the beta is good, and the DMZ mode has a good hook, then I’ll buy the new one on day one. I also play Warzone with my friends, so Call Of Duty gets a lot of mileage for me.

Mario + Rabbids Sparks Of Hope. The first game was brilliant and they have enough cachet with me that they’d have to do something incredibly bad with the game for me not to buy it.

Zelda: Breath Of The Wild 2. It’s Zelda, It’s Nintendo. I have faith.

You may ask why I’m planning to pay full price for these games. Planning doesn’t necessarily mean that I will. I will still read the reviews and check footage out before I hand over my cash. The same as TommyFatFingers. I plan it so that I can budget. I sit down and I think: ‘These are games I most likely want to play day one’ then I put aside the £60-70 each.
Anthony Daniels

Law of diminishing hosts
I can’t wait for Splatoon 3, but the global Splatfest has left me a bit disappointed because the hosts of Splatoon 3 are absolutely horrible.

In 1, we had Squid Sisters Callie and Marie, who had banter whilst announcing the stages. You could see their reactions to each other’s jokes.

In 2 we had Pearl and Marina, almost as cool but less banter.

In 3 we have Shiver, Frye, and Big Man. Horrible generic names. I mean, Big Man? When the stages are shown it’s just on the TV that Big Man is holding, you don’t see the chat and reactions from Shiver and Frye.

The worst part is the design of Frye, it’s like they created a character strictly using basic geometry shapes. Horrible.
JDB

GC: Callie and Marie was also a much better pun.

Simple explanation
I recently played Rage 2. I found that the combat/gunplay was absolutely superb, never got old. Really fun, The rest of the game was awful of course. It was annoying to be honest, having gunplay that good with everything else around it being shoddy.

A letter on GC today mentioned Mad Max, a game that has never been on my radar, so I googled your review.

Please explain to me, how the same developer made these two games?

If you took elements of both these games gameplay and put them together, sprinkle in a bit Obsidian’s writing and imagination into it and you’re onto a potential great….

Strangely Bethesda are connected to all three.
Razzledazzle

GC: Rage 2 was co-developed with id Software, so they handled the first person combat and Avalanche did the open world stuff. Mad Max was also probably a different internal team, not to mention whatever differences in budget there were between the two games.

Specialist sites
I know this may be a grey area for some, but does anybody use foreign stores to purchase games or subscriptions? For instance, I got three years’ worth of Game Pass Ultimate for £48 by buying Brazilian Xbox Live then using the £1 upgrade to change it to Game Pass. I also use sites such as Gamivo and Eneba to pick up Xbox games for sometimes half the price of what they retail for. For instance, I got Elden Ring on release for £24.

There are also sites where people in certain countries will send you the game via gifting it to you, then you change your region via VPN or the console, then redeem the code. Using the same method on PSN via Turkey, I got two years top tier PS Plus (they don’t do the streaming tier) for £44 and I can play and access the games and all the PS Plus benefits by setting my console as the home one.

I’ve been doing this, especially on Xbox (as it’s easier), for about four or five years now and as I game share with a friend, everything is halved. I just wondered how many people, if there are others, also do the same thing?
AreOhBe85 (gamertag/PSN ID)

Kicking while they’re down
It’s quite clear the PlayStation 5 hasn’t changed its price in the US because it’s the most important region for PlayStation and the Xbox is very competitive on home territory. Some gamers have suggested Xbox should lower their console prices to give Sony a bloody nose, but I don’t see that as being very realistic given they are now cheaper in all regions, aside from the US. However, if Xbox has a disc-less Xbox Series X in the works, now would be the time to release it.

Goodbye video
Very sad to see the news about Oliver Frey passing, the creators of the Bedroom to Billions documentaries made a tribute video to him, as he did a lot of artwork for their documentaries.
Andrew J.
PS: The free games on Epic Games Store currently are Destiny 2, Ring Of Pain, and DLC for Knockout City. You have until Thursday at 4pm to claim the free games and content.

Discovered gem
Just a quick heads up that you might want to try check out Islets if you have a little space in your review schedule. Yup, it’s another indie Metroidvania but it takes the standard template and carries it out so we’ll and with an absolute minimum of friction.

It’s not an absolute world beater but it kinda goes about everything exactly as you’d want from these kind of games. It’s my first real hidden gem of the year.
Matt

GC: We’ll see if we can fit it in, but we’d welcome a Reader’s Feature on it if you have the time.

Gotta go fast
Warning: potential spoilers for Sonic Frontiers, a game most of us will not play but instead point and laugh at.

So nowadays most developers are just presenting the build of a game they’ve got ready to go, and then restricting the amount of time one can play it for. Makes a lot of sense, since it saves on resources, as no one has to make a demo build and everyone can focus purely on making the game as good as it can be. Plus, while we all enjoyed the demo discs of our youth, they’re pretty unneeded at this point with the popularity of cloud gaming and Steam’s two hour play-time returns policy essentially allowing us all a chance to ‘try before you buy’.

Hilariously, a player at Gamescom managed to make it all the way to when Knuckles appears in Sonic Frontiers, allegedly three stages in. All players of the ‘demo’ had 15 minutes to play before being cut off, but this player made it quite far. Honestly, how Sega didn’t realise this could happen given Sonic games have always attracted speed runners is pretty baffling, but it presents an interesting insight into the issues with not making proper demos for a game.

Maybe the time limit should only be an option for demos downloaded from digital stores, and developers should make actual demos for game shows/conventions to avoid issues such as this.
Sunny

GC: We’re beginning to think that every time Sega makes a Sonic game, they immediately wipe it from their memory when it’s done. It would explain a lot.

Inbox also-rans
I know a lot of countries are looking into the Activision Blizzard acquisition to see if it’s fair but do all countries have to agree and say it’s OK to go ahead? Or is it if one country says no then the deal can’t go ahead?
David

GC: No, but they may limit how Activision Blizzard can operate in their country. Although if it’s a major market, especially if it’s the US, then the whole deal would likely be cancelled.

So glad to hear that Sony is spending its money buying mobile developers and will instantly put them to work making live service games. If there’s one thing I think of when I hear the word PlayStation, it’s money-grabbing live service mobile games designed purely for the 1% of people that spend money on them.
Mr Sarcastic

This week’s Hot Topic
The subject for this weekend’s Inbox was suggested by reader Pinky, who asks what do you do when you’re stuck in a video game?

As technology has changed so too has the way people cope with difficult games, either because they’re stuck by a puzzle, don’t know where to go, or simply because it’s too hard. So what do you usually do? Do you look for text-based help online, watch a video, ask a friend, or something else?

Do you still buy physical guides and if so, is that primarily for help playing the game or more as a collector’s item?