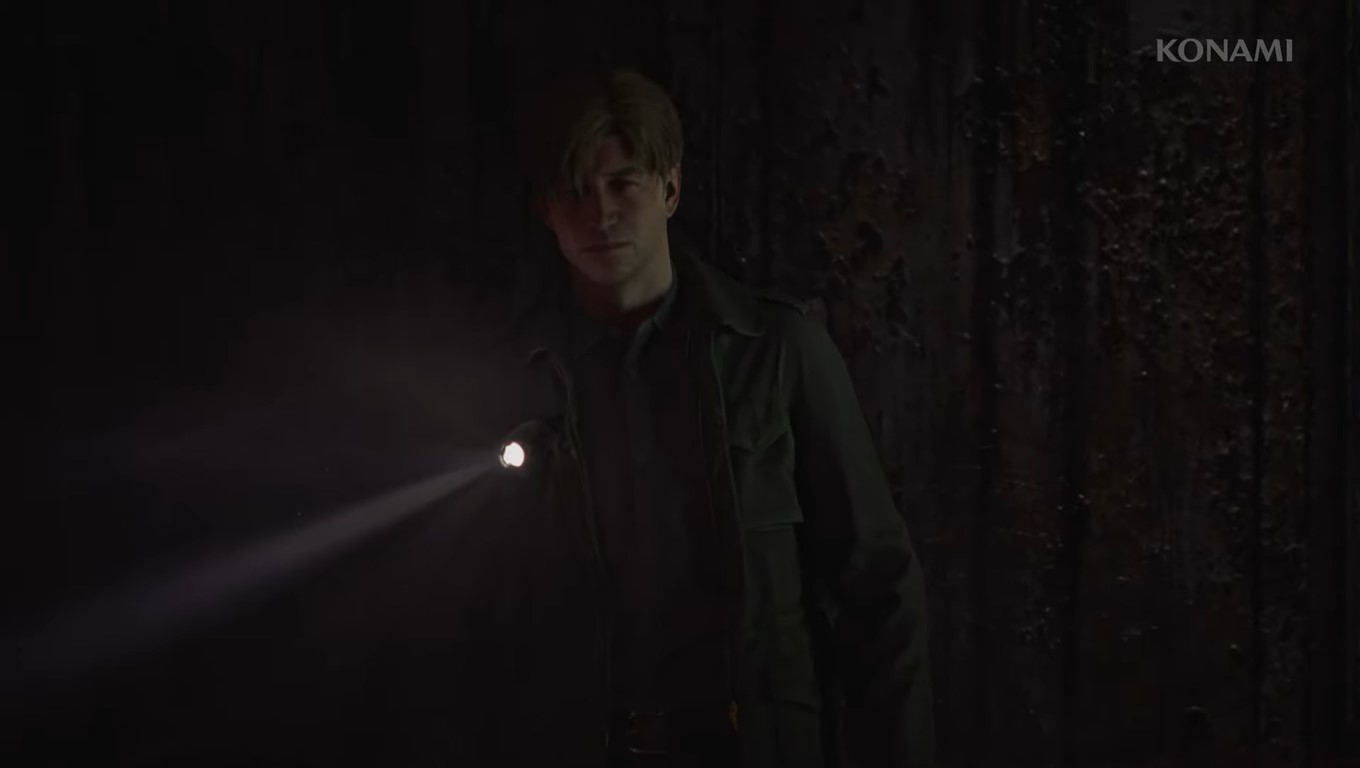 The Thursday letters page is looking forward to Mario + Rabbids Sparks Of Hope this week, as one reader is optimistic about the future of horror.

Mysterious Hill
I guess there’s no answer to this but I’m going to ask the question anyway: why is Konami suddenly so obsessed with Silent Hill? There’s talk of multiple new games, a remake, a new film… you’d think this was some mega franchise beloved the world over, but it’s not. Even Silent Hill 2 barely sold more than a million copies and it’s all been downhill since then.

Don’t get me wrong, I do like Silent Hill 2 and 3 but I don’t even know what’s to gain from a remake. Sure, the graphics will be better, but the game was never about the action so if they’re trying to turn it into Resident Evil that’s going to be completely missing the point.

The point was that your character was just a completely ordinary dude. He wasn’t good at fighting and barely got by with just swinging a plank around. Maybe the remake could be good, maybe the other games will be good, but I just don’t get this. And why aren’t they putting at least equal effort into Castlevania? At least people have heard of that.
Preston

New gods
So it’s been said that God Of War Ragnarök will be the last set around Nordic mythology, so what do we think is going to happen next? The series is far too successful to just stop but they seem to be building up to Kratos’ death (he looks so old in the last trailer!) and some big changes.

I don’t even know if Atreus is being groomed to take over, as it’s hrd to guess where his story is going (anyone’s that beaten the last game will know what I’m getting).

I think it’s easier to guess what mythology it will take on next though, as Egypt is the other cool one with lots of different gods, that no-one’s going to be offended if you mess around with. But who will be their god of war? A completely new character is fine but it’s going to be hard to justify the story around it, as at that point it should really be a new franchise. Curious to see where all this is going, by which I mean my pre-order has been in for months!
Paulie

Midnight mystery
You mentioned you’d been to a lot of preview events lately, GC, but was Marvel’s Midnight Suns one of them? I’ve been looking forward to that game ever since they announced it, as a big Marvel stand and a fan of XCOM and other turn-based strategies (can’t wait for Mario + Rabbids Sparks Of Hope!).

I don’t feel we’ve really had a proper look at it yet though and I’m still not really sure how it works, especially in terms of the card game aspect. I know, another reader complaining about a lack of news from strangely silent publishers but it really is getting very strange.

If these publishers were people I’d be assuming I’d deeply offended them in some way, the way they refuse to acknowledge or speak to us.
Futterman

Acquisition apathy
I’m getting fed up with all this Activision buyout business. I trust Microsoft about as much as I trust the average MP (and our MPs lately are very average) and it’s so very obvious they’re going to make Call Of Duty an exclusive and put it on Game Pass the second it’s legally impossible. I don’t understand how they can pretend otherwise. Why did they want to buy the company if not for that reason?

It’s not just Microsoft of course, Sony would be the same if they had the money. All these companies, even Nintendo, are the same. They’re not in it for the art of gaming they’re in it to make profits for their shareholders, end of story.

I just wish Microsoft would either get the go ahead for the buyout or be told no, so we can stop hearing about it. But as one reader already said, even if they are denied it they’ll just end up trying again later until they get their way. The concept of an independent games industry is already dead.
Kent95

Spark of hope
Really looking forward to playing Mario + Rabbids Sparks Of Hope this weekend. Love the first one and the sequels sounds not only better but different, which is not a combination you get often. Ubisoft get a lot of flak for their identikit games and quite rightly so, but this is proof that they can do something weird and interesting if given the chance.

I just hope that they give the developers more of a chance to prove that in the future, with non-Nintendo games. The only time they did recently was with Immortals Fenyx Rising and while that was good it was also a total rip-off of Zelda: Breath Of The Wild.

Just let your developers create something new that they’re passionate about. I really do feel that’s the secret to a good game, not being a sequel or a licence or something purposefully familiar.
Tom Meadows

Happy Halloween
We’re coming up to Halloween and for the first time I feel optimistic about the future of the survival horror genre. Resident Evil is still going strong, Silent Hill is back, Dead Space is back, Dead Space’s creator is back, there’s a ton of Japanese games on the way, and indie horror is getting better and better.

I realise the danger that this could all still implode and amount to nothing, if none of these games sell well, but I don’t think they would’ve been started if the publishers hadn’t been relatively conservative about their chances and planned for that in advance.

And if they are a hit we can keep building out from there, with new franchises and new ideas. Horror films are so common because they’re really cheap to make and studios know there’s a built-in audience, and I hope survival horror can get like this too.

In the days of AA ‘super’ indie games that look just as good as full price games it’s becoming increasingly easy to make an amazing looking game on a relatively low budget. It’s my hope this will be the counter to AAA games becoming more and more expensive, and taking longer and longer to make. We might never get a $300 million survival horror but if we can get a dozen or more for the same price I’d much rather have that.
Sting

Avoiding the obvious
Given the success of Animal Crossing and The Sims, I really don’t understand why there aren’t more games like this. I don’t imagine they’re especially difficult to make (not technically anyway, I’m sure they’re difficult to balance and design) and yet publishers have all the proof in the world that the concept is super popular and profitable.

And yet for some reason, the second battle royales became a thing everyone was making those. It’s always surprising to realise just how narrow a view of gaming some publishers have, with gamers apparently far more keen to try something new than they are willing to acknowledge.
Gency

Variable frame rate
I’ve been reading with interest about the whole 30 vs. 60fps debate, it’s something I’ve been curious about since the debate started raging many years ago.

Now personally, I really do think everyone has different perceptions/abilities to take information in. I don’t perceive enough difference in most open world games to be that bothered between 30fps and 60fps and will always choose pretties over frame rate (I’m a PC gamer, so tweaking pretty much every graphics option is a thing). A good example of this is Control, I would rather have ray-tracing on and everything else maxed than a super high frame rate.

Another thing to consider is that films are still made in 24fps – and the 48fps experiment of The Hobbit was largely derided as looking awful. However, there are good reasons why film works at this even lower rate and games can look a bit staccato, mainly around motion blur.

Even for my rubbish eyes there are however exceptions, racing games are one. I have a high refresh rate monitor (120Hz), mainly bought as it’s a super ultra wide, 1440 monitor rather than the refresh rate. Racing games are pretty much the only thing I will drop pretties on to get a decent performance. This though is largely driven by the fact I race purely online, and performance issues will not only affect how well I do, but can also hamper my fellow competitors.

For whatever reason I’ve had the odd screen freeze, not good when hurtling towards a corner at 150mph! Even then, though, I’m not bothered about more than 60fps and often set my monitor to 60fps with gsync engaged to ensure consistency.

Anyway, perhaps console games could begin introducing the same graphics tweak options as PC games? That way gamers can get a bespoke gaming experience that suits their graphical tastes and preferences. Or at least, as another writer suggested, always include a performance vs. quality mode.

As ever, whatever you game on, have fun!
The Dude Abides

GC: There really isn’t any comparison with film, since the most important difference 60fps makes is to the smoothness of the controls not the visuals.

Inbox also-rans
Sorry, someone has probably already asked this but is your review of Gotham Knights going to be this week? I really don’t know what to expect of the game but since we still haven’t had a review from anyone, I feel that’s not a good sign…
Tin Man

This week’s Hot Topic
The subject for this weekend’s Inbox was inspired by reader Carlos, and asks what video game are you best at?

No matter how old it is or on what format – single-player or multiplayer – what game do you feel you’ve truly mastered? Do you consider yourself good at it compared to other people and did you get anywhere of note on online leaderboards, if the game had any?

How did you get good at the game? Was it something you practiced at a lot or did you just seem to be a bit of a natural? Are you good at other similar games or are your specialities fairly specific?